If anyone were to ask me, "List some of your top Transformer characters", I would certainly have to say that the Dinobots are (if I were able to group the five of them together to count as one personality…….and any fan of the Dinobots certainly would say they are most definitely characters, either as a group or individually) in my top ten, if not top five. ....I just can't seem to find them in the condition that I want....or that my OCD will allow me to buy.....and if I do, they are way overpriced.

Oh, the hardship that is my life.

I wasn't even in the hunt for this particular figure at this moment to be honest with you since I'm actually trying to save some money but I saw him and talked myself into getting him to cross yet another G2 figure that I need off of my list.

Here is my list of G2 figures that either have some meaning to me or that best represent my memories of the TV show growing up.

It's been a slow steady process of picking away at this list, but I am getting there.  Slow and steady wins the race. 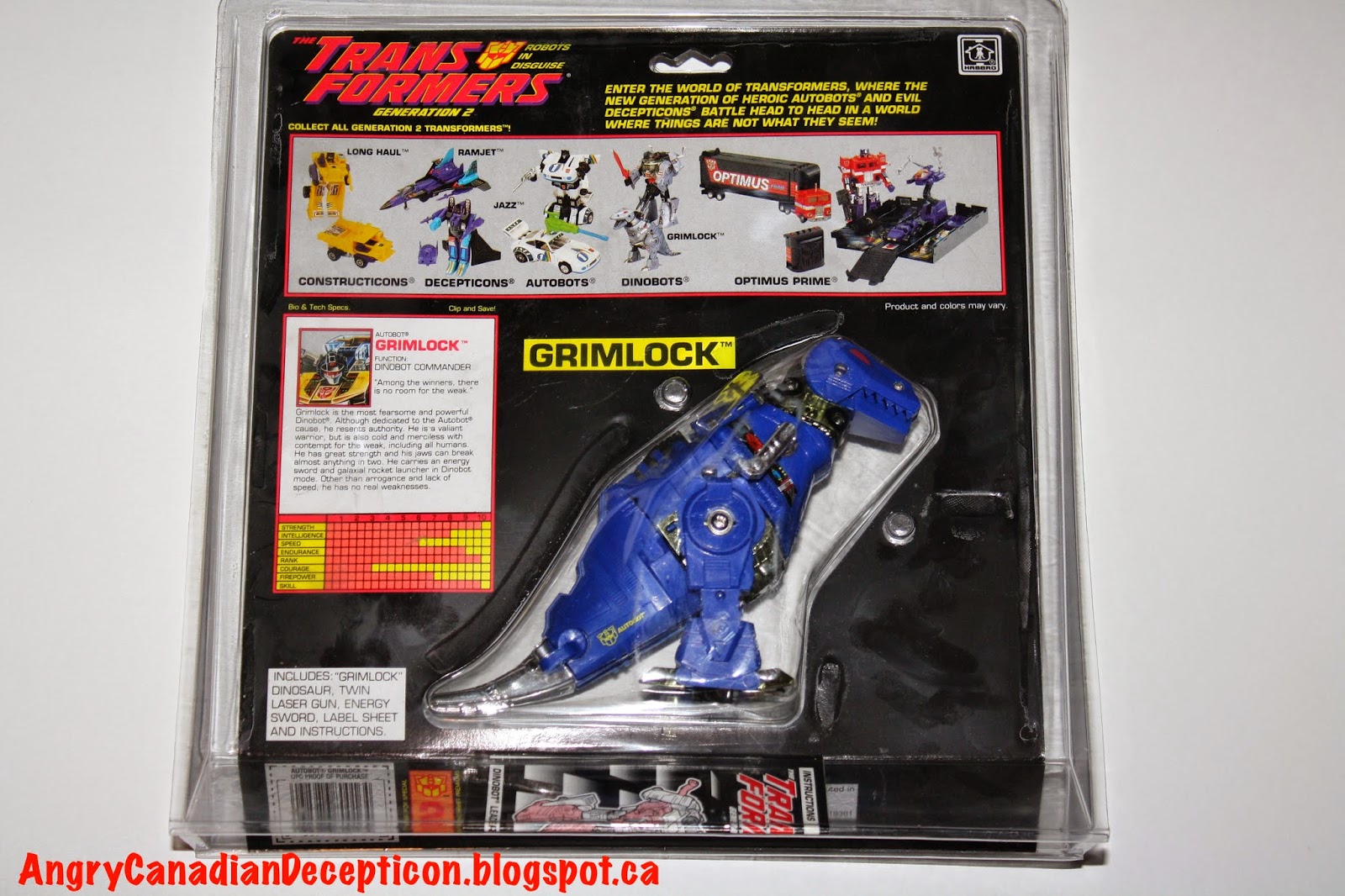 Bio
Most fearsome and powerful Dinobot. Although dedicated to the Autobot cause, resents authority. Cold merciless, but a valiant warrior. Has contempt for the weak, including all humans. Great strength, uses jaws to break almost anything in two. Carries energy sword and galaxial rocket launcher in Dinobot mode. Other than arrogance and lack of speed, has no real weakness.

Generation 2 saw more-or-less simultaneous release in the US and European markets, but Japan would not start the line (or even have any Transformers product at all on shelves, for that matter) until 1995.

I paid a lot more than I wanted for my BLUE G2 Grimlock considering that I don't have any of the G1 figures, but sometimes it is what it is.  He was just so nice looking I figures now was the time to do it.  the seller was nice enough to remove the Global Shipping Program but unfortunately I still got nabbed at the border on Customs Fees (it was worth taking the chance).

Suffice it to say there is certainly still interest in the G2 guys.

He was available in three different colors; the first—and rarest—in his original silver (the easiest way to spot if this is a Generation 2 or original is by the "Autobot" tampograph on his leg), then in a medium turquoise-blue, and finally (and most commonly) in a dark blue. 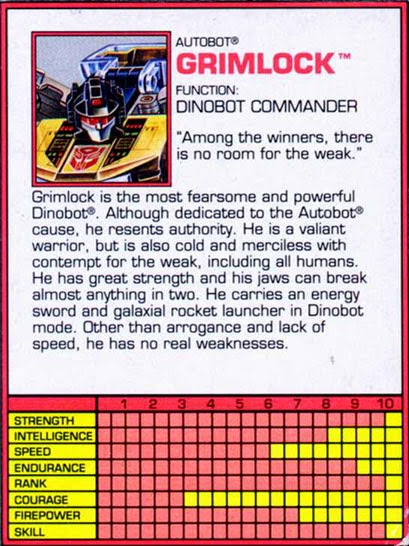 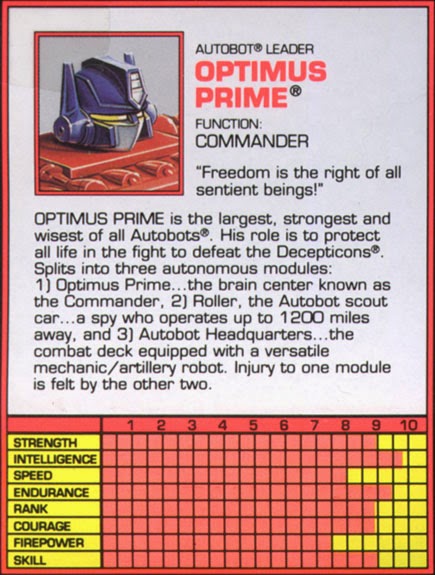 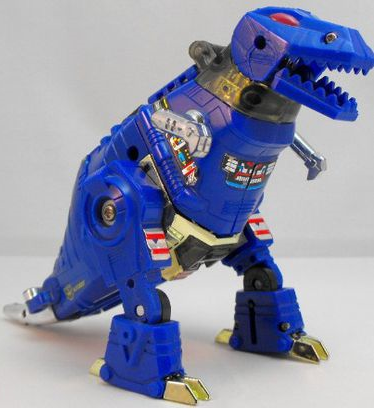 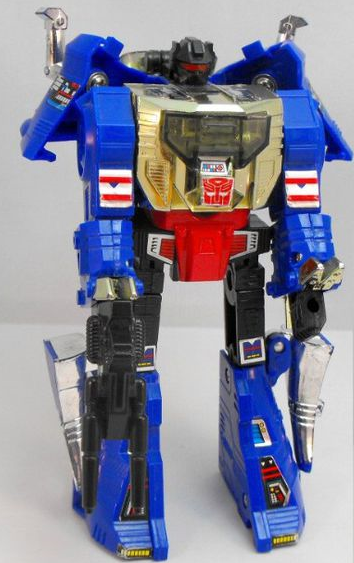 Here is a picture comparison between the G2 version (above) and G1 (below). 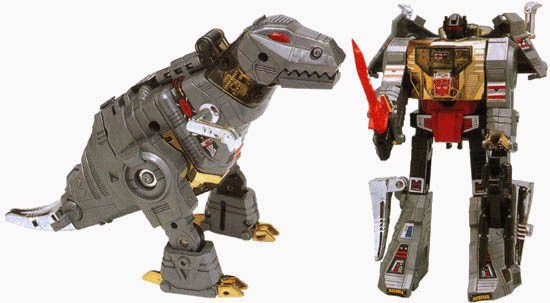 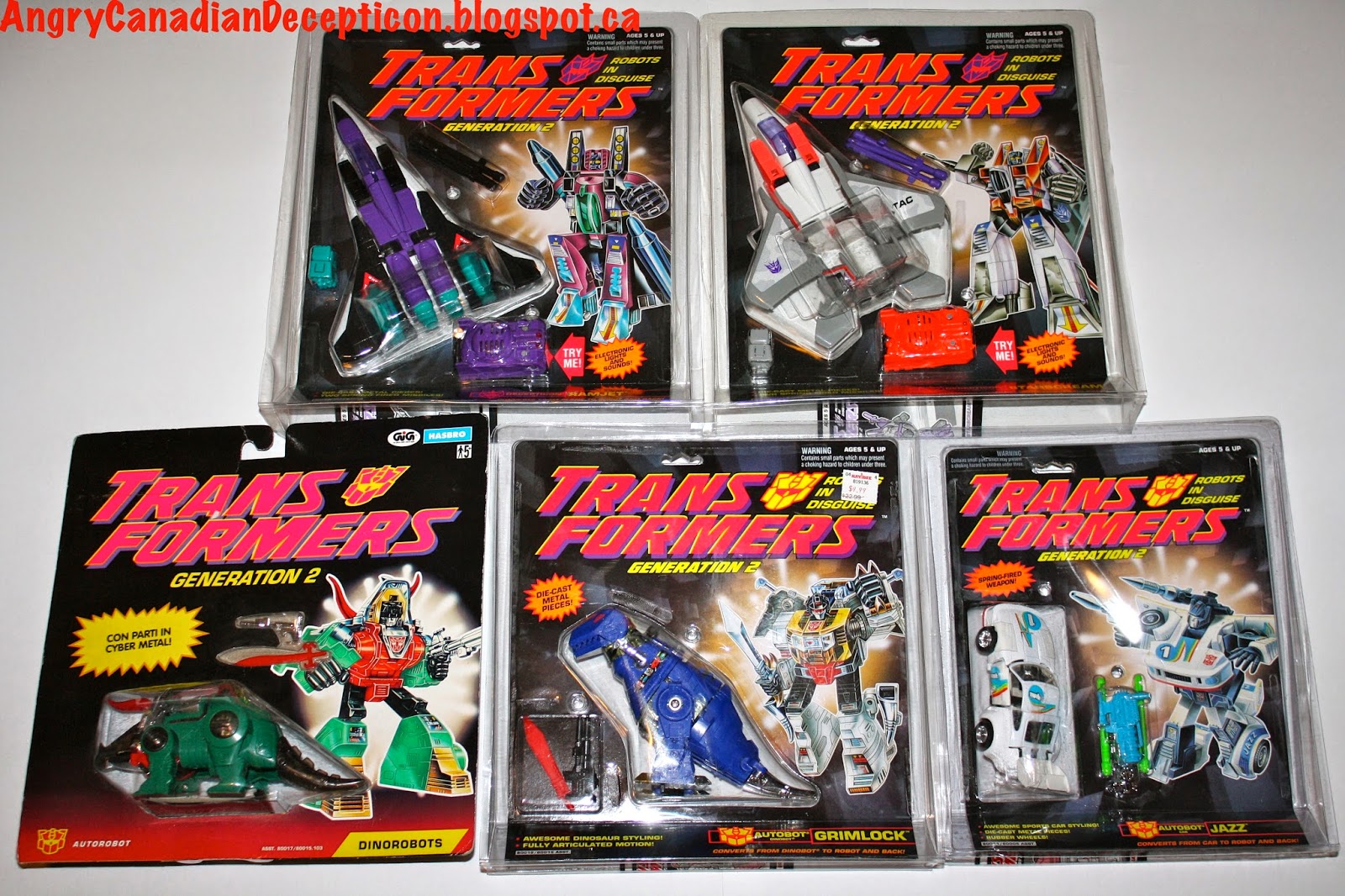 ALL IN THE FAMILY

Obviously I like Grimlock, and certain other key characters in this line as well.....but I already know what I like and why, so I pose these questions to you;

"Do you consider certain key G2 figures to be just as valid as their G1 originals?"

I look forward to responding to your replies but whatever side you take, I think that there is no denying that either together as a group or individually, they certainly evoke emotion and discussion from Transformer fans.

Posted by acdecepticon at 8:09 PM