And now for the final piece in this 3 of 4 part posting……presenting Ancient Animal #4 Stegosaurus.

The original Snarl came from Takara's Diaclone Dinosaur Robo series. When Hasbro imported the toy for the Transformers line, the Diaclone driver mini-figure was dropped and the robot
mode's black torso was turned to a more team-matching red (thus the Snarl we know today). 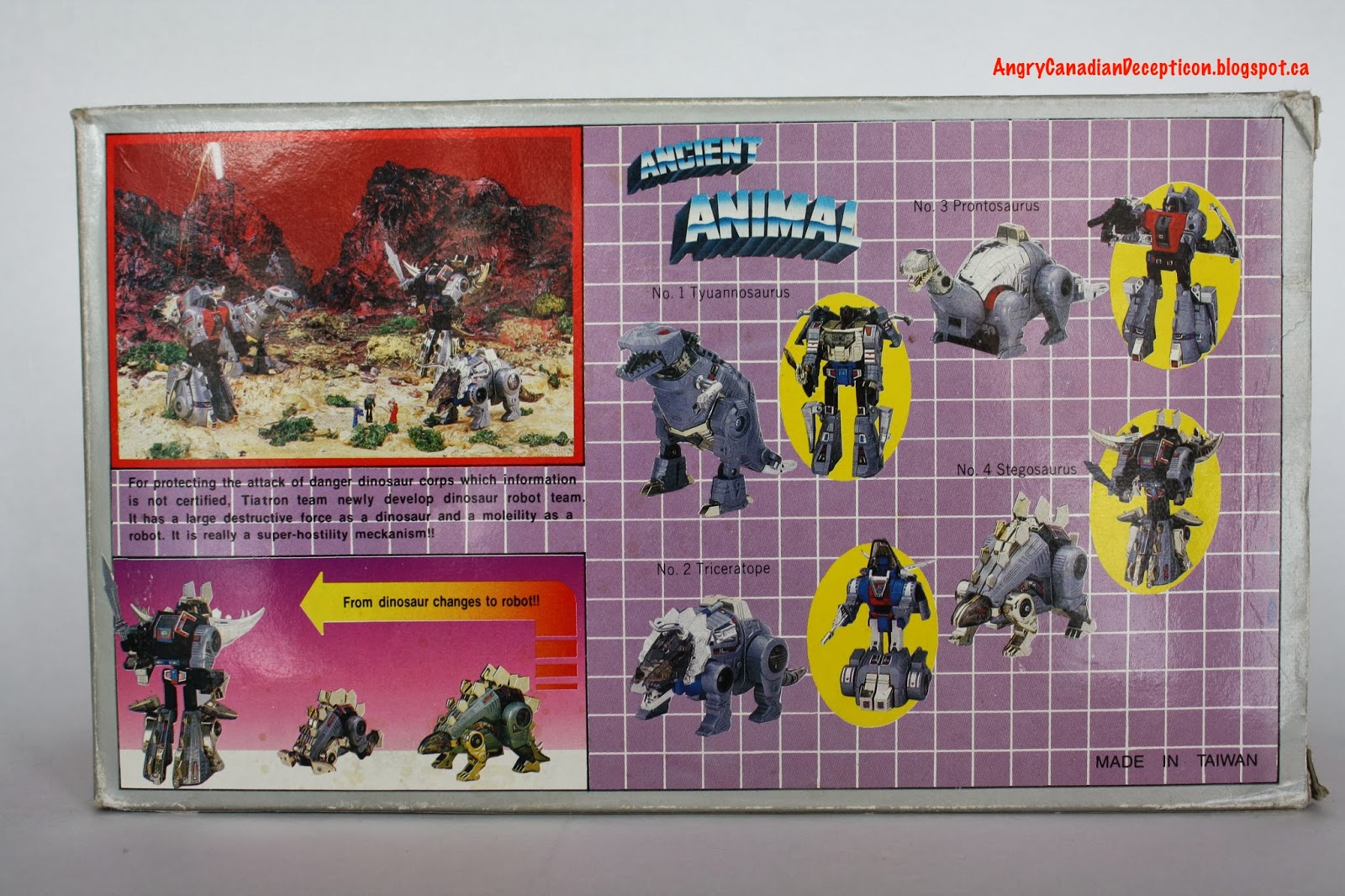 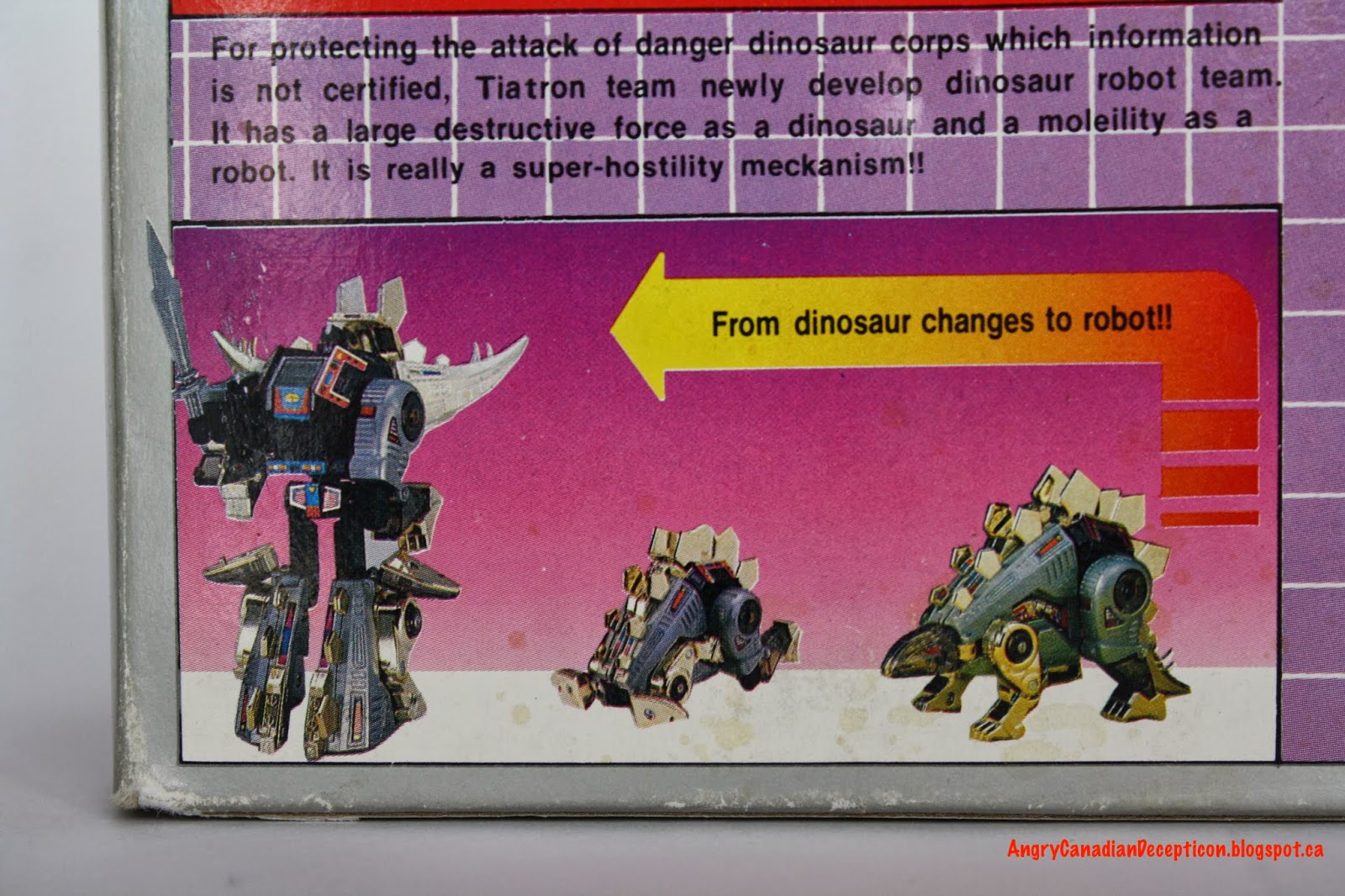 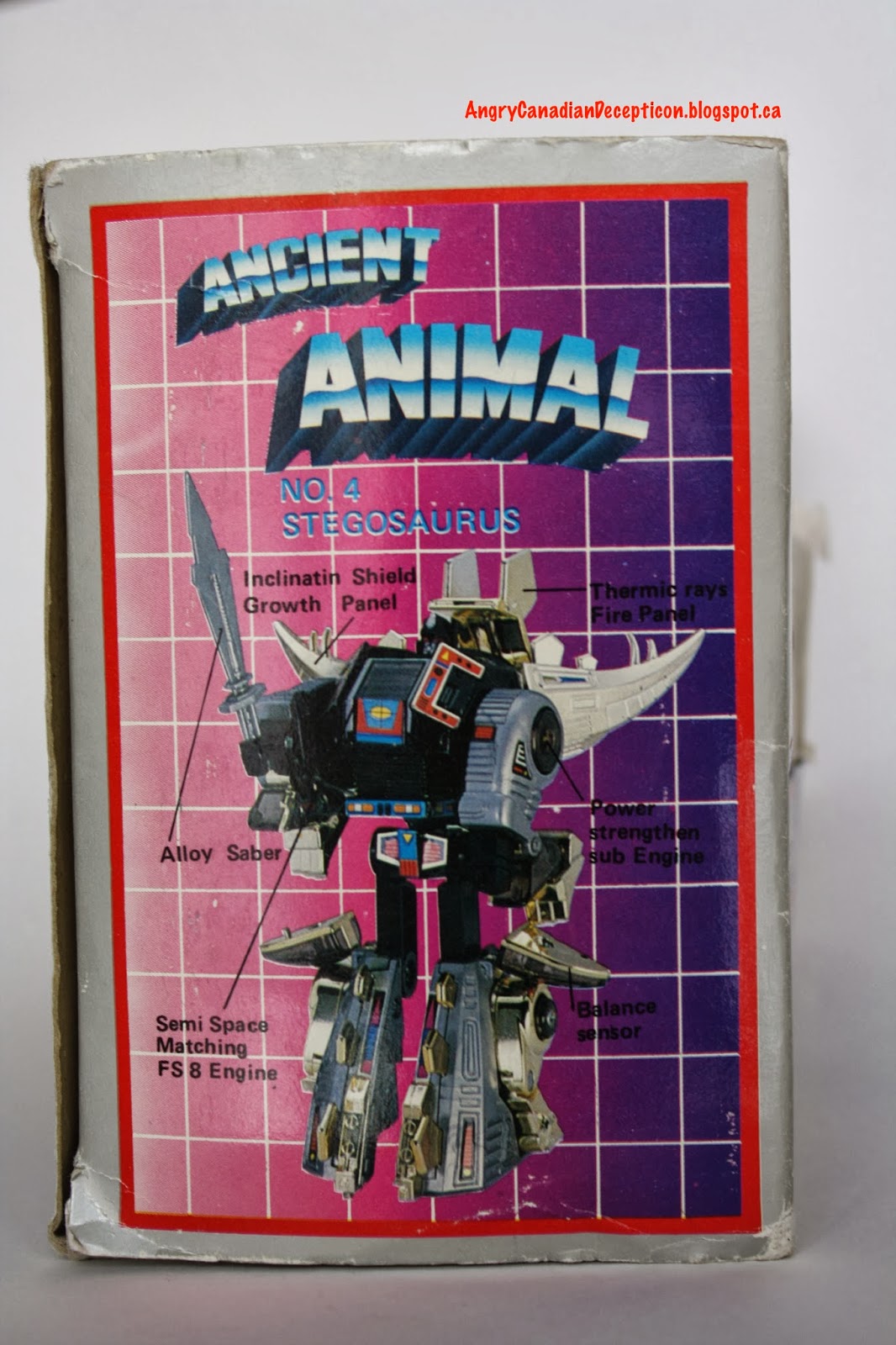 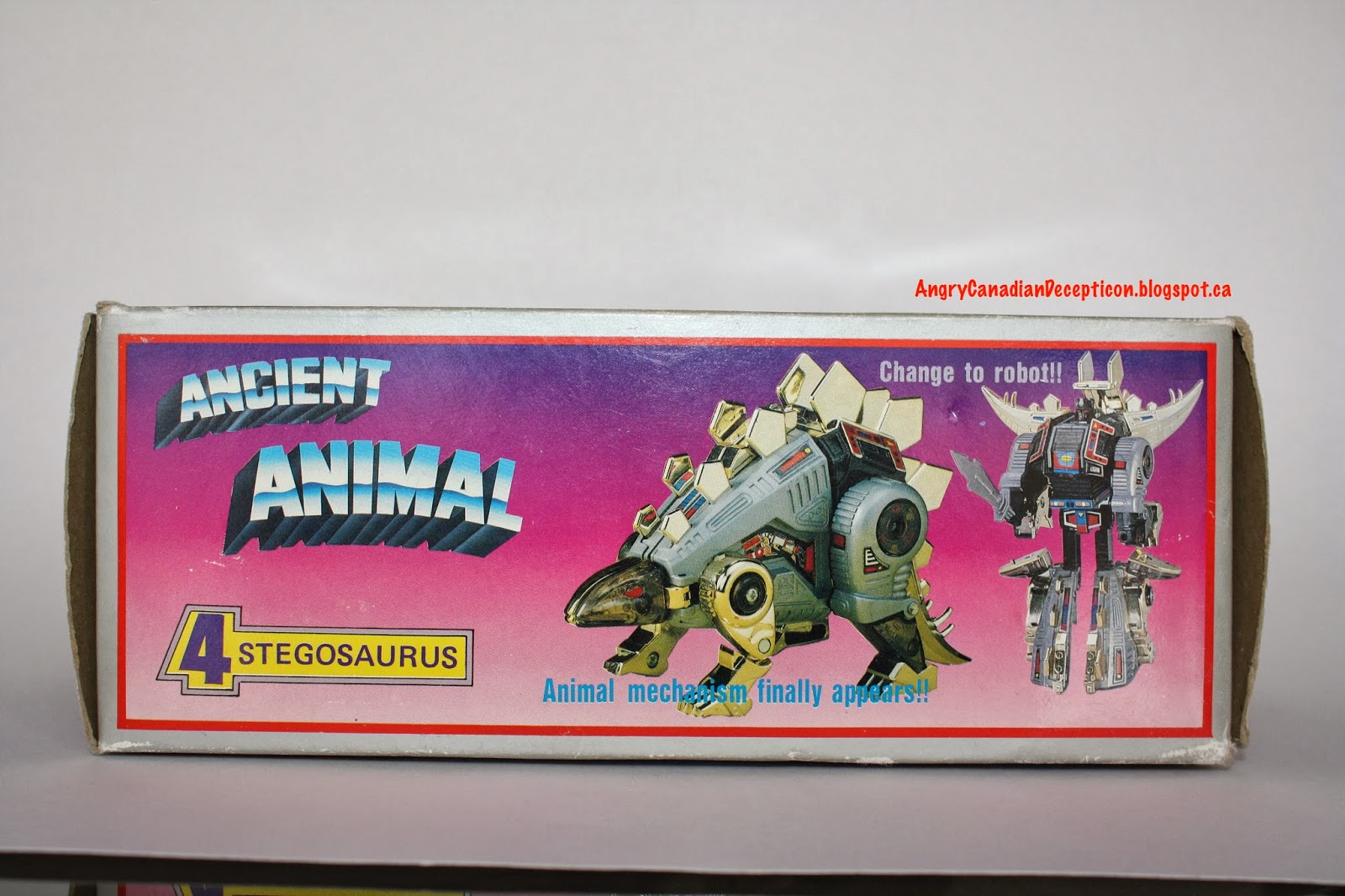 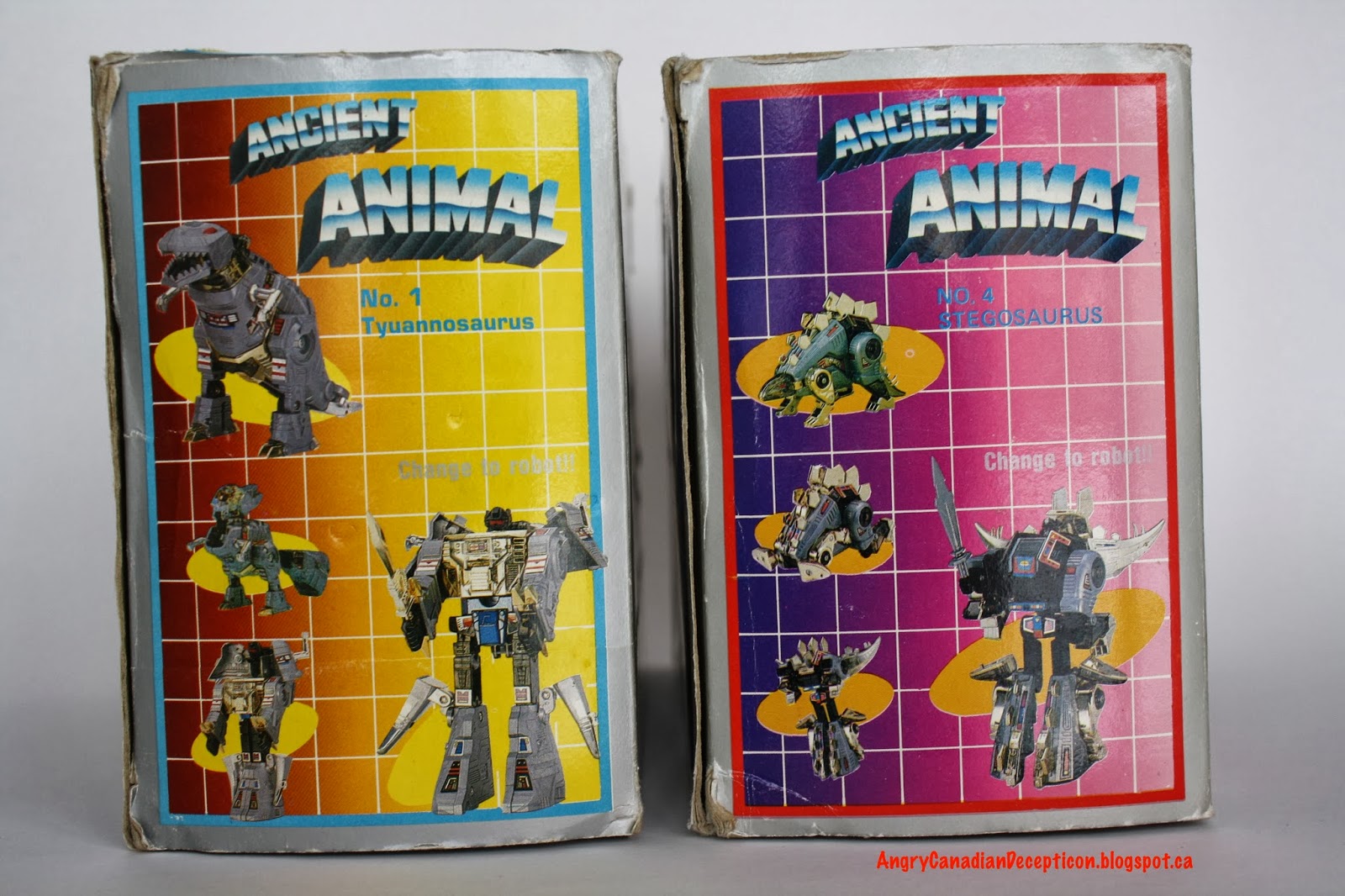 Some side-by-side comparisons (of the box sides that is). 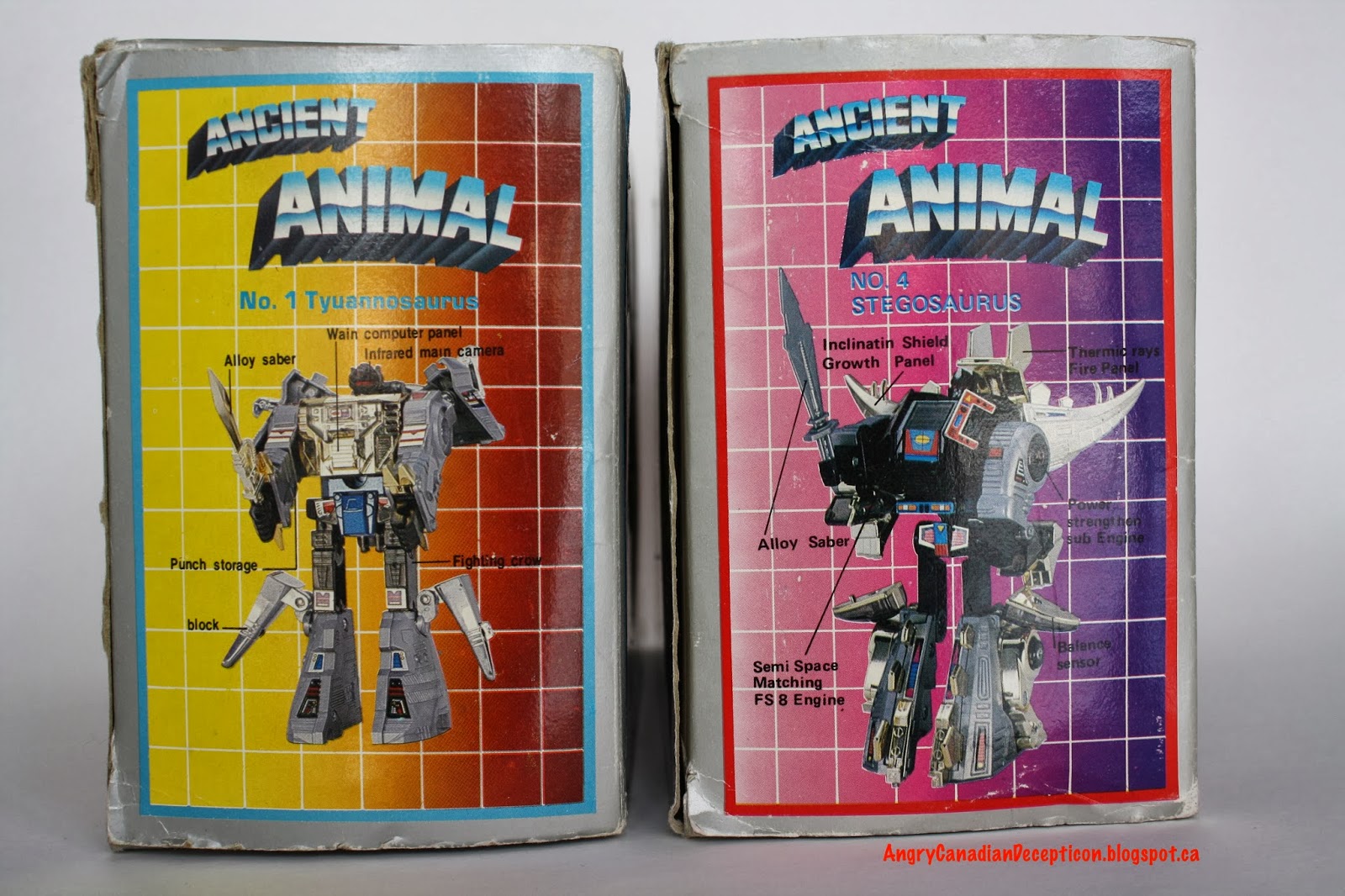 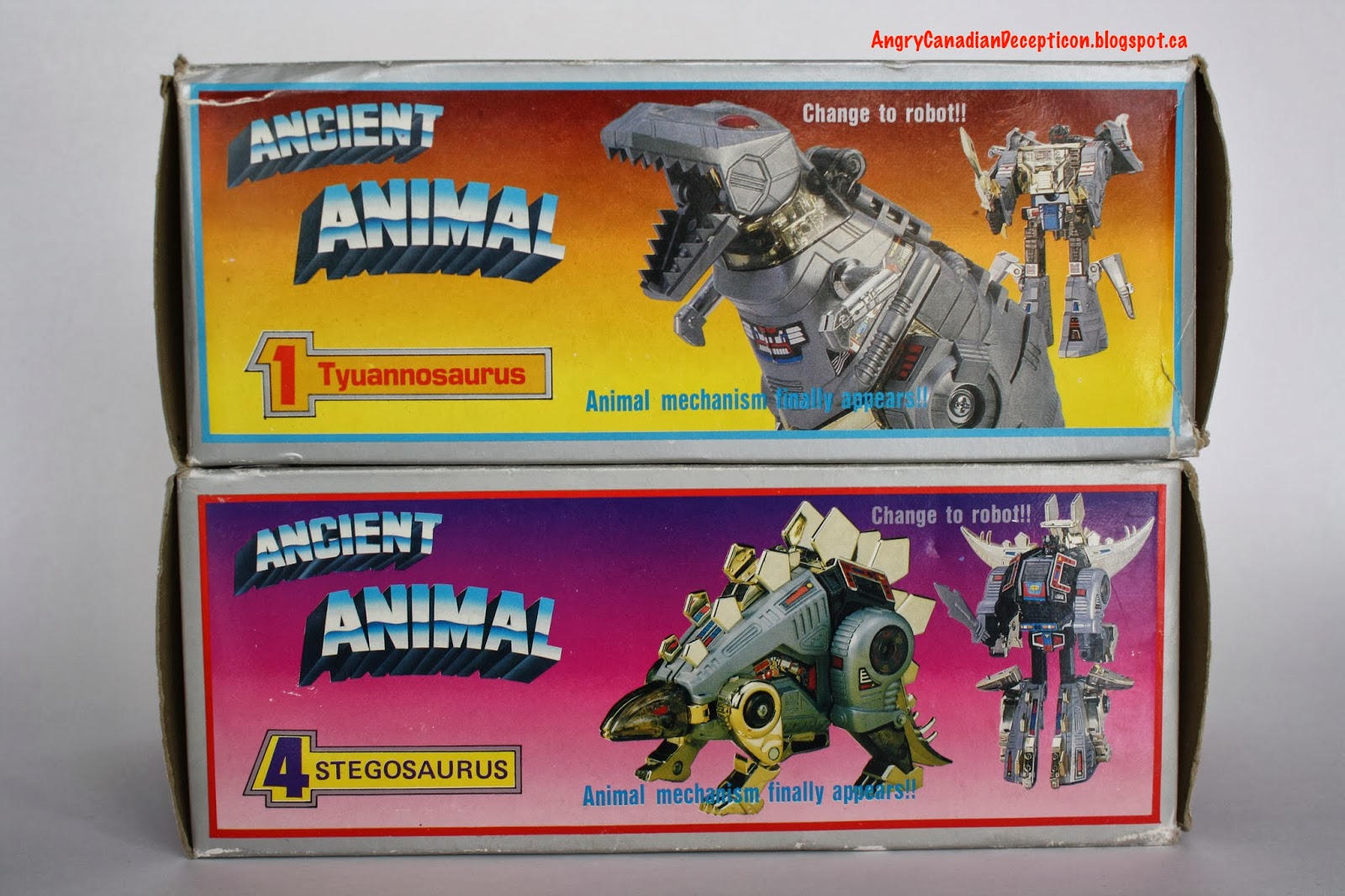 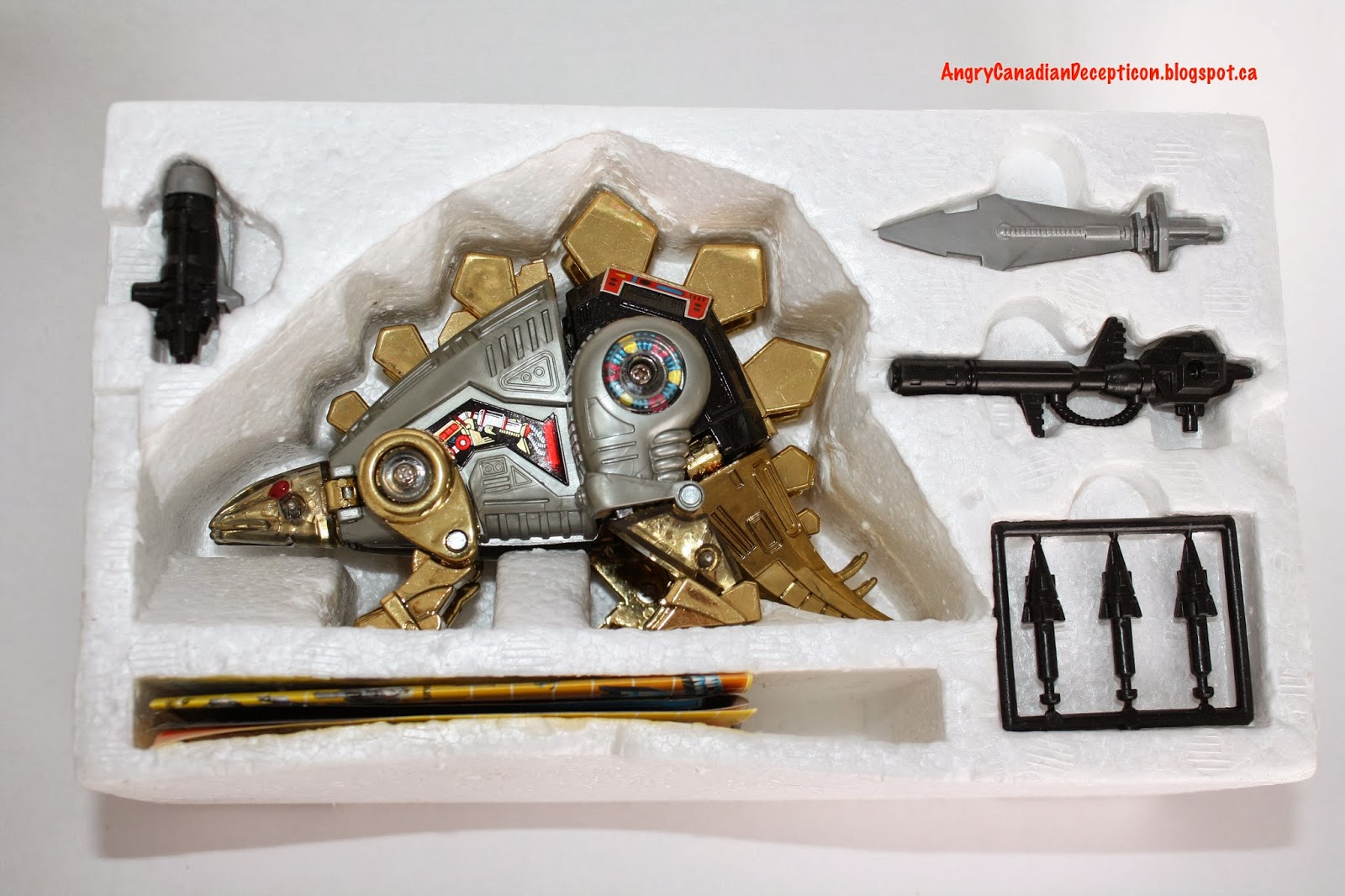 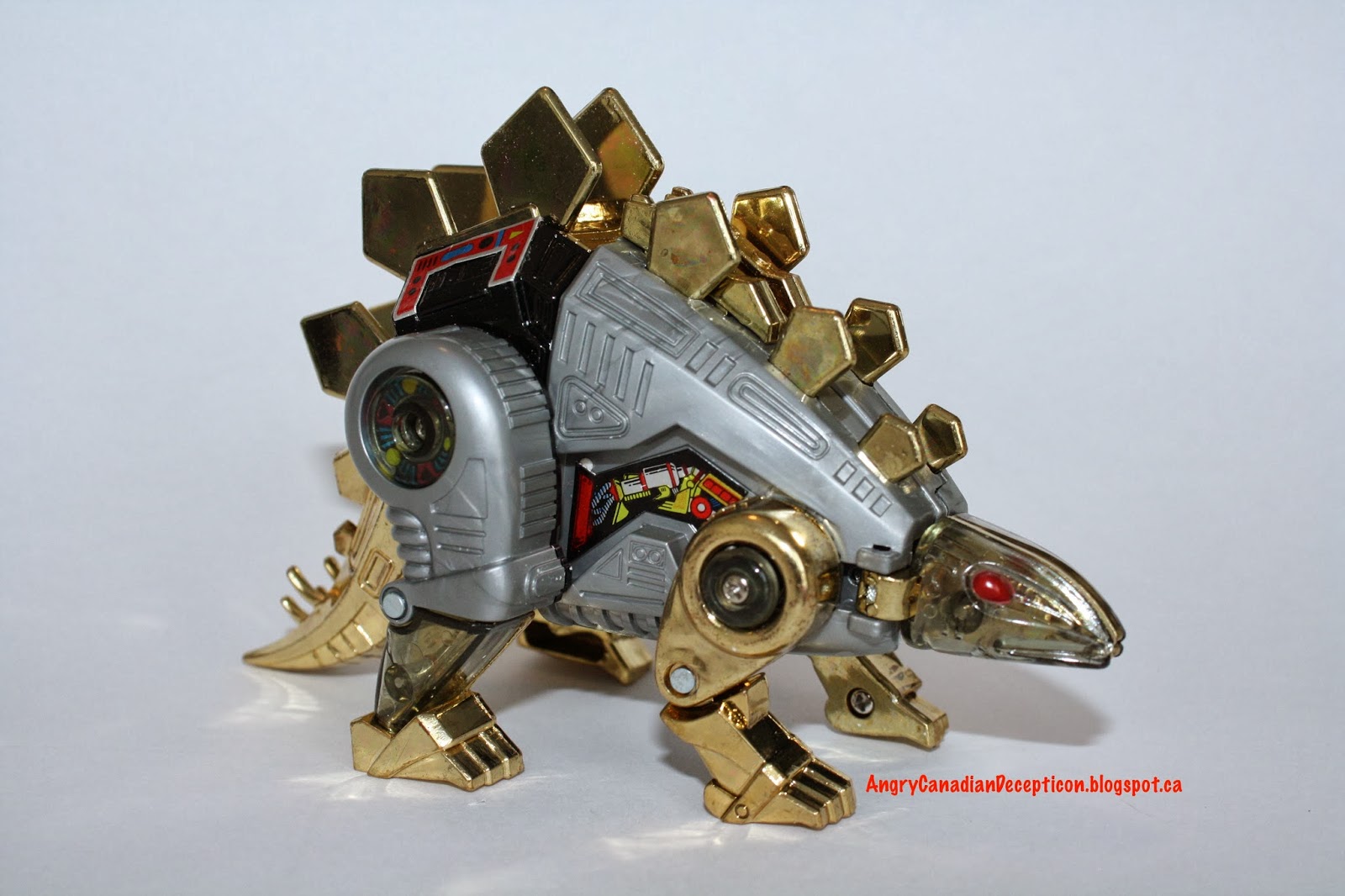 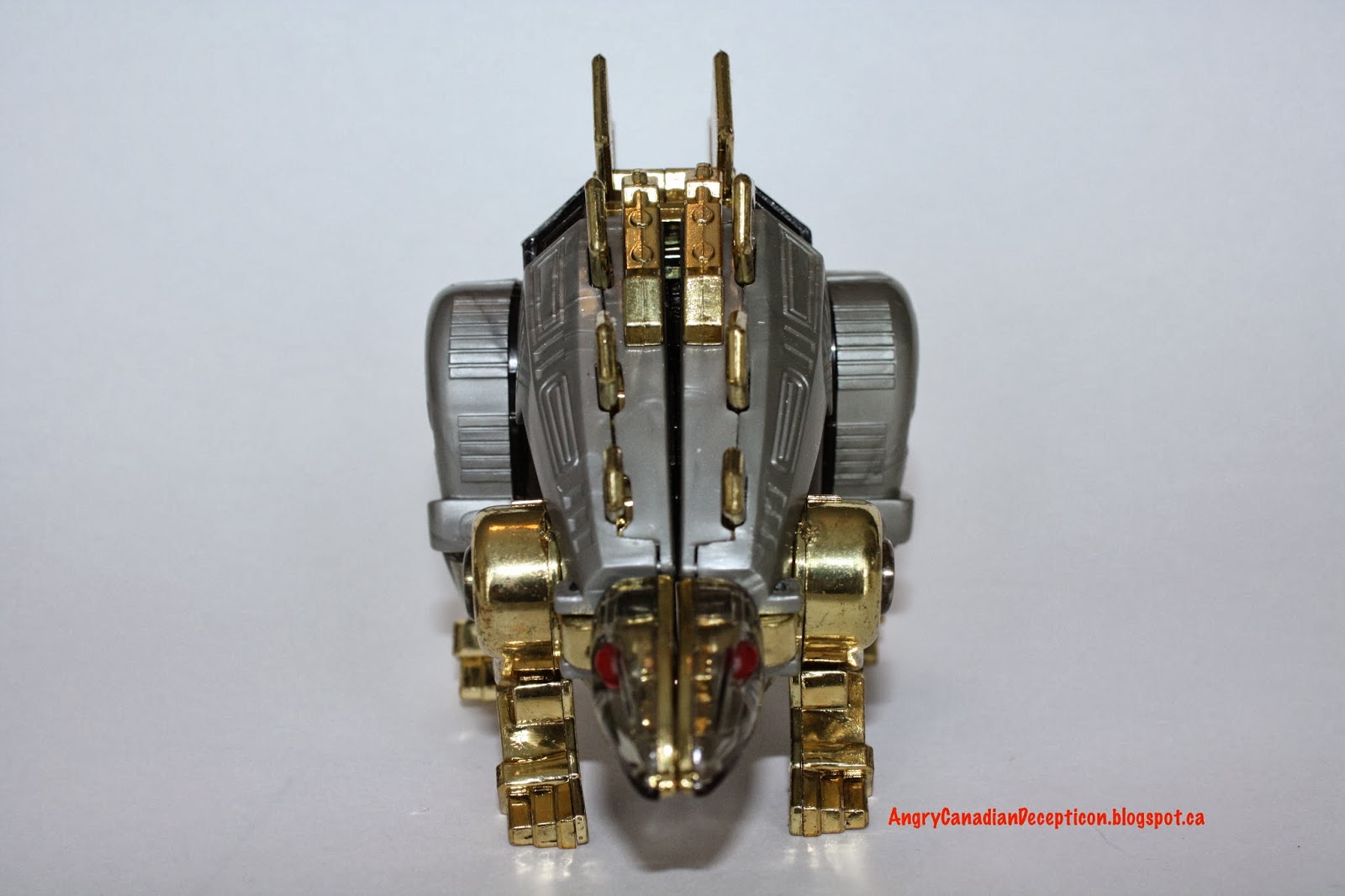 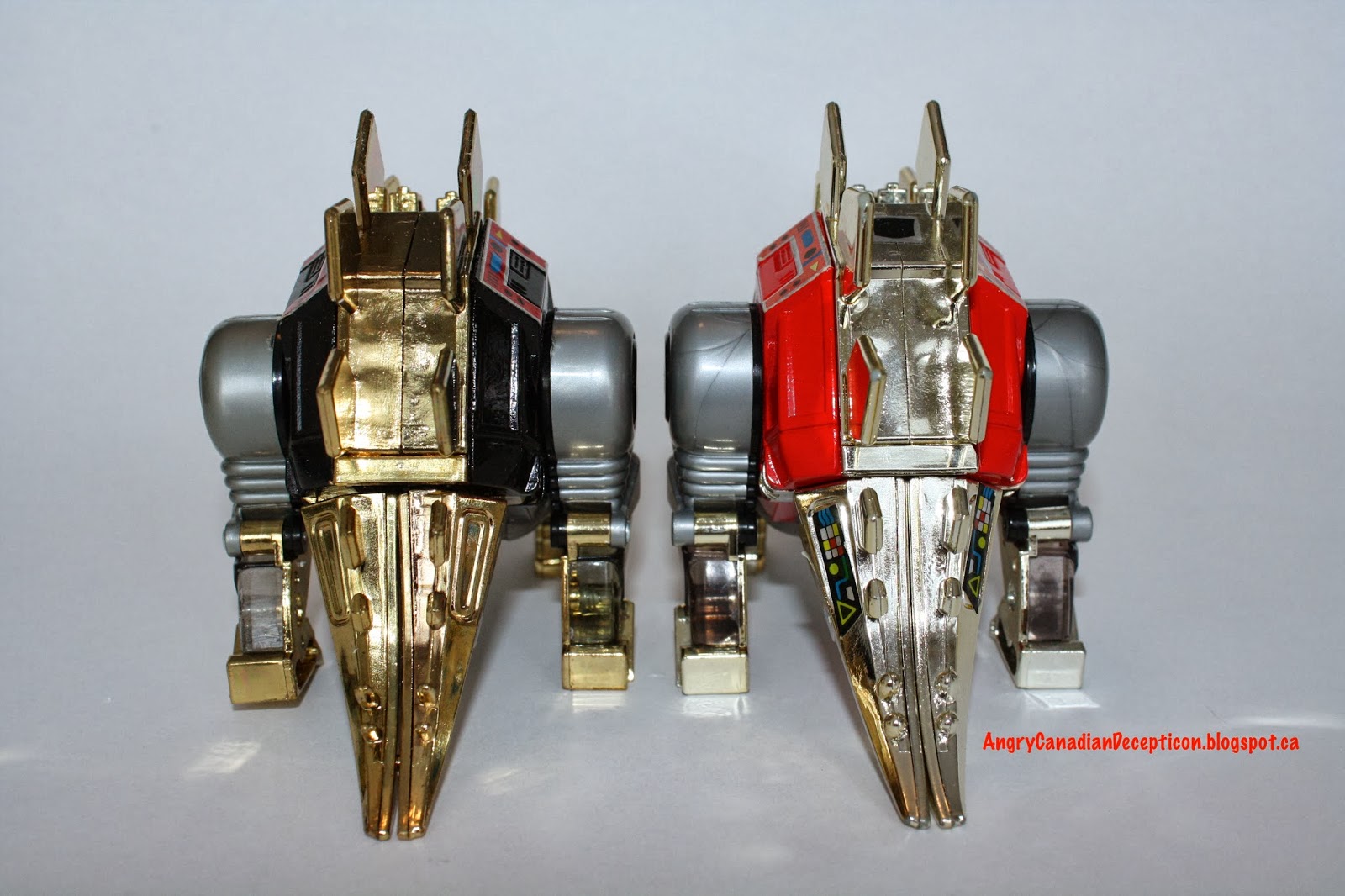 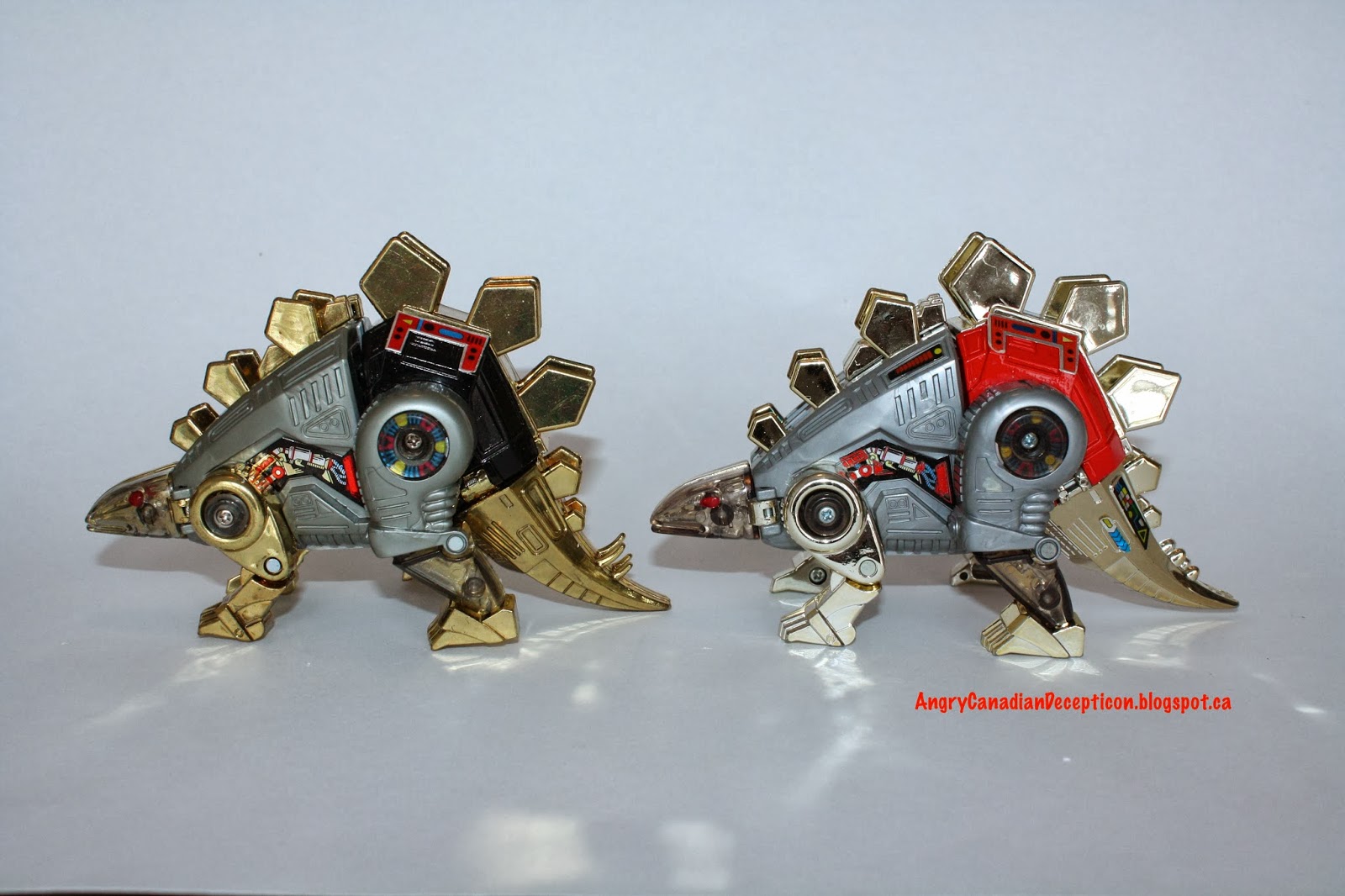 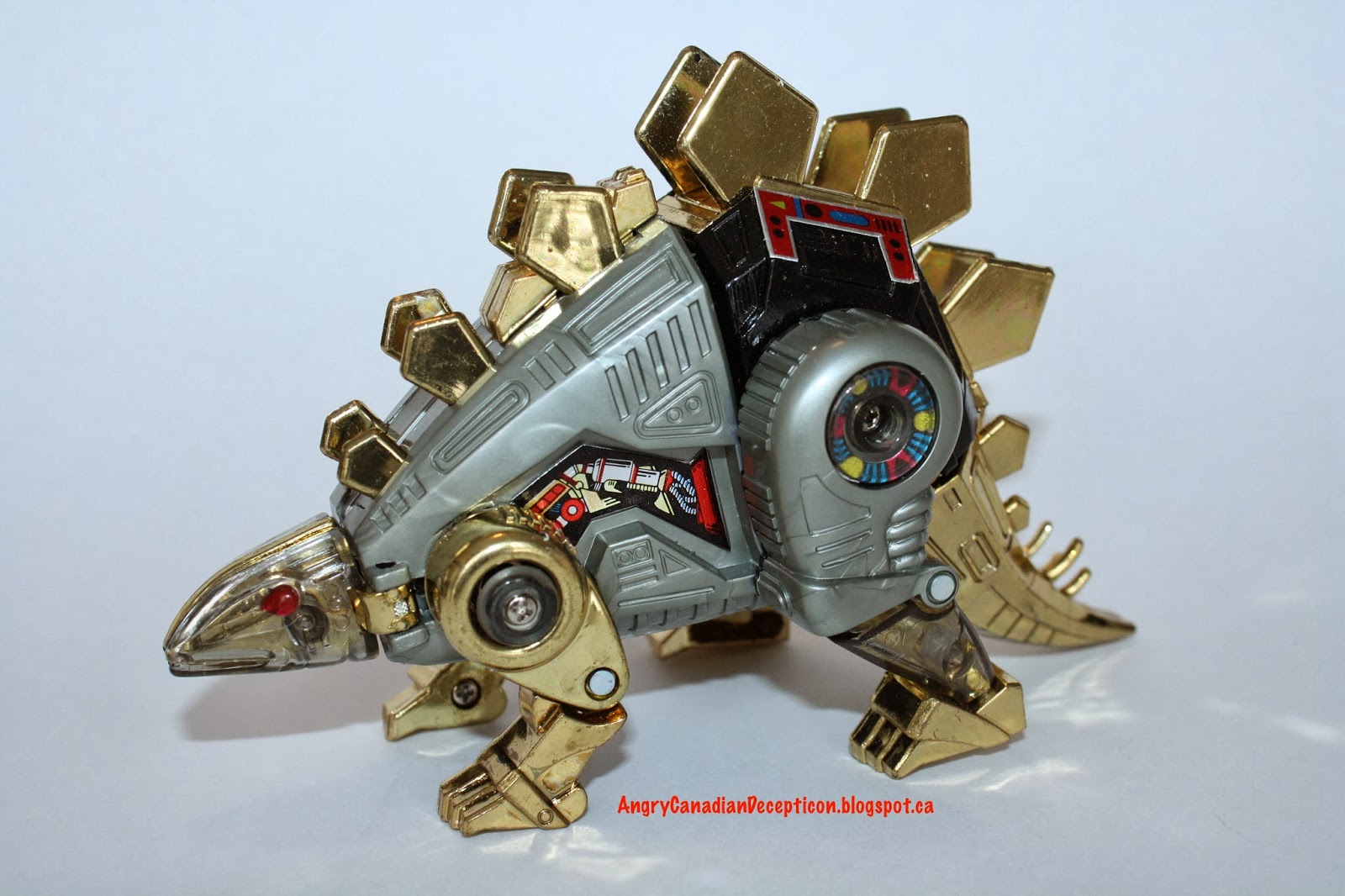 Though not necessarily as rare compared to some of the other Ancient Animals that is by no means a reason not to appreciate it.