Here are the pictures of the live unboxing we did during our "Transformers & Beer - Episode 1" podcast last week. 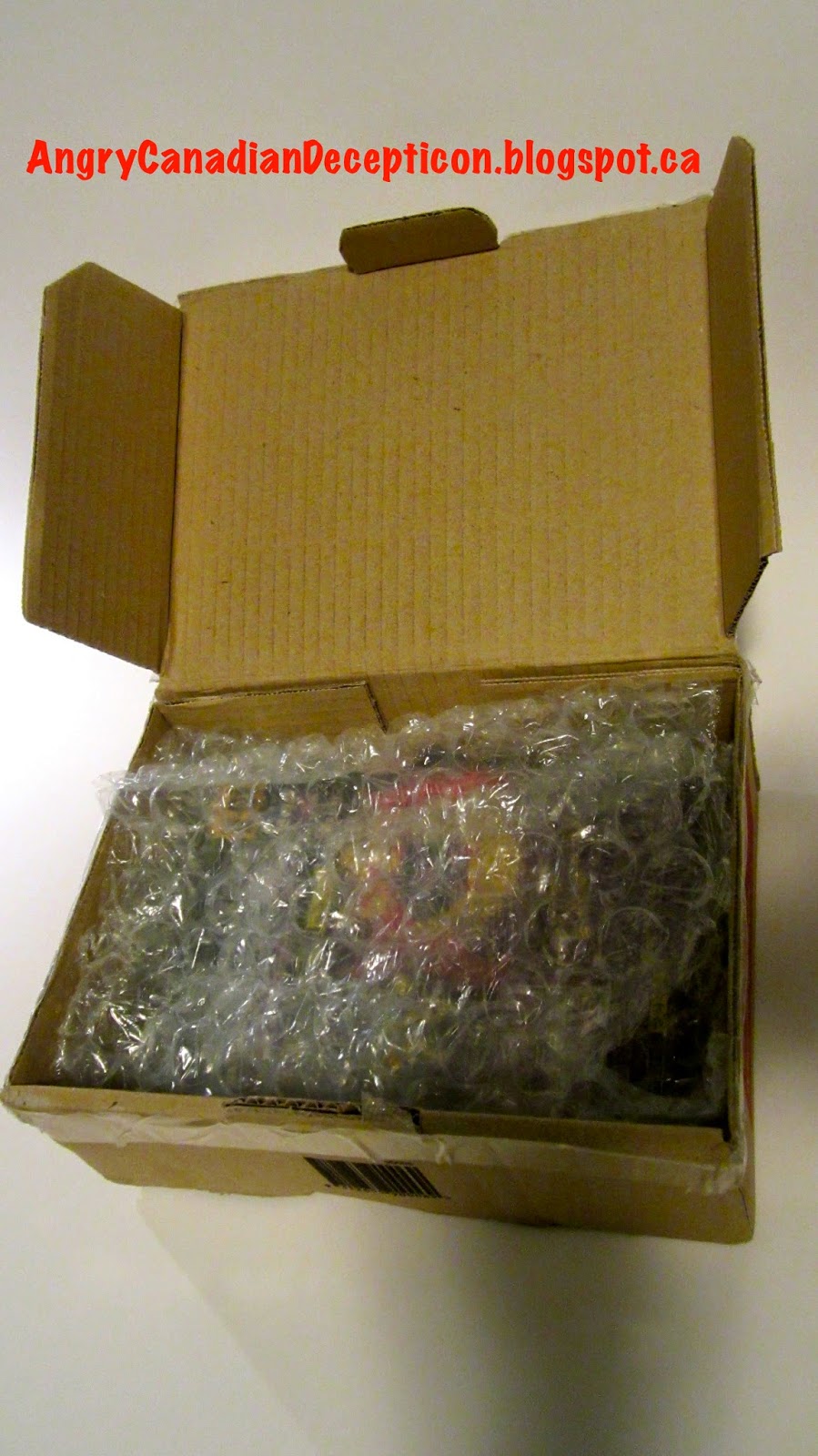 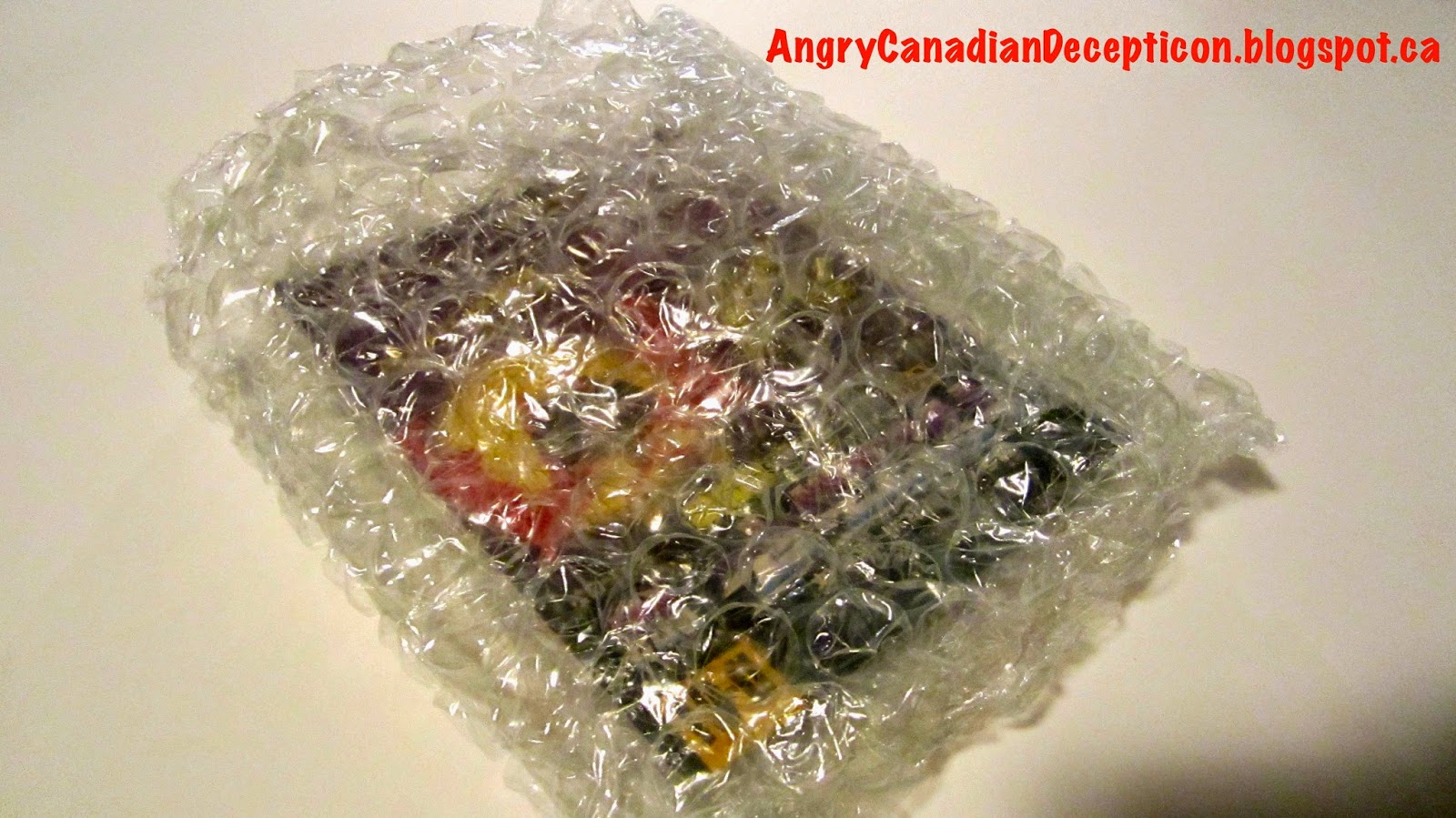 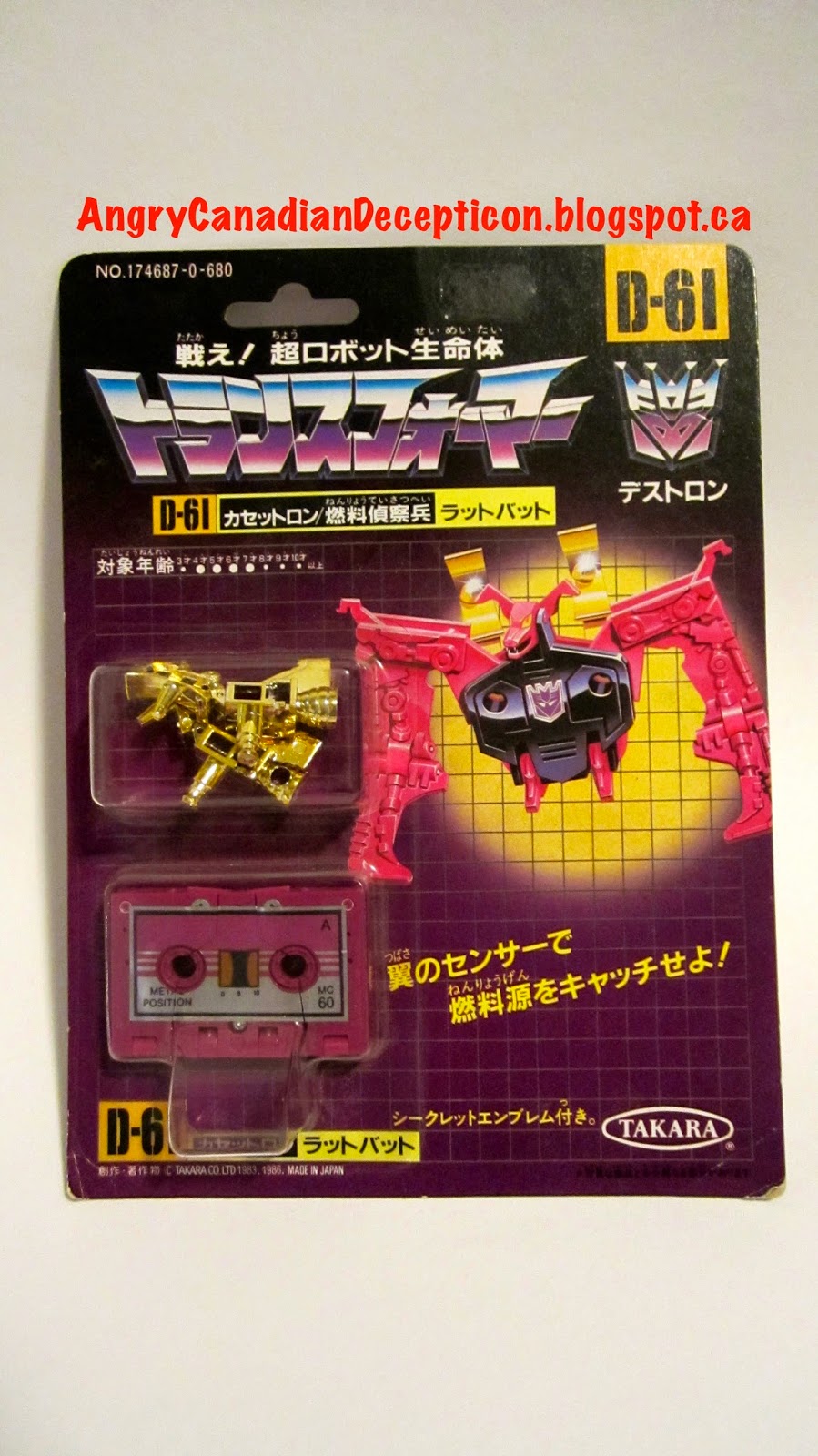 Cold-blooded and obsessed with efficiency, Ratbat's primary concern is looking out for himself. He treats his responsibilities, whether as a fuel auditor or as leader of Decepticons, as a business. In his book, everything comes down to profit and loss.

In his role as fuel scout, Ratbat carries sensors that allow him to detect and evaluate the quality of fuels of various types, from primitive hydrocarbons to Energon. He can process any number of these different fuels to power himself. 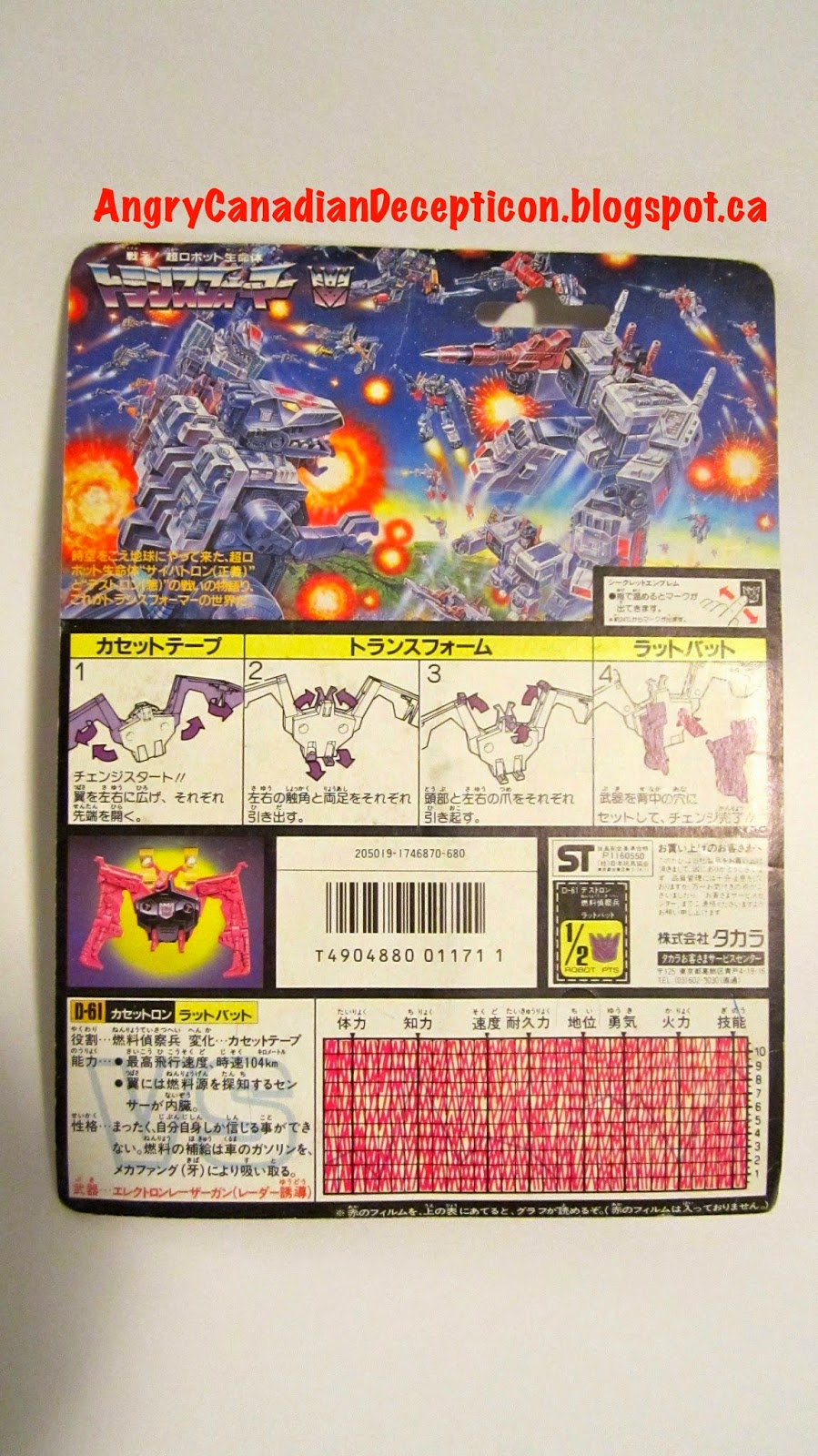 A true vintage collectible, D-61 Ratbat is the Japanese version of the single carded toy Ratbat. In Japan, the toys came on single cards, instead of paired with another cassette as they did in the US and other countries. The Japanese G1 carded cassettes are becoming increasingly rare. 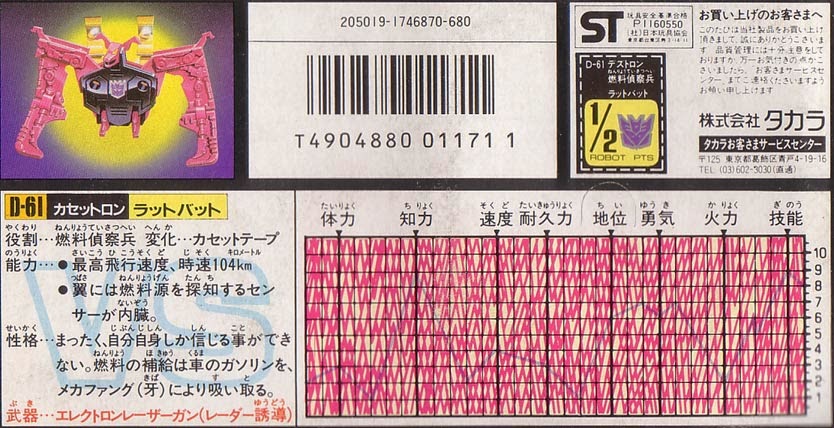 Posted by acdecepticon at 11:34 AM