Just a couple shots of some Micro Change cassette figures. 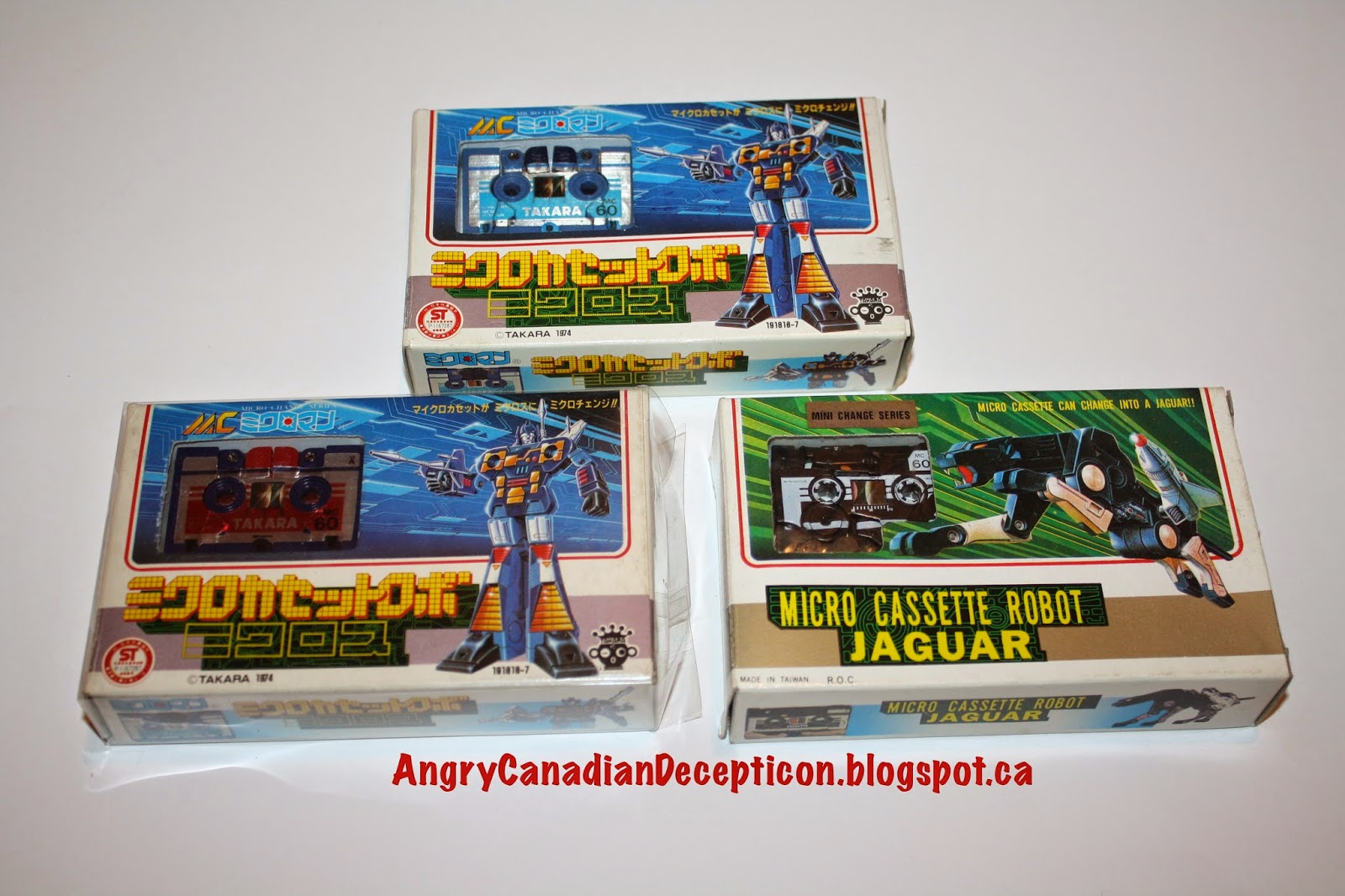 Three nice little pieces "M" picked up over the last little while.  I'm not going to get into too much back history on these
guys since there is already so much Micro Change information out there that it would feel redundant to me if I reiterate everything when it has already been done so eloquently. 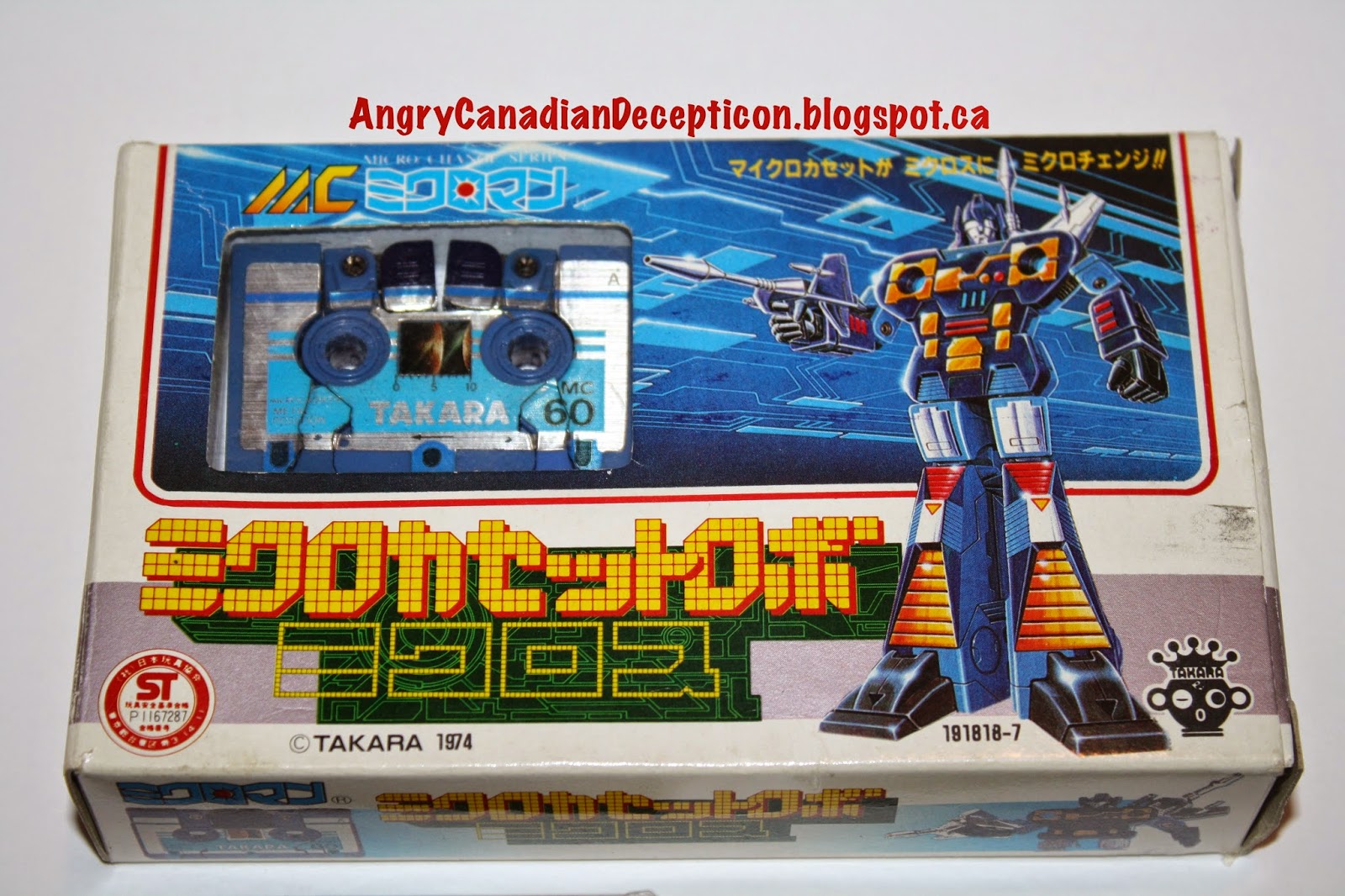 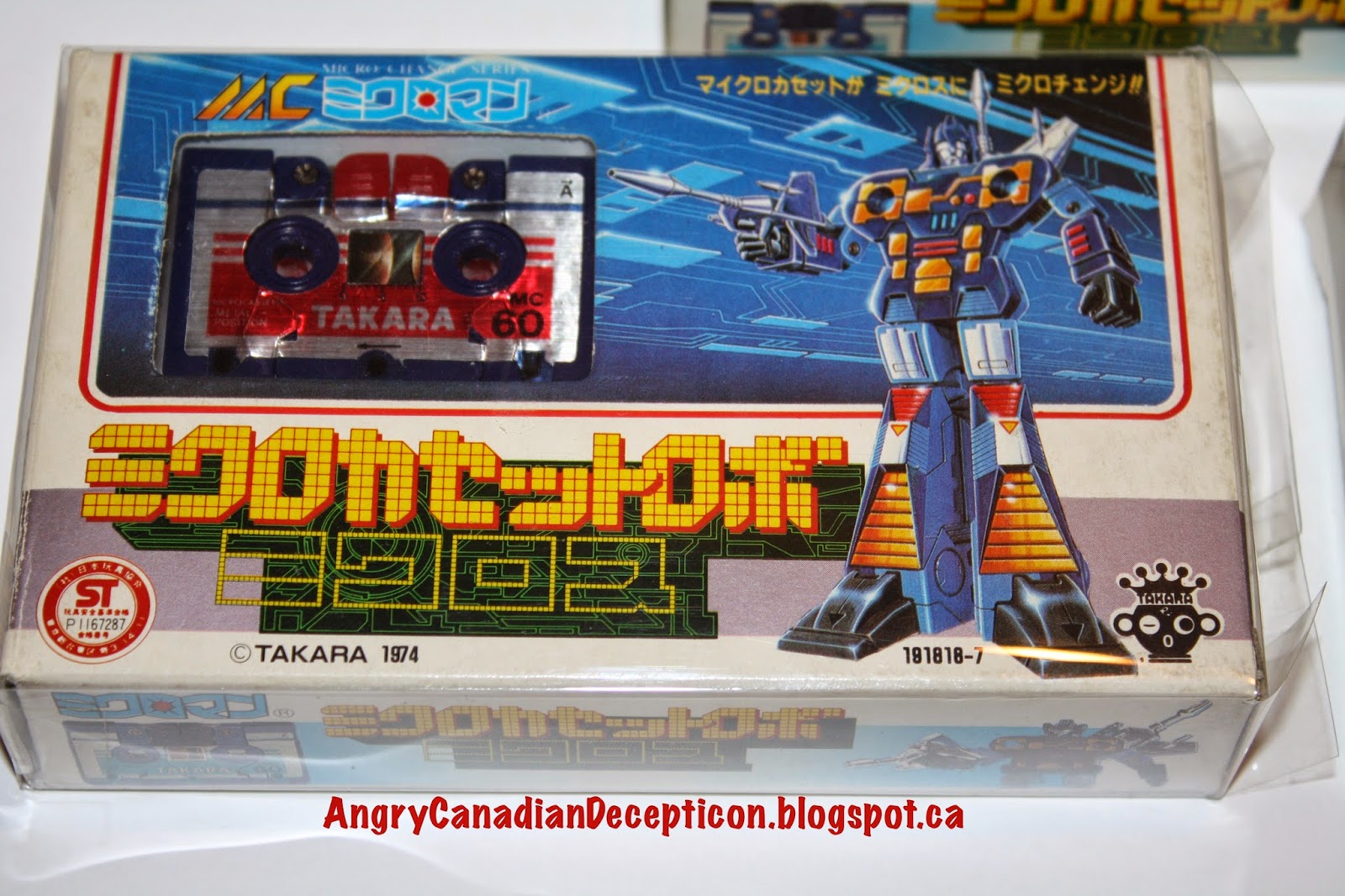 The version above is a Taiwanese bootleg that was brown and had the case with the Japanese translated to English.

You can actually see from the picture (above and below) that there are various versions of this particular KO figure by comparing the bottom print on these two boxes alone. 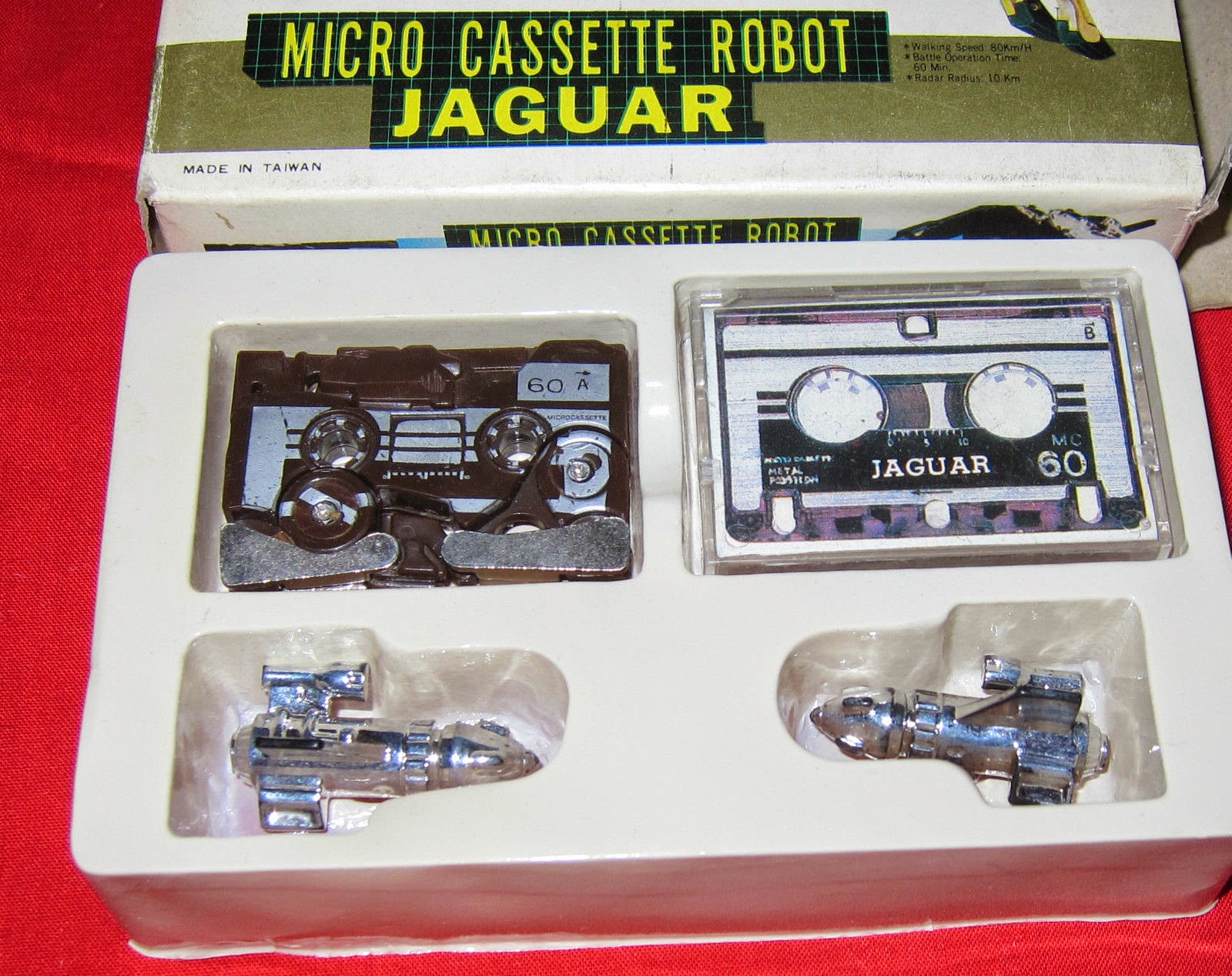 
This is the early version of what we know as Ravage.
A blue version was also released later and was used for the e-HOBBY figure Howlback. 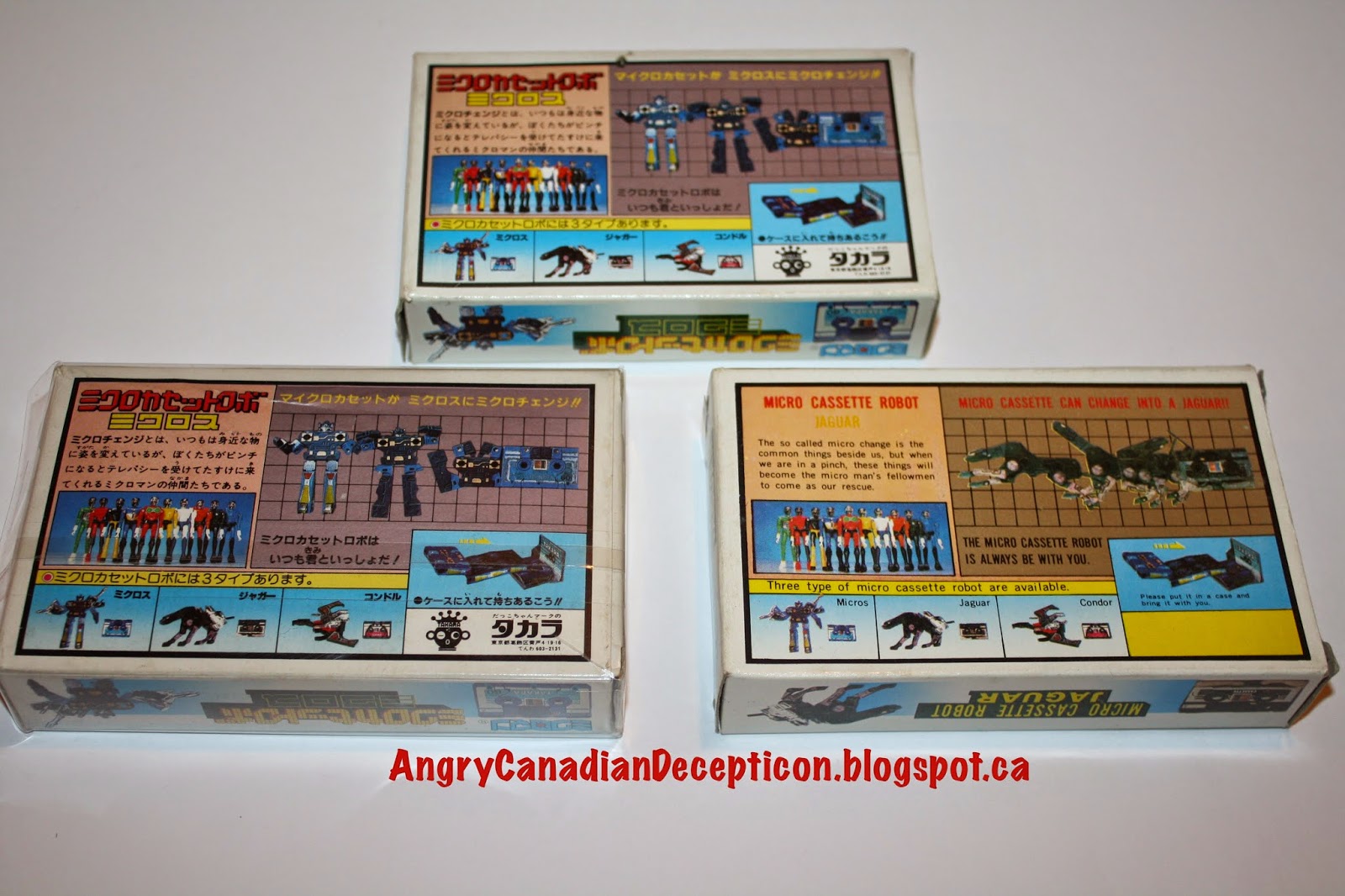 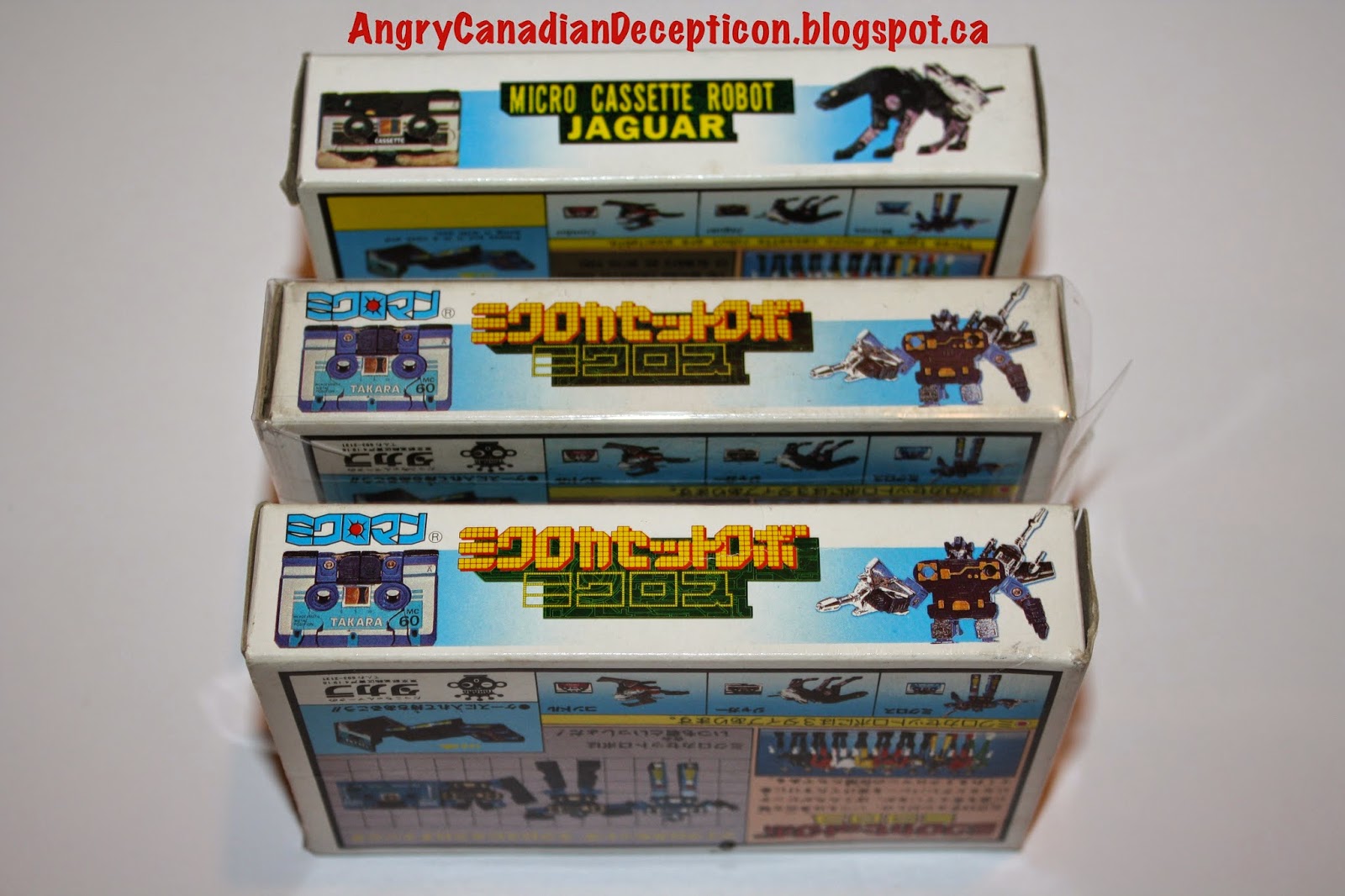 Posted by acdecepticon at 11:41 AM