Thought I would take a little step back, 21 years to be exact, to 1992 to check out not only a fan favourite figure, but one of my favourite G2 figures....Jazz.  I picked this guy up last year on eBay for a really good price of $62.

My friend "M" has made the comment to me a few times that he believes G2 figures will really be increasing in price.  They are currently so downplayed by many people but they're still essentially G1 figures with some minor retooling.  They already are pretty expensive (ever try to buy a G2 dinbot, especially the silver ones)?

Though I don't care for all of the figures from this line, but the ones I do like I think are great.

﻿
You'll notice the slight glaring in certain spots due to the hard plastic shell encased over the entire card.  Fantastic colouring overall. 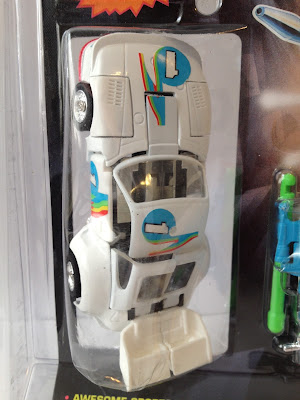 If you're familiar at all with the original, you'll see than it compares very closely, as most of the changes are mainly sticker-based. 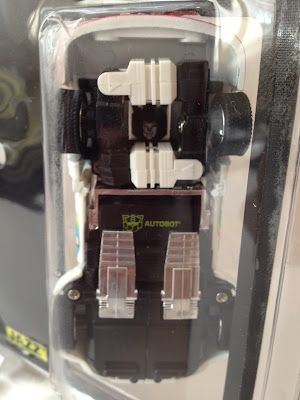 He has no axels, so his wheels never really point in exactly the same direction, thus he doesn't go far when pushed.

He has chromed silver feet, with a black head (silver face though thats heard to see from this shot), shoulders, hands and lower legs. 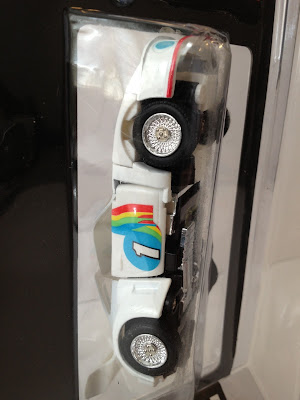 Jazz does keep his familiar chrome hand gun, but unfortunately loses his black and chrome shoulder canon in place in place for this green Q-Tip launcher instead.........Toy Designer, "Hey guys, you know what would look really cool on his shoulder..." 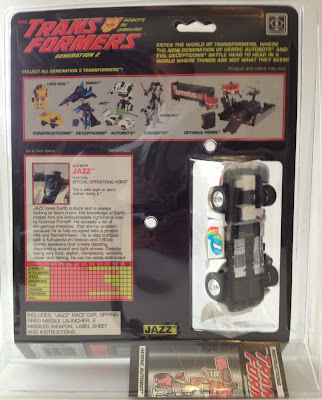 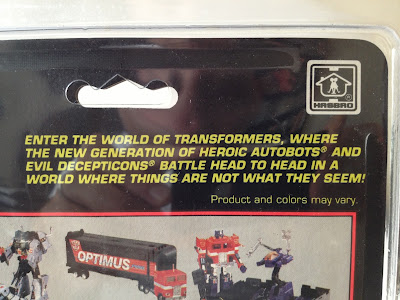 It might be "the new generation" but I'm still seeing the same figures.....so far anyway.  They actually do go on and introduce new figures but it's nice to see that they have kept some of the originals, mainly due to already having the molds for them. 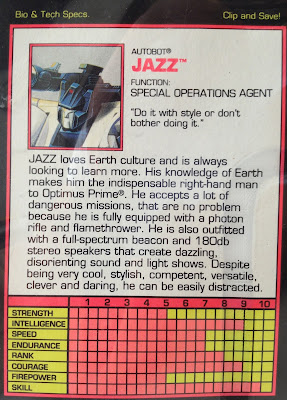 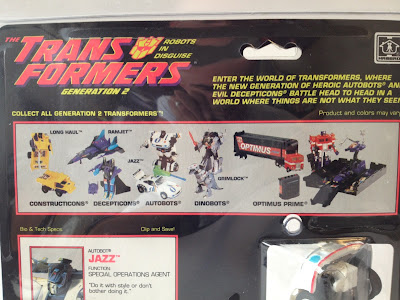 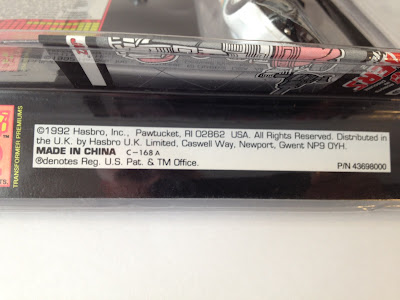 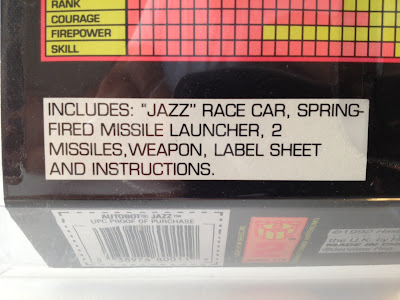 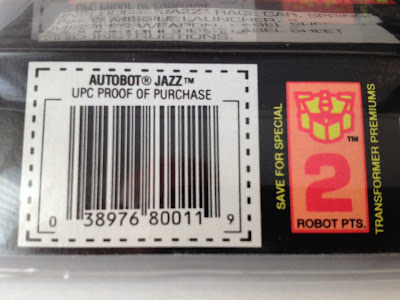 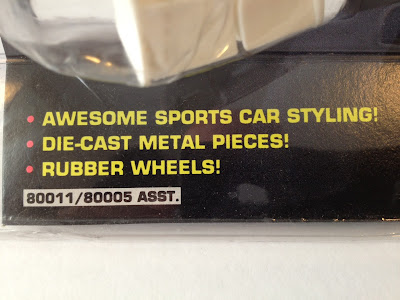 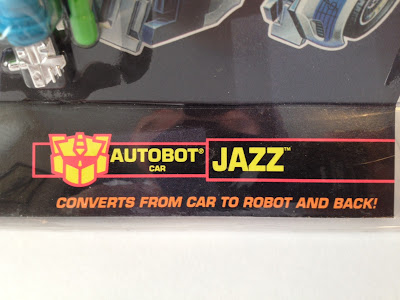 Overall, I really like the whole package and figure (even though mine is MOSC and I won't be opening this one).  Hopefully at some point donw the road if I find a nice enough one opened I'll pick it up to play with.

For me personally, I still prefer the original G1 stickers and should canon, but obviously if they were doing a reissue and needed to make changes those would be the two easiest things to revamp.


Posted by acdecepticon at 2:29 AM