The Micro Change series was one of the two major sources of molds for the original Transformers line.

Most fans use the term pre-Transformers as an umbrella term for the Diaclone and Micro Change toylines, as well as for the original, non-Transformers-branded versions of such toys as Jetfire (see this excellent post here by Maz for some stunning examples of this) and the Mini-spies. 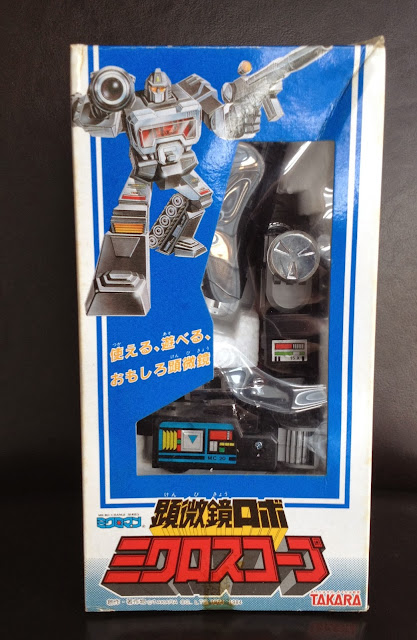 Released in a primarily black deco, MC-20 was recolored into Perceptor for the Transformers line that we know. Aside from the figure and microscope mode, there is also a third mode being a tank and could be used as a vehicle for a Microman figure. The toy's Micro Change deco was used for the e-Hobby Magnificus.


A Bit of Backstory

In the third year of the New Microman line, Takara introduced new types of Microman toys called Micro Change. These were ordinary objects that could "transform" into robots to fight along side the Microman figures. Takara also released the last of the New Microman - 011 Salam in several varieties of colors.

﻿﻿﻿
The main focus of this year's series was the new sub-series of Microman called the Micro Change. While Takara still kept some interaction with the action-figure side it became clear by 1983 that the focus of the line had shifted from the old Microman action-figures to Micro Robot action-figures. 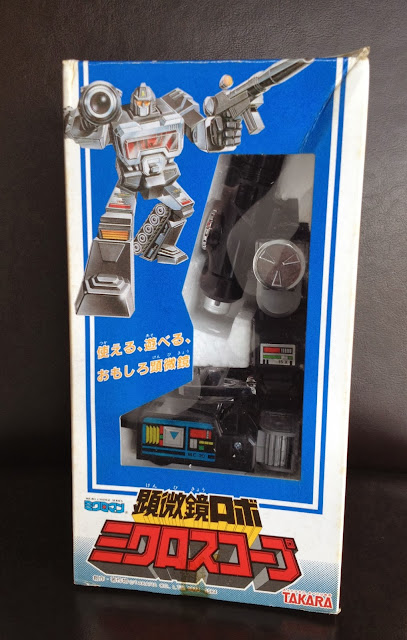 Microscope Robo MC-20 Micro Scope was part of the last series of Microman toys to be released by Takara for the original Microman line before it was canceled. MC-20 was part of the second series Micro Change toys (also known as Chameleon Goods) which featured Microman robots that disguised as everyday ordinary objects. In the case of MC-20, the robot disguised as a black microscope, transformed not only into a robot, but also as a tank-like vehicle for a Microman figure. 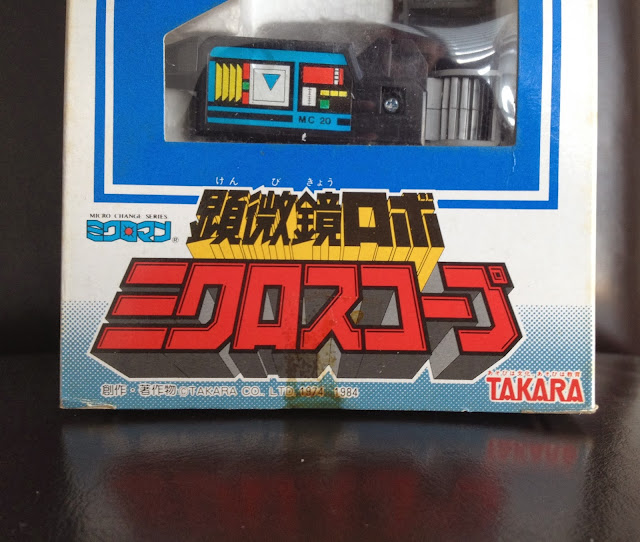 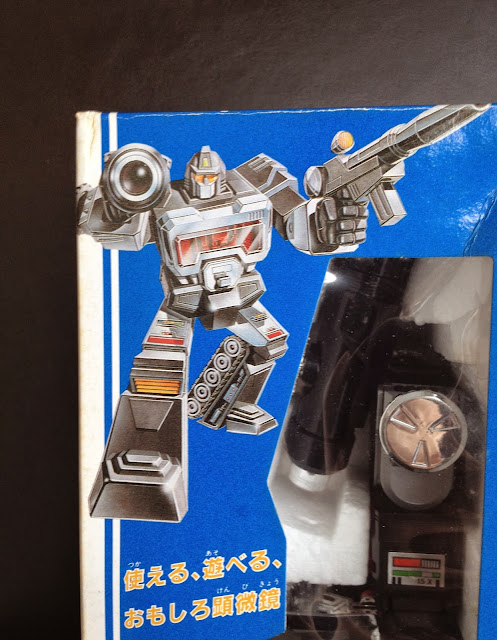 The only extra parts were the two accessories, a black plastic hand rifle and a spring-loaded missile launcher that fit into the robot hands via 5mm connector. 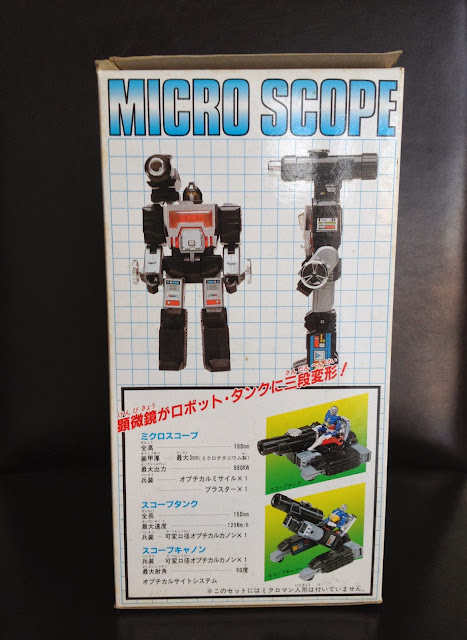 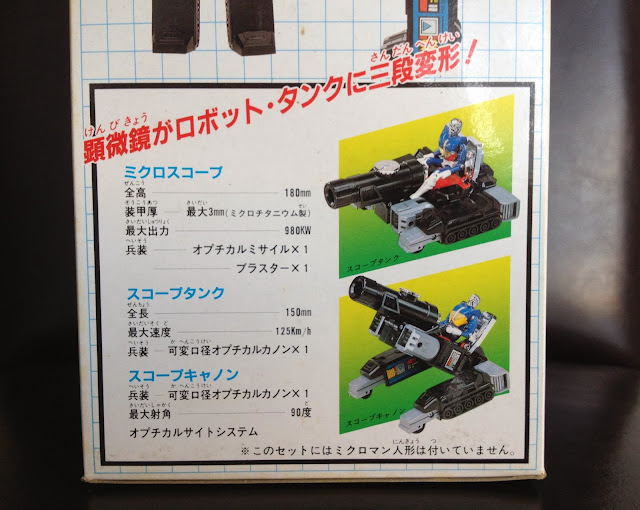 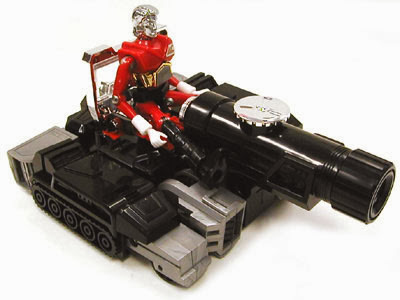 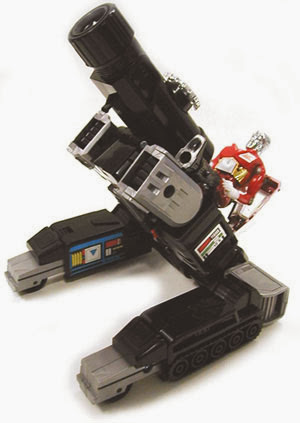 From the object mode the toy could easily transformed into tank-like vehicle for Microman figure. The sample tray became seat, and the eyepiece became cannon. In vehicle tank mode, the barrel and seat can raised up and turn the tank into a anti-airplane cannon. 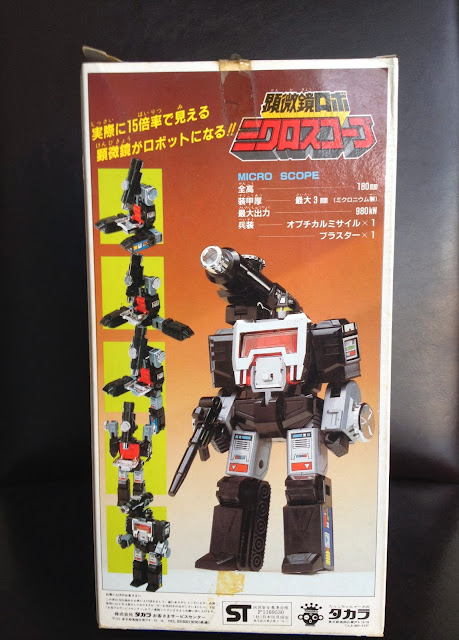 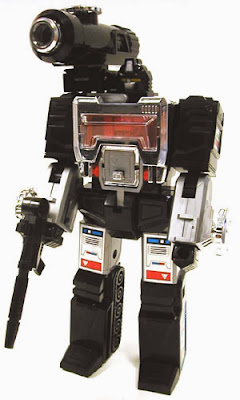 To transform into robot mode, microscope legs became robot legs, the arms folded out and the head rotated out from inside the chest section. The scope sample tray became part of the robot chest.  "Micro Scope" was pretty much self-contained without having to attach any extra parts, the fists were pushed out from the arm section. The eyepiece becomes a shoulder cannon in robot mode.

The robot mode, like the microscope was mostly black with silver-gray legs and forearms. The foil stickers came pre-applied from the factory added nice accents to the toy in both the robot and object mode. 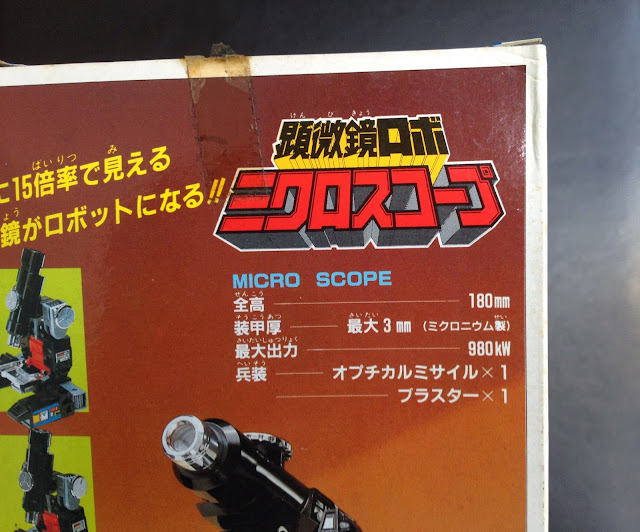 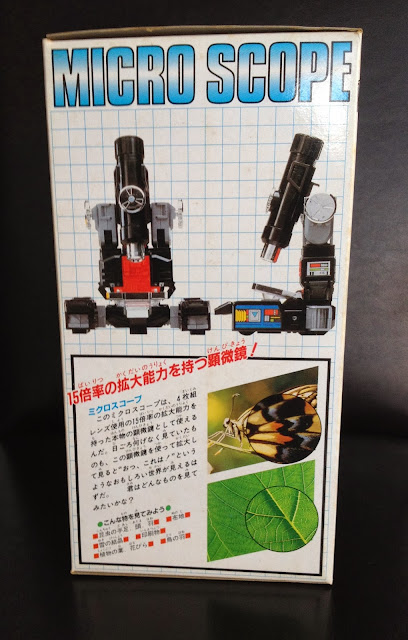 This black Microman version of Perceptor was just like the Transformer version a working microscope, which can magnify up to 12 times. 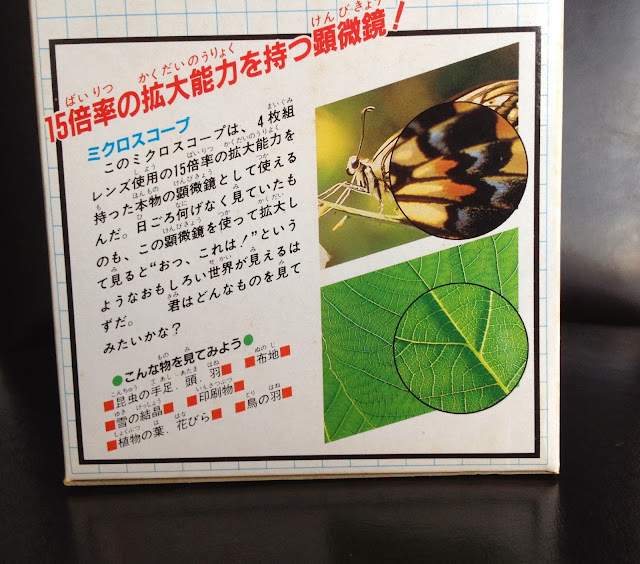 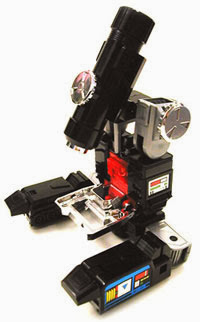 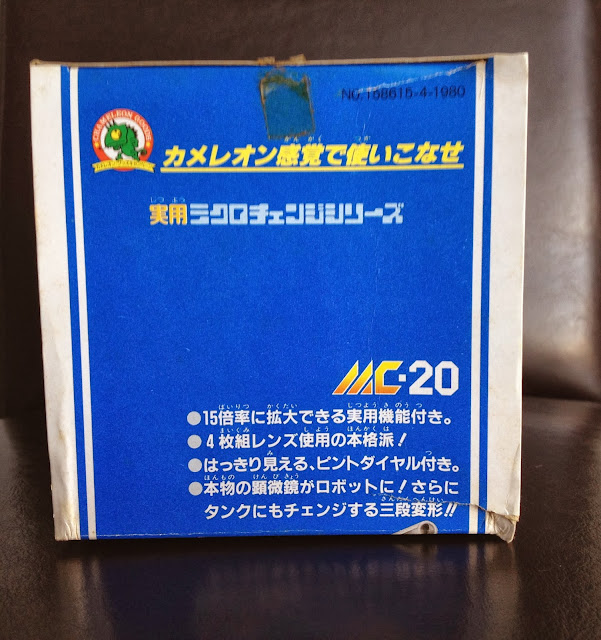 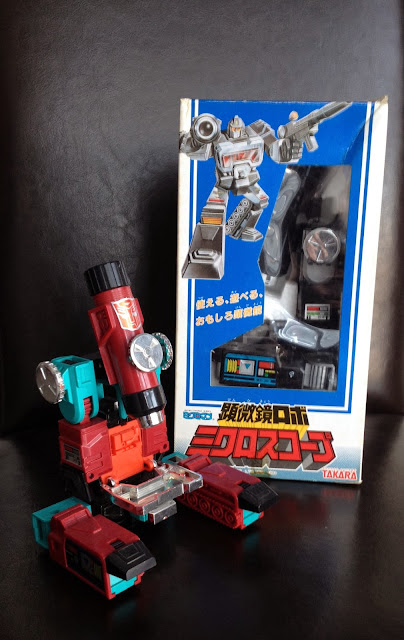 All in all, Micro Scope was one of the better looking robots from the Micro Change line up. The mold for MC-20 Micro Scope was later reused and released as part of 1985 Transformers line-up by Hasbro. MC-20 would became the Autobot scientist named Perceptor. The toy was changed from black and silver to red and blue but otherwise pretty much identical to Microman version.

Posted by acdecepticon at 10:28 AM