I'm at a time in my collecting when I'm in a reorganizing shift by getting rid of a number of my newer figures, but for some reason I couldn't help but pick these guys up at my local Walmart.

The only reason I picked Prime up was because "Autobot Roller" was included and
that he also "transforms" into a mini figure as well. 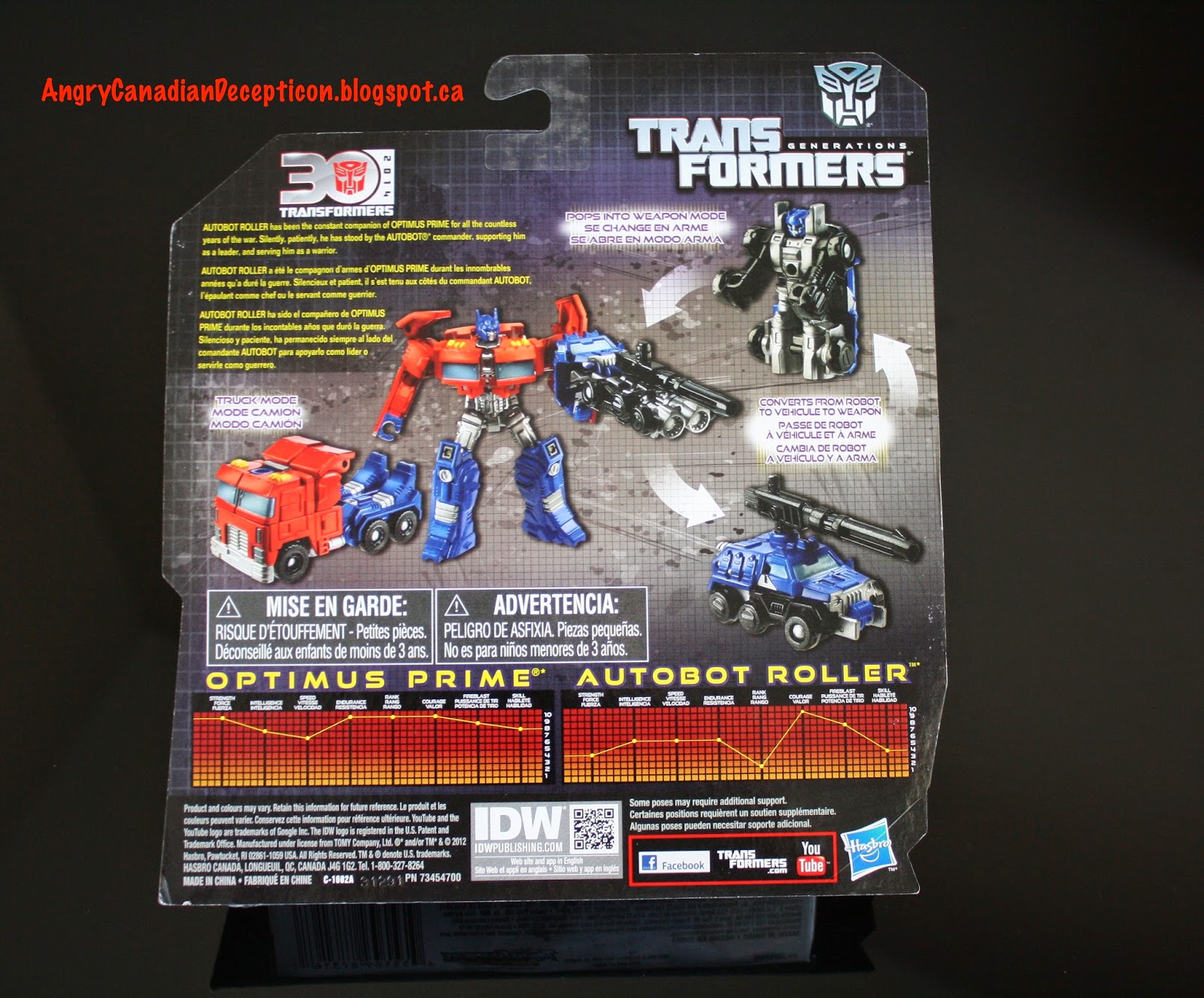 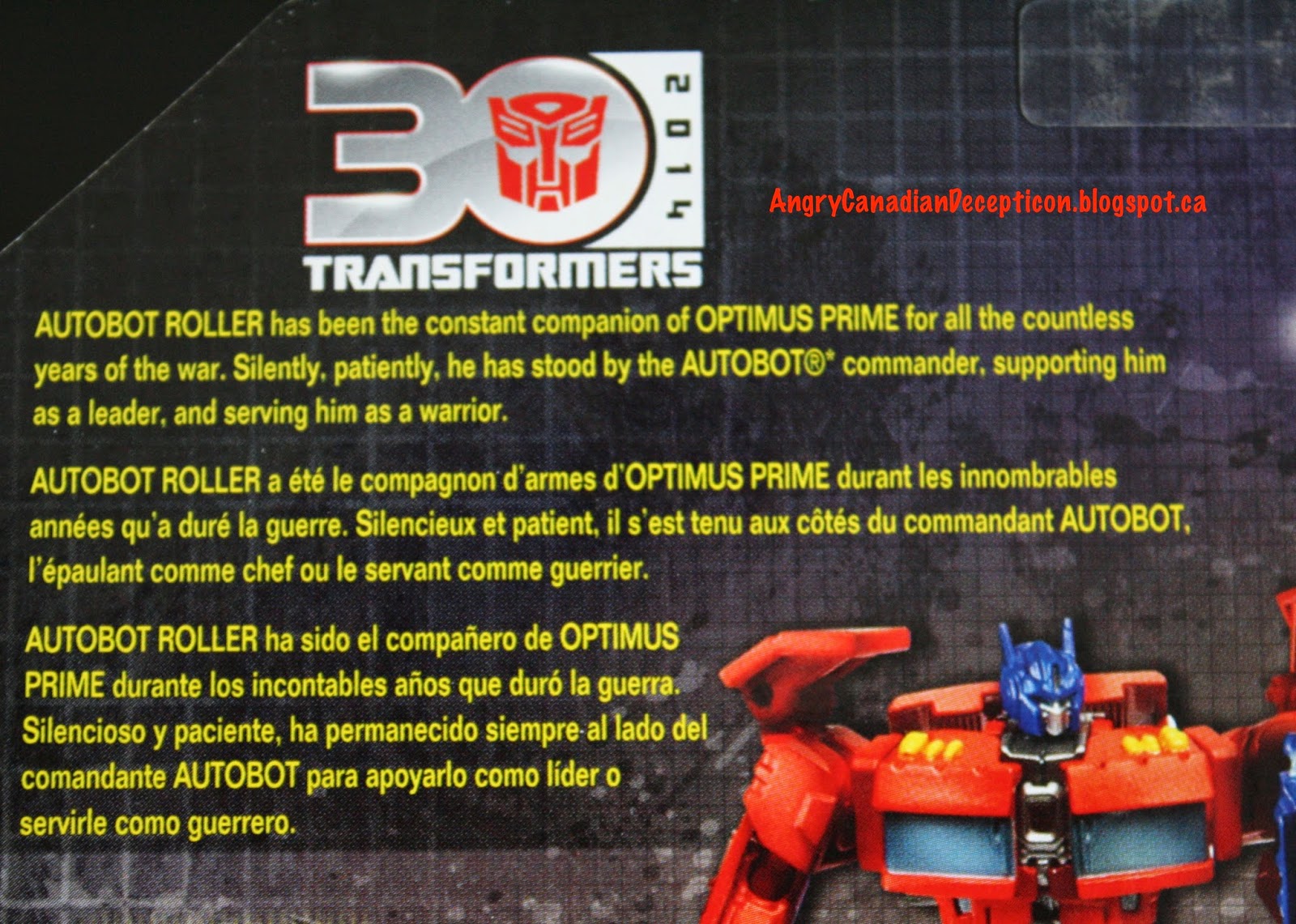 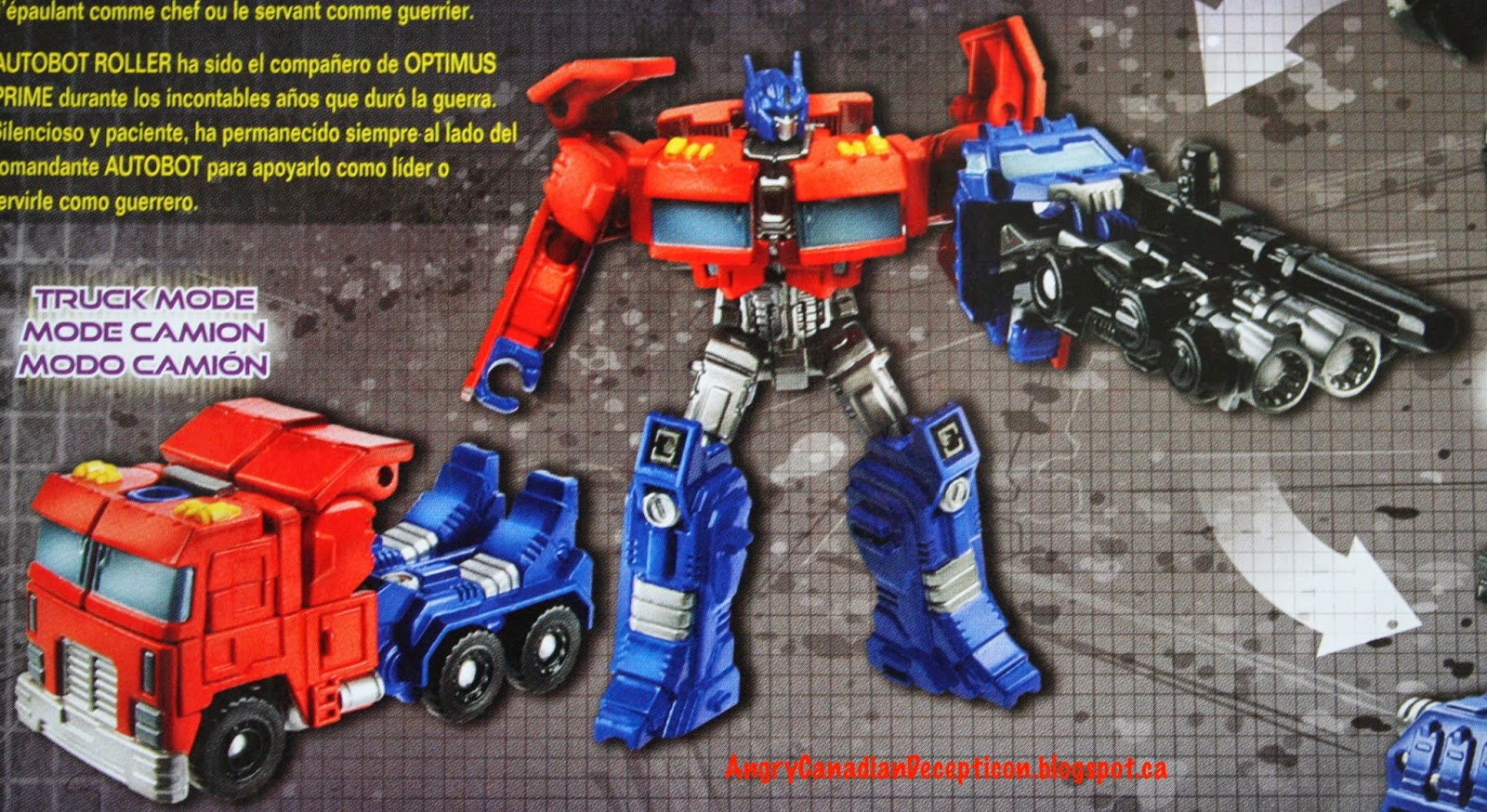 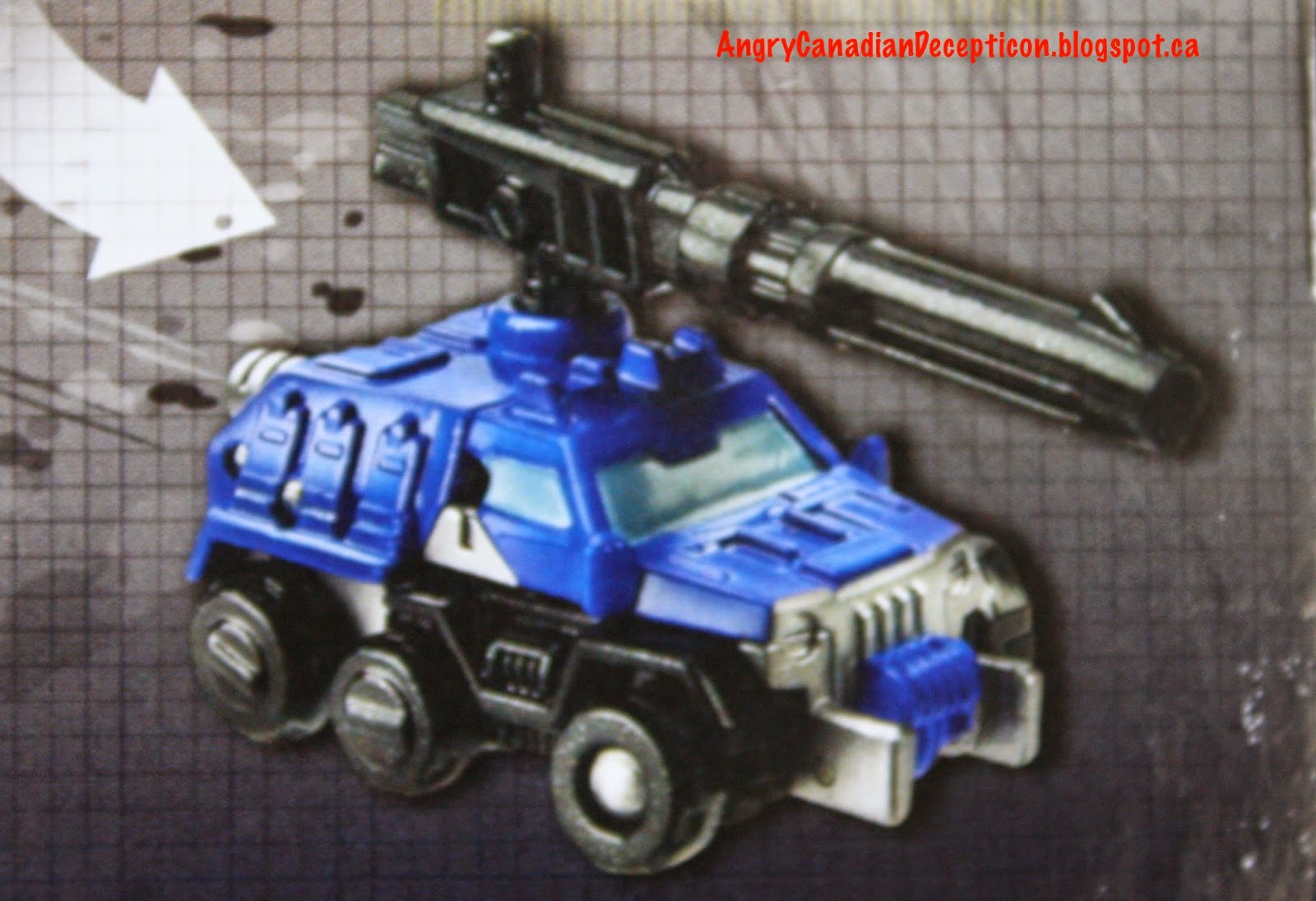 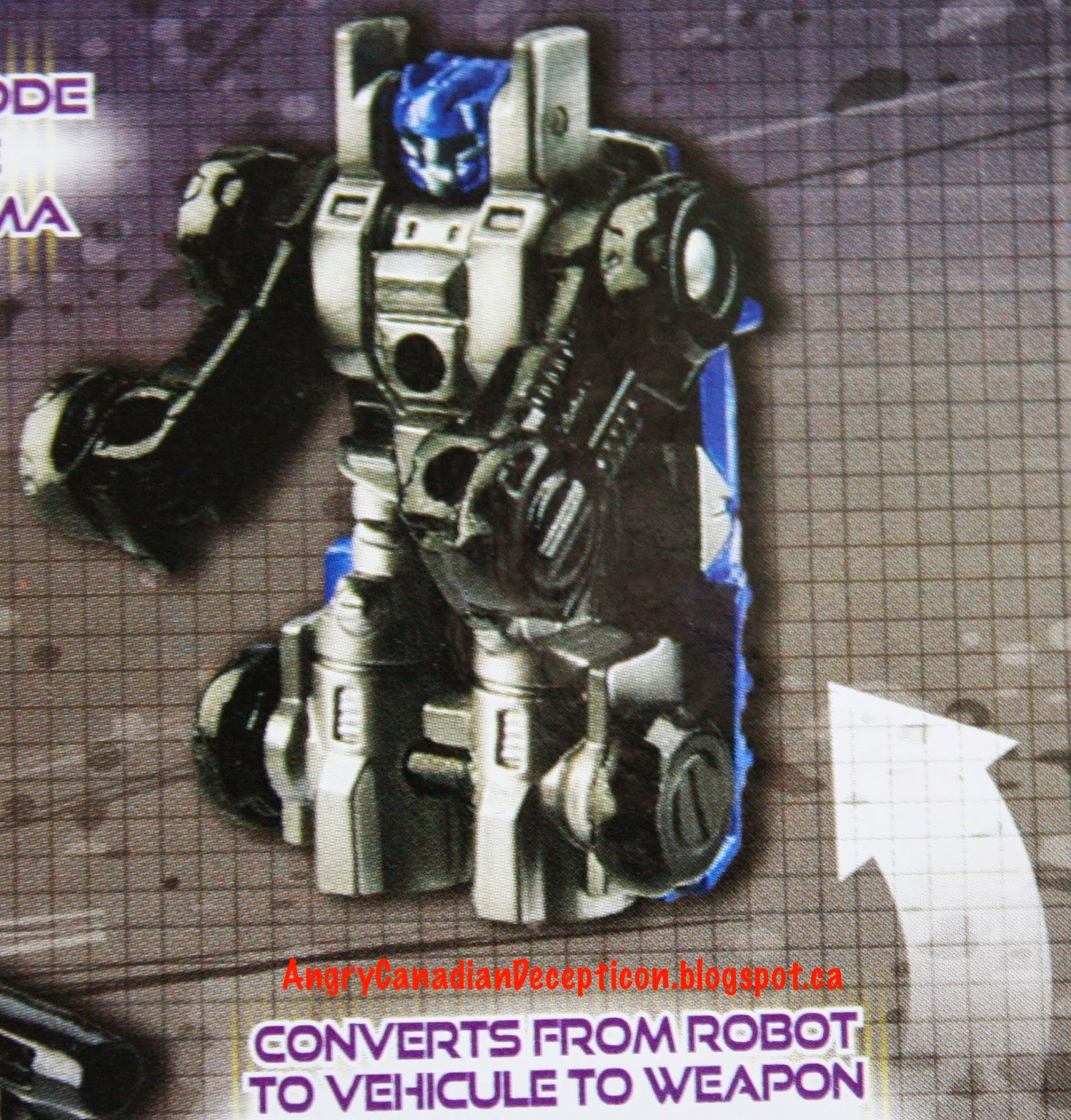 This set is probably my favourite out of the bunch.  I always felt Cosmos from the cartoons was a bit of a goof (maybe it was the voice that they gave him which turned me off) but this mold with its articulation and vibrate green colouring is absolutely fantastic. 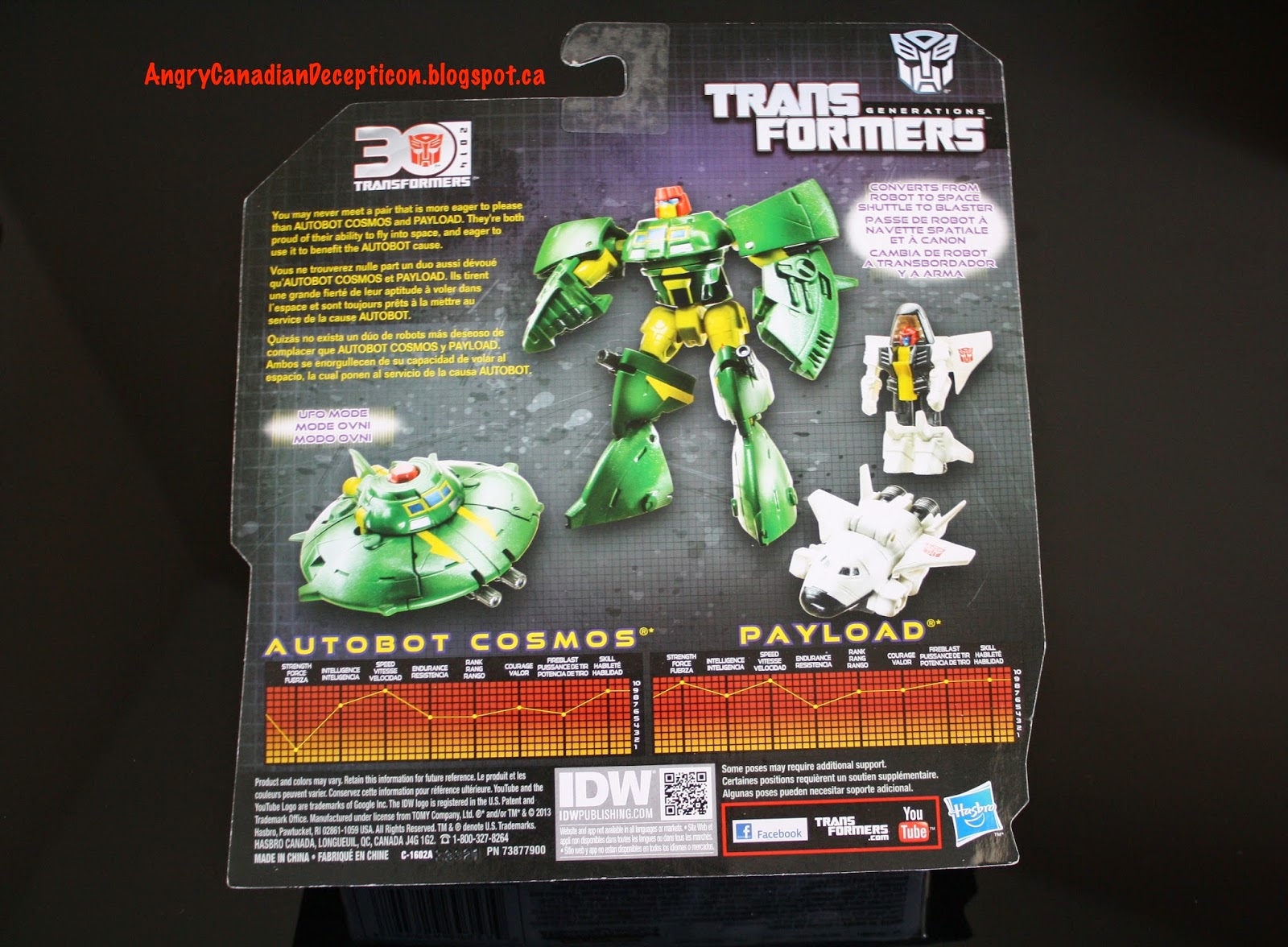 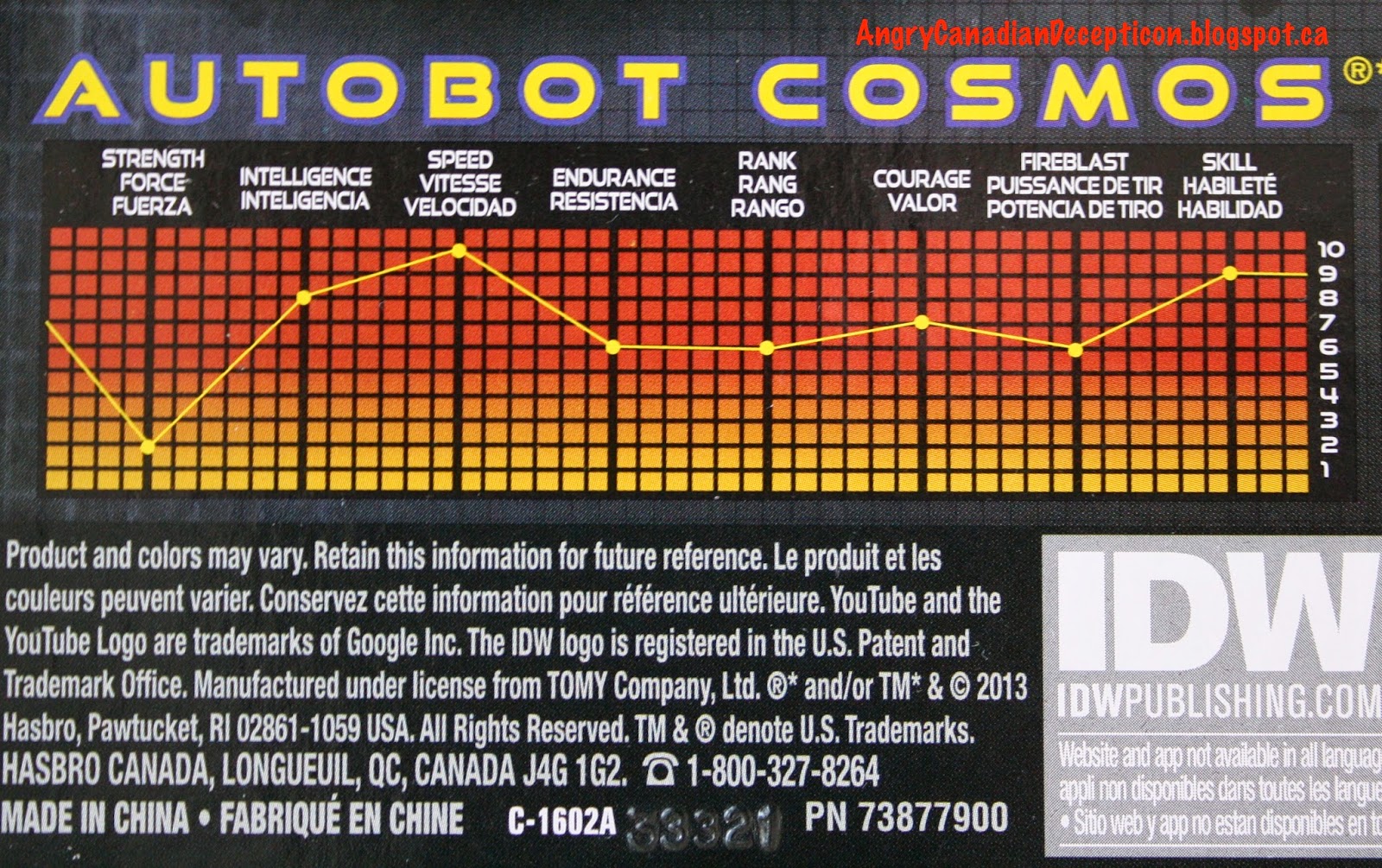 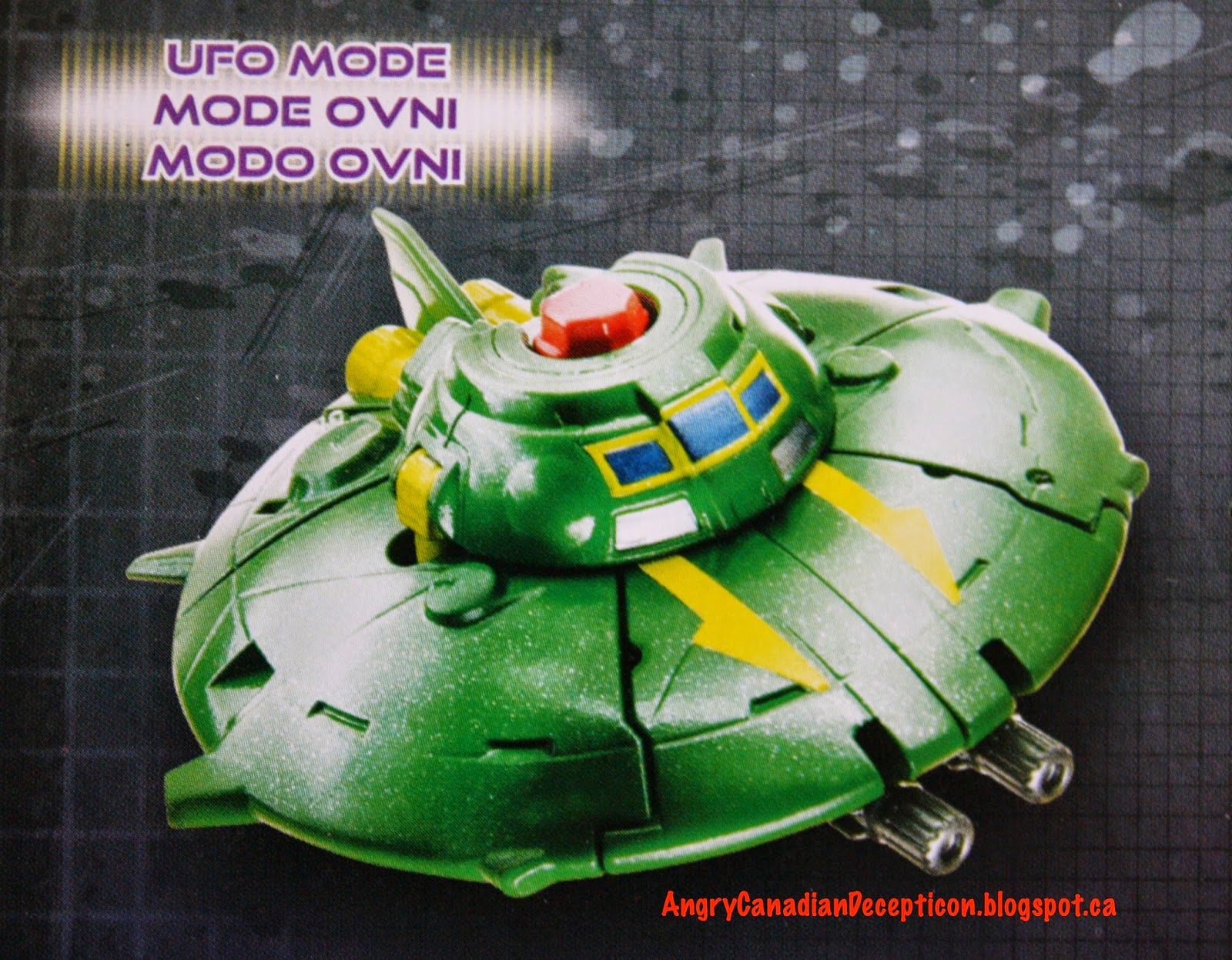 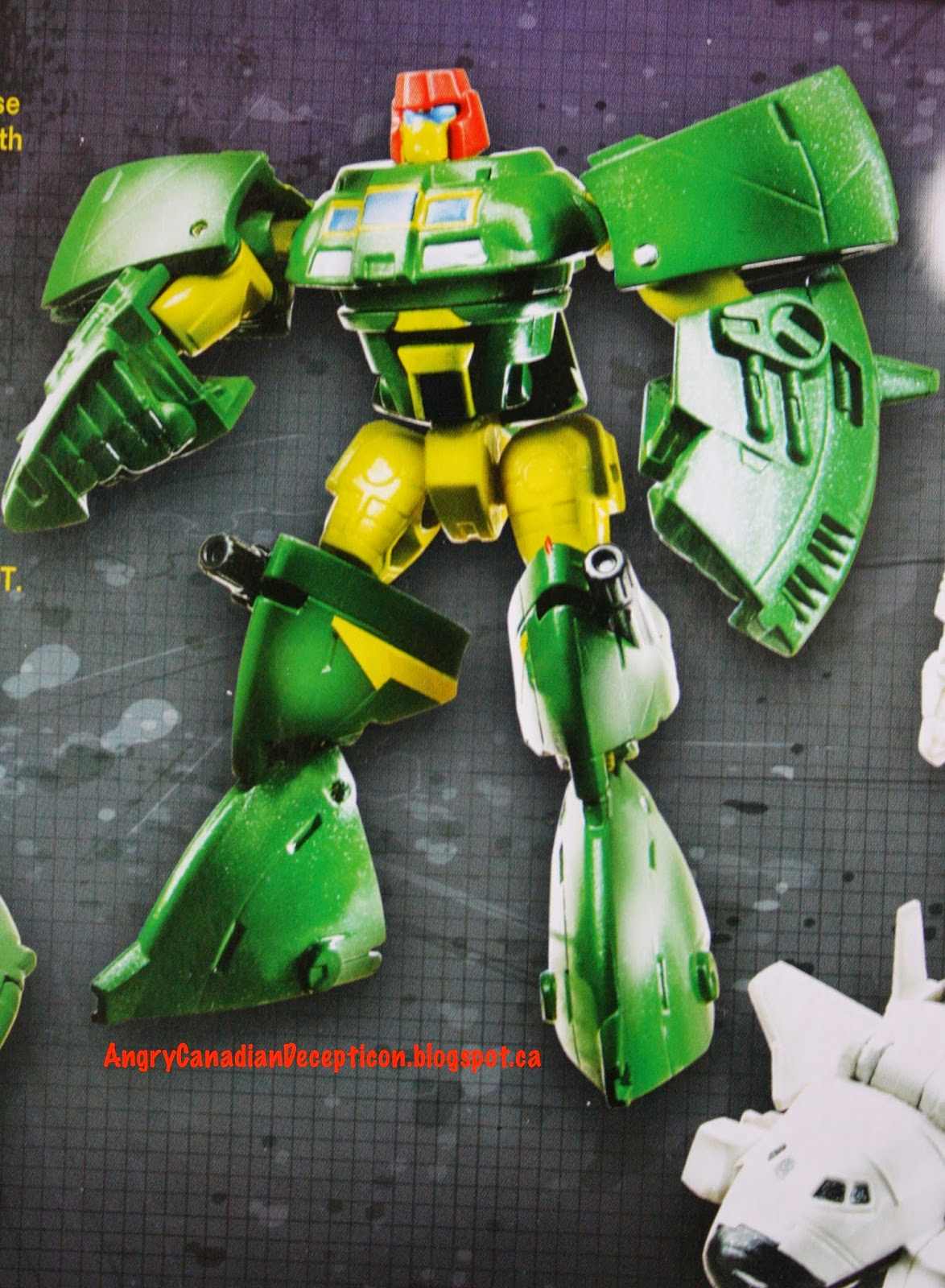 Now this was a lucky find for me.  After walking into my TRU fully expecting to be disappointed as per usual I was pleasantly shocked to find this lone Skids out in front of the other Generations figures.  Pushing my wife to the ground, I hurriedly tore him off the hanger and after picking my wife up, I excitedly explained that a number of fellow online bloggers were having issues finding him. 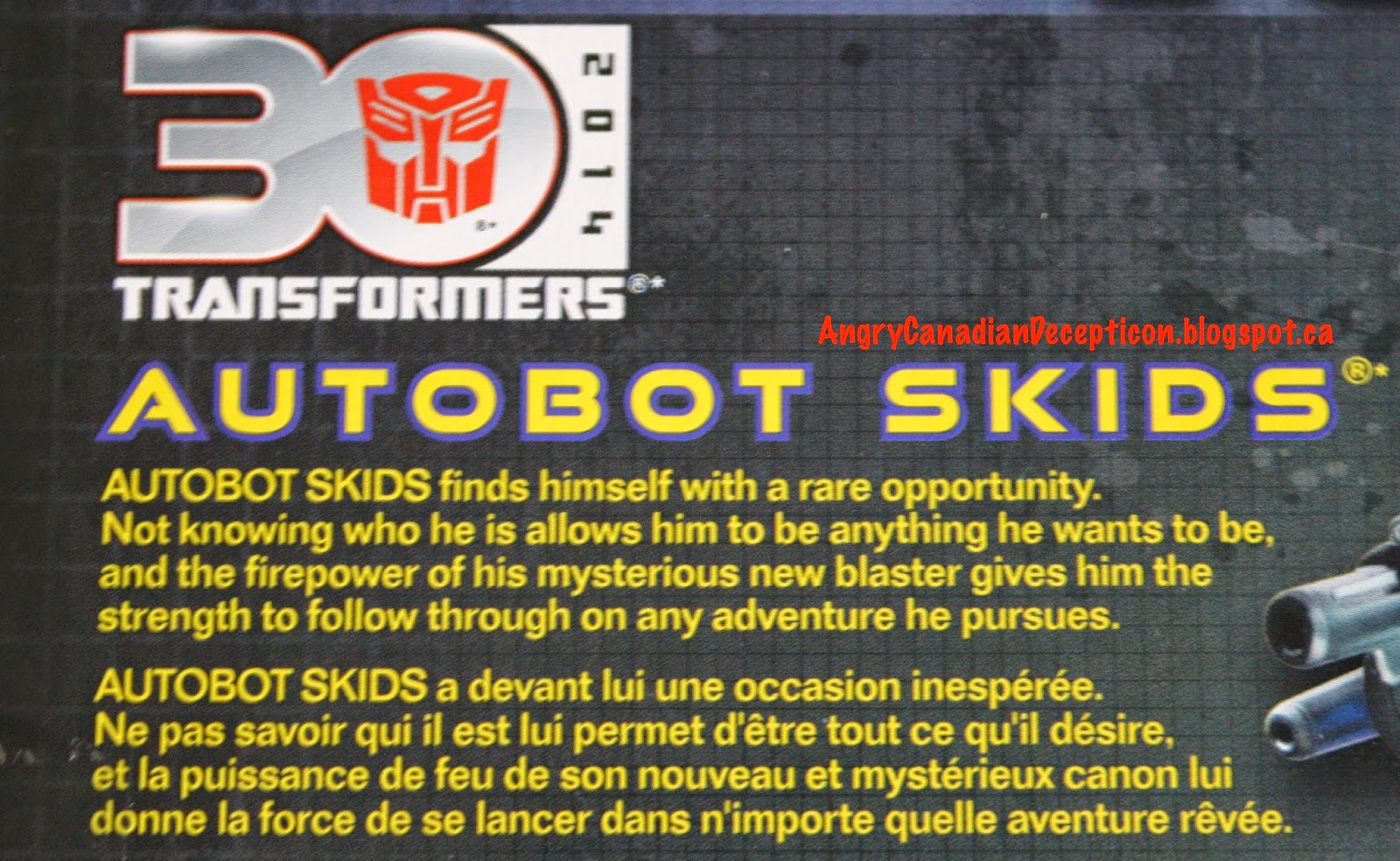 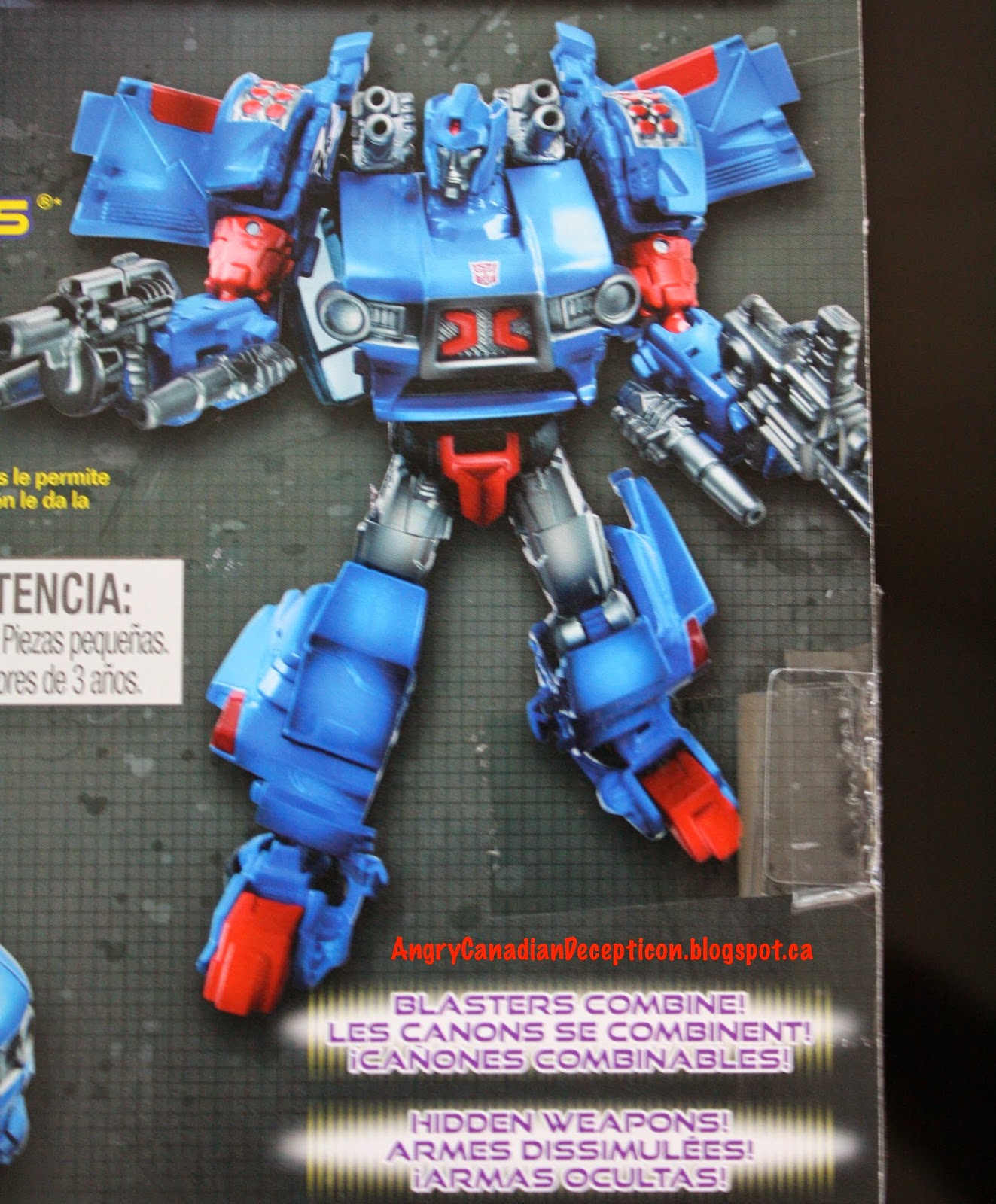 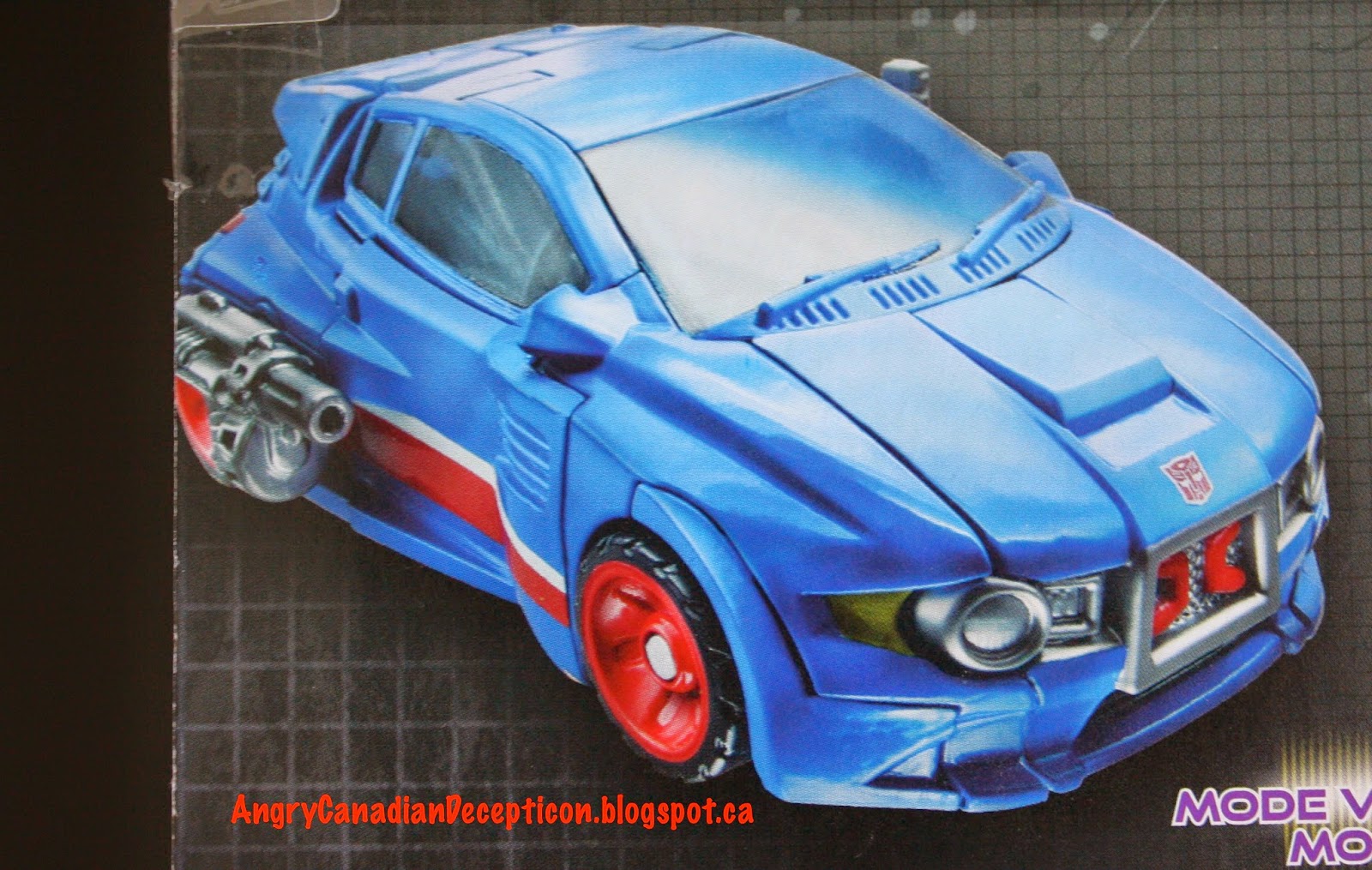 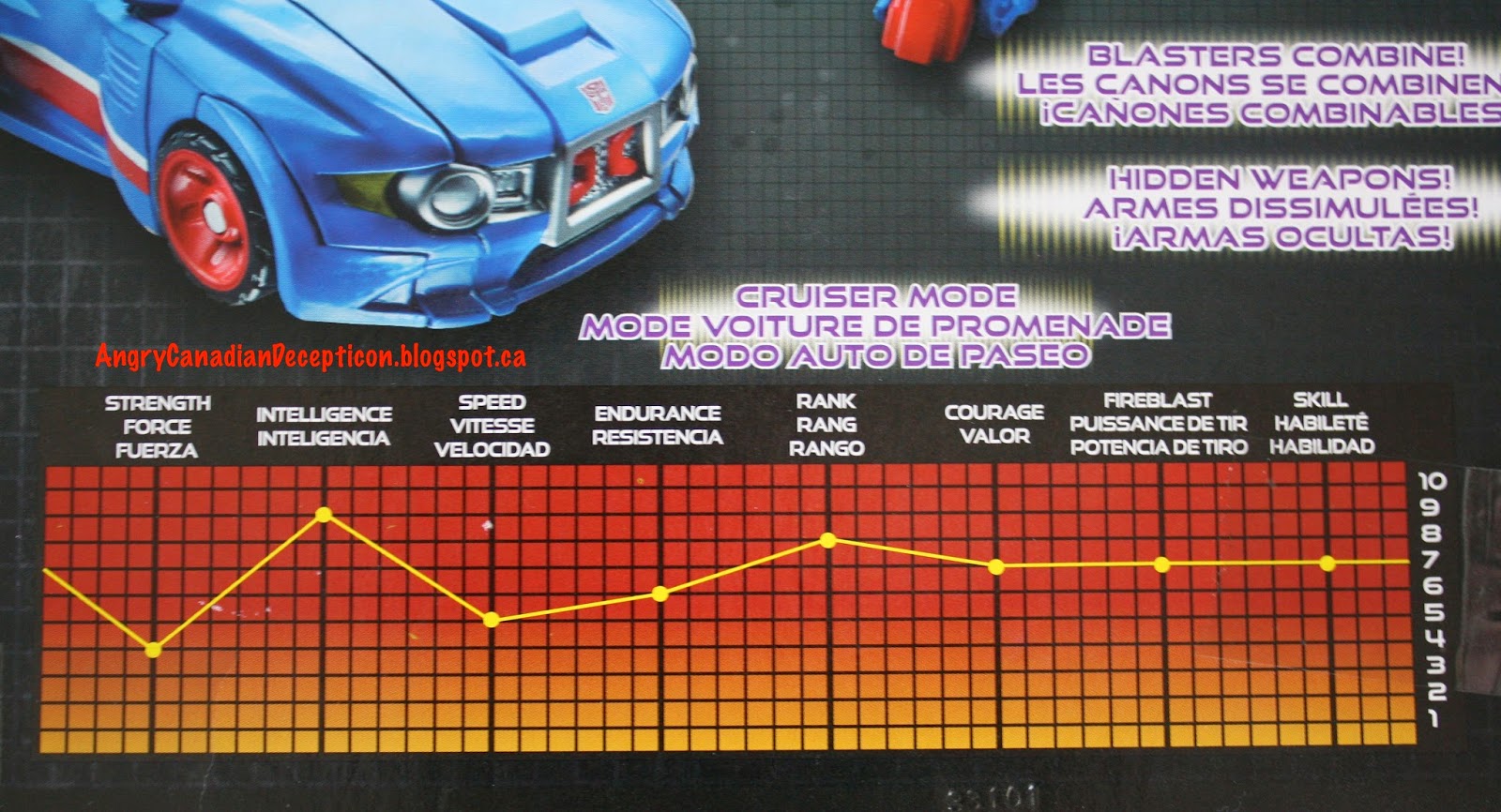 These next Kre-o figures I bought just because they are main charcters and they were on sale for $2.99. 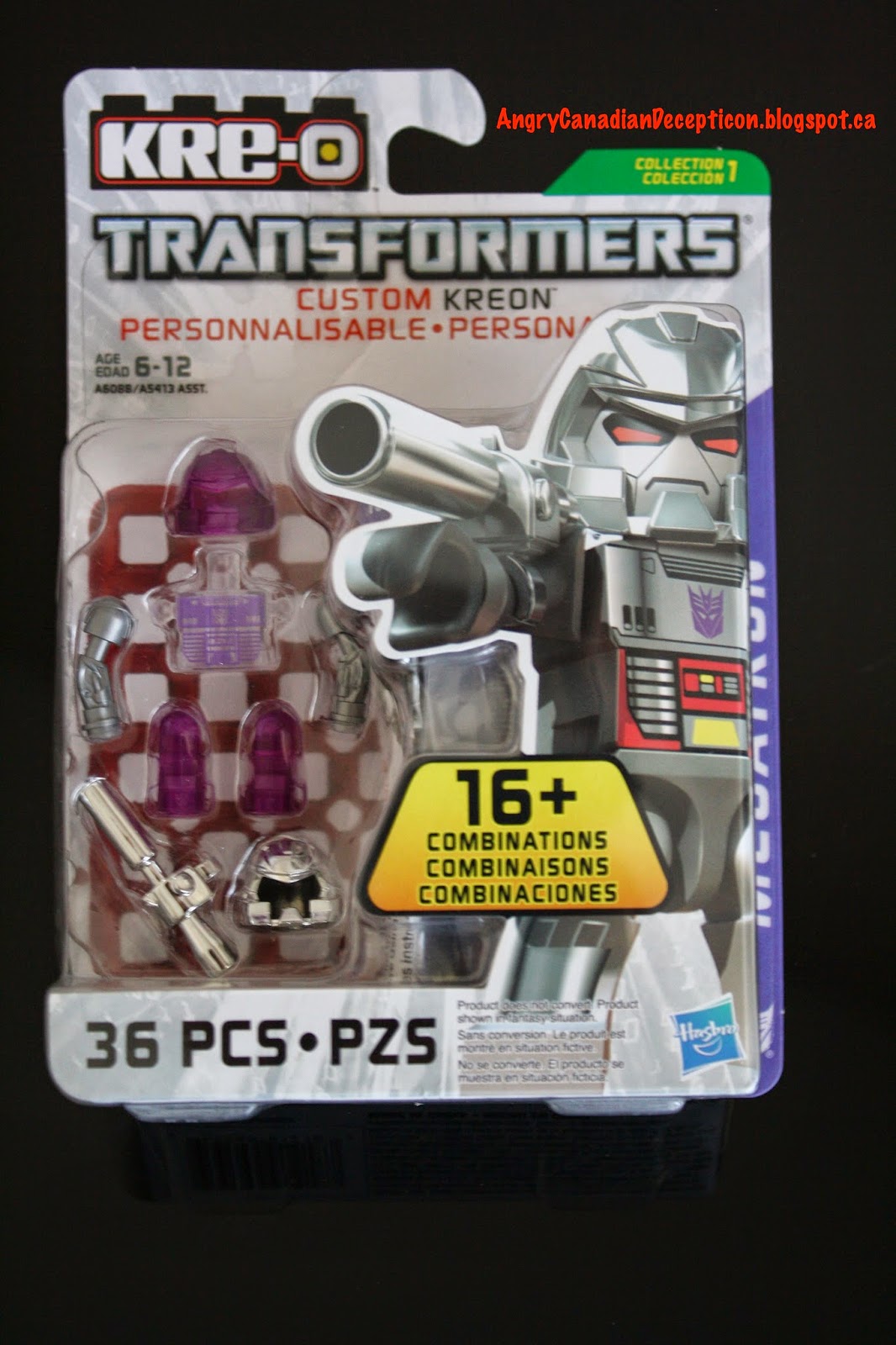 I like how they gave Megs his arm cannon. 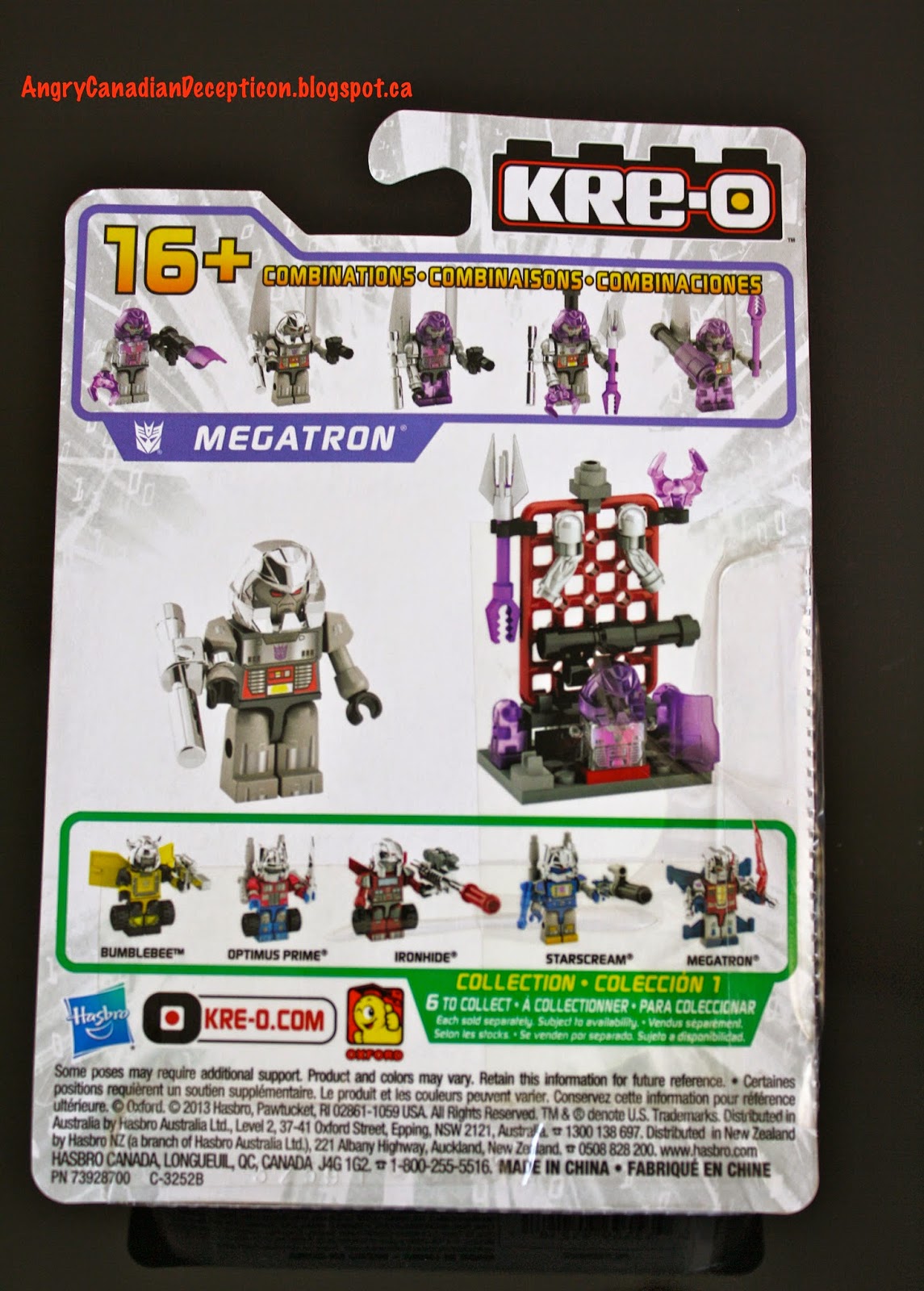 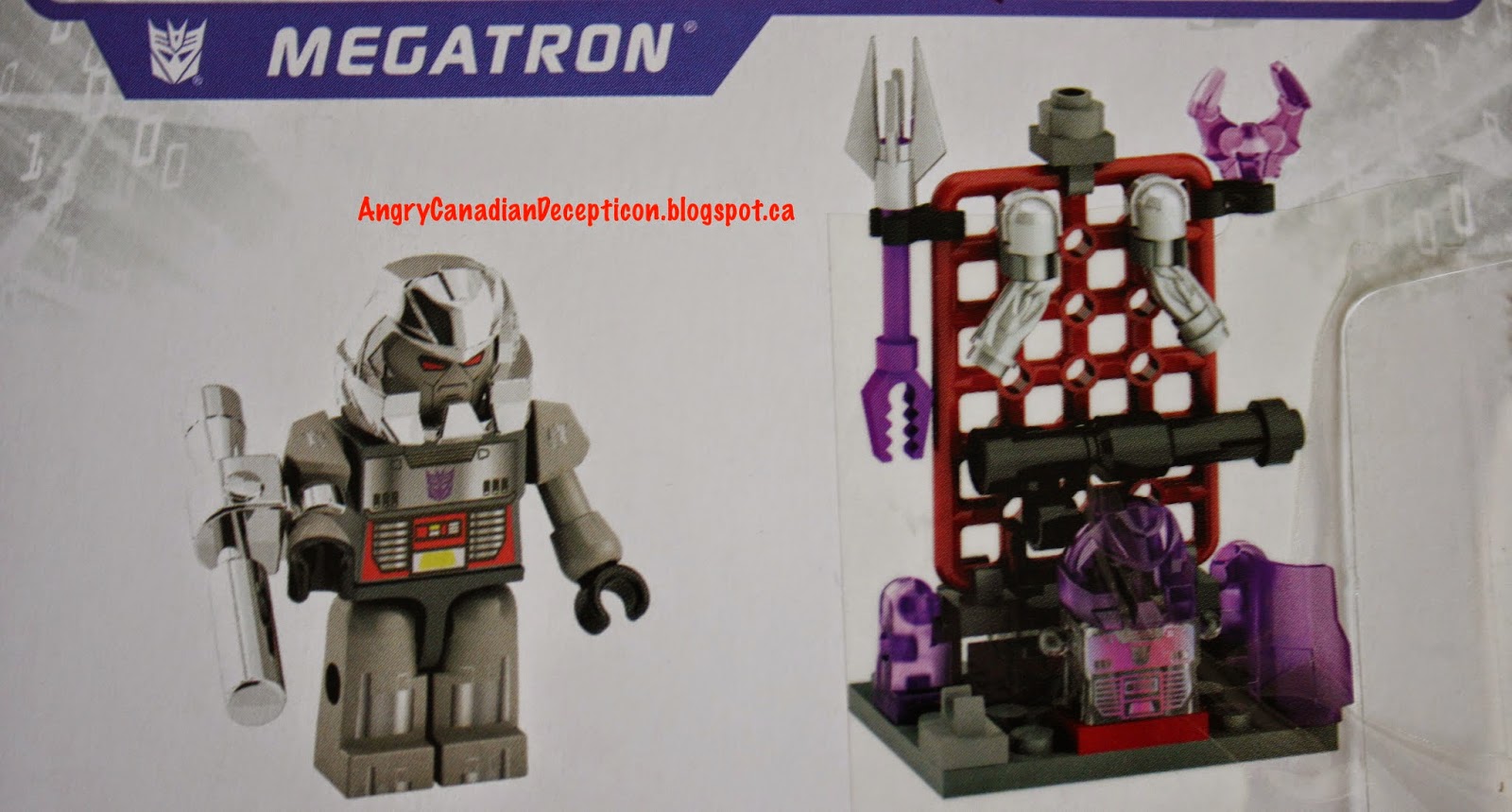 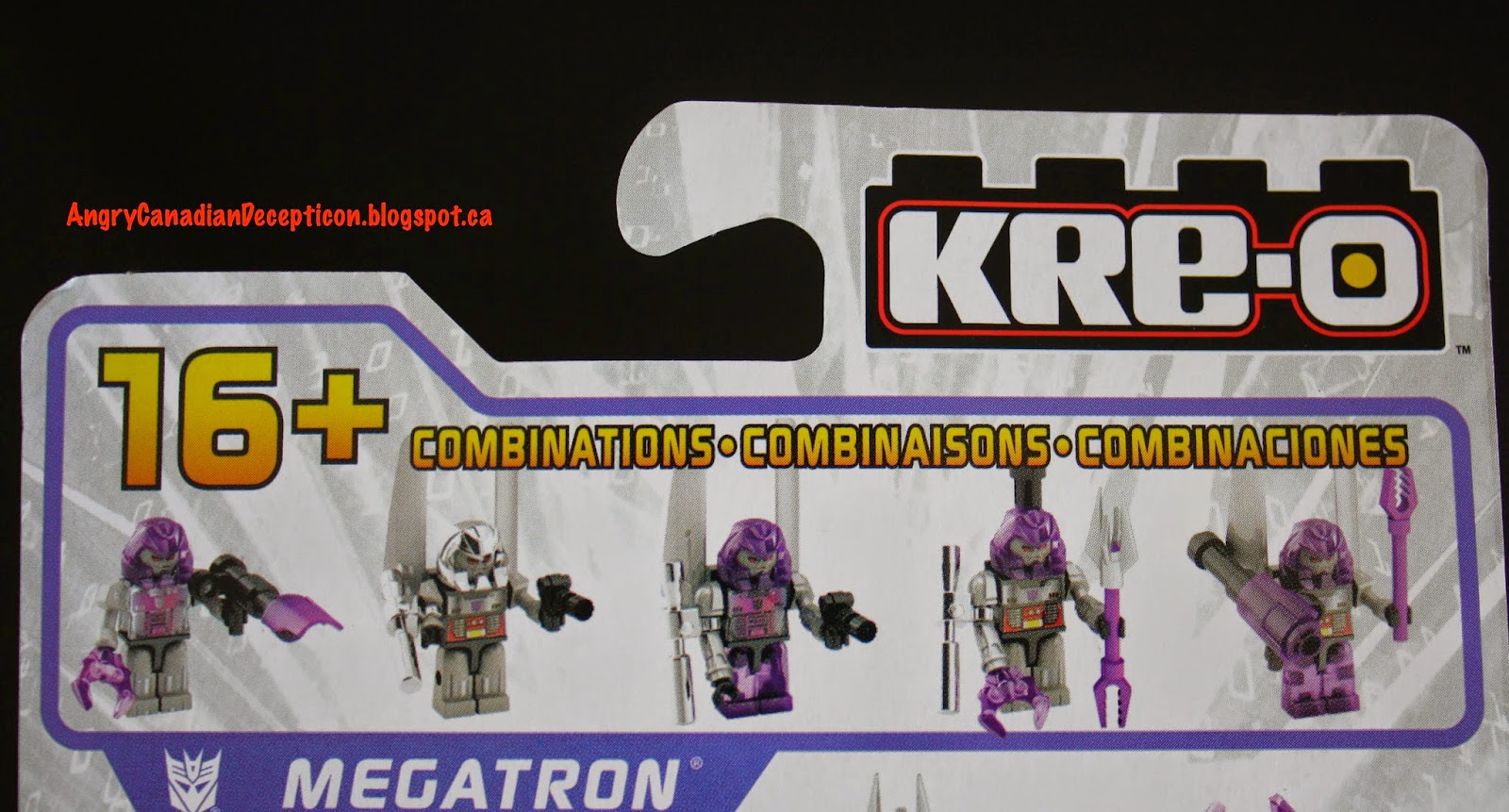 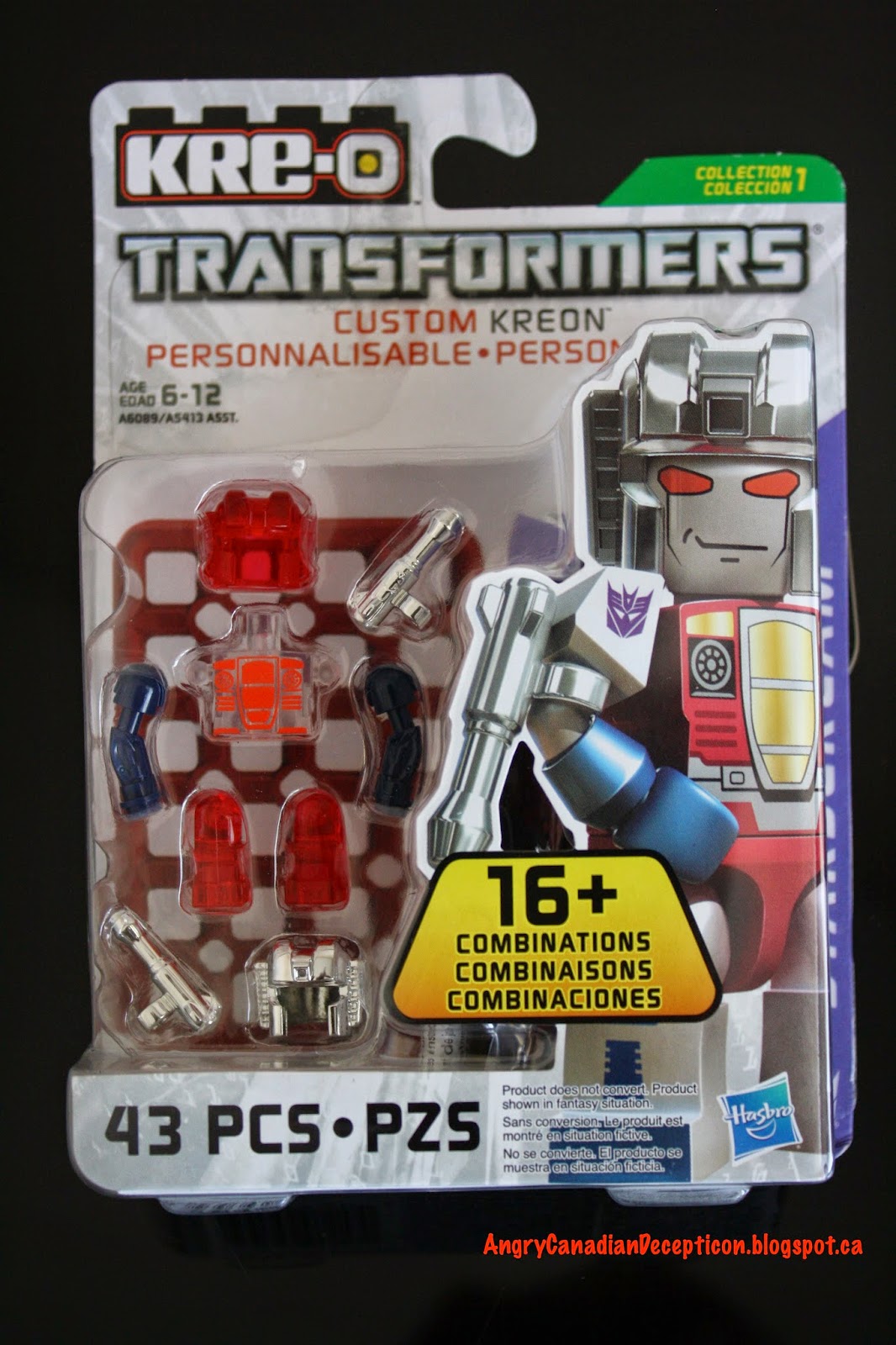 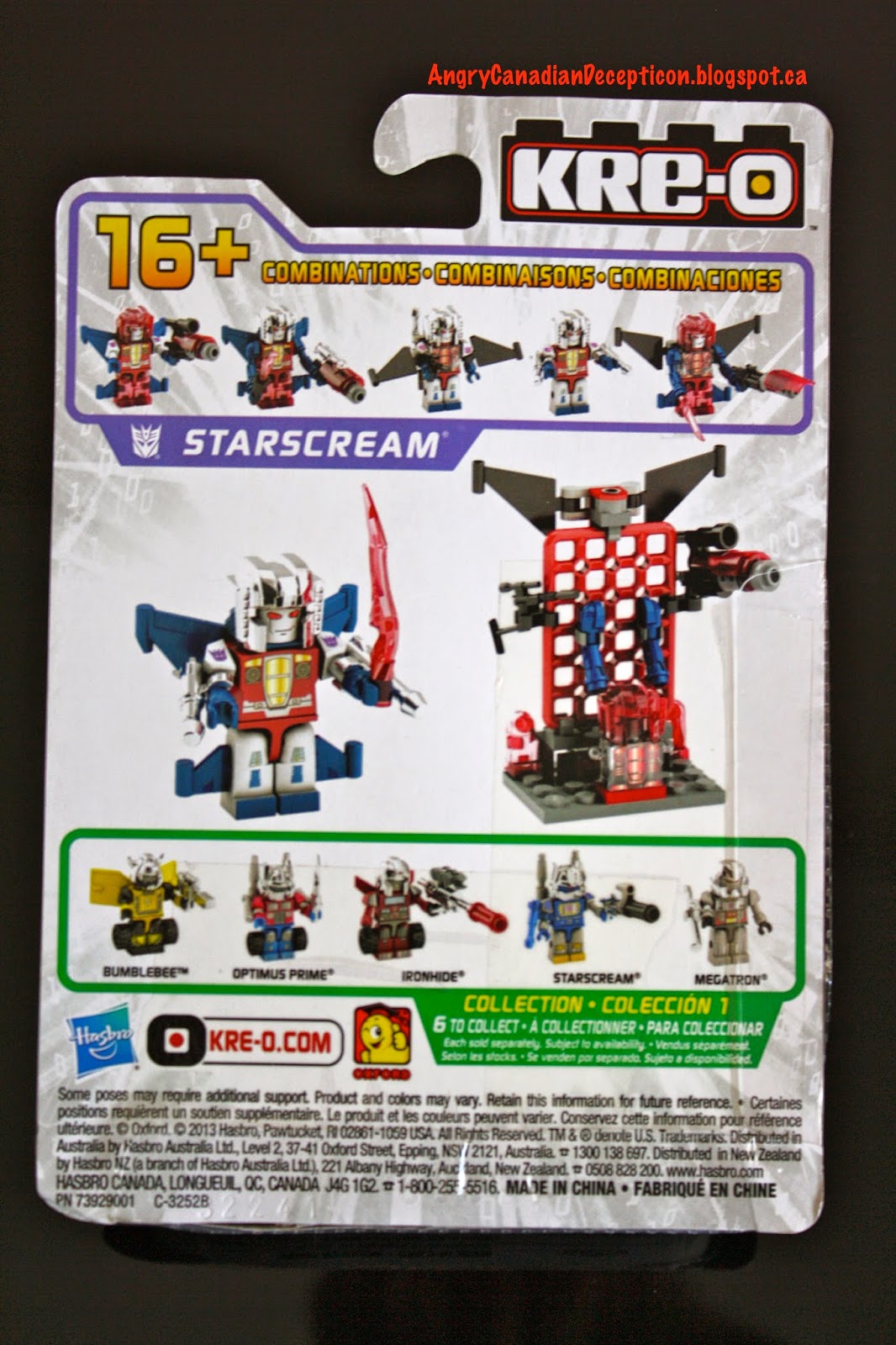 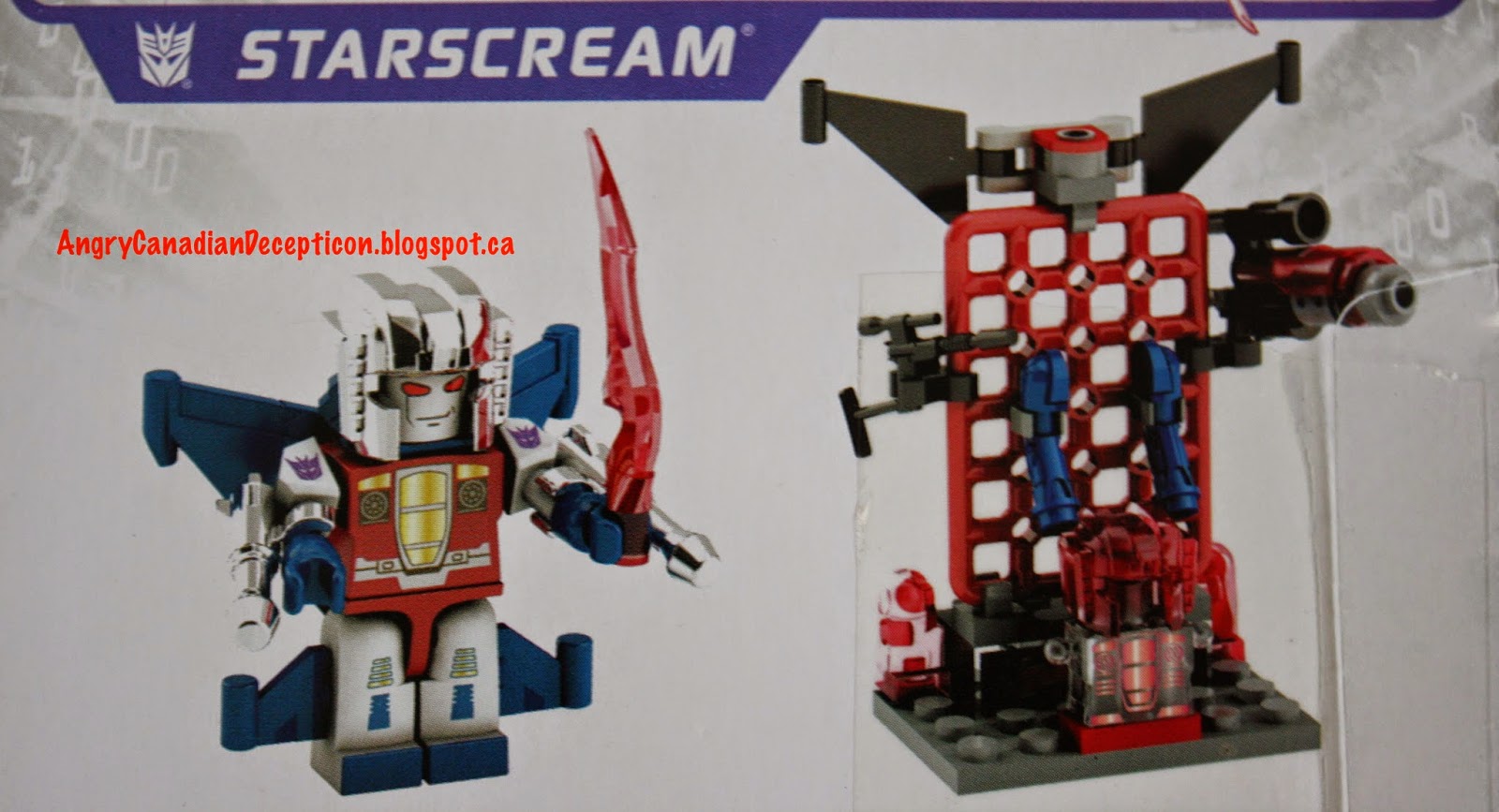 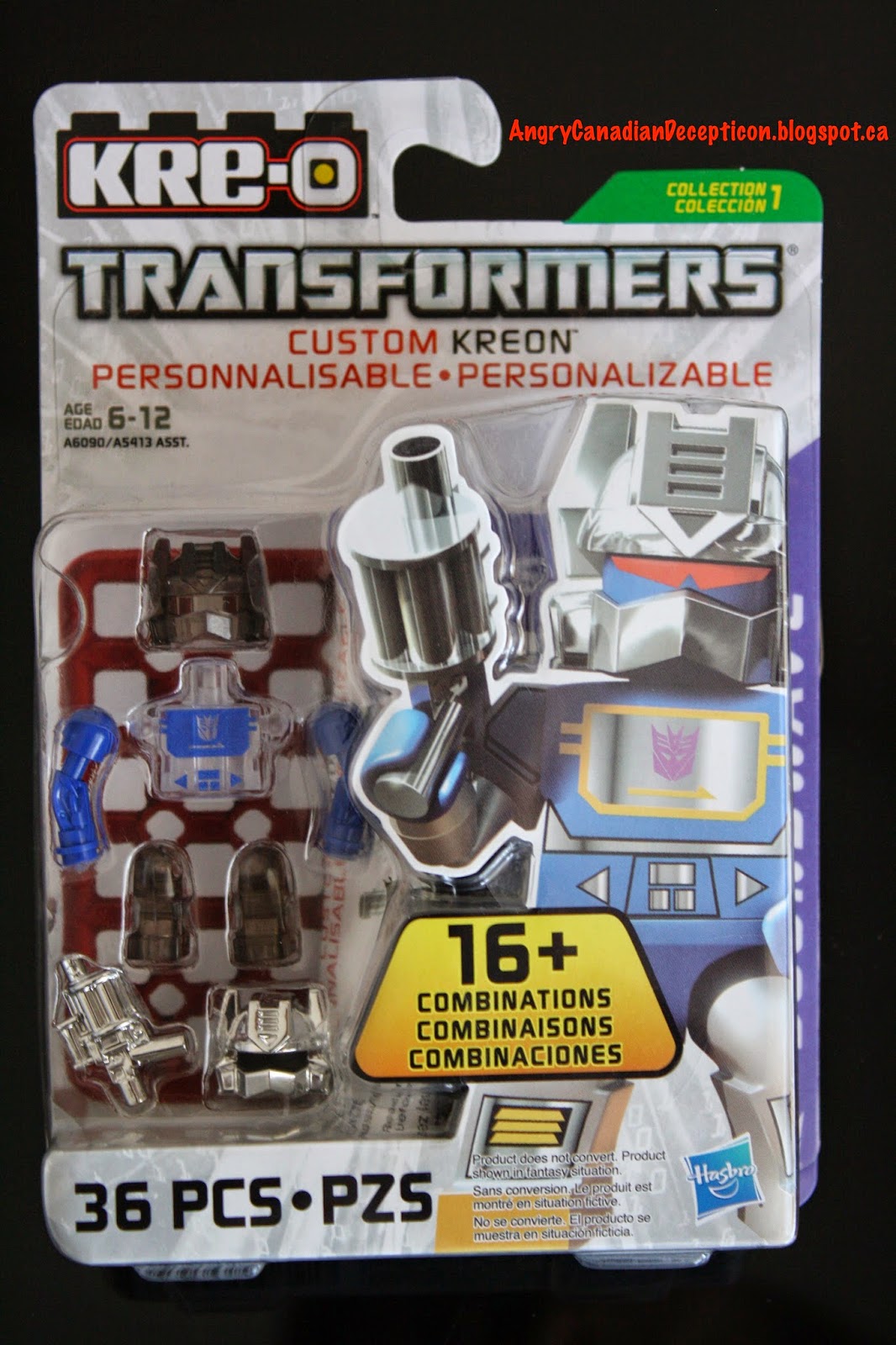 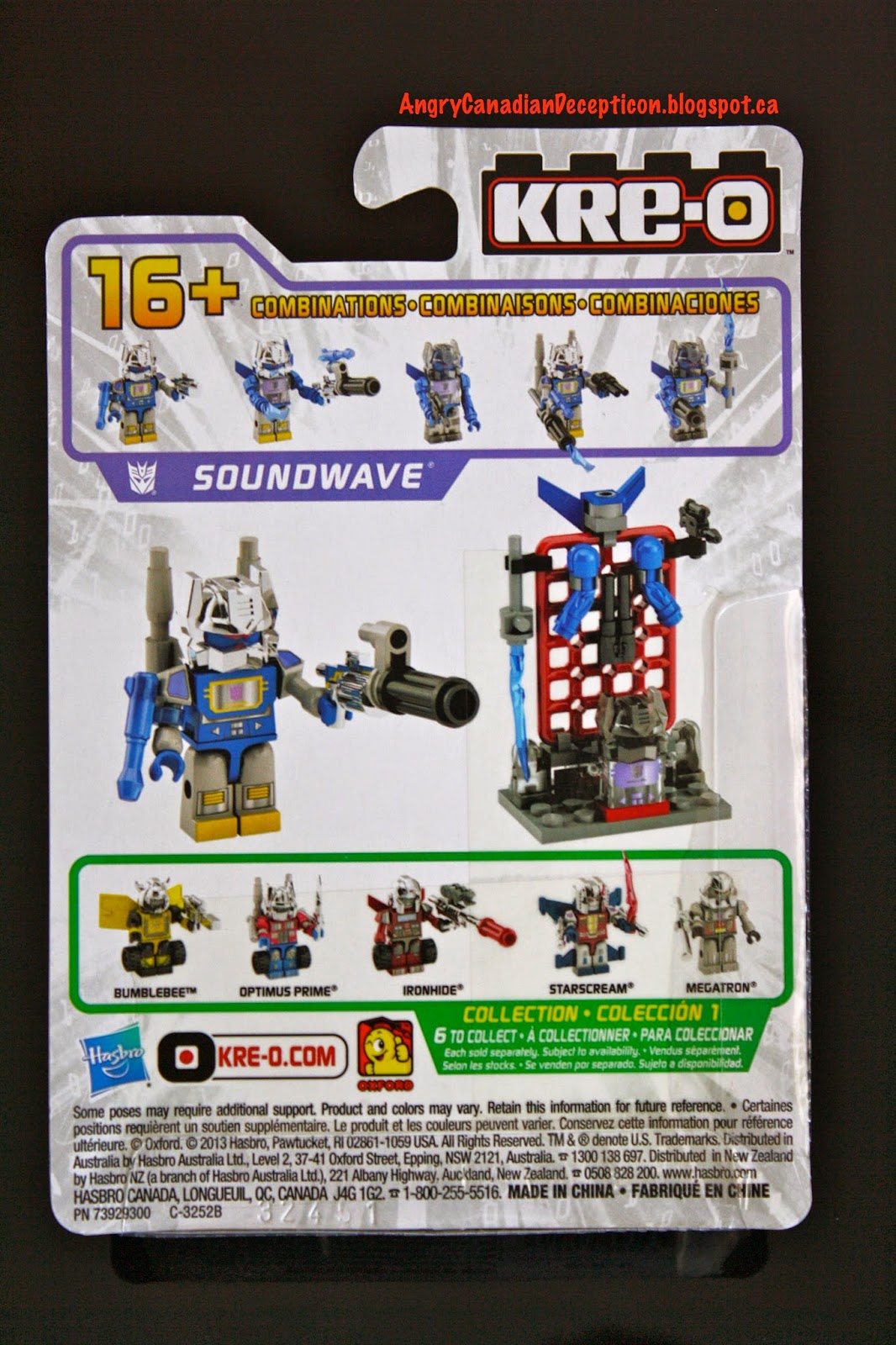 Abominus was on sale for $6.47 so for half price this was a good buy as well. 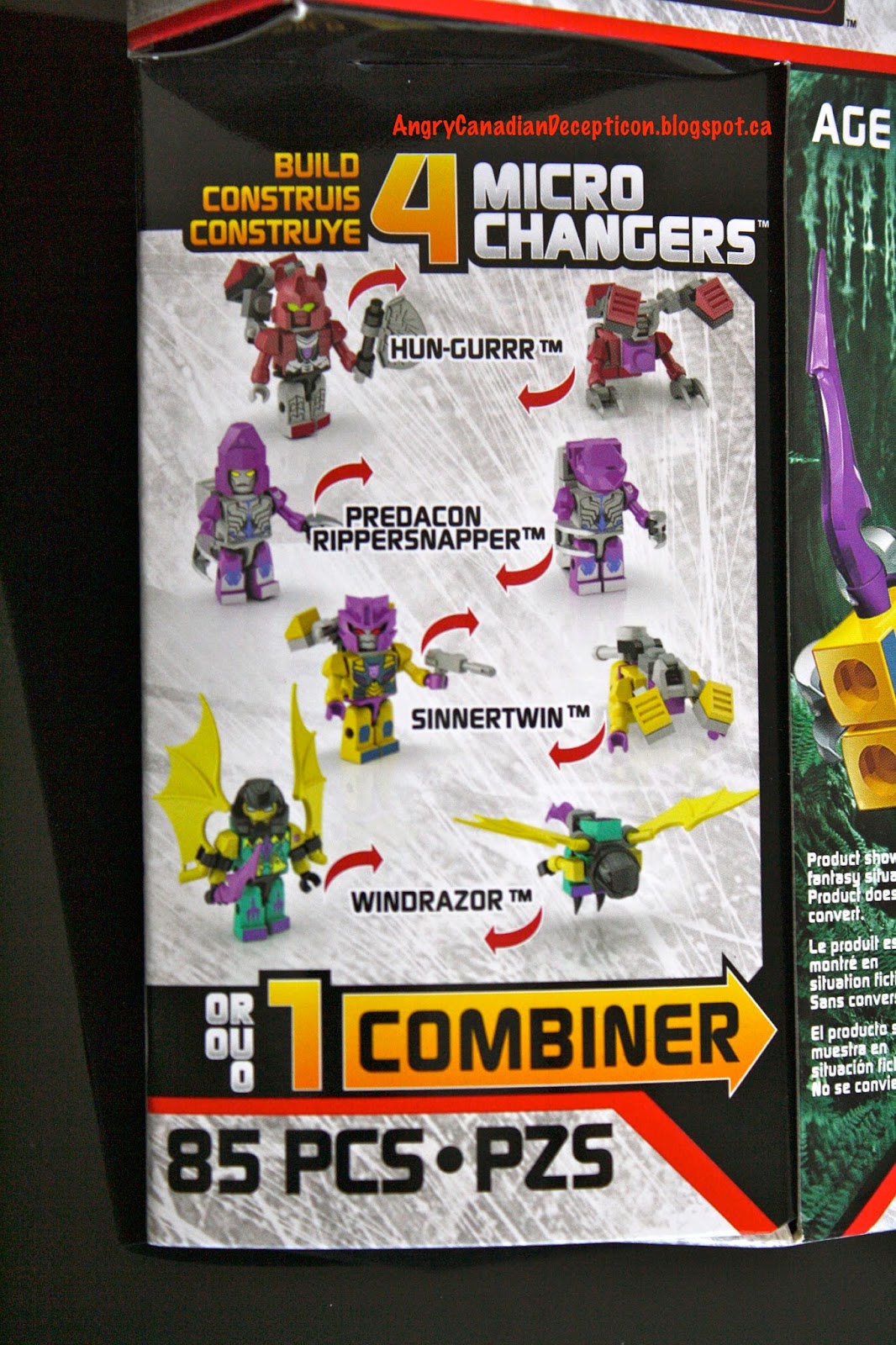 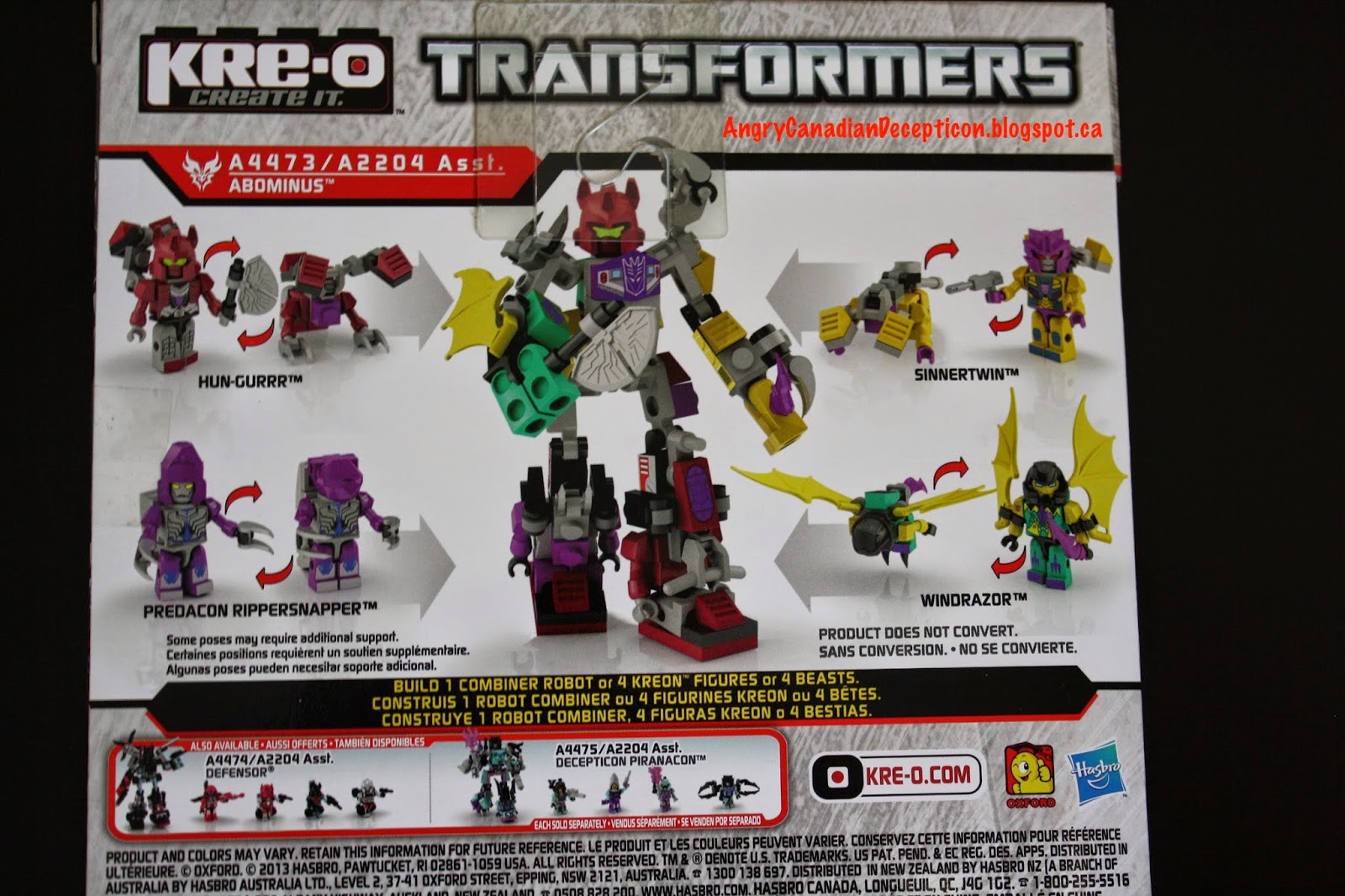 Swerve was bought based on his potrayal in the comics. 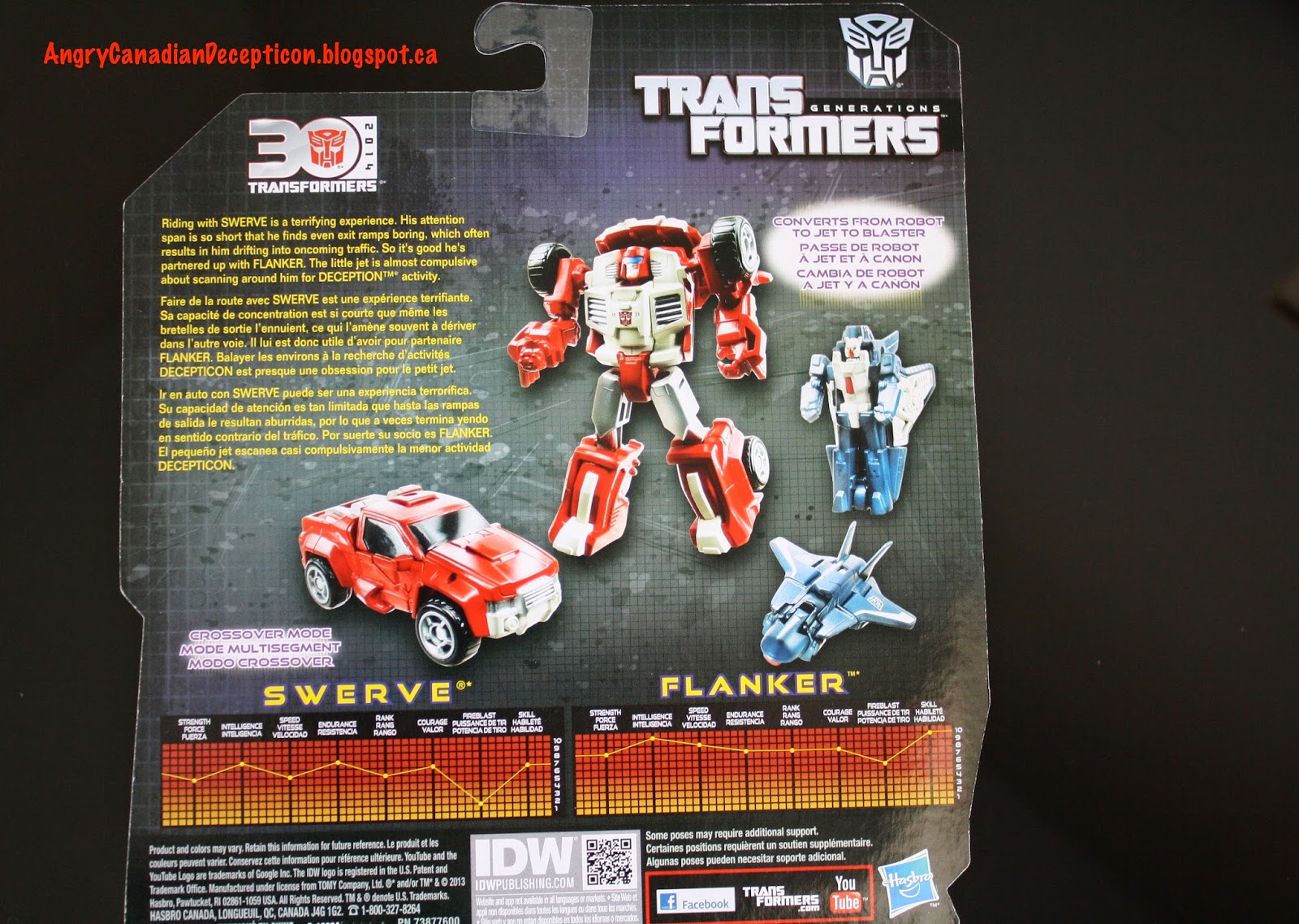 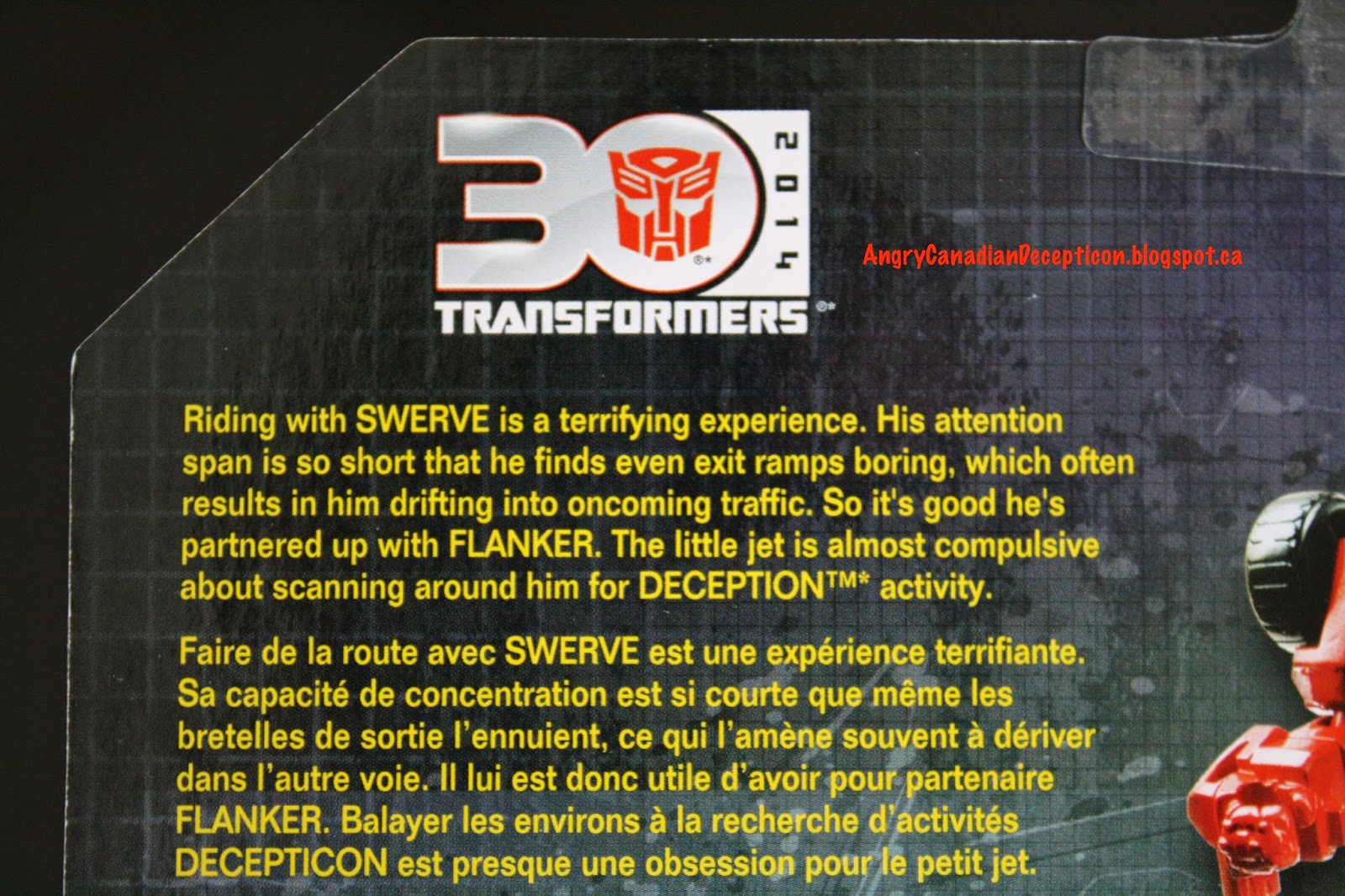 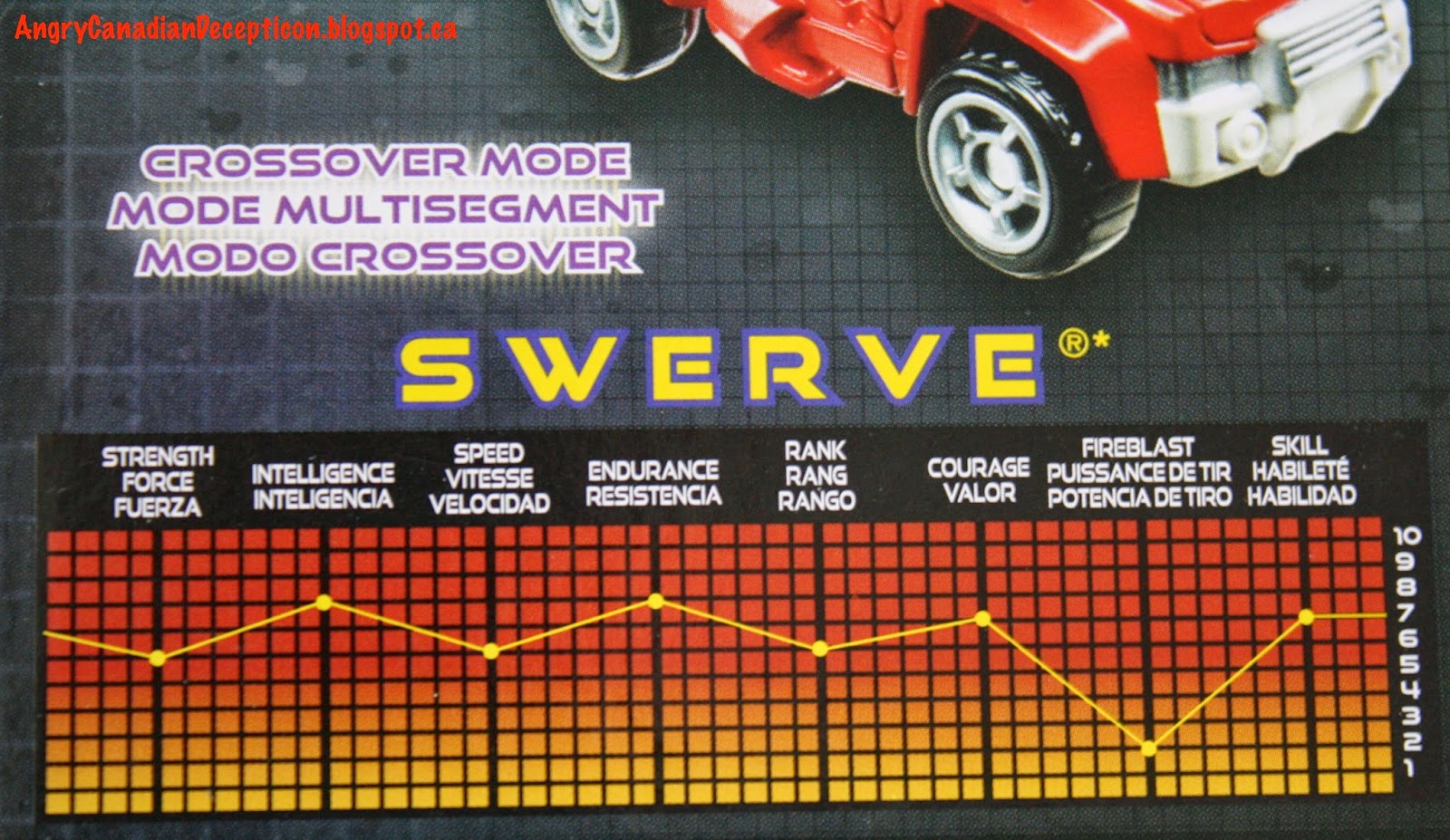 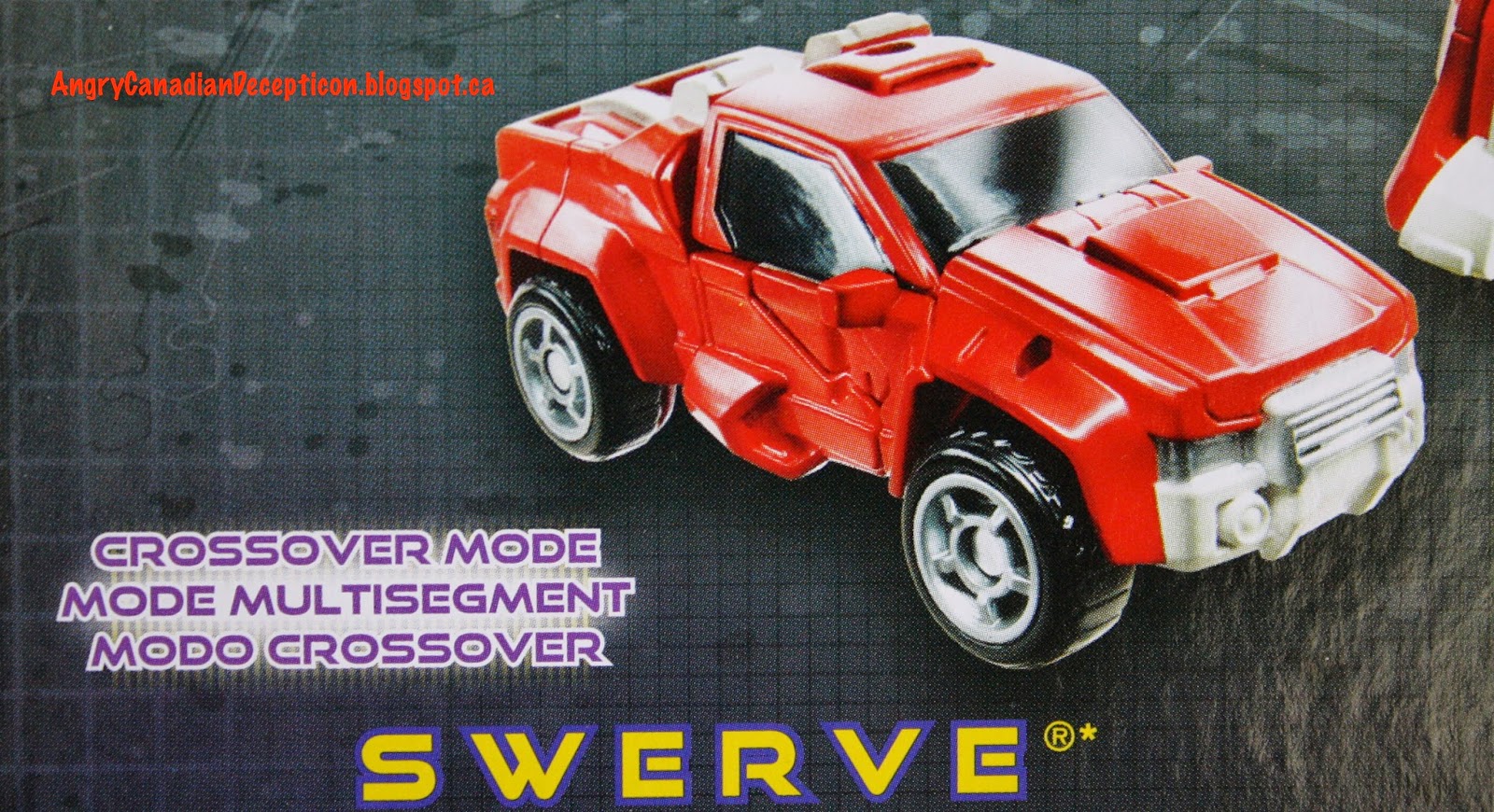 All in all, a few fun purchases that didn't break the bank and won't take up a lot of space in the closet.

Posted by acdecepticon at 1:49 AM