It's 6am and here I am, taking these pictures because our baby just finished her morning bottle and has decided that it's time to not go back to sleep.  So it's her off to her baby swing and me taking the only time I'll probably have today to squeeze these pictures in.

In my previous post (click HERE), I had shown everything wrapped up still, so these are the items that just arrived from TFSource.com 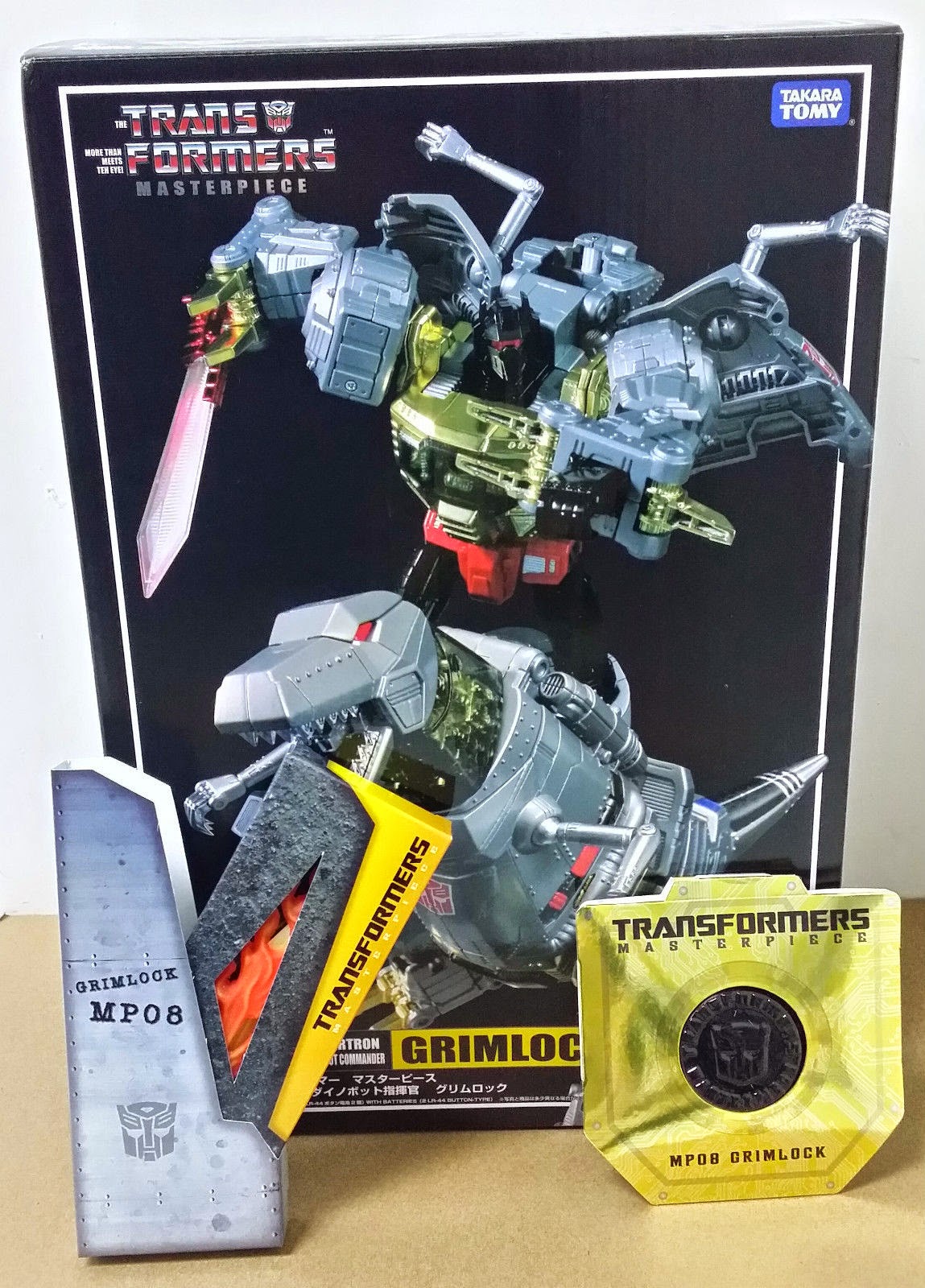 Click (HERE) if you would like to see what this set is selling it for at TF Source.

First off, you probably could have guess from the big box in my previous post that this was probably one of the figures that had arrived.

This is the other MP Grimlock that I have.  I have never preferred the Hasbro packaging over the Takara; the only plus side of the Hasbro version being that you can actually display the figure somewhat without having to remove it from the packaging.  My biggest peeve being that you get none of the fantastic box artwork that comes with the Takara sets.  When the time comes, this will most likely be the version that I open up. 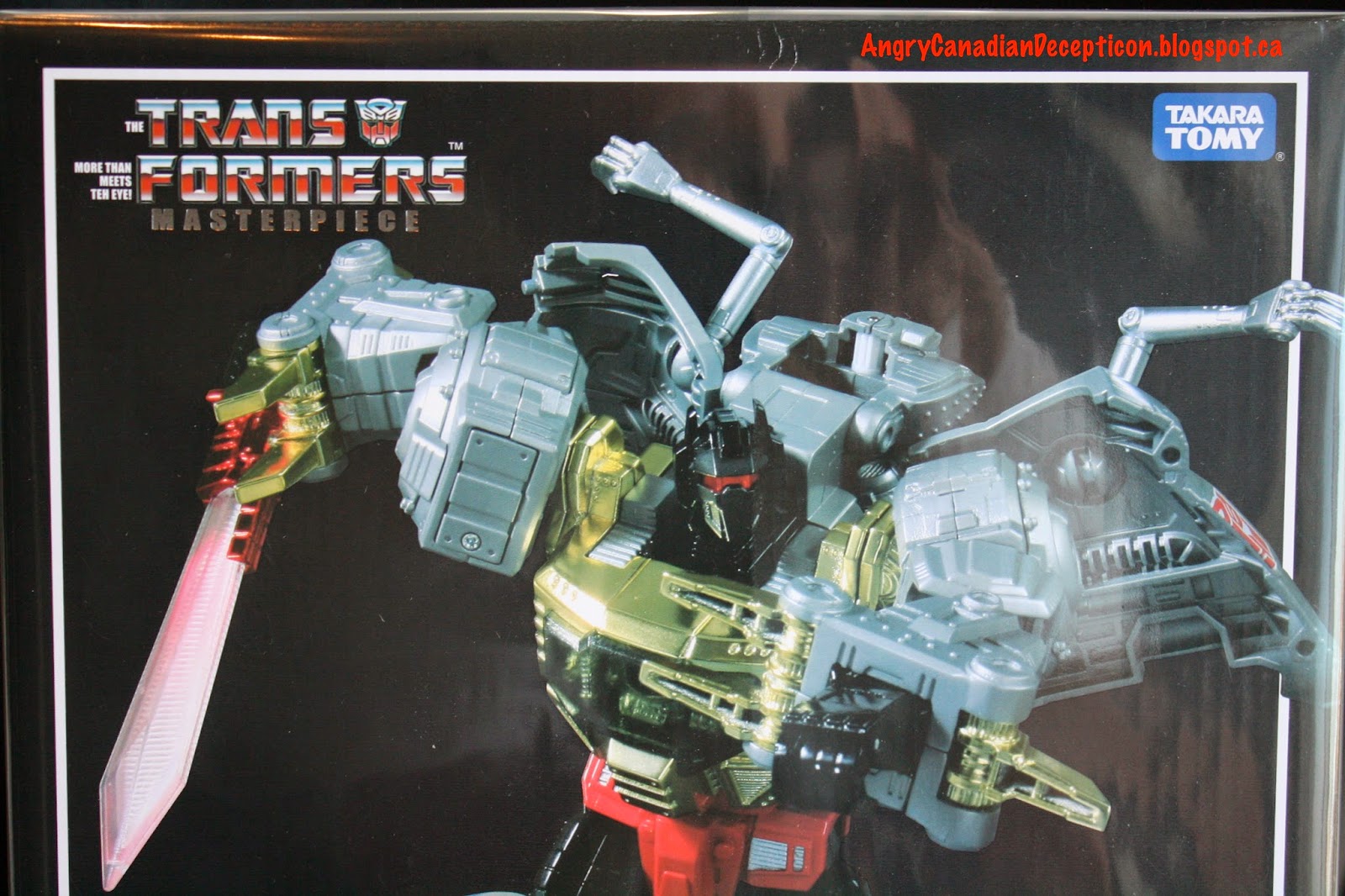 Like I said, you don't get any of this with Hasbro.  You'll have to excuse the shine since this box is still wrapped up in plastic……have I mentioned before how much I love TF Source's packaging. 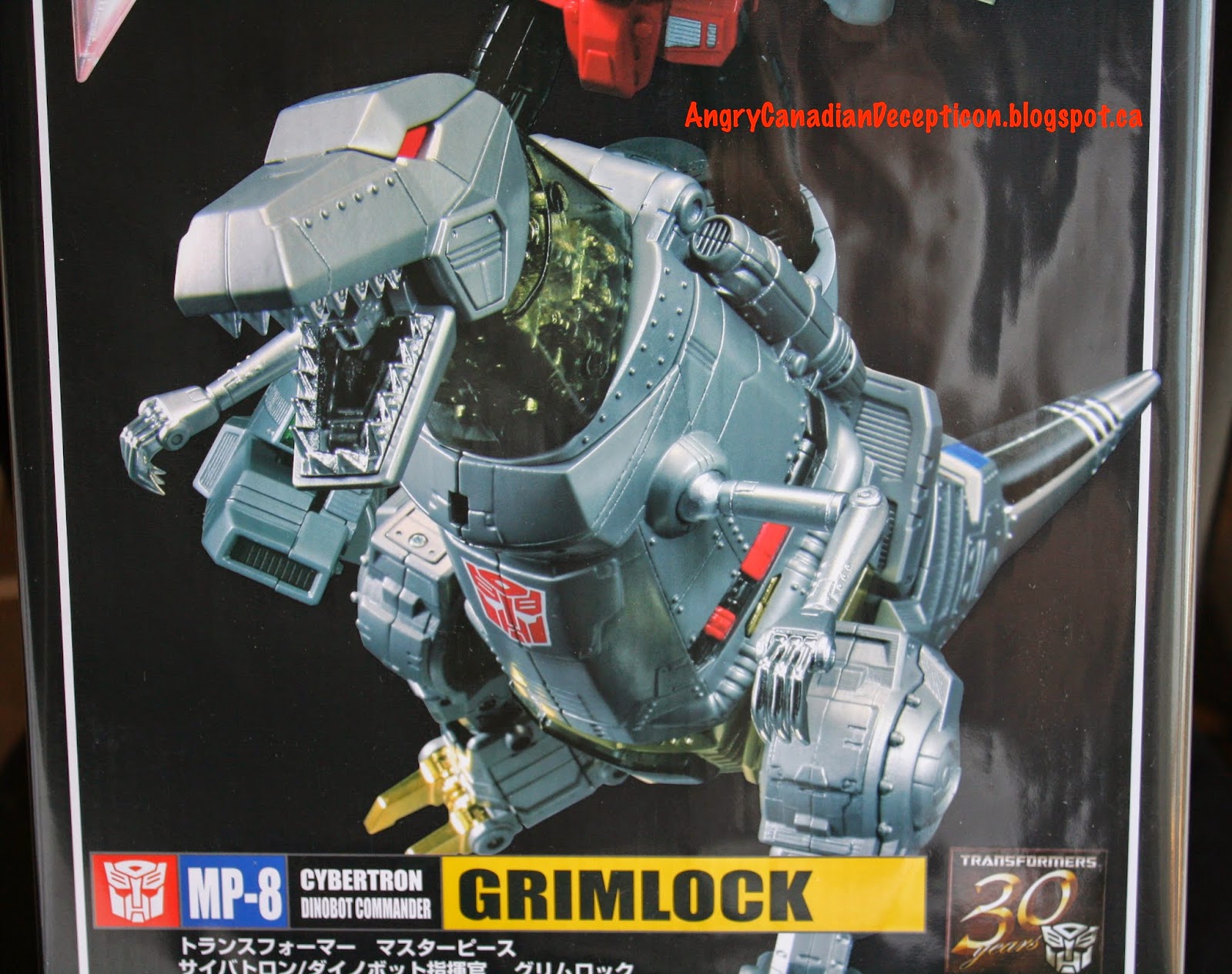 As seen in the episode "Grimlock's New Brain", where he transferred his newly-acquired intelligence to his creation, Computron. 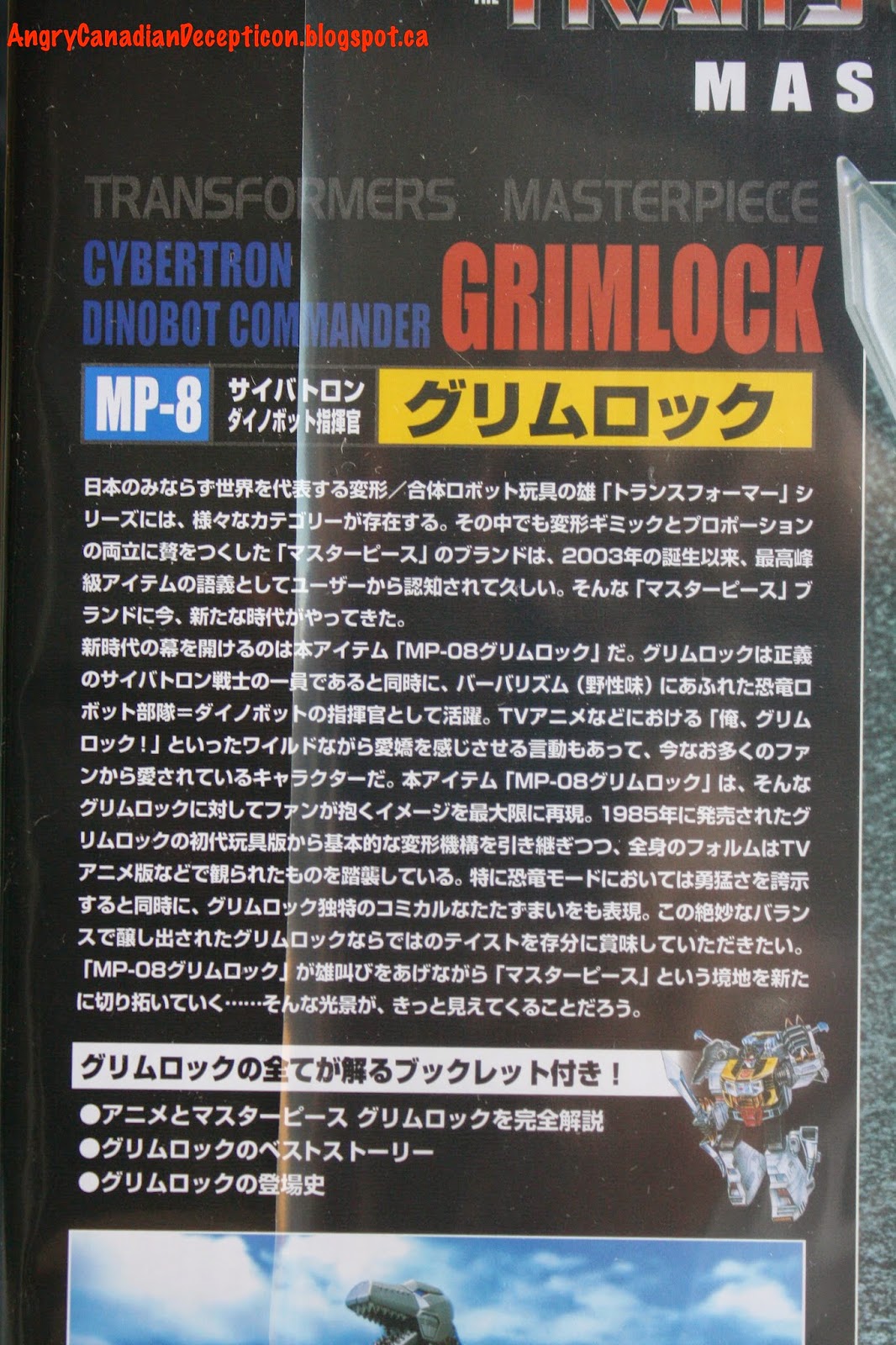 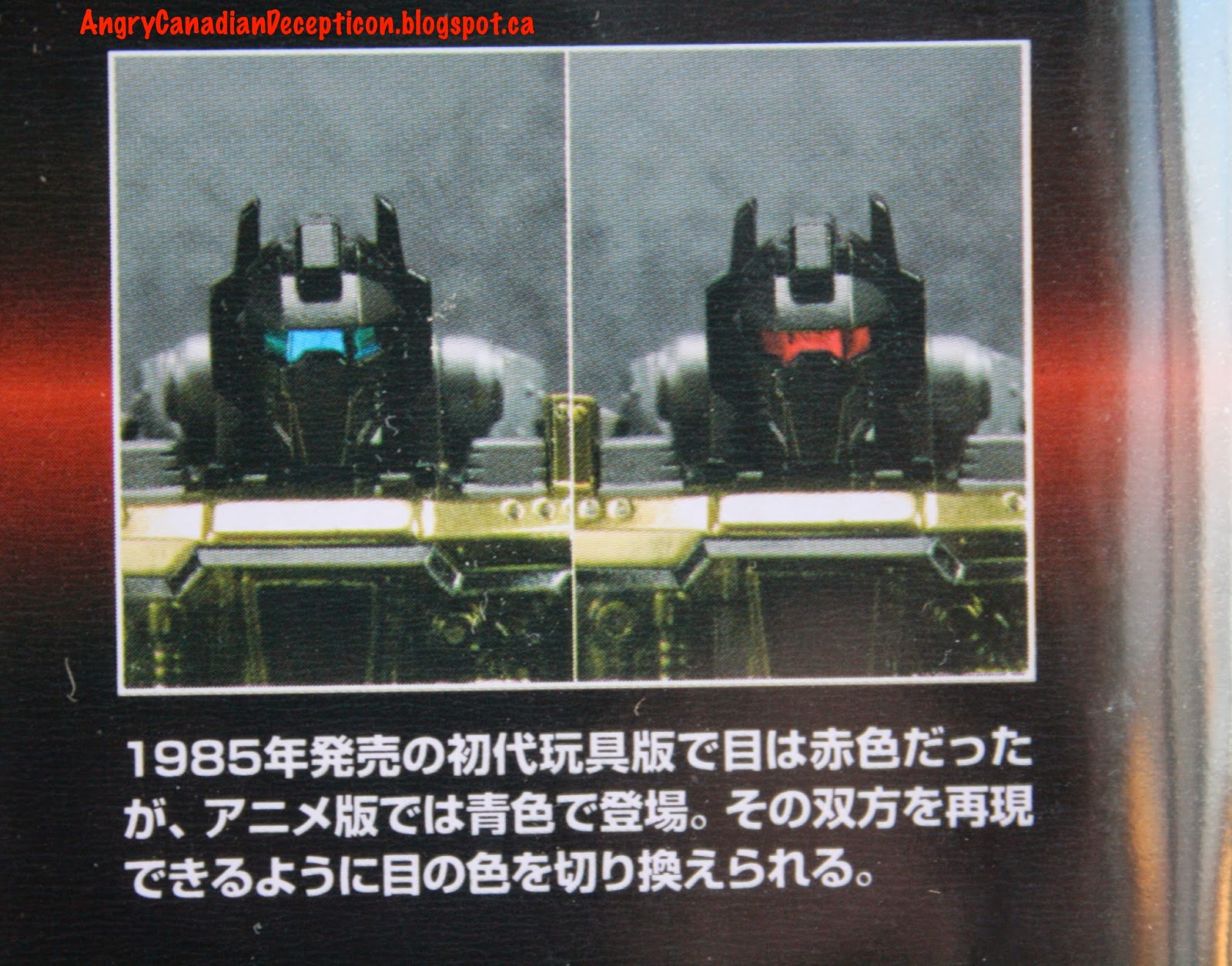 The eyes in both the robot head and the dinosaur head can be switched between blue and red, depending on whether the owner prefers a look more consistent with the U.S. cartoon or the original Diaclone toy. 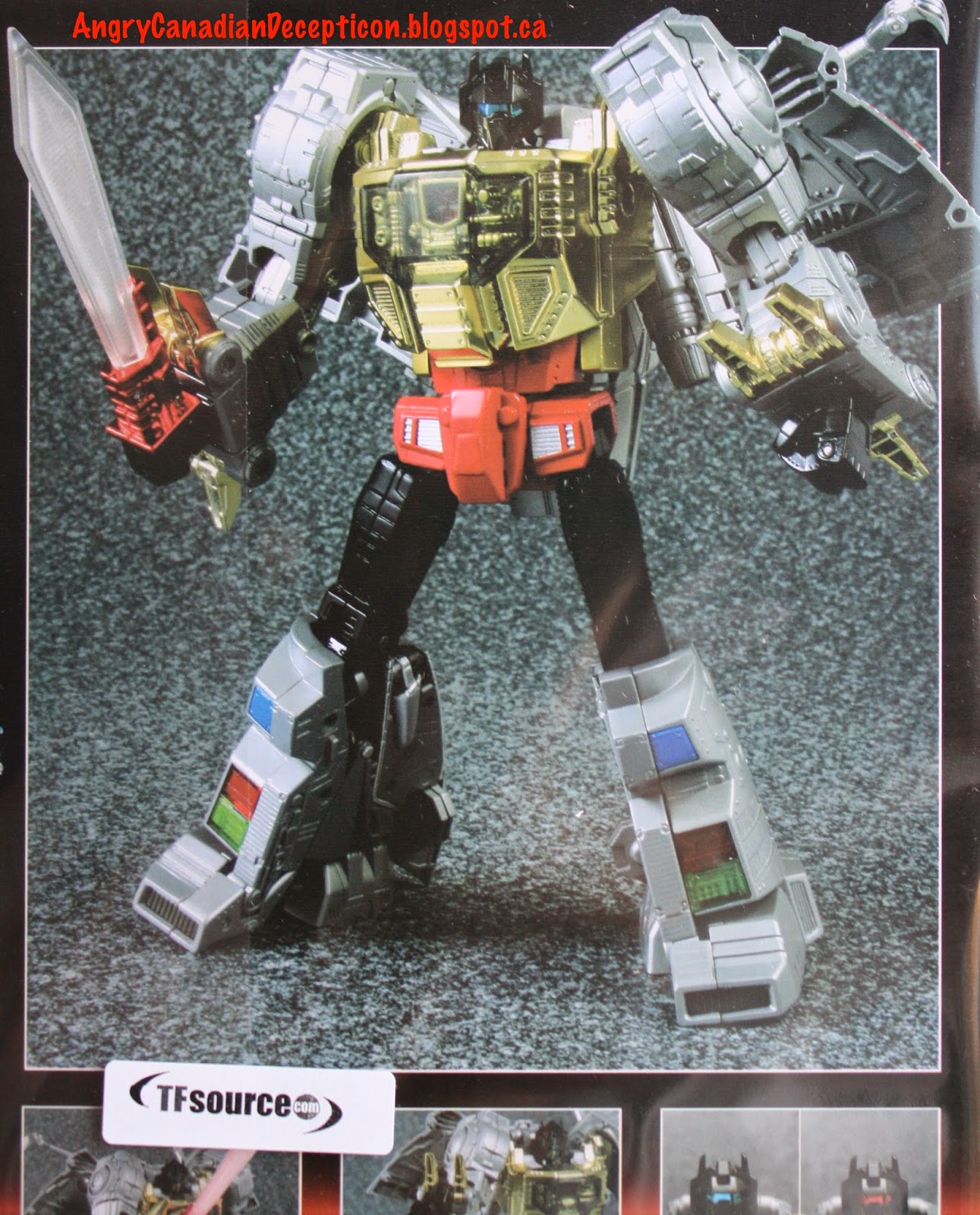 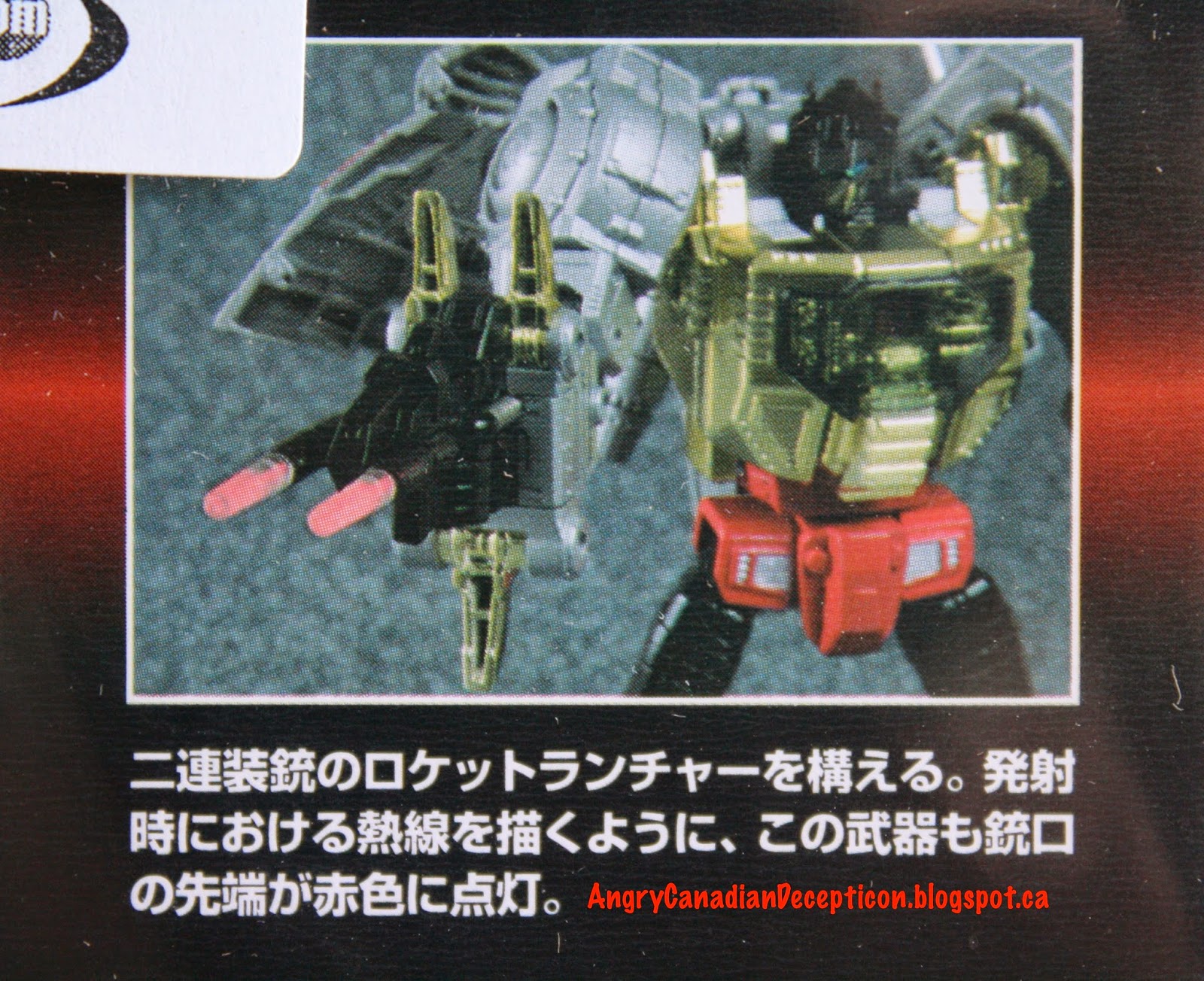 While the robot mode's left hand has fully articulated fingers, only the wrist and the thumb of the right hand are articulated. This is due to a lighting gimmick in the right hand which illuminates the blade of the sword or the barrel of the gun when placed in this hand and activated by a switch on the toy's right shoulder. 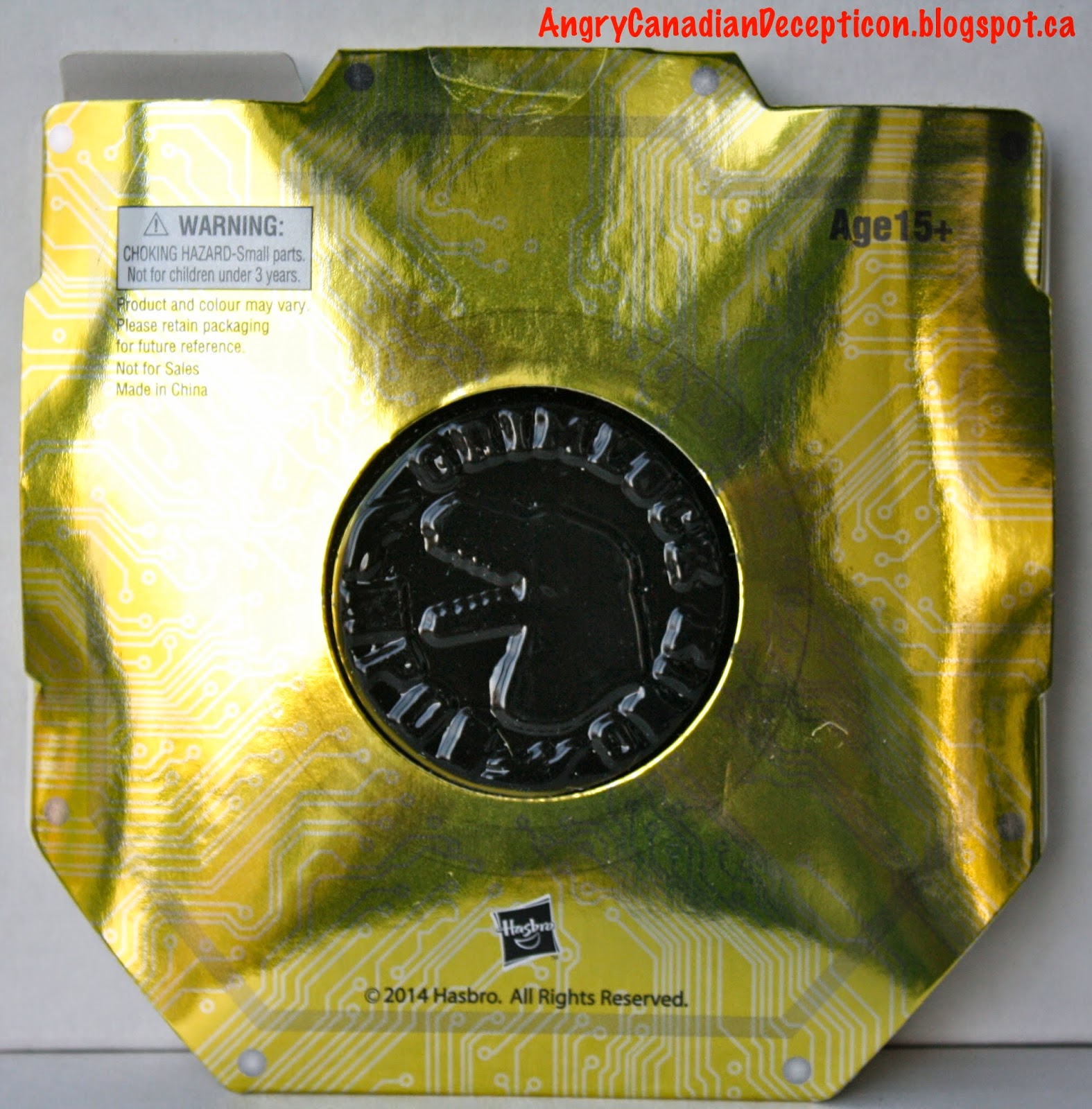 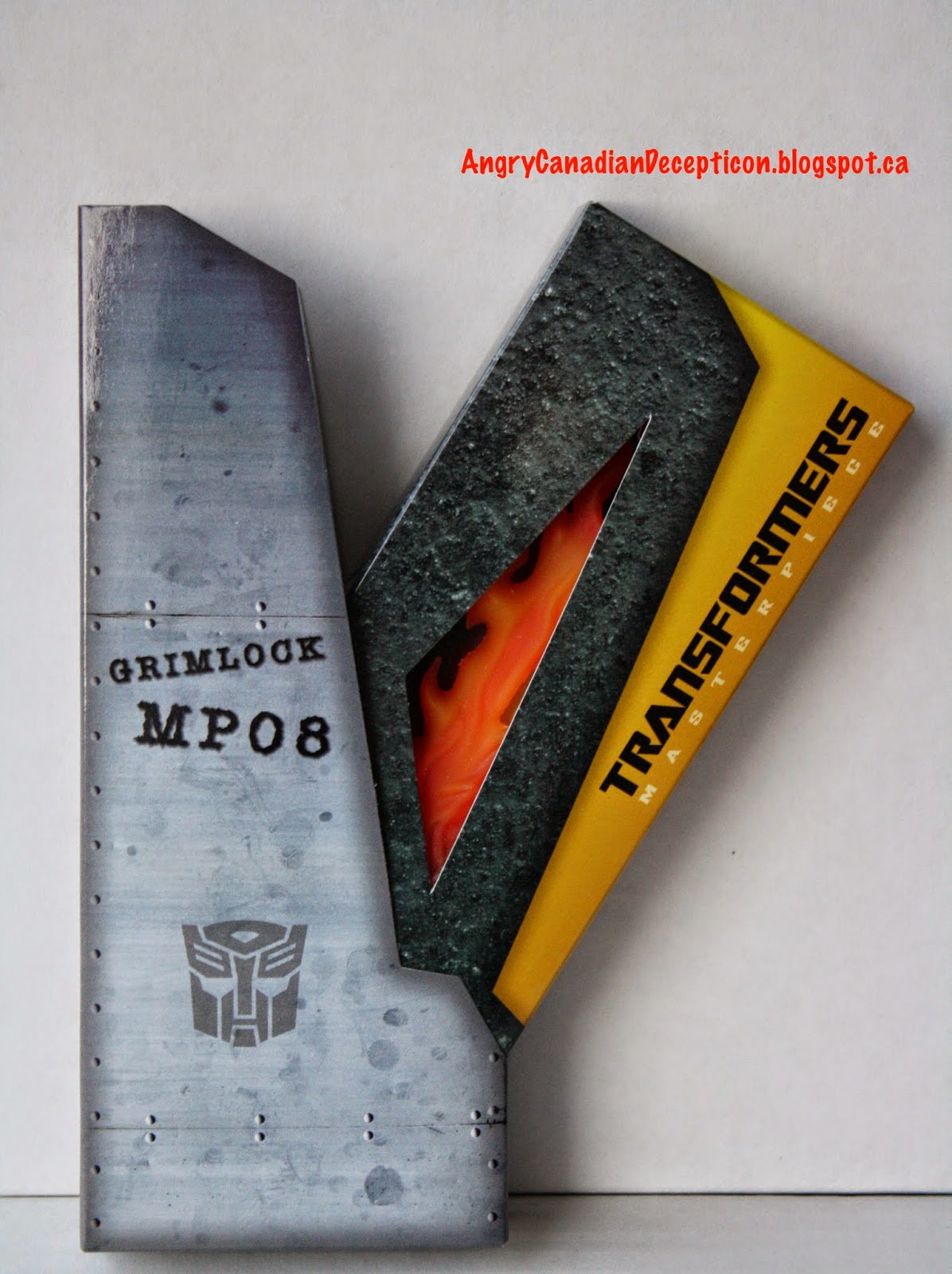 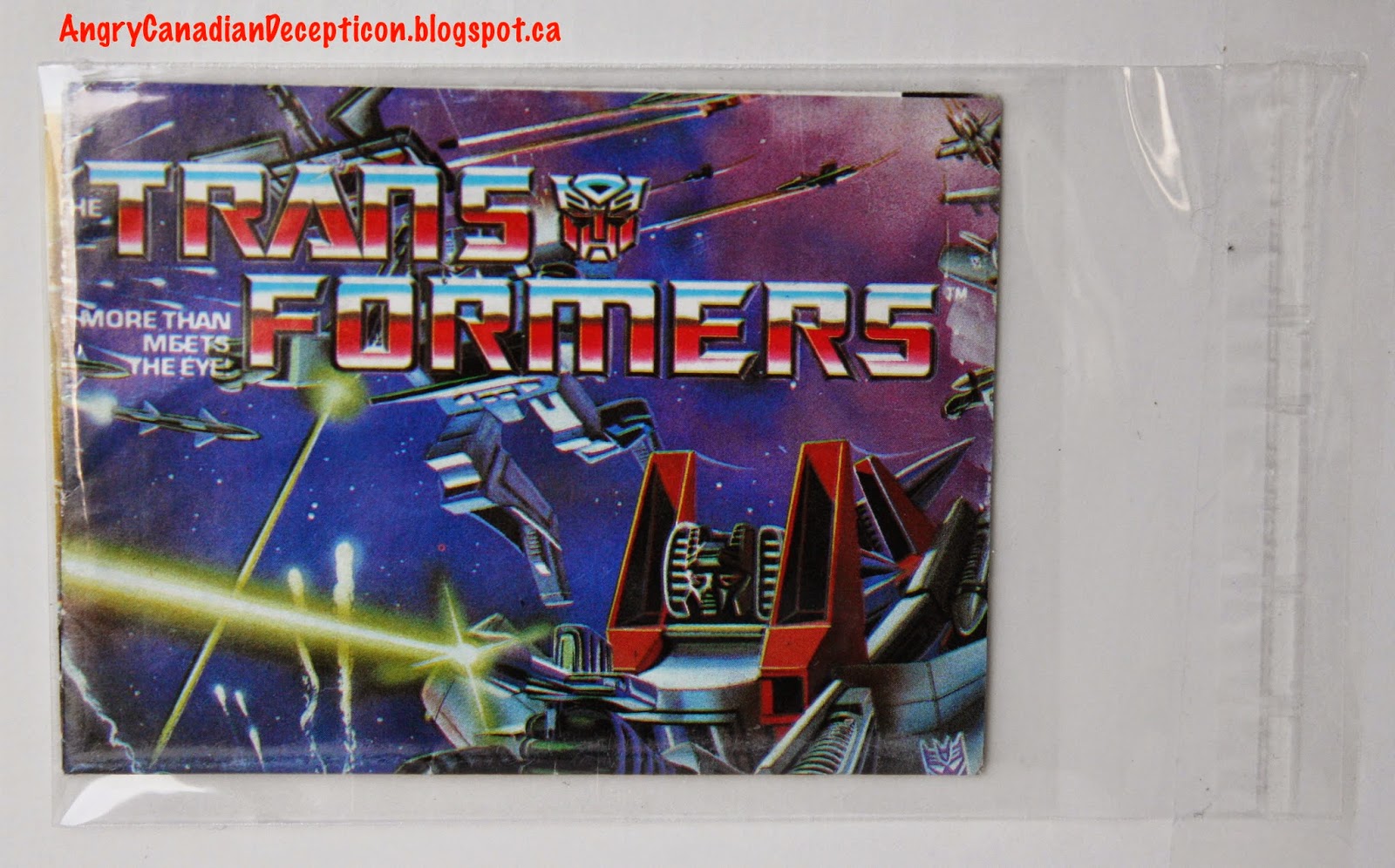 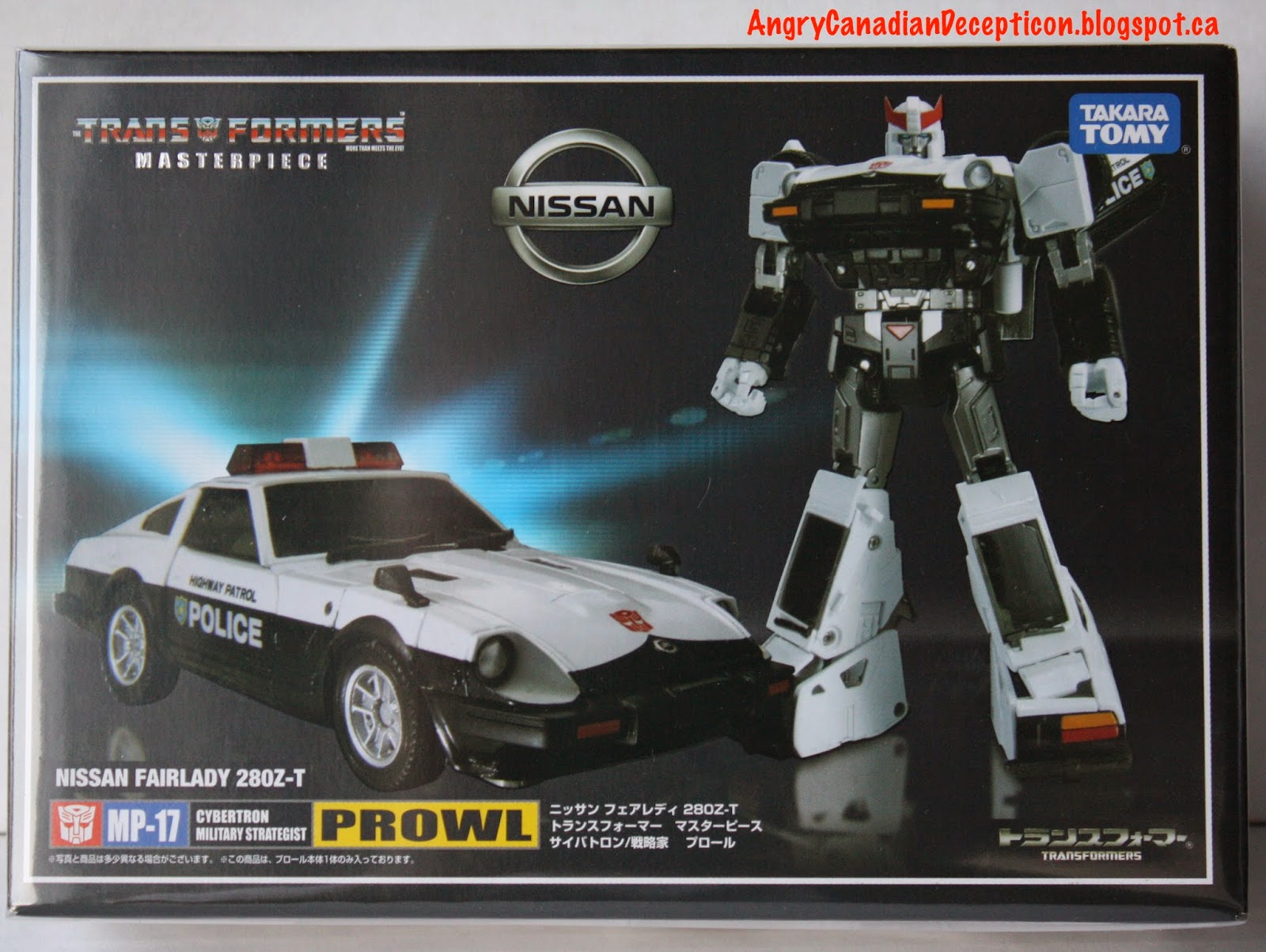 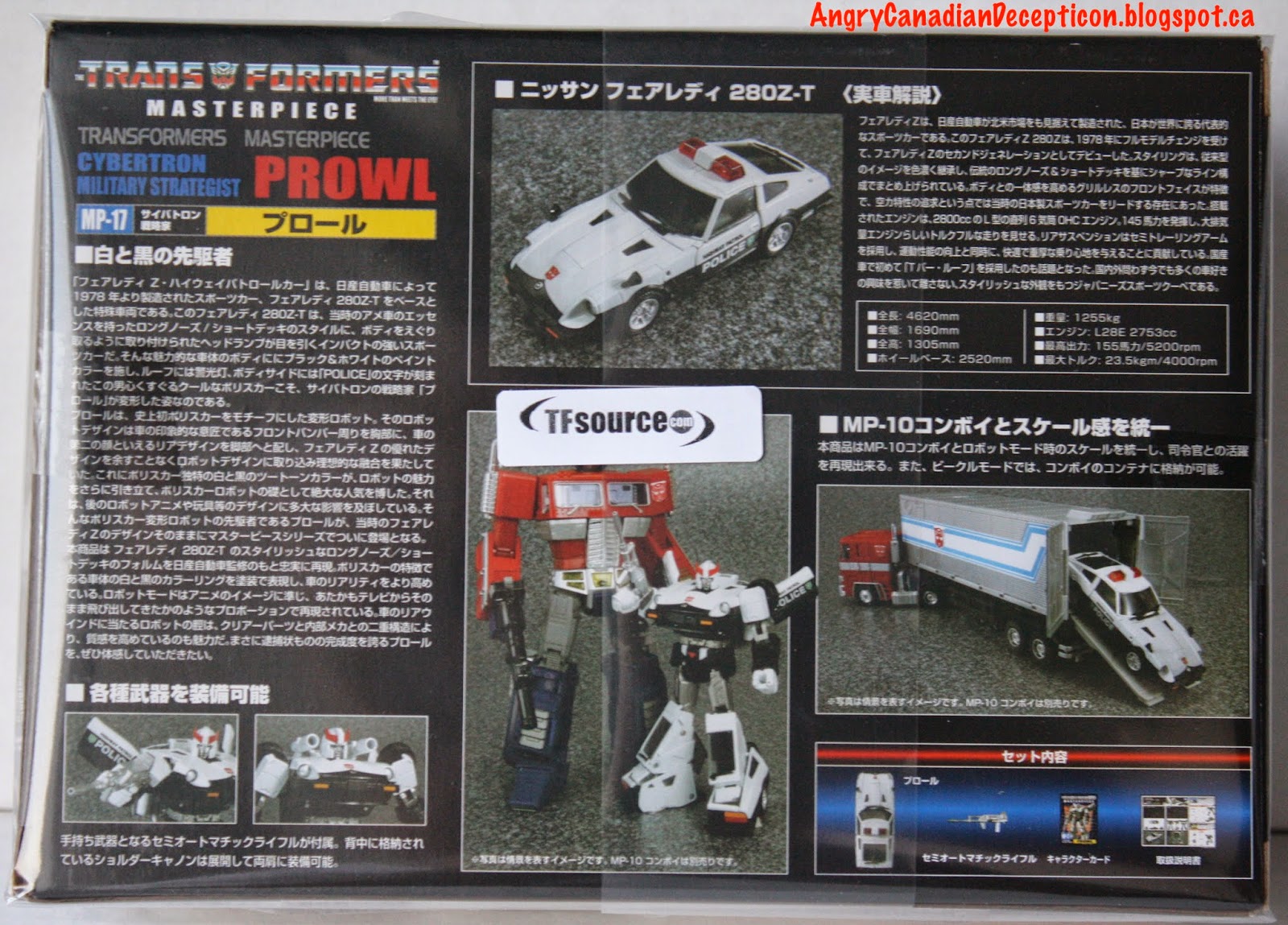 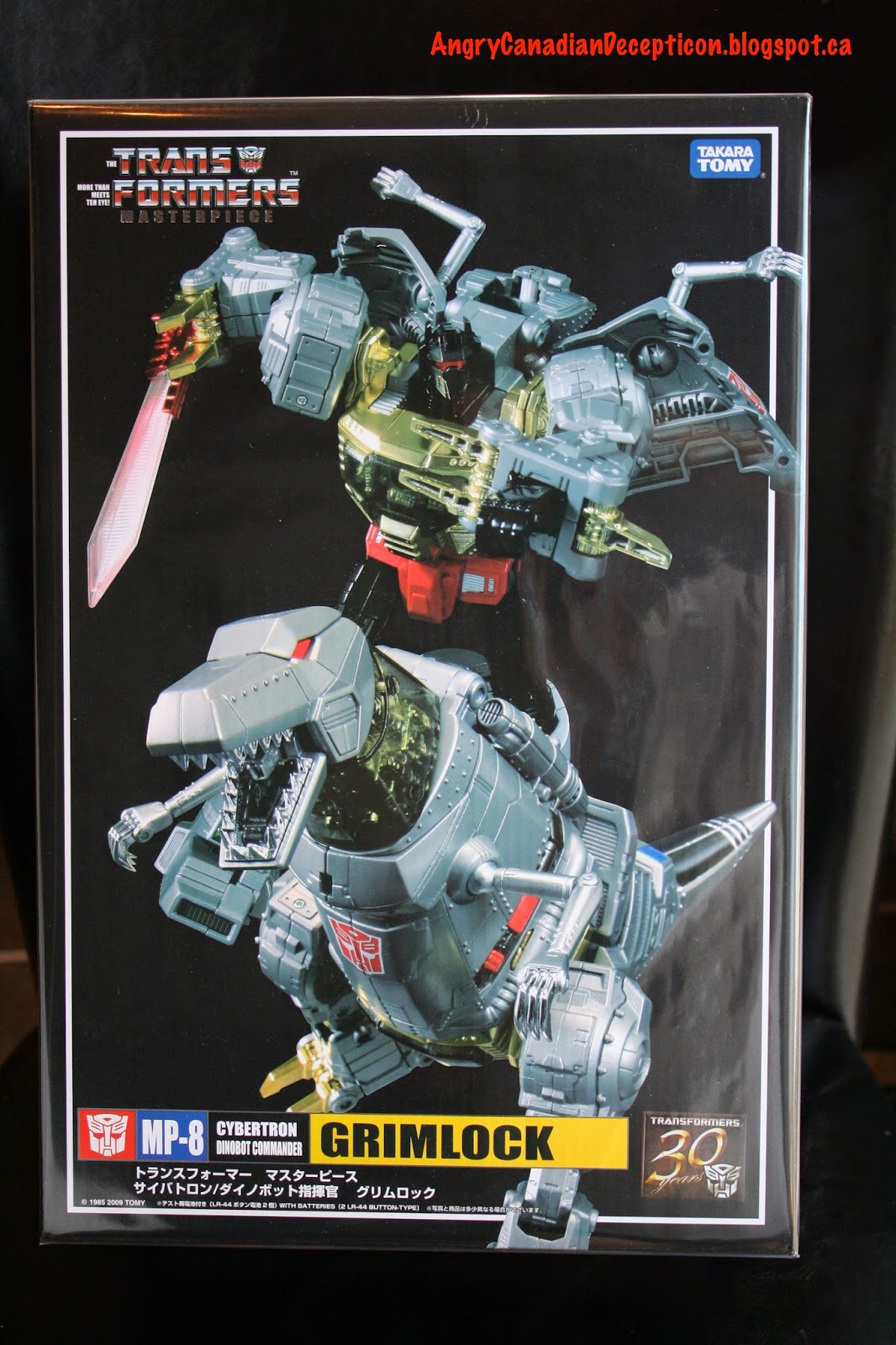 Of course, shortly after I had purchased the MP-8 Grimlock they announce they are coming out with the cartoon accurate version (below).  A little frustrating? Most definitely.  But I think the bigger question is, unless you are a completionist, is it worthwhile now to jump the gun and buy the first production run of any new Masterpiece figures that come out  now?  Especially with fans now demanding to have the option of 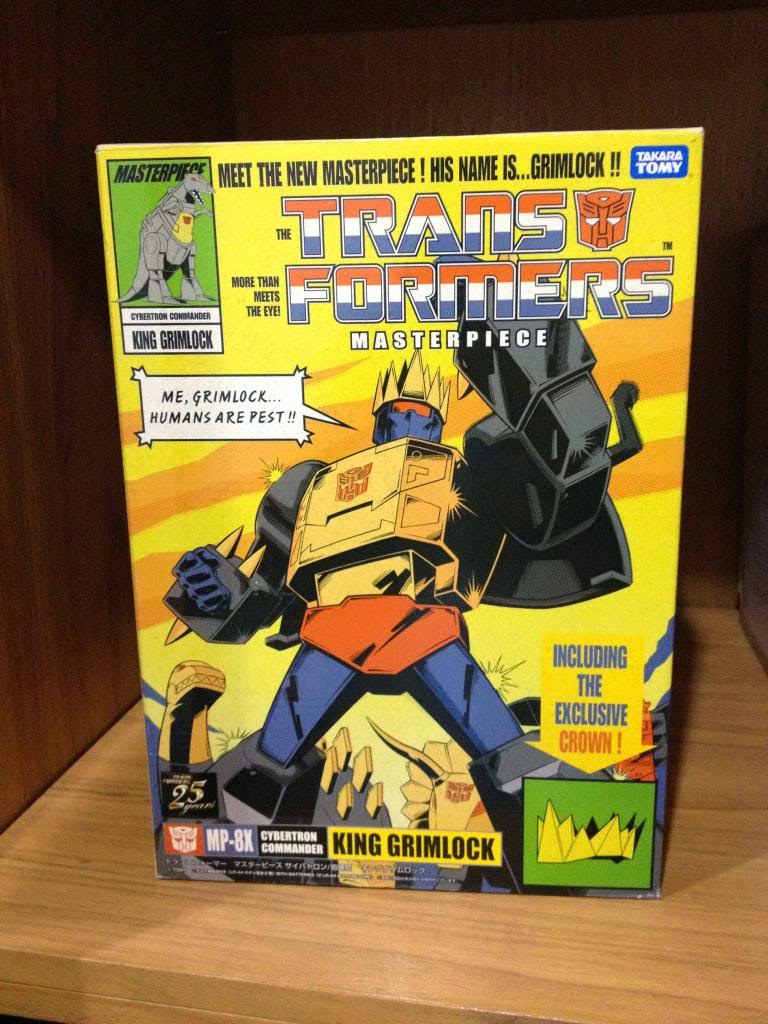 having every single portrayed version of the character (comic, TV, movie etc.)  If I had know I may have waited for this latest Grimlock, though the high price may have played a factor, I really have to ask myself, "How many different colored moulds of the same character do I really need?"  In the end, mainly due to having two MP Grimlocks already, I'm going to pass on this guy.

Overall, I was happy to get this delivery from TF Source; though I still have plenty with them on preorder still waiting to come in; MP Wheeljack, Bumblebee, Ultra Magnus, G2 Sideswipe, Soundblaster and Red Alert.

......Let's just hope they don't come out with some new colour variant of these guys or I'm going to be upset......my money would be on a Masterpiece Shining Ultra Magnus.

Posted by acdecepticon at 11:20 PM