So look what came in the mail.......okay, so maybe it wasn't that recently.  Hell, it didn't even happen in the last two decades, but come in the mail it did nonetheless. 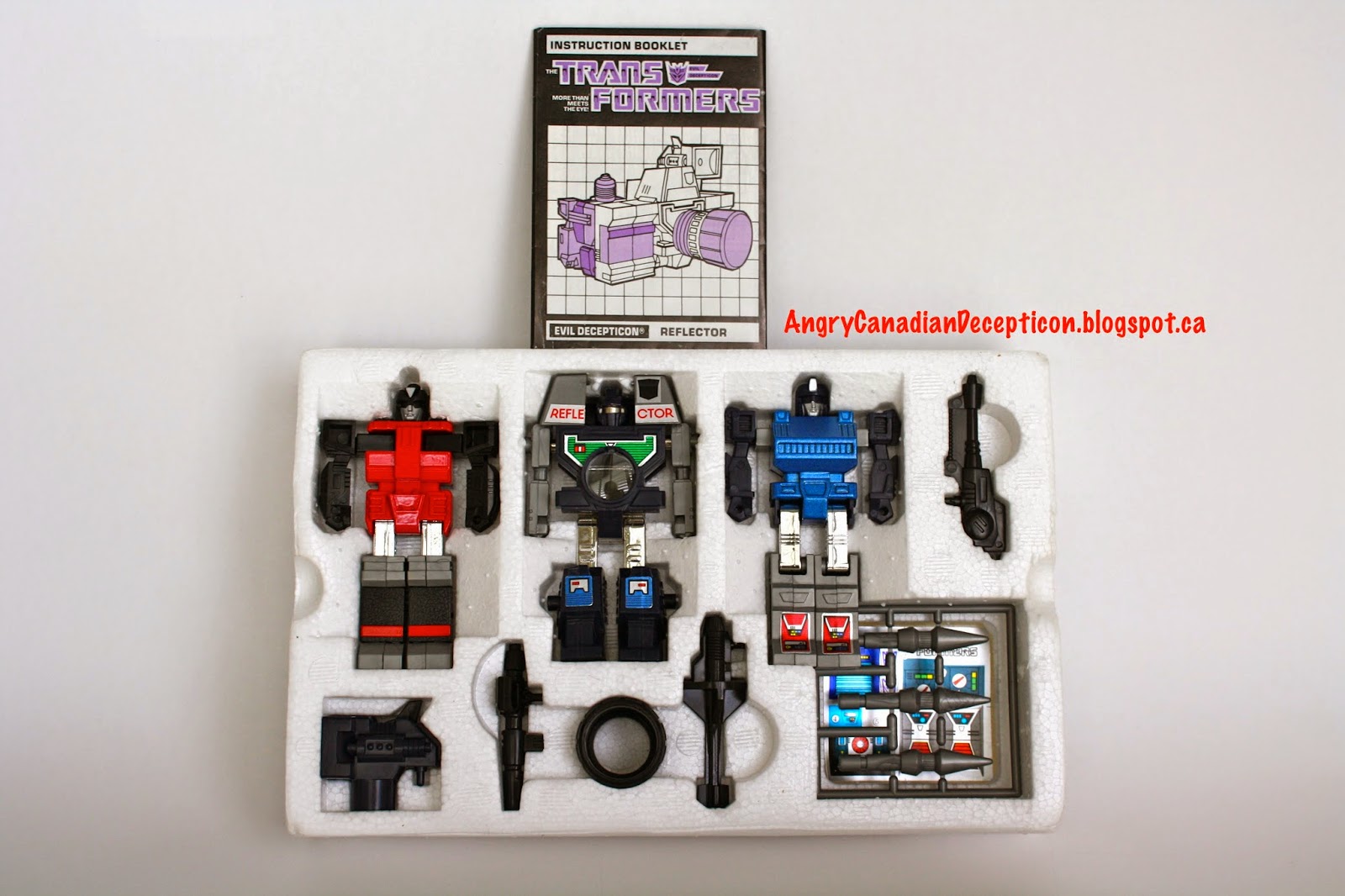 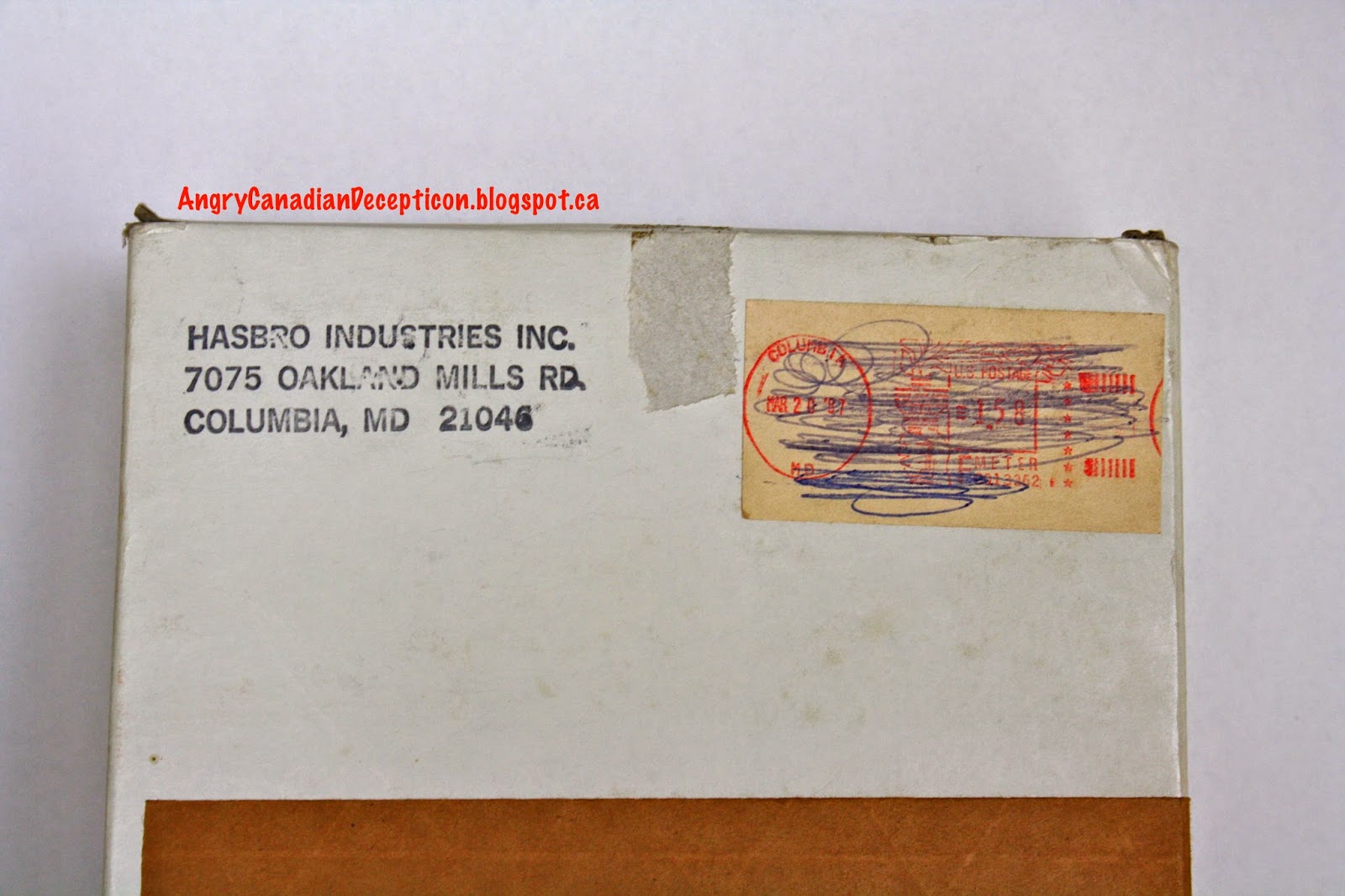 Reflector was first sold in Japan in 1985 as an ordinary retail item. However, Hasbro delayed selling him in the US until 1986, and only then via mail-order from a direct-mail flyer promoting The Transformers: The Movie. 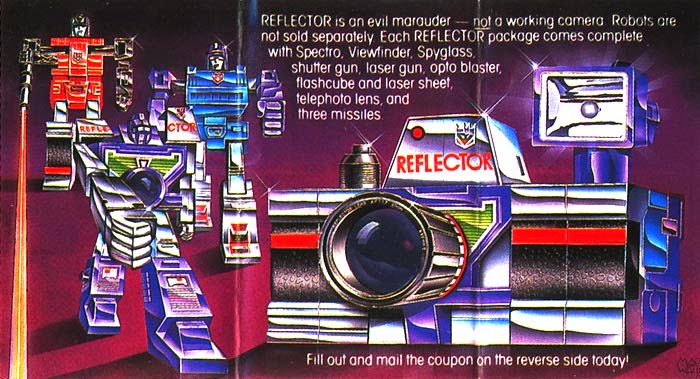 (Oddly, this came just as the character was being fully phased out of the fiction.) The toy would be a common offering in pack-in flyers from then on, at a cost of $10 and two Robot Points.


Reflector loves to observe things : vegetation, architecture, Earthen topography, and particularly comrades’ mistakes.  Likes to blackmail his associates and is impressed with his own ability.  Has highly developed infra-red vision that can record images in darkness, through camouflage and at great distances.  In camera mode can emit powerful flash explosion that leaves enemies blind and disoriented for up to 15 seconds.

Spectro as the right-side component with the shutter button.  In certain variations, Spectro was available with a hollow rifle and a solid rifle.

Viewfinder as the central component with the lens.


Spyglass as the left-side component with the flash. 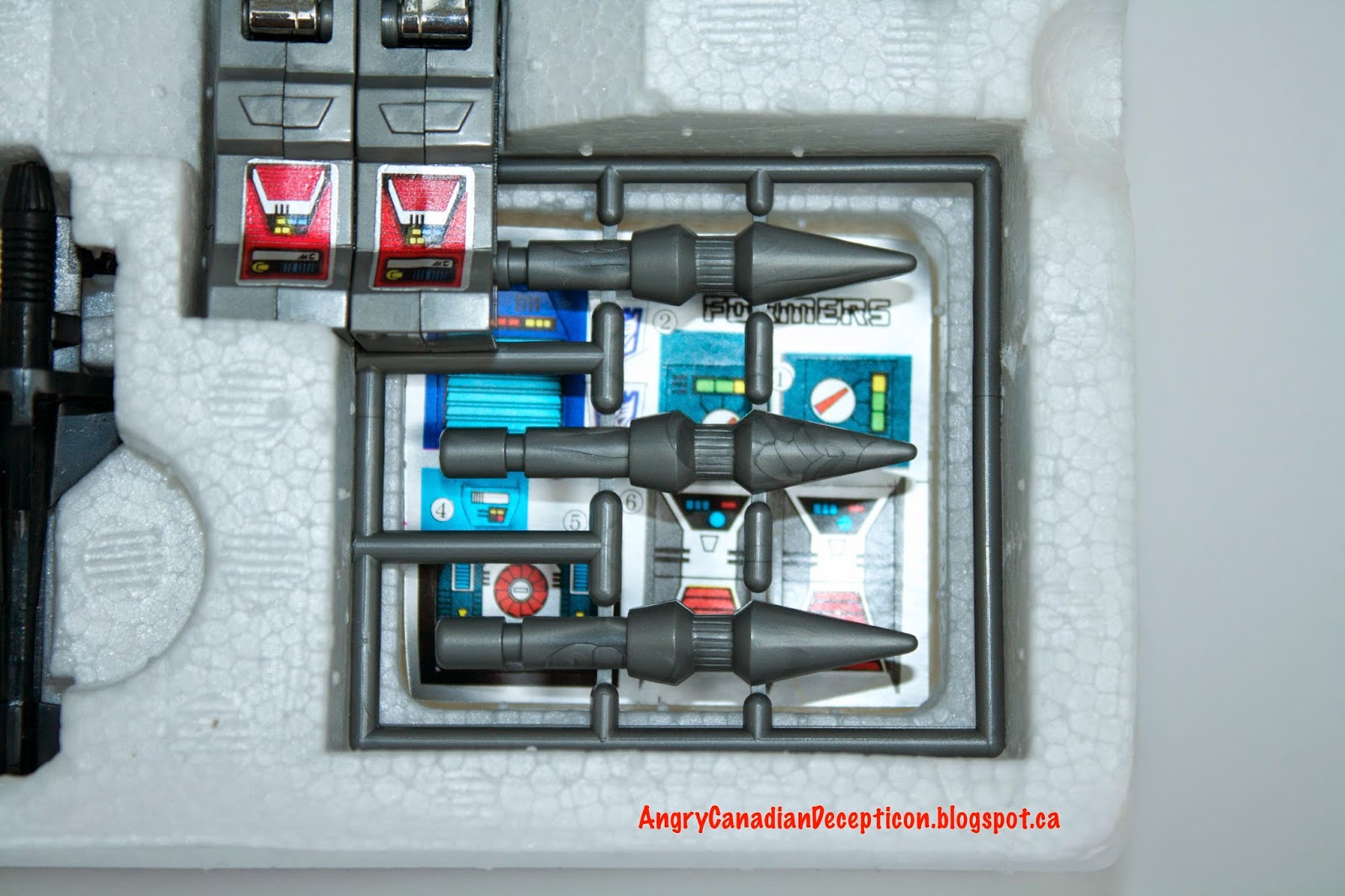 By today's standards, his camera-alt mode is certainly still more inconspicous as compared to, shall we say Soundwave's tape player and holds up quite nicely with the modern DSLRs we use.  By all accounts, we can all agree it's certainly becoming increasingly difficult to find clean pieces like this and to probably pay less than $20 back in '86/'87 ($6.50 + 2 points from a figure) seems like a long-forgotten dream now.

A mail item like this would most definitely outweigh the bills being delivered alongside it.

Much appreciation to "M" for his figures!

Posted by acdecepticon at 12:40 AM