Nothing much special here......nope.  Certainly nothing to look at....unless you call a Canadian G1 Ultra Magnus (MISB) nothing worth looking at. 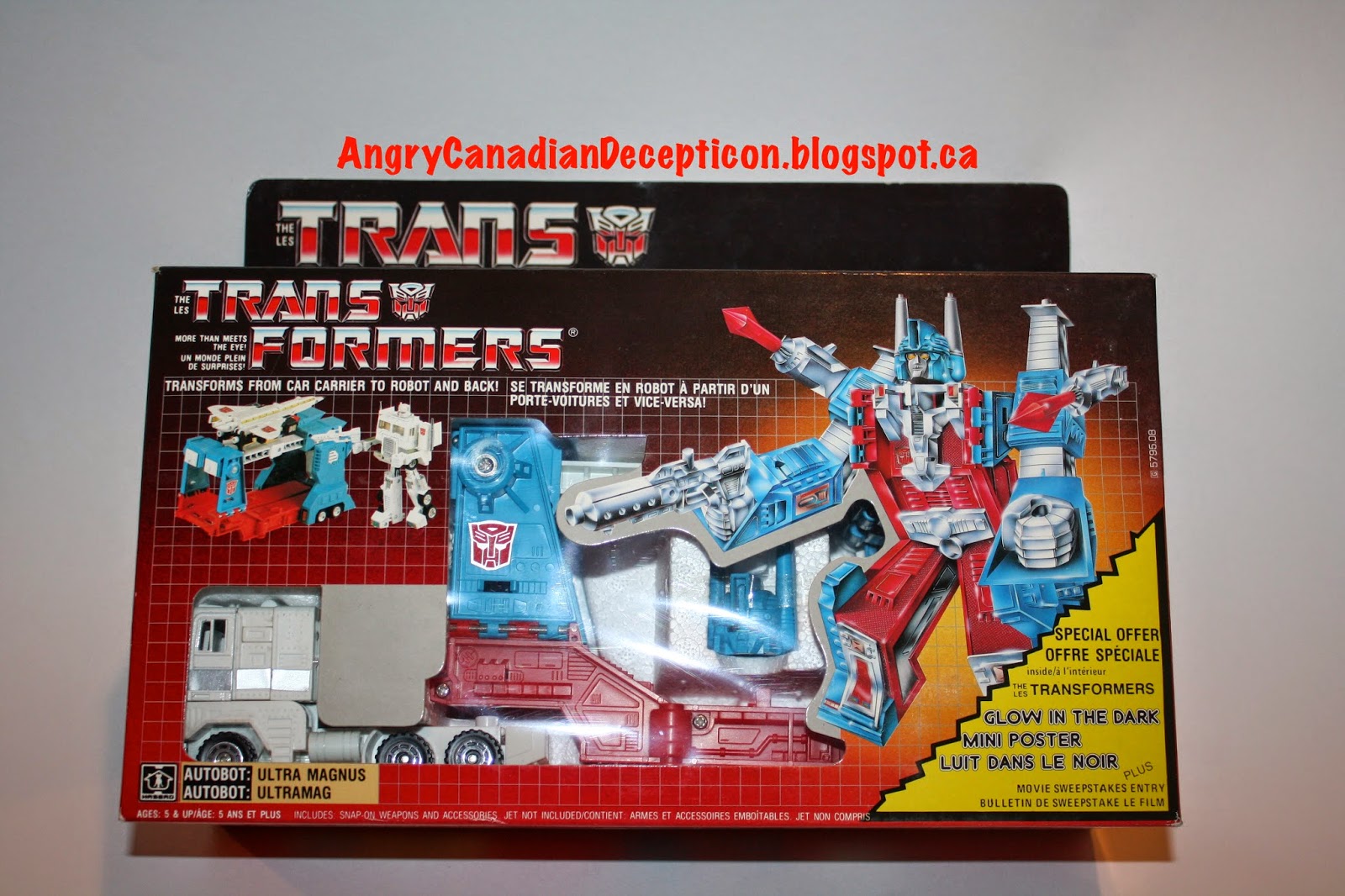 I thought that this would be a great little piece to showcase at this particular moment in time due to the recent release of MP-22 Ultra Magnus.

Ultra Magnus is a redeco of the Diaclone "Powered Convoy" figure.

Itself a redeco and slight retool of "Battle Convoy", the toy that became the original Optimus Prime figure, sporting a new trailer.

One of the last few Diaclone toys to be released in the Transformers toyline, Magnus was recolored from the original toy's dark blue, red and black color scheme into a more patriotic red, white and blue. 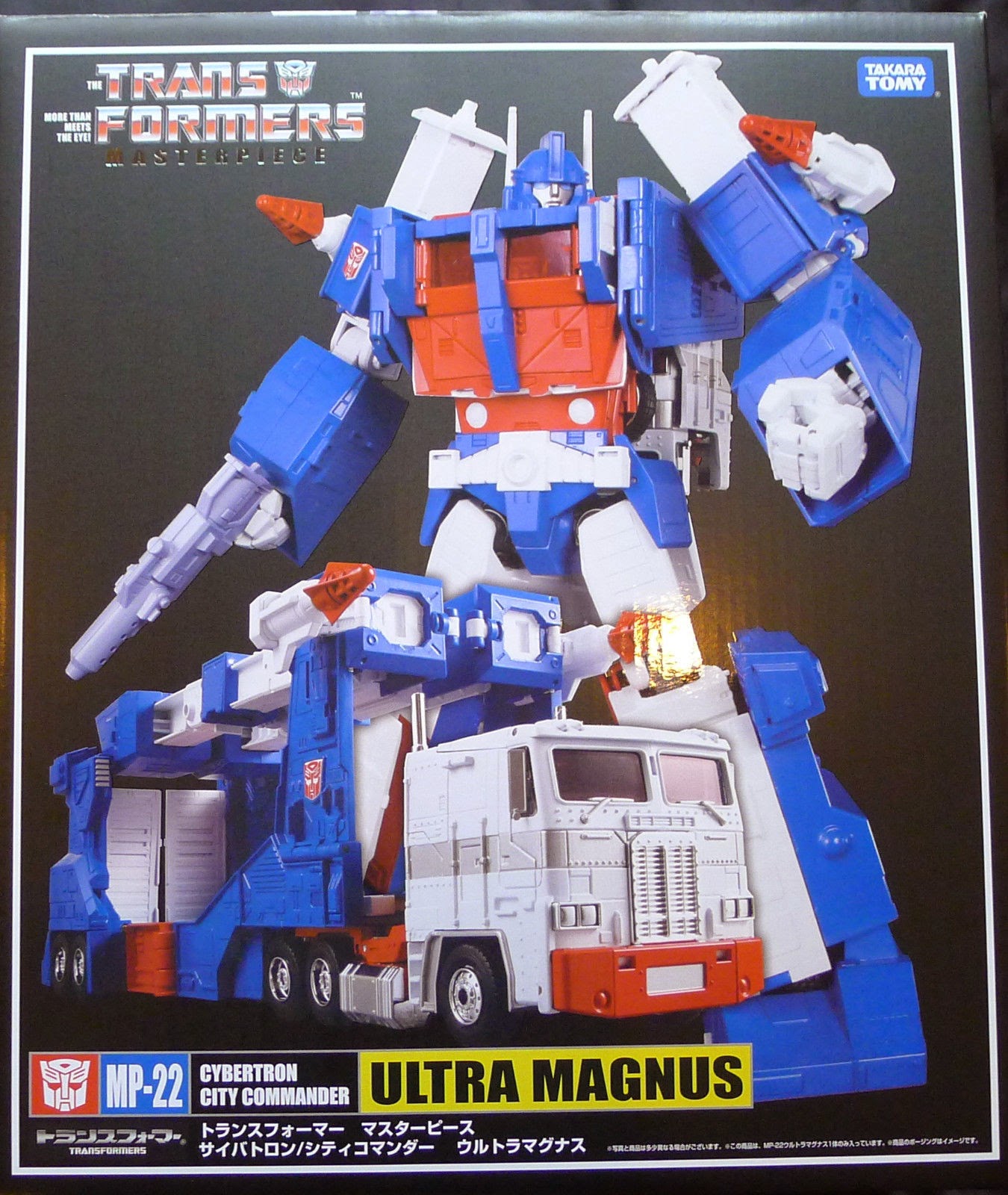 I found it nice how they still kept the MP boxart similar to the original. 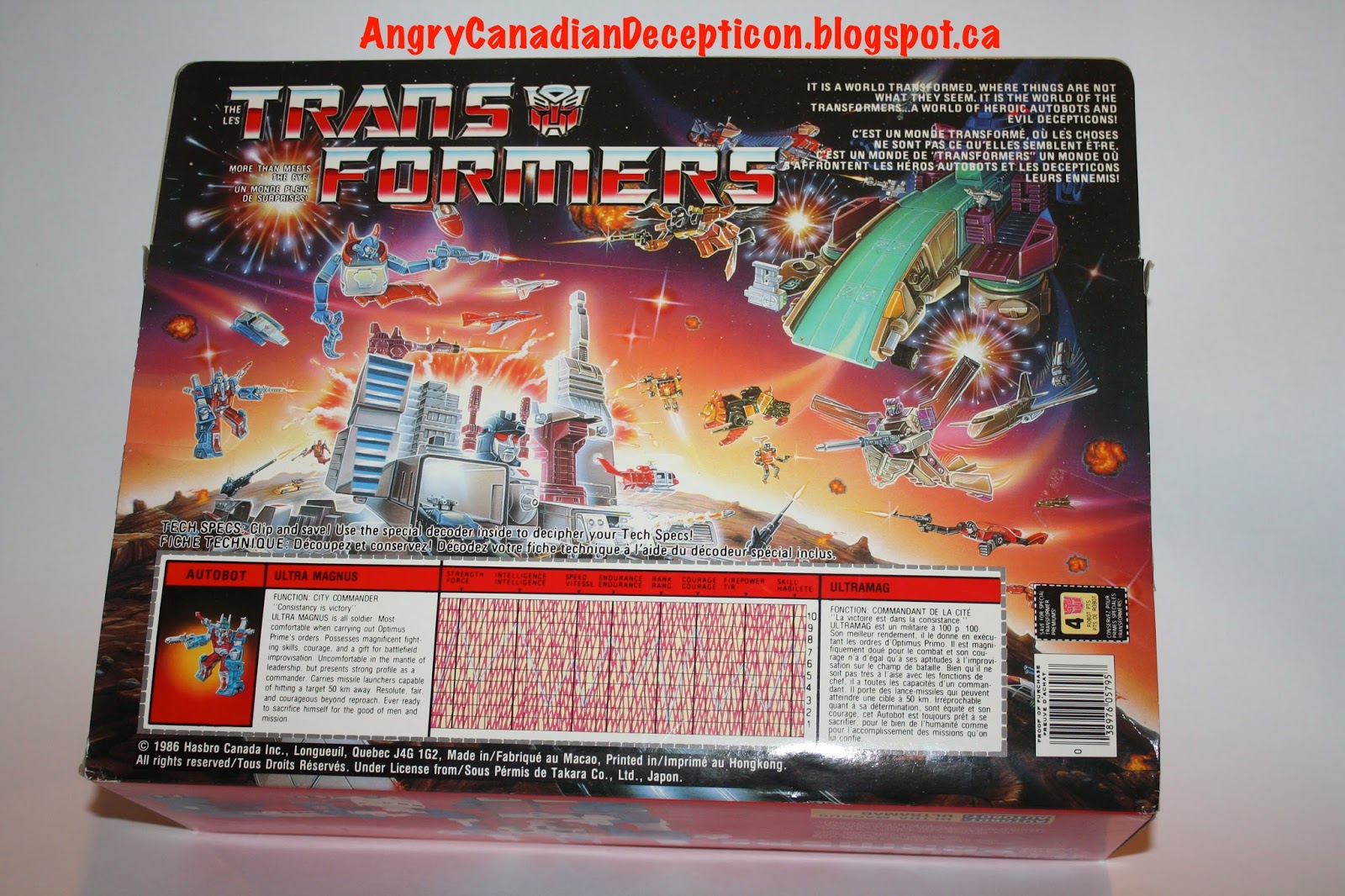 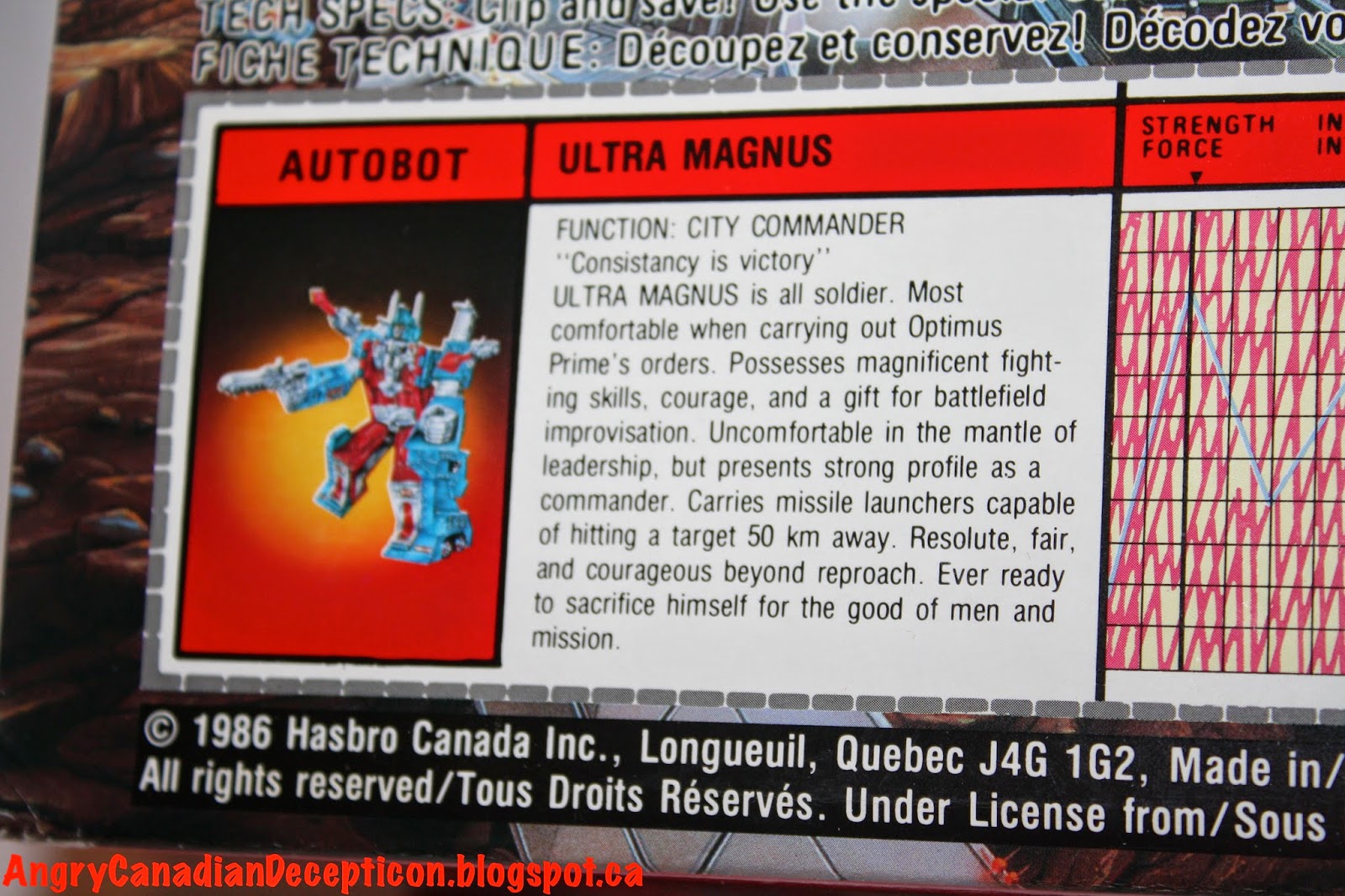 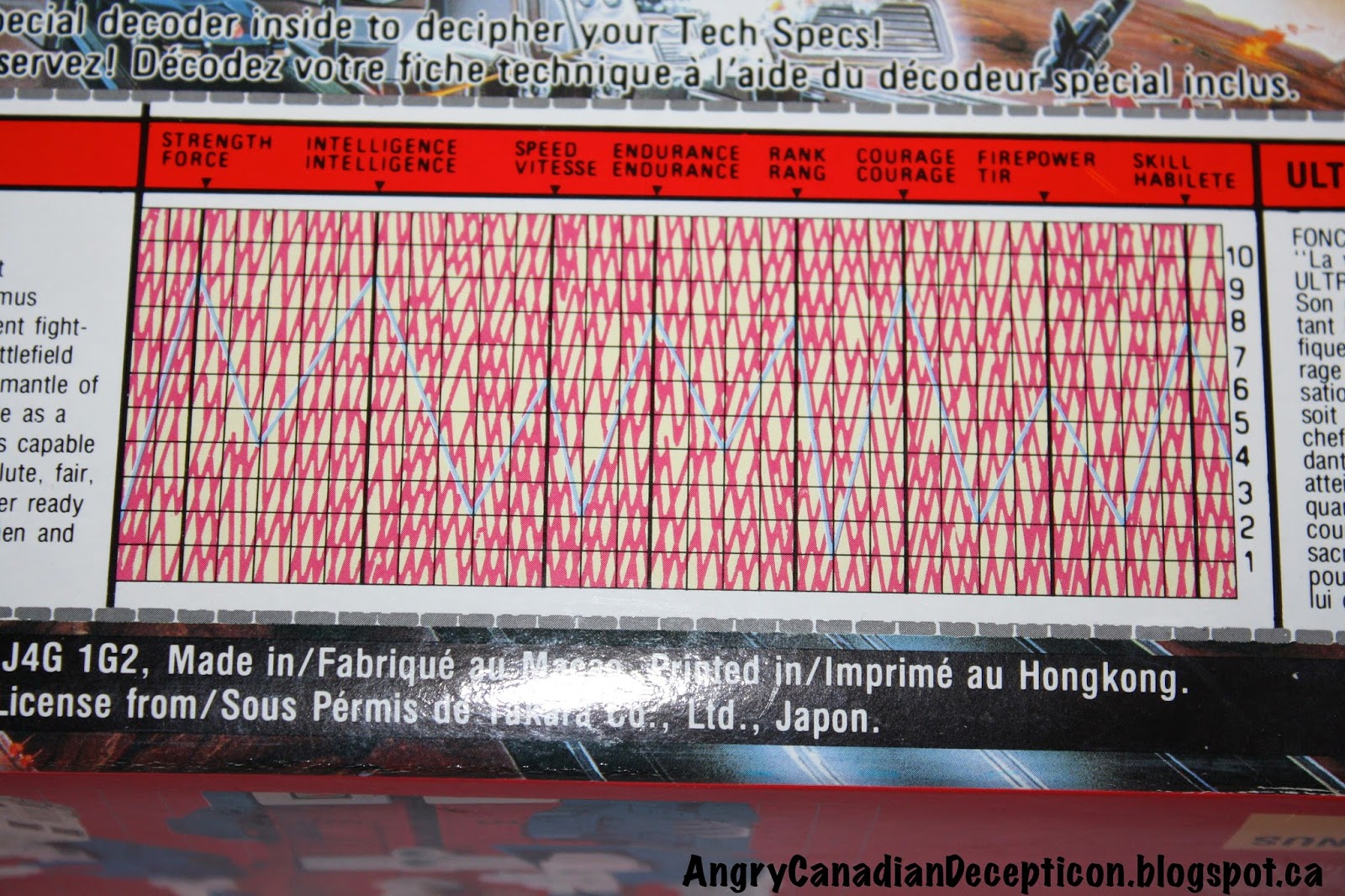 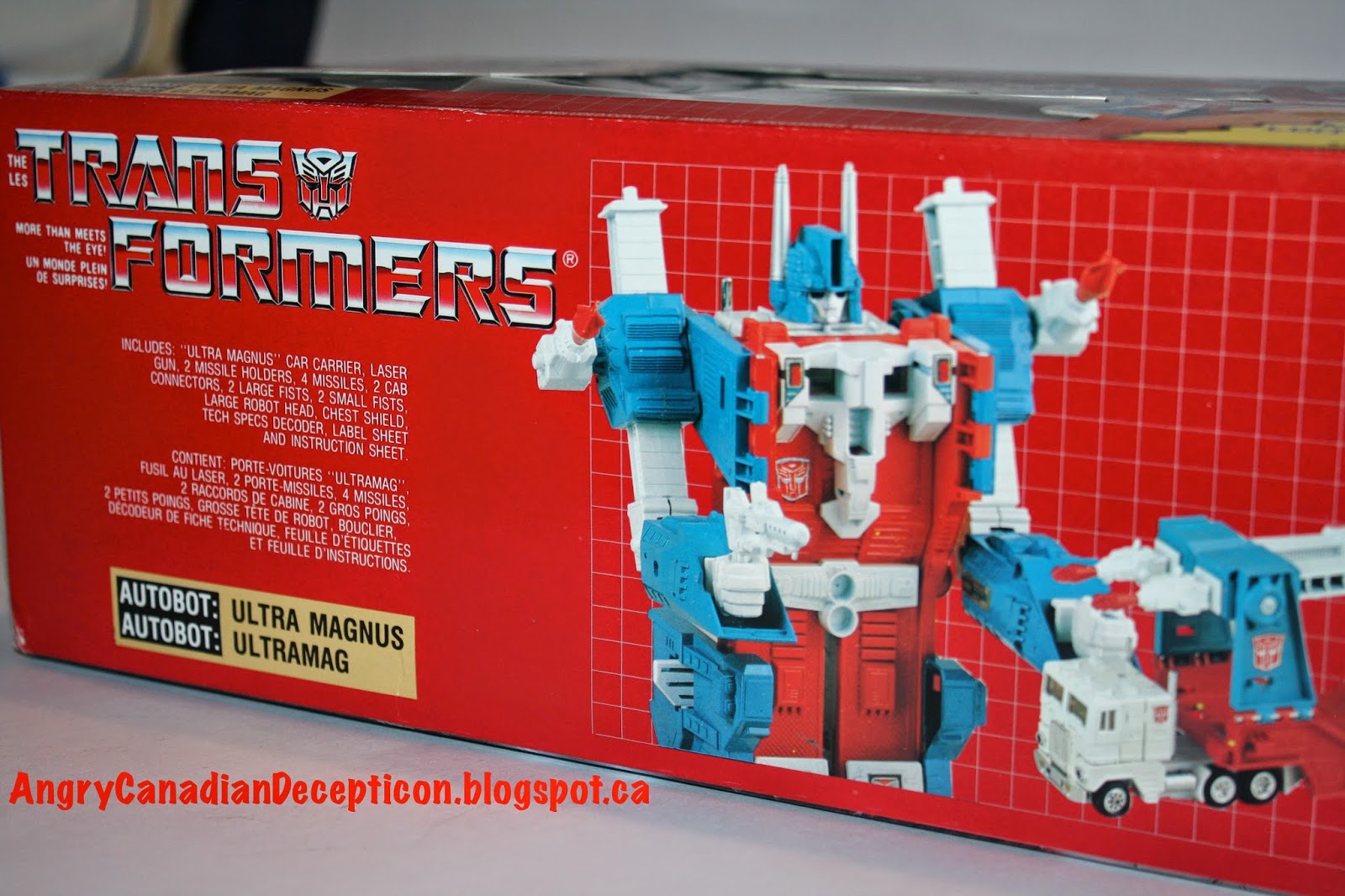 Ultra Magnus is unfortunately (or fortunately, depending if you're the type of collector that goes for variants) one of those characters that has gone through a variety of alterations. 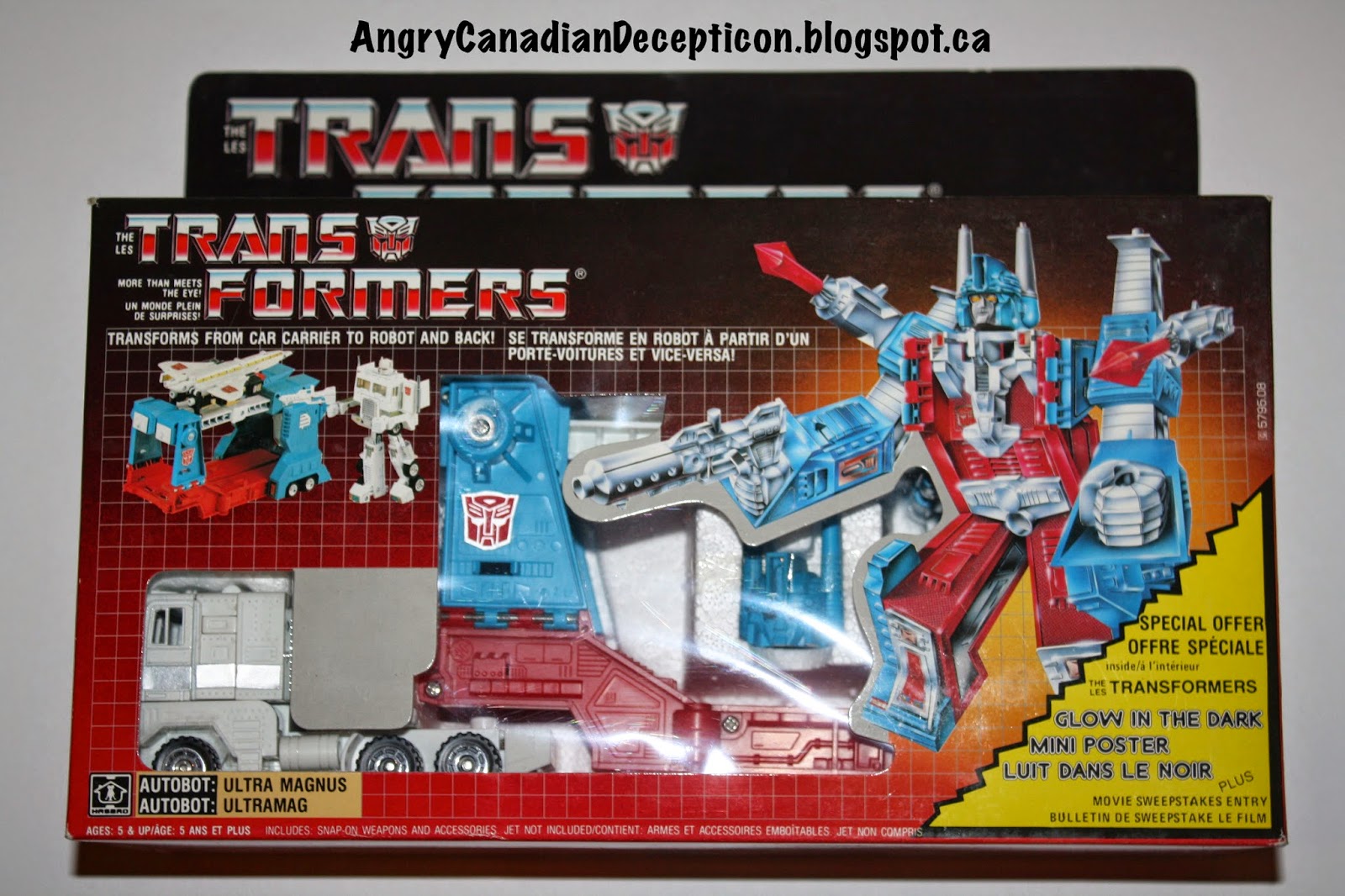 Variation 2: Everything included in Variation 3, but it has a windshield, and the small cab's head has paint on it. In addition, the faceplate on the large head was painted.

Variation 4: 2002 TRU Reissue...rubber-wheeled, fully-painted and chromed, has windshield...shorter smokestacks, longer missles(compared to any other release) and has several remolded/reinforced areas on the cab and trailer. 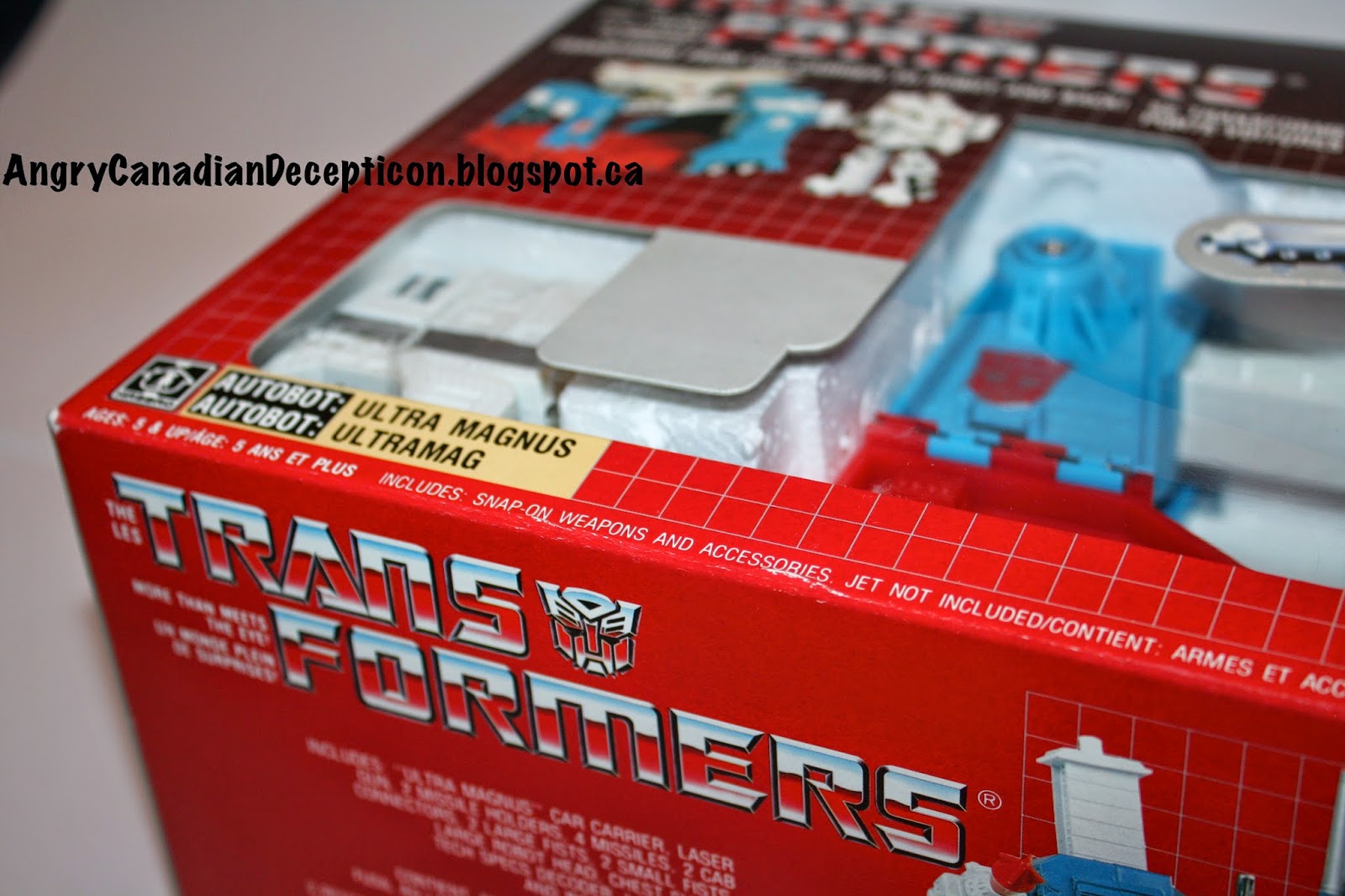 Needless to say, there are even more variations than the ones listed above.  In my book, the original rubber tire version is the one to have, but to still find yourself one in this type of condition would still leave you with a smile on your face.

Posted by acdecepticon at 7:11 PM