Here are two figures that I picked up at this years 80's Toy Expo. (Actually, I started this post months ago but dammit if life doesn't keep getting in the way!)  I know that a lot of people out there, (mostly those that collect Transformers), are not really into the GoBots line for a variety of reasons but I'm sorry, because for me, size for size, and also in terms of detail and playability, MOST of these little guys more than compare or surpass those of their Transformer Minibot counterparts. 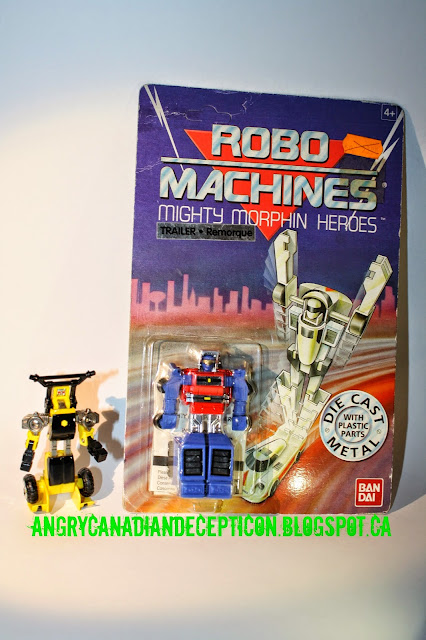 I've been trying to figure out what currency the sticker price tag is in.  It says 53.00 but that seems really expensive for either North American or UK (which is where this item originated from).

The Rundown:  On planet Robotron, a humanoid scientist Stron-Domez creates himself two robots, Cy-Kill and Tank, to assassinate Robotron's president. After failing, he flees to Earth but Robotron's security leader follows him and creates: Leader-1, Hans-Cuff and Dozer. 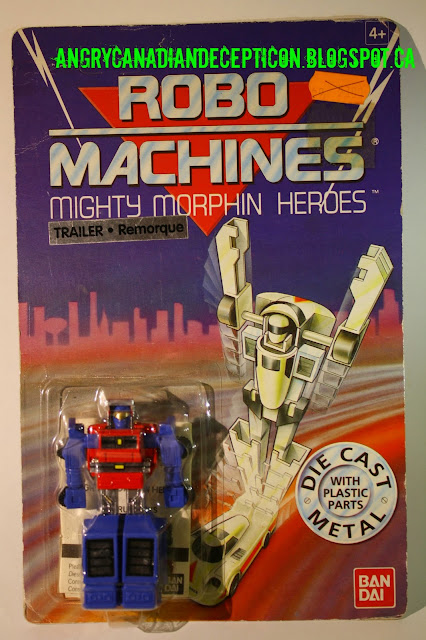 This is one of the figures that almost everyone had who collected this line. 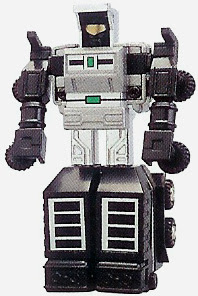 Soon afterwards the original came out in Europe (initially designated "Artic Lorry"), and then in America in the last wave of the first series of Gobots, now named Road Ranger.

The character appeared in the Eagle Robo Machines comic series, named as Truck.

In the comic, Truck had a sizeable role in closing down Stron-Domez' Birmingham factory, but was seemingly destroyed battling Casmodon. This was more than Road Ranger got in the TV series, where the character only made a few appearances.

Reissued in 1993 as Trailer for the European Robo Machines line.

Road Ranger was also selected as part of eHobby's "G1 Gobots" set in 2004 and was was represented by a black-and-orange recolour of Huffer.

The colours look good on a glance. Paint apps are minimum - no headlights, no coloured smokestacks or drums on the sides. The trailer connection is nice and takes advantage of the robot mode configuration to have the connecting screw very loose, without any risk of the trailer detaching, meaning the trailer is properly articulated, instead of just resting there. The trailer is nicely sized, too - most of the smaller Gobots can sit nicely on the trailer bed.


The transformation strongly resembles Dumper, with the head coming out of the grille, the arms coming from the sides of the cab and the back end forming the legs. Despite a few positive revisions (the head is mounted on a moving part which runs down the length of the cab, rather than a separate piece, and thus doesn't have a habit of slumping forwards as on Dumper), the overall look is pretty unimpressive. 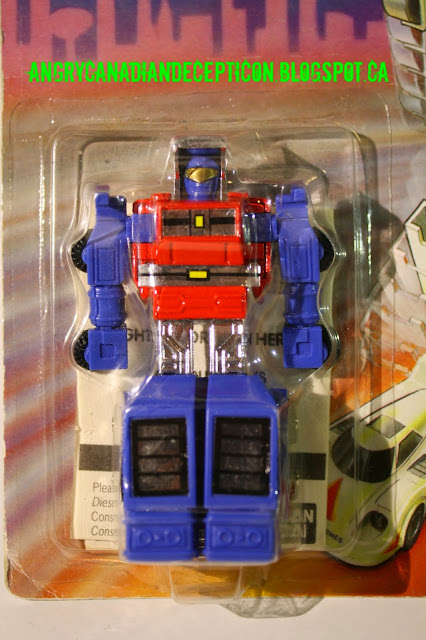 Road Ranger is probably the most common Gobot, and unless you're after a sealed one, can be found for less than he cost in 1985. 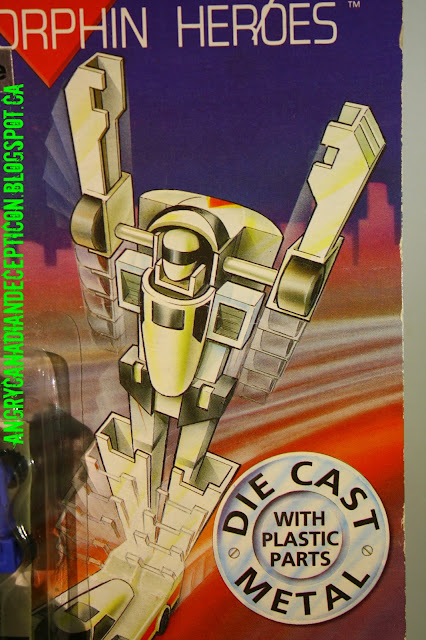 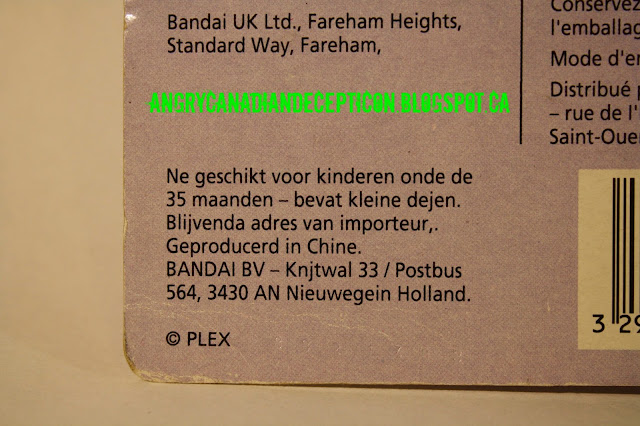 ​In 1991, Hasbro bought up Tonka, and the rights to the GoBots toyline. But before mind fills with dreams of reissues, they don't own the rights to the toys themselves, which had been licensed from Bandai. But Hasbro has used GoBot names on Transformers, first with the 1993 G2 "GoBots" figure, then with a whole line of "GoBots" in 1995. Takara later made E-hobby exclusive re-deco of mini-cons in Go-Bots colors, although they dropped the specific Go-Bot name 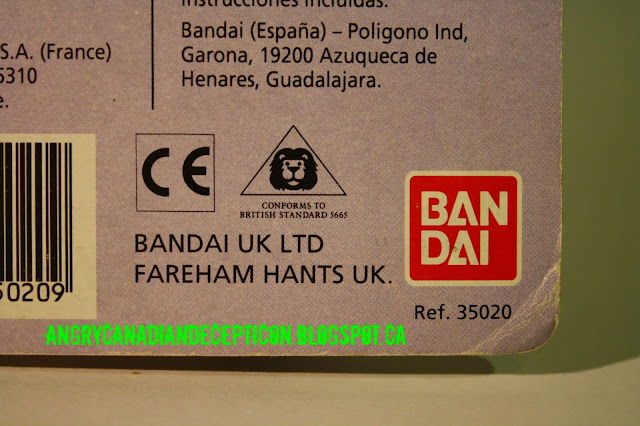 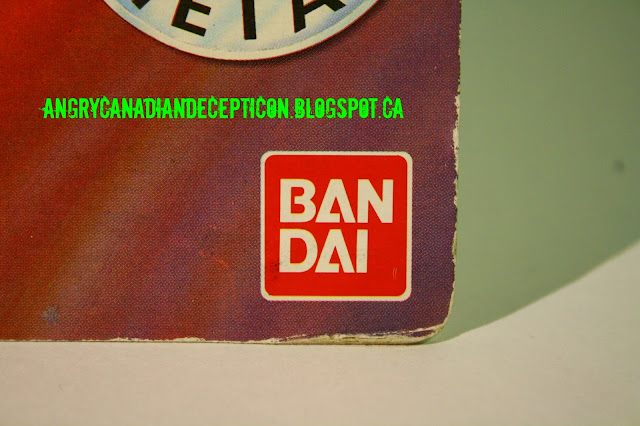 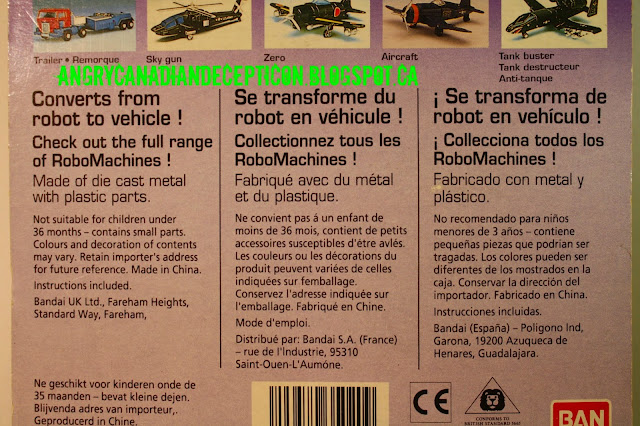 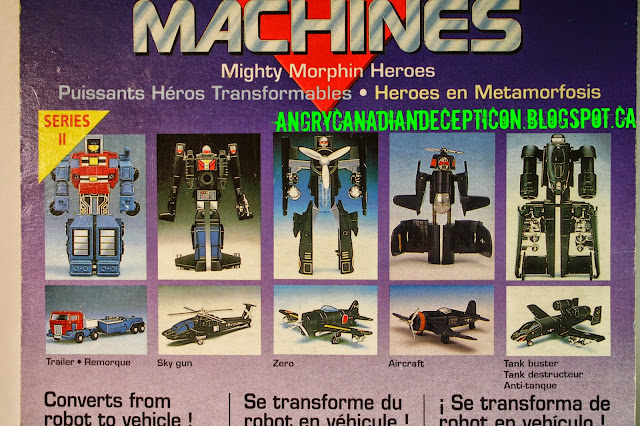 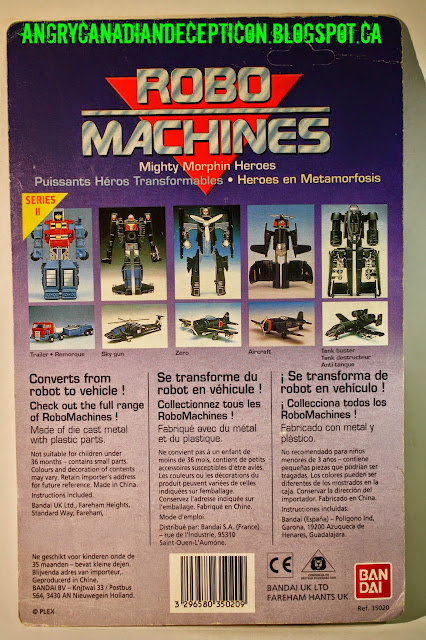 Here's the other little guy I picked up from the same dealer; Mr. Moto. 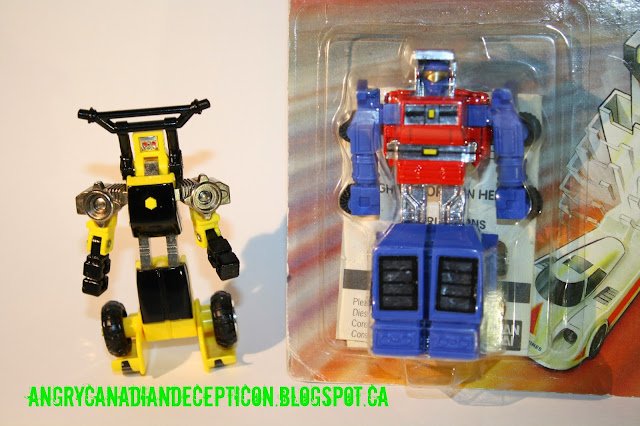 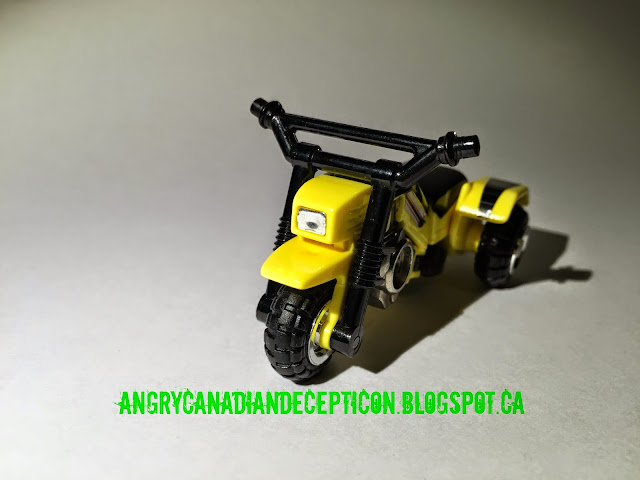 I will admit the his alt-mode mode is very well done. 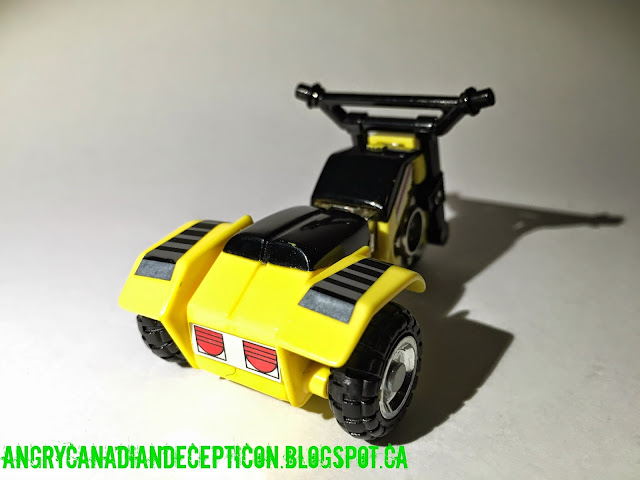 His robot mode on the other hand leaves a lot to be desired. 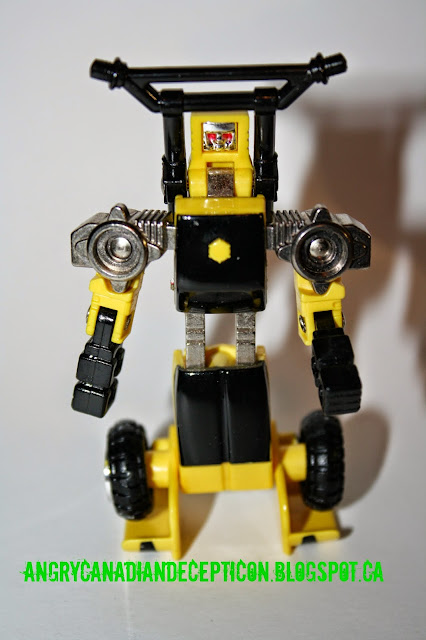 Mr. Moto also appeared on the cover of the final issue of the Gobot's Magazine....sadly there were only five issues with the final one informing readers that the magazine was being cancelled. 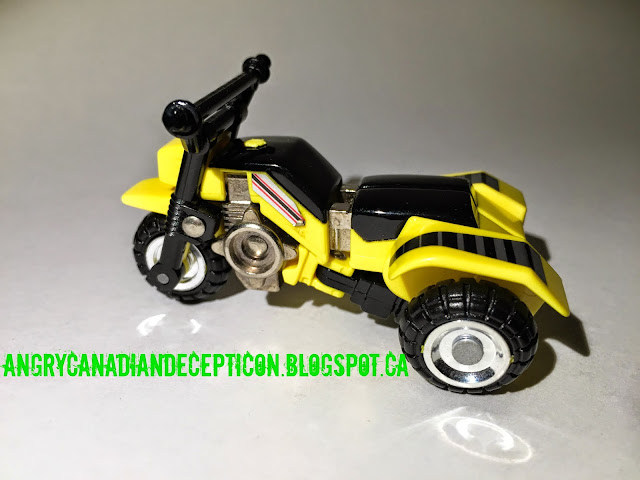 The engine is diecast with chrome on the wheels.  The only real shame is the tires are plastic.  Aside from seeing where the elbows bend, everything is nicely tucked away on this figure. 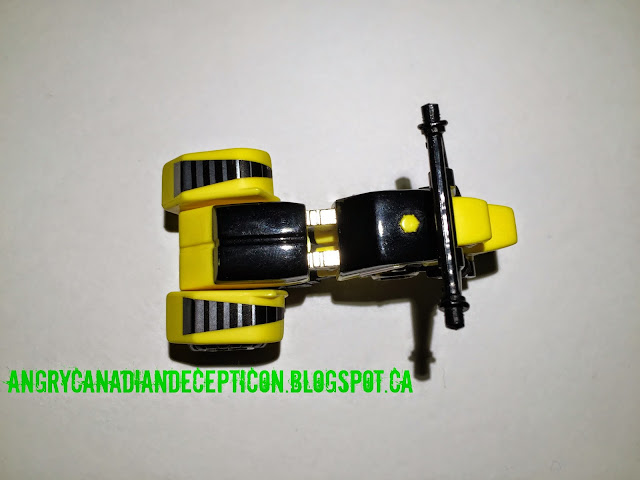 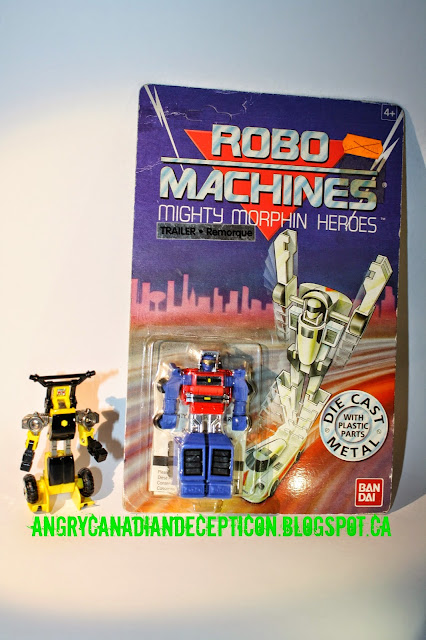 In the end, I'm happy with the Trailer pickup, and would have to recommend passing on Mr. Moto unless you can get him carded for cheap.

Posted by acdecepticon at 1:05 PM