I was surfing one of our Canadian TF fan boards the other day and came across this rather interesting post that seems to have affected a number of retailers.  I thought that I would share it with those of you that follow my blog and maybe see what your thoughts were.
Here it is quoted word for word (again by another individual).  The actual link posting can be seen HERE if you wanted to get into all the different replies to it. 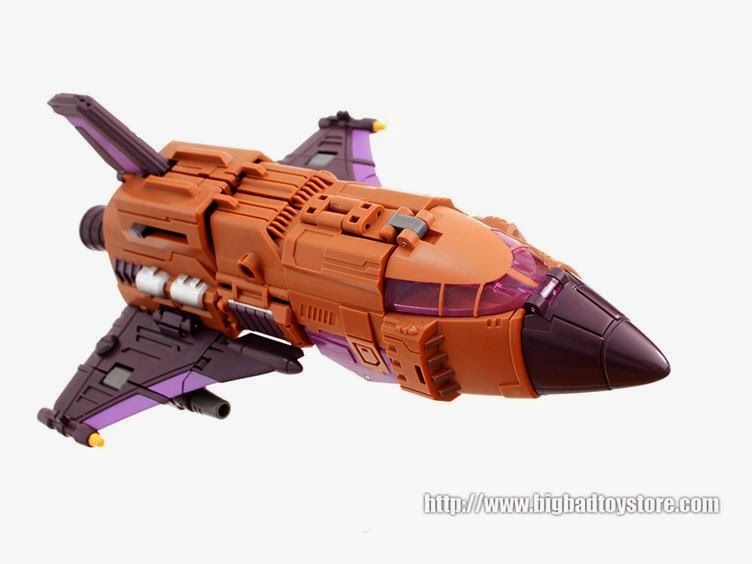 Please let me enlighten everyone as to what has happened with the first Warbotron figure. No one in North America has it – except for Big Bad Toy Store. For whatever


reason – the people at Warbotron decided that it was in the best interests of everyone to ship their entire N.American batch only to BBTS. Whether they specified this or not – they also gave them a 90 day monopoly on this figure. In the UK – some retailers were also not given the figure. The retailers there, though they had agreed to meet at least the minimum order quantity set out by Warbotron were given last minute notice that they would not receive it. Hong Kong was not given the figure either. Retailers or distributors in China were given orders to not ship out to Hong Kong – unless they wanted to be punished with no further stock. Not only were retailers not given advance notice- but retailers were given the go ahead to advertise on their websites that they were getting this figure. FREE advertisements.

I’m just going to cut to the chase. This is utter bullshit by a third party company and a very large company that is essentially trying to screw a lot of small businesses and retailers. Why care about the retailers and small businesses? My ideology has been –those who help me – I help them. Without the smaller businesses bringing in these figures – then you get to purchase this stuff online and overseas. I’m sure when you buy this Airburst figure from BBTS at 89$ USD – add in shipping; customs; (paypal or whatever US conversion rate we’re at) your figure will cost what? 110?115$ if you’re lucky. Why the fuck would you help out a store that would stoop to such bs tactics? This goes beyond the 1 figure. This will set precedence to third party companies or better yet BBTS to just monopolize the whole market. That’s right –one day you might only buy these figures from 1 company – and they will set the price of the figure to whatever they stupidly want and you will have to pay through the nose.

So to those that were expecting me to bring in these figures – sorry I can’t bring them in. Warbotron and the dirty practices initiated by BBTS has screwed people all the world over. I implore you to not deal with BBTS. Don’t give them your business. Give your business to Canadians such as Automaton, Ages 3&Up, BK Collectibles, Imperium Collectibles, It Came from Japan and a crud load of others I may have missed. If you help out your local business- they’ll in turn help you. "

Certainly a really interesting look into what can take place in the retail world.
Here are some fan replies to this posting that stuck out to me :

In turn, this unfortunately means that anyone who has pre-ordered Warbotron through agesthreeandup.com will have those products removed from their orders. For the inconvenience this has caused, we would like to provide a 15% discount coupon for those who have pre-ordered to use on future purchases with us.
Why have we done this?
We regret that along with other retailers, we were mislead by Warbotron surrounding the details of this release and in turn have misinformed our customers. We were solicited months before with very clear details on a March release date. After having orders confirmed several months ago, not only have we been part of a group of retailers who has promoted and taken pre-orders in the name of our customers, but also emailing regularly for status updates since then.
It frustrates us to report that not only has Warbotron’s communication been non existent, but when they finally responded to us group of retailers, we were told a larger retailer had already received their products and that they would have a 90-day monopoly in the United States and Canada before we or any other retailers could sell or receive any of our shipments (and yes "90-day Monopoly" is the exact wording they used).

Exclusive products in our industry is not uncommon and are a great way for companies to work with manufacturers to produce interesting things that otherwise might not see the light of day. But when true exclusives are produced these terms are not only made 100% clear to the consumers when purchases are made, but also made clear to the retailer if that exclusive is ever to be sold outside of one retailer.

However, when a product is solicited, retail orders are taken and customers have pre-ordered before exclusivity is announced, then we consider this to be unbalanced competition. Creating a monopoly after the market demand has been assessed is not great business practice over all. Some would argue, that a monopoly in the first place is not great for consumers. However, in this industry, exclusives are enjoyed by many competitors and really isn’t an issue if it’s handled properly and price adjustments aren’t made in bad faith towards consumers.

The main issue behind this whole thing we feel is that if allowed to set a precedence now, then dishonest communication and false expectations will be set by others. When that starts, it will soon become a slippery slope. We believe in healthy competition with other retailers and transparent communication to our customers about product expectations. Without that, consumer confidence in our entire industry goes down and it affects every single retailer negatively.

For this reason we can no longer support Warbotron until they take responsibility of their actions and show a clear understanding of the consequences it brings to the industry that they represent. An industry that not only provides a ground for Warbotron to connect their products with interested consumers, but one that provides a living for us and our fellow retailers in turn.


We apologize again for any inconvenience this has caused and we will continue to work hard to ensure this sort of thing does not happen again in the future.

Obviously there are plenty more opinions so if you are interested in this debate you can check the link that I posted at the top of this article.

What are your thoughts?

Posted by acdecepticon at 9:12 AM