I've always been on the fence when it came to grabbing an Omega Supreme.  The only time that I have actually ever physically played with one happened when he was originally released and even then, I don't recall whether I was as overly impressed with him compared to a lot of the other G1 figures I played with. You would have thought that anyone would have been

considering his size, motorized mechanics and three different modes of playability.  I just don't know what else to tell you, but to each their own I guess.

Lately though, my interest has been revitalized……..


Below :  A KO Super Change Robo Mechabot-1 that my friend "M" picked up roughly two years ago. 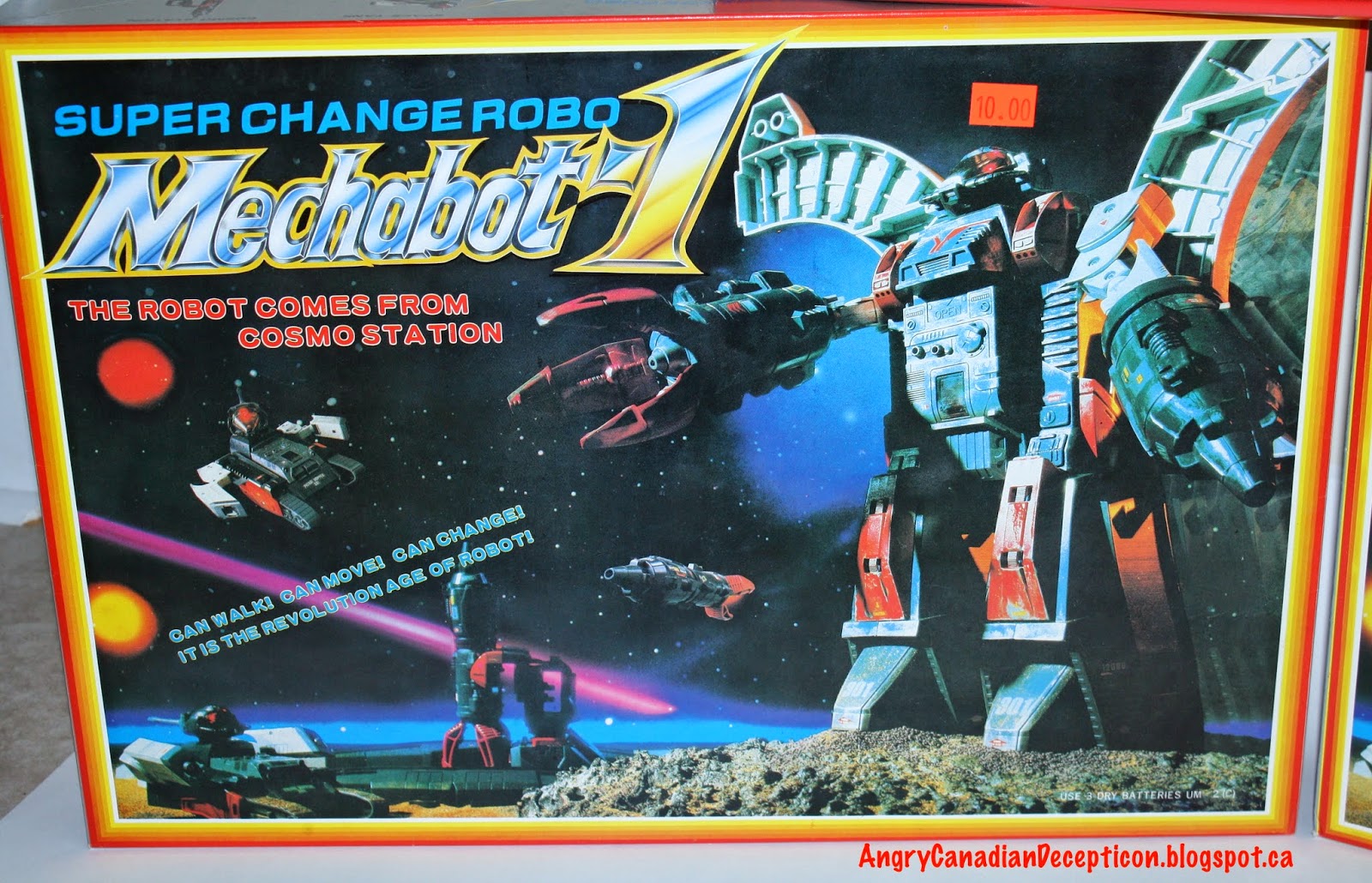 These pictures do not do this particular figure any justice.  When I say this piece is immaculate I mean it. That probably have something to do with my fascination in this piece; that and I had never seen it before up until two years ago.


The lid may not be taped down (though I don't know if it was ever), but this guy is still MISB.  It was hard to capture with the camera, but there is a plastic wrap over the contents, sealing the pieces inside the environmentally friendly styrofoam. 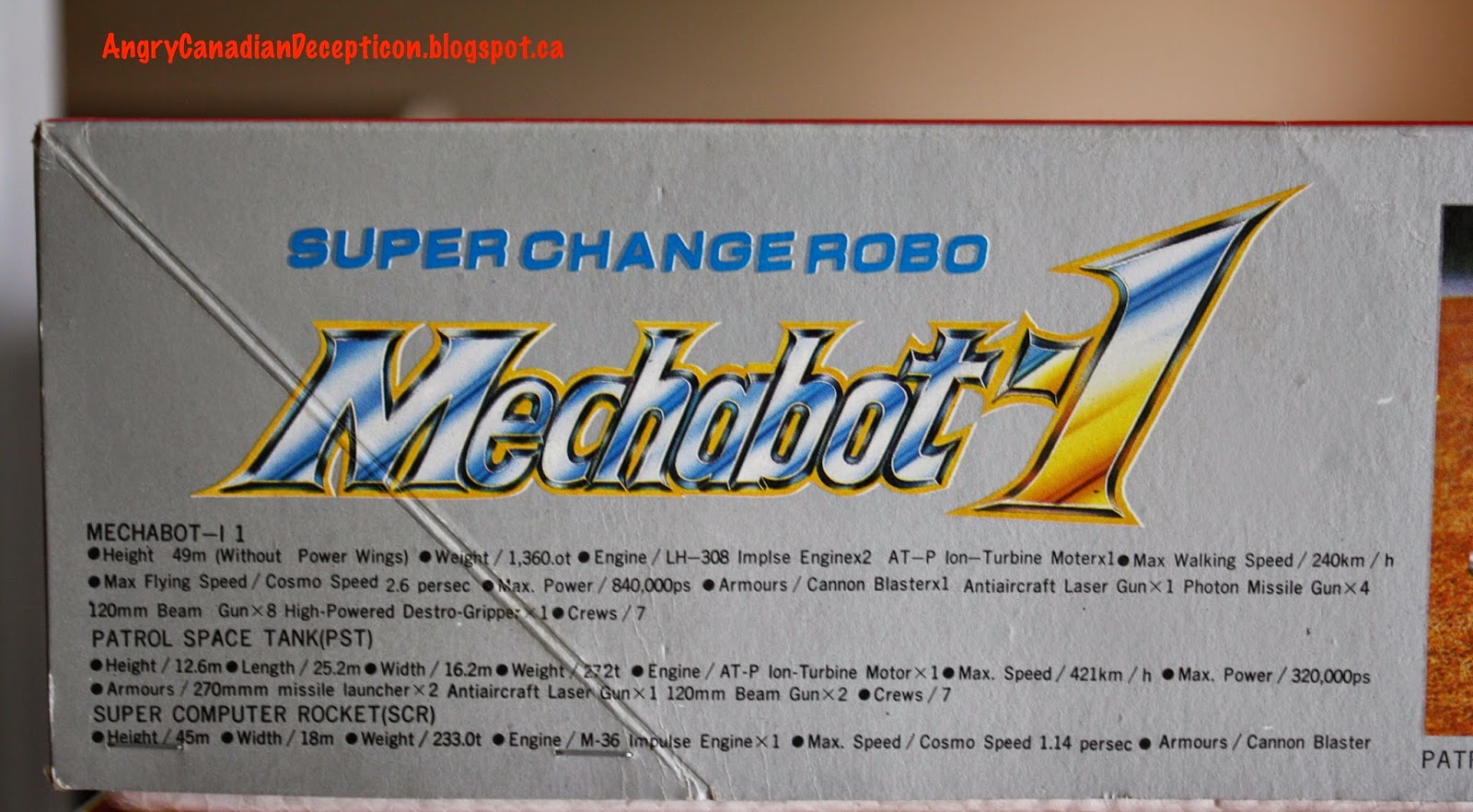 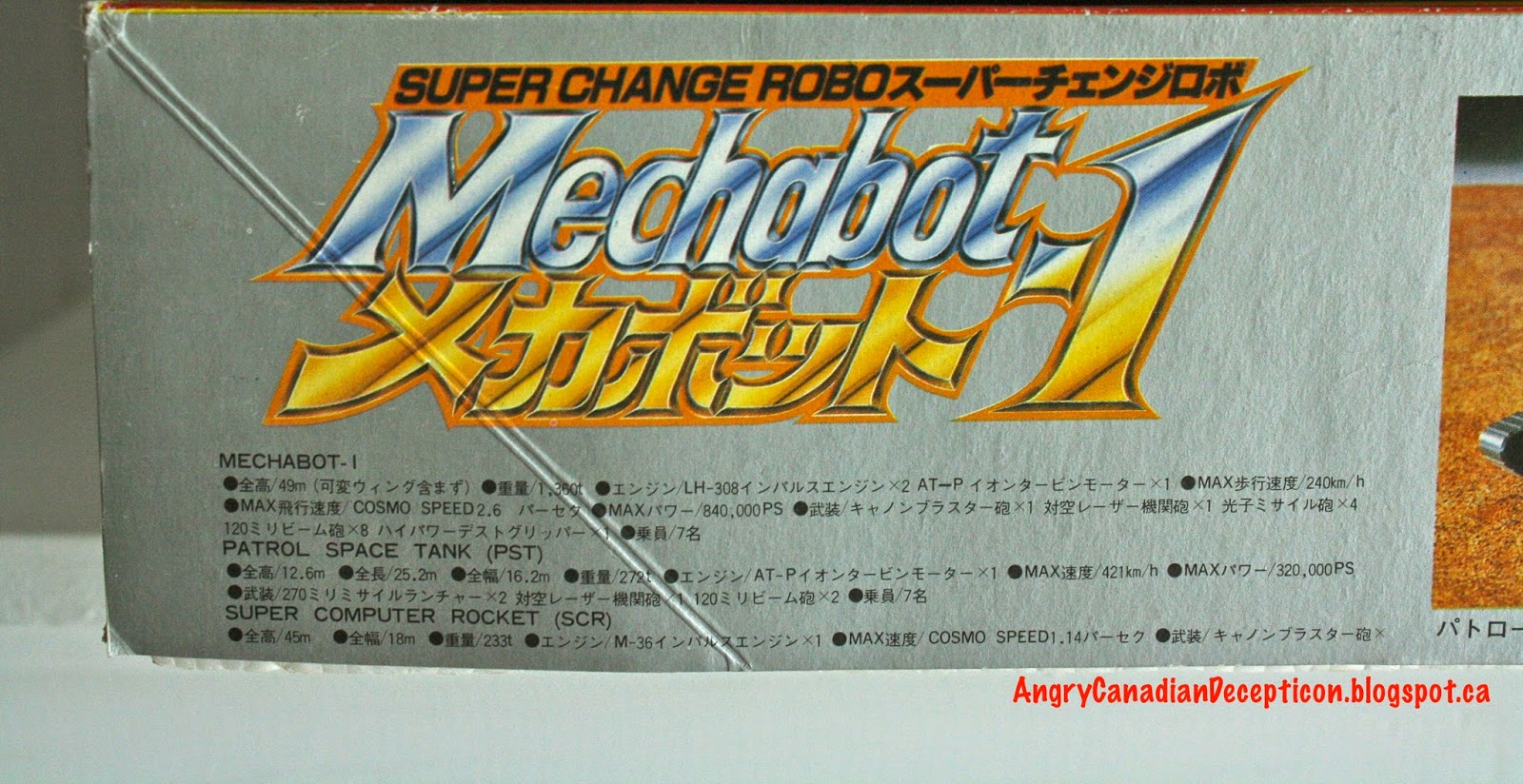 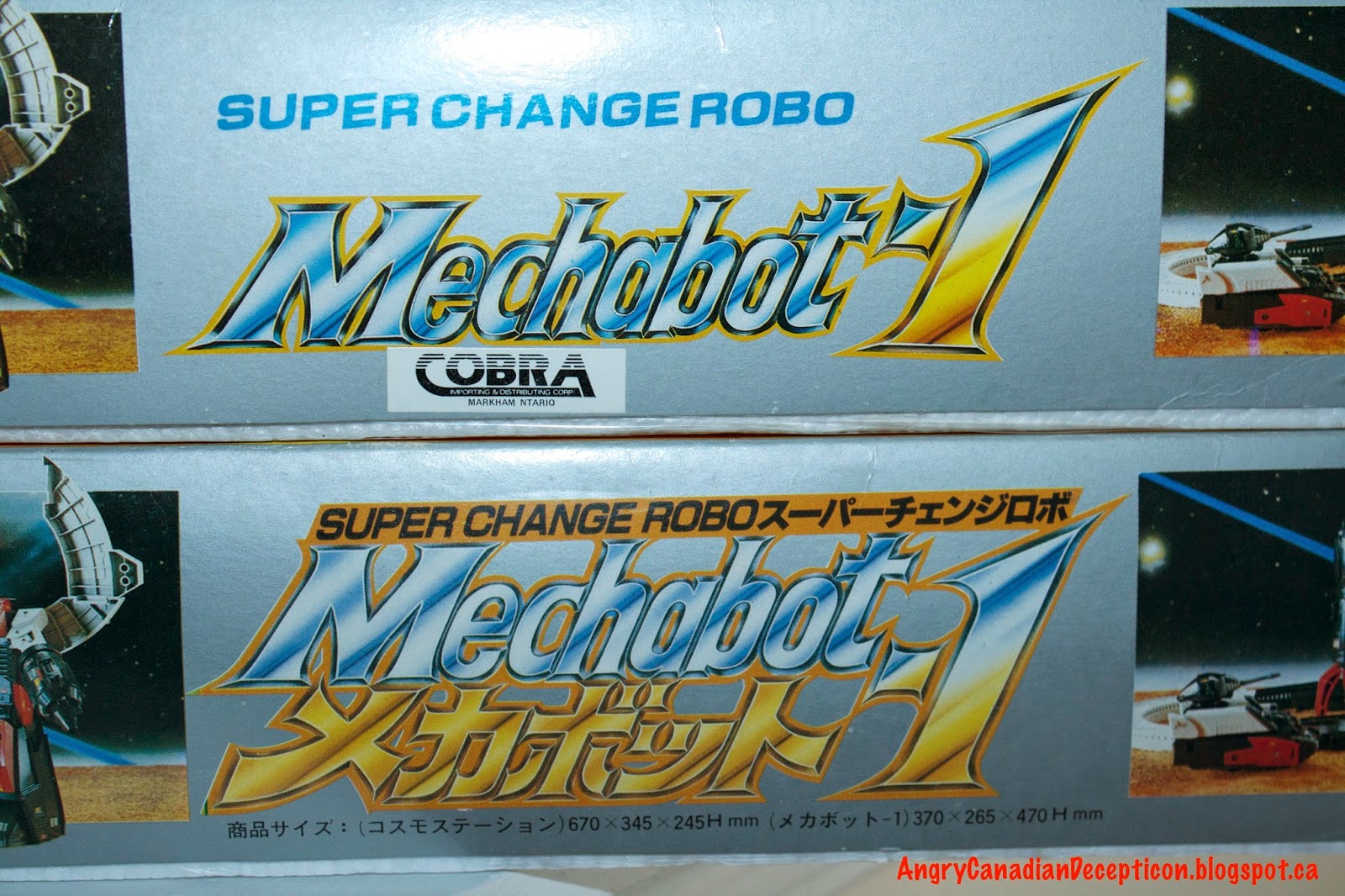 Here's some side pictures of the boxes. 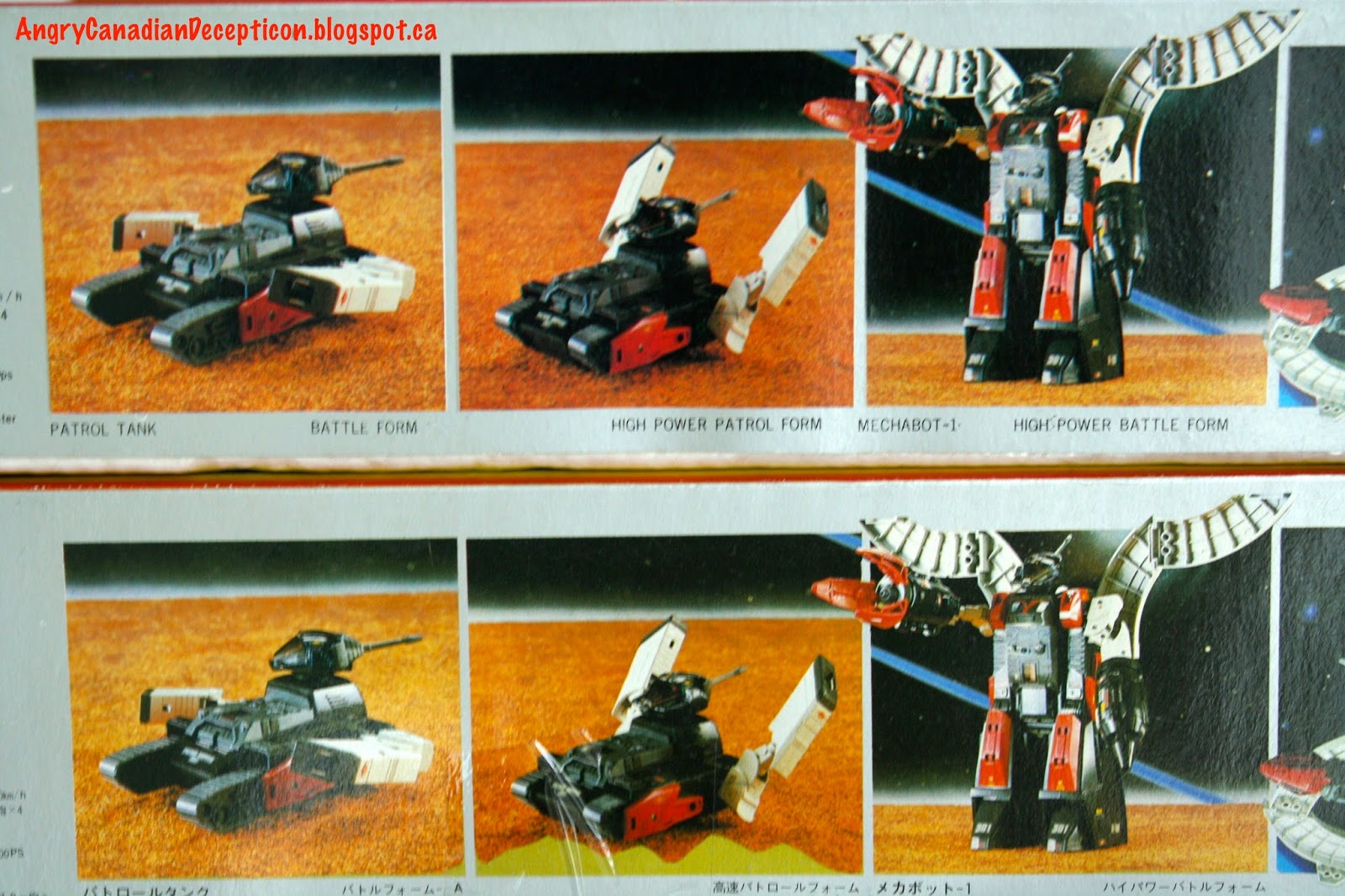 Omega Supreme, being the complex figure he was, only had one release in the original G1 lineup. In alternate mode, he formed a space defense base. His arms formed an interplanetary rocket, his back and legs formed the base perimeter and his head/torso formed a tank. In robot mode, he had the ability to 'walk', which was remarkable for the time. In tank mode, the same motor that enabled his walk would also drive the tank around the base perimeter, which was a track. ﻿ 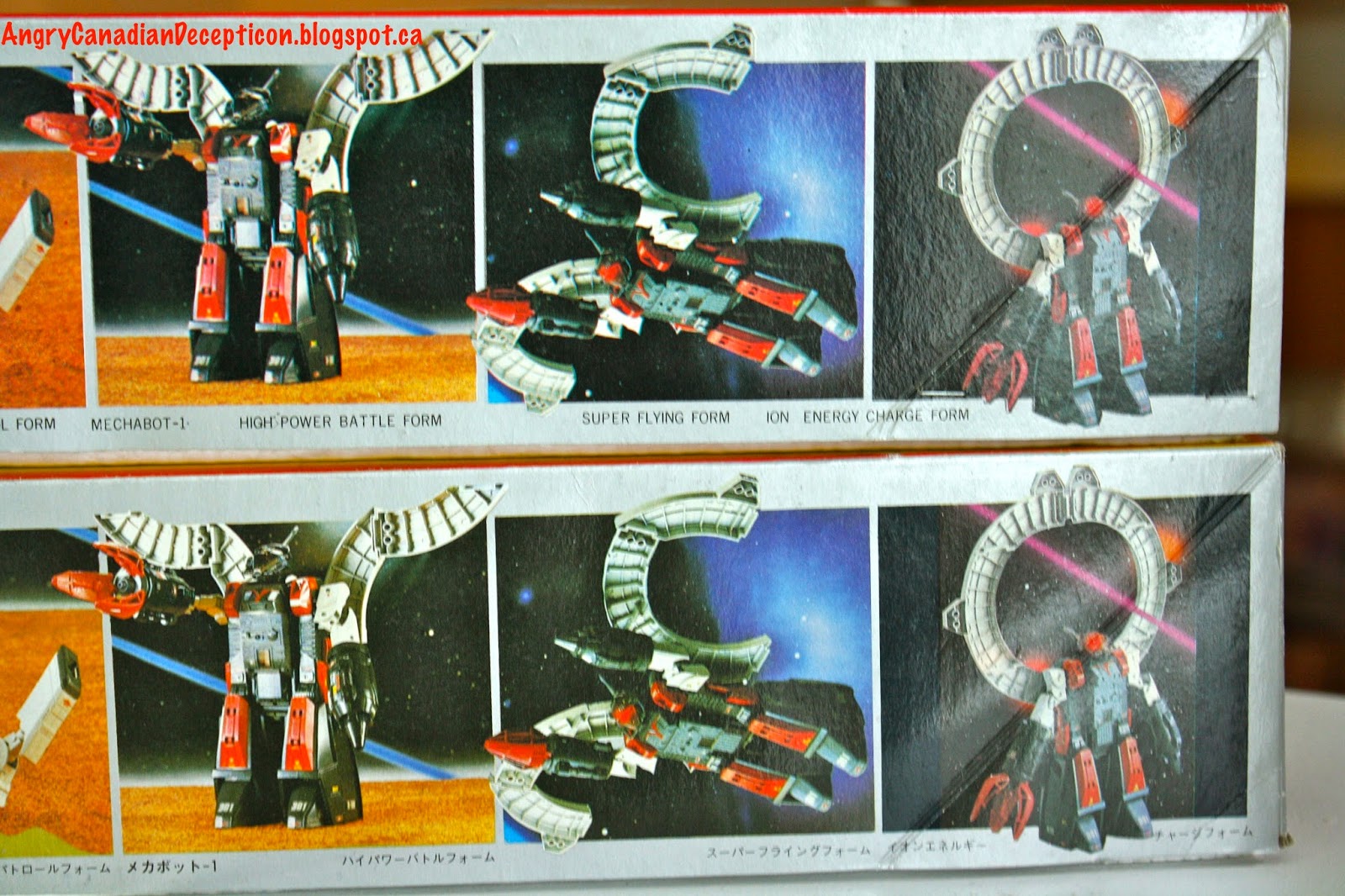 Another version to look for : 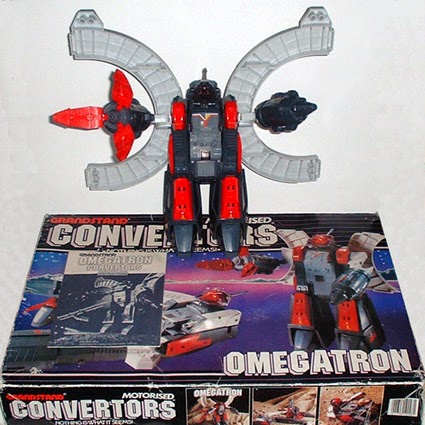 Grandstand Convertors were only produced in the UK in 1981. The Grandstand Convertors that are Diaclone based, are fully licensed by Takara and were put out by Hales Ltd. The toys are exactly the same with Takara markings. Other Japanese transforming toys were produced in this line. Strangely though they are packaged with the rubber tipped protected missiles which originated from Italy. Though there are slots for the the Diaclone drivers, the box was empty but showing slots for them.

Happy hunting for these pieces guys!

Posted by acdecepticon at 12:12 AM