The State of Today's TRU Shelves

I had some time to kill so I thought I would take a walk into my local TRU just to see what was going on since it had also been quite some time since my last visit.  My reaction as I looked on the shelves fits this blogs name appropriately.


I did grab one of these guys for myself…..and I swear it will be the last of that mold that I buy.  Now if they ever get in gear and release the coneheads then that is a completely different story. 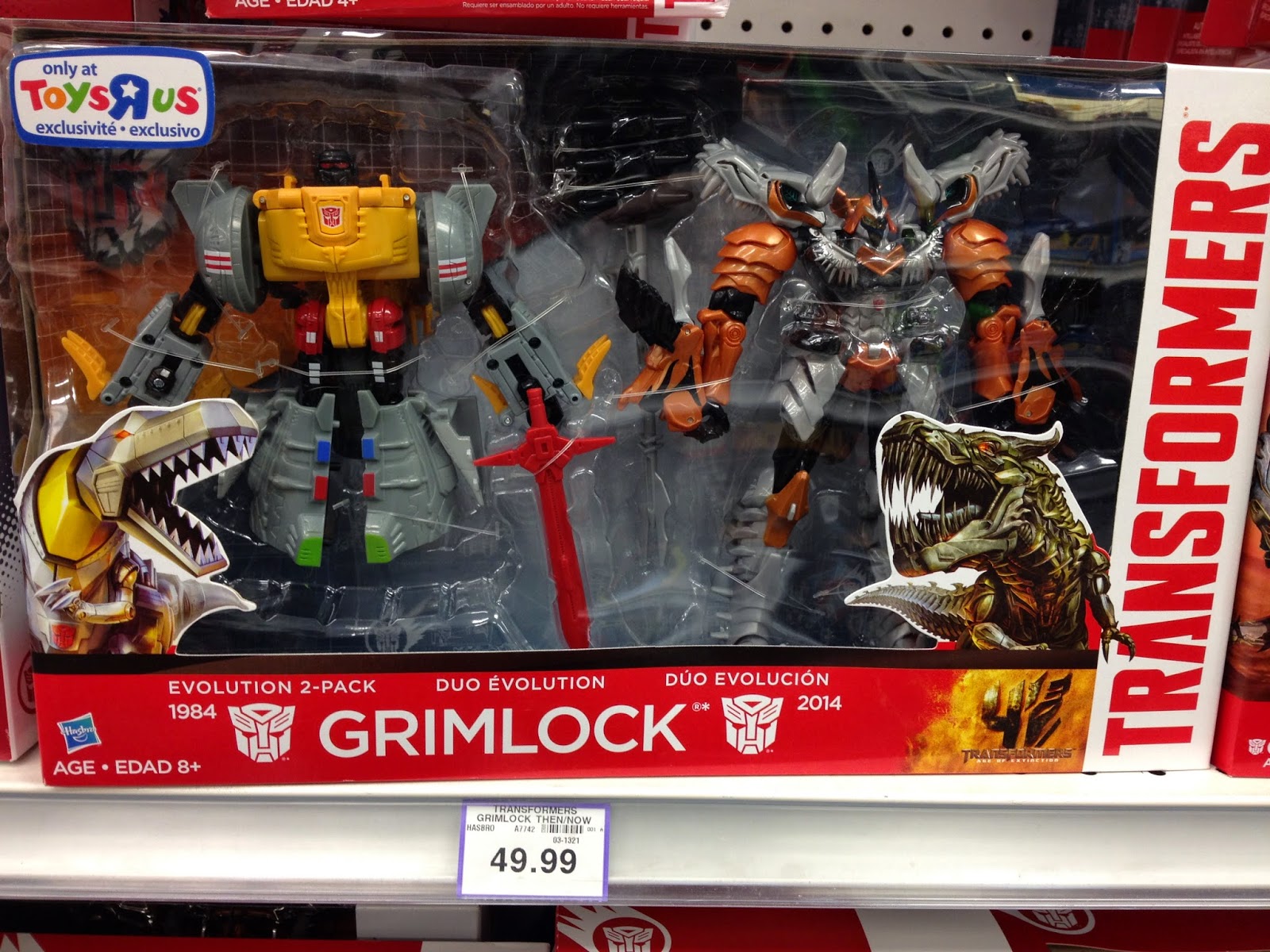 Interesting concept in being able to evolve Grimlock from original G1 to Michael Bay movie shitiness.  Aside from the positive aspect of Hasbro reintroducing what appears to be the G1 mold we grew up with to the "next generation" of TF fans, it still appears to be in a dumbed-down form to match Hasbro's new mentality of simple transformations. 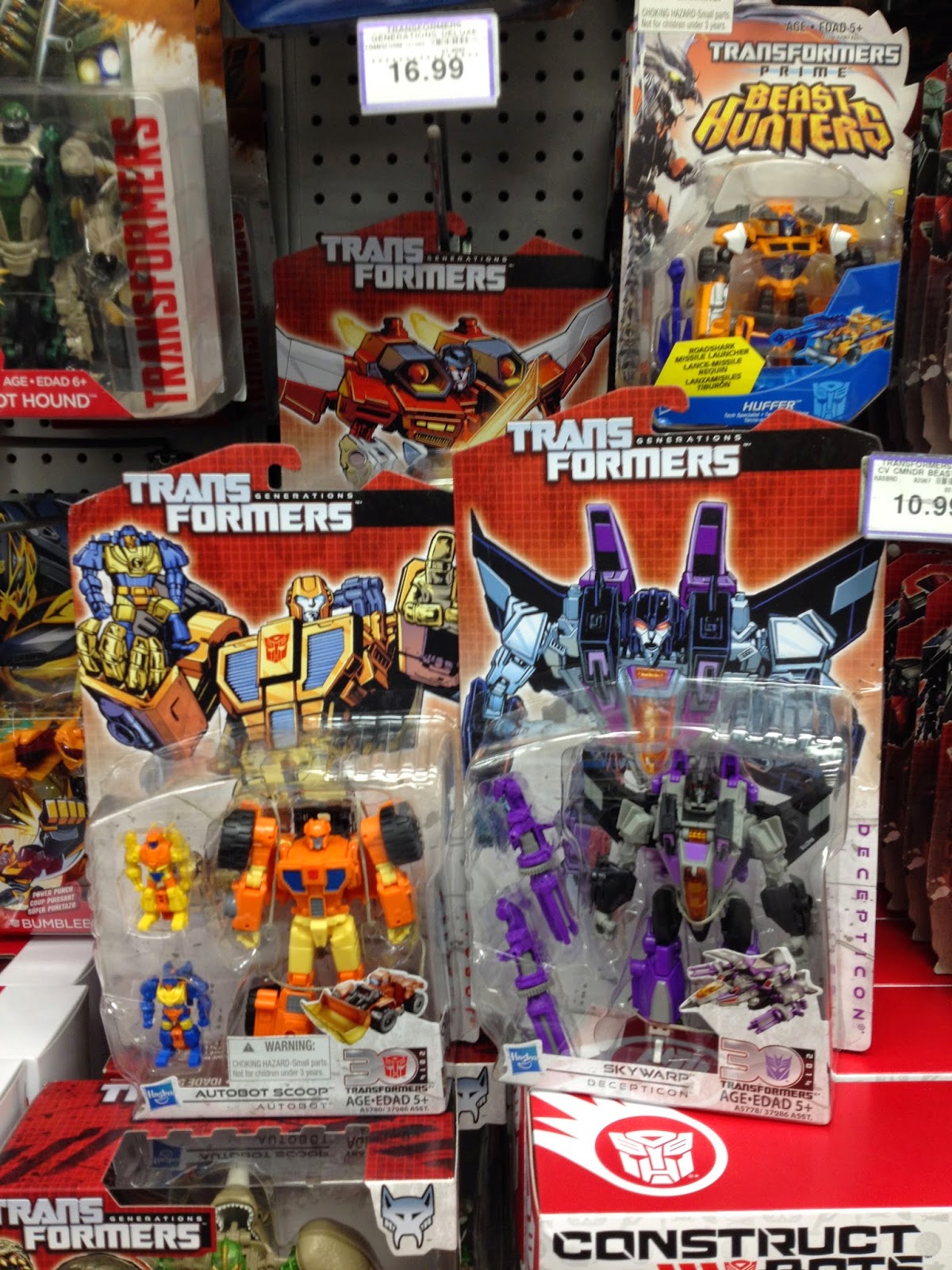 I came really close to getting Scoop since I already have Cosmos, Optimus and a few others that go along with some of the other smaller figures in line.  Purchased mainly due to how they were portrayed in the recent IDW comic line.  Almost grabbed Skywarp to match him with my FOC Starscream but I held back because I think I'm going to sell him off in the final tail end push of me streamlining my collection.

I don't even know what the fuck "Hero Mashers" are. Never heard of them.  Not going to bother finding anything out about them, but a quick look at the "artwork" show a Optimus/Bumblebee/Swoop combo character so I guess the gimmick is to create any "Hero" that you can imagine…….uh, yeah, right.  Another shining example of Hasbro pumping out bullshit for the kids.  I'm not in Marketing but I do know how things work in terms of "hooking them"early (obvious with the 4+ age group warning), but geez guys…….talk about not even caring about what you put out there and how it affects the brand.  I hope the parents are smart enough to figure this out for their kids and steer them in another direction. 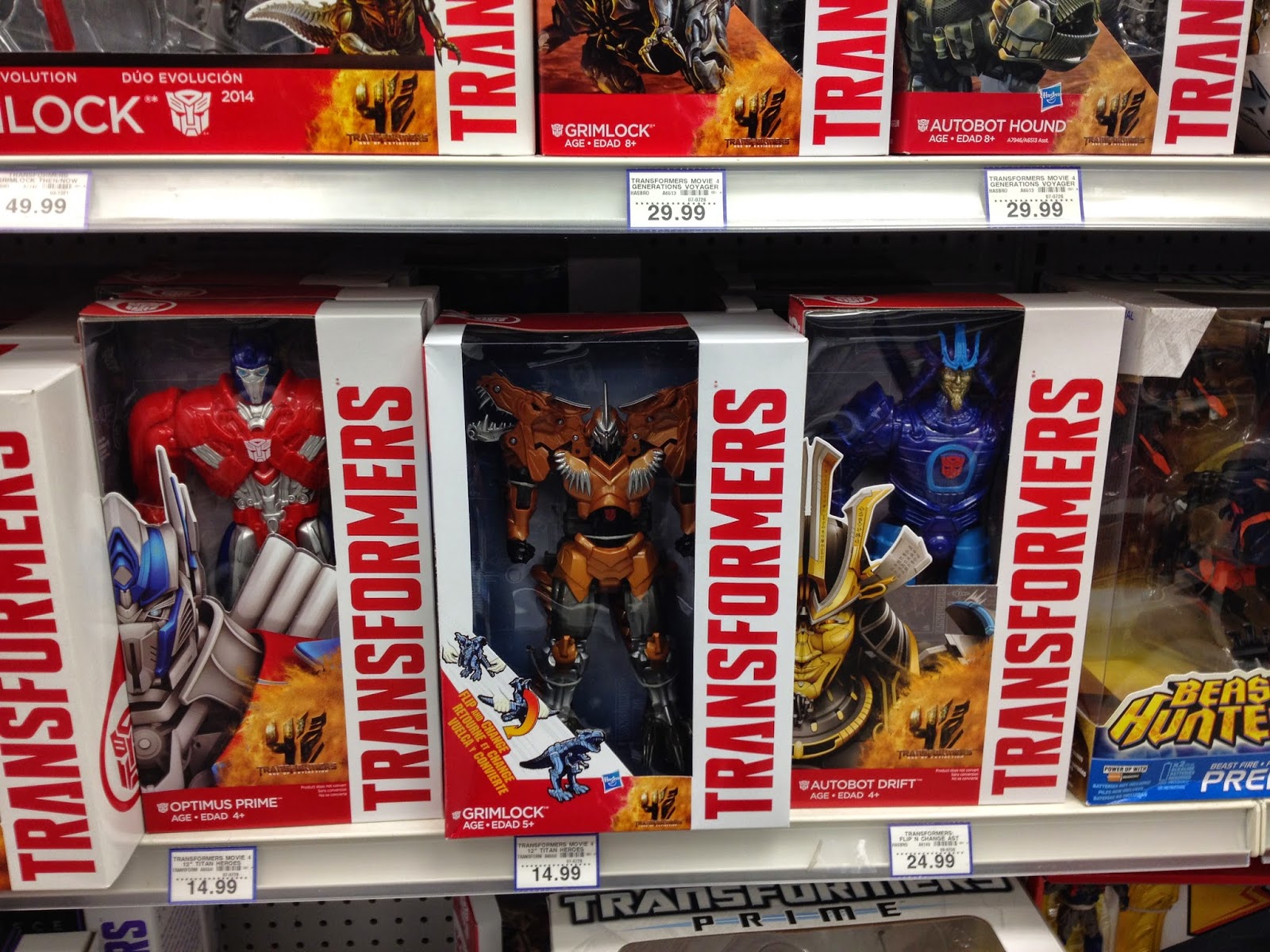 Full size non-transformable figures I guess for $15 ?  Throw them in the fire. 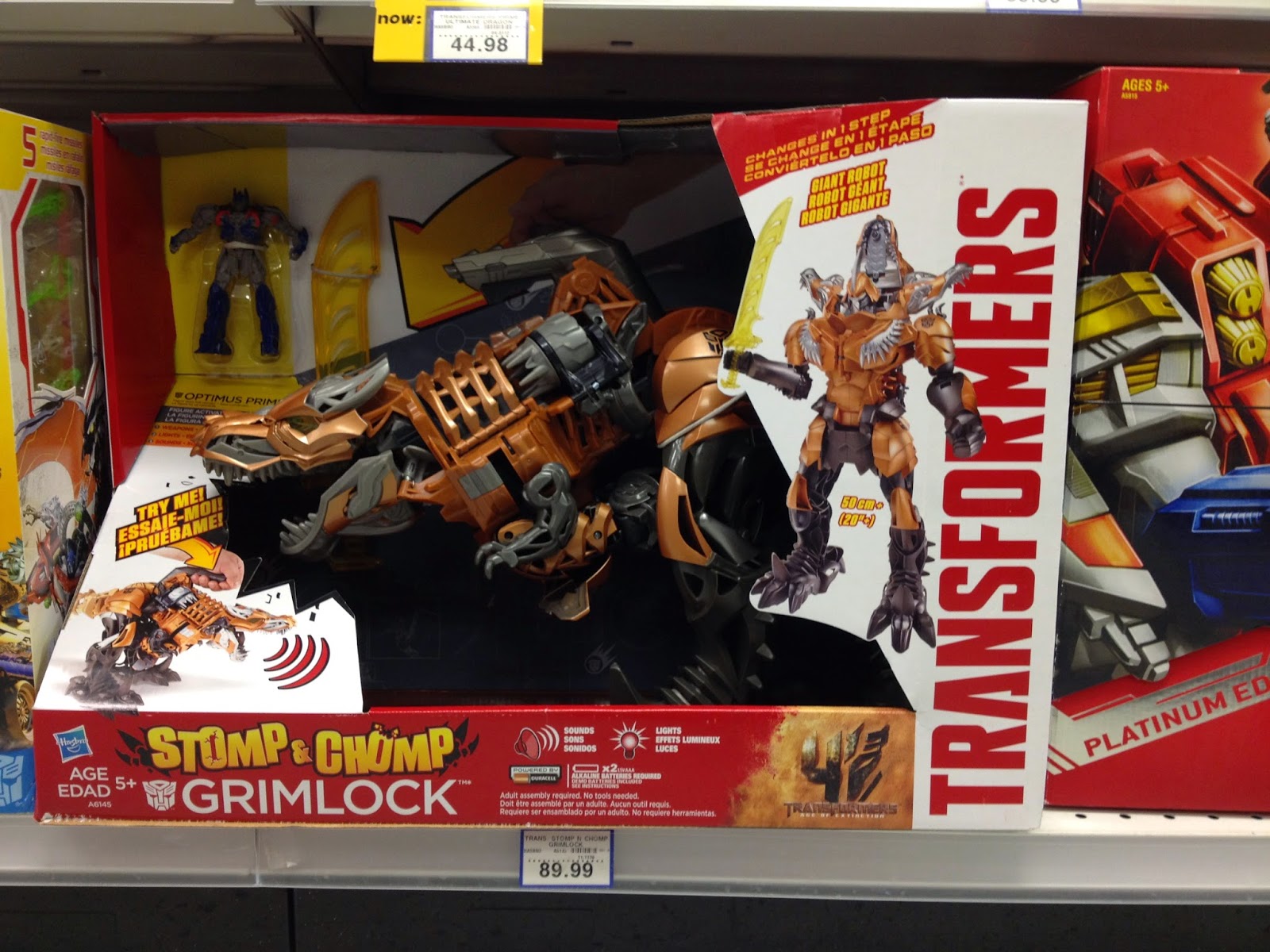 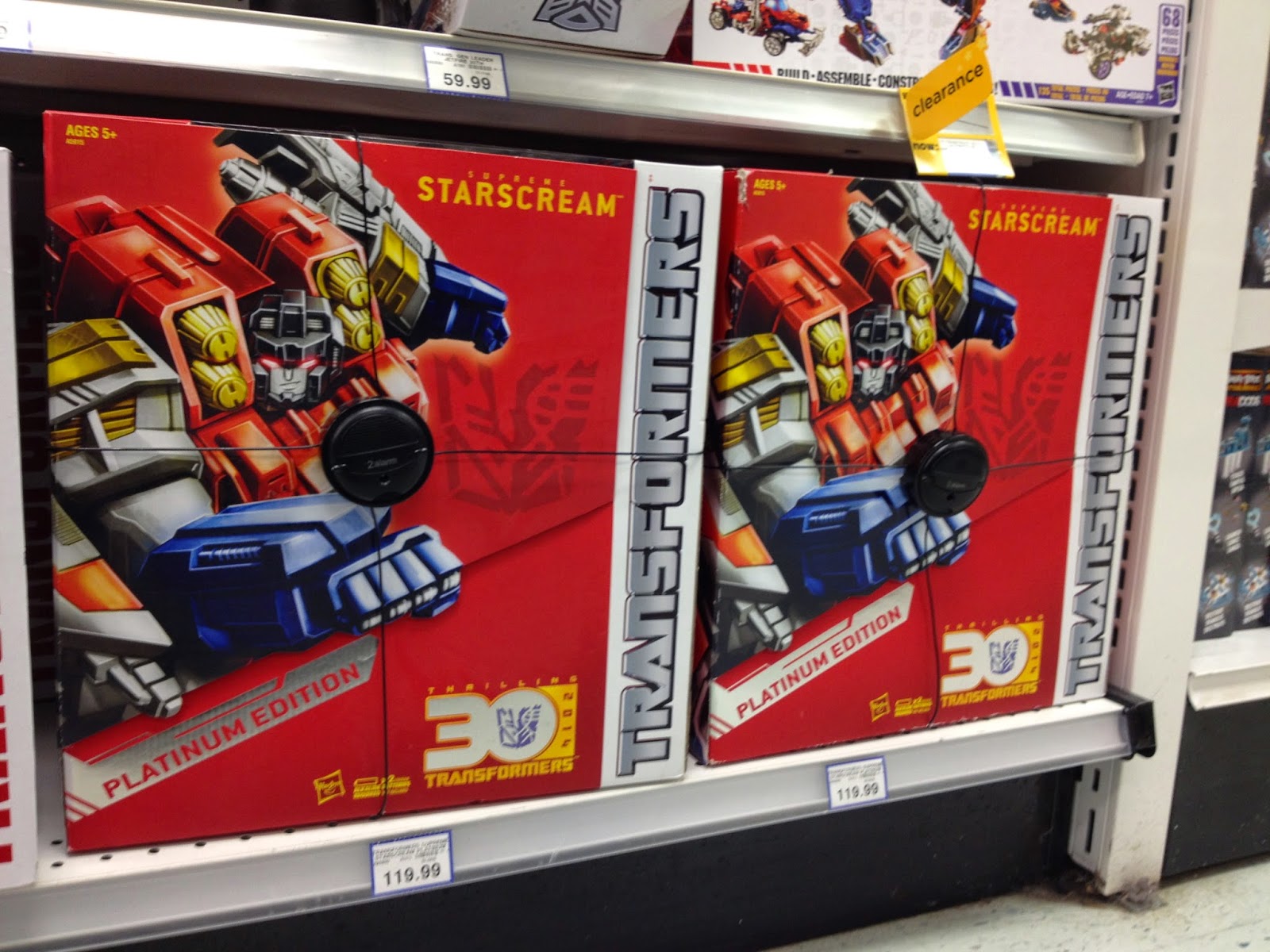 Still can't sell these pieces of shit.  I think I remember from a you-tube review (it may have been Optibotimus) they counted how many steps it took to transform this pile and for something this size it came to like 6-7 steps.  Pathetic! 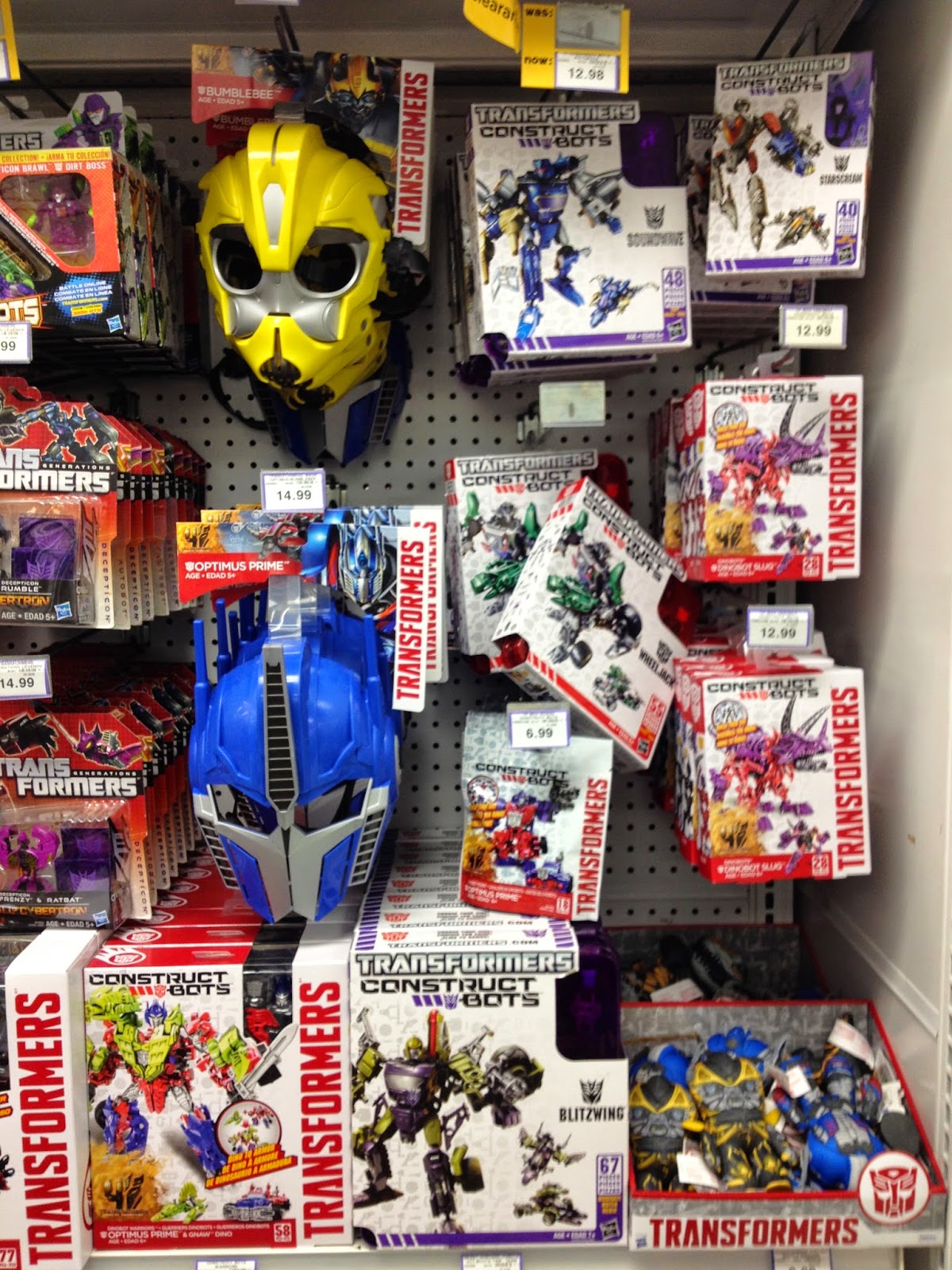 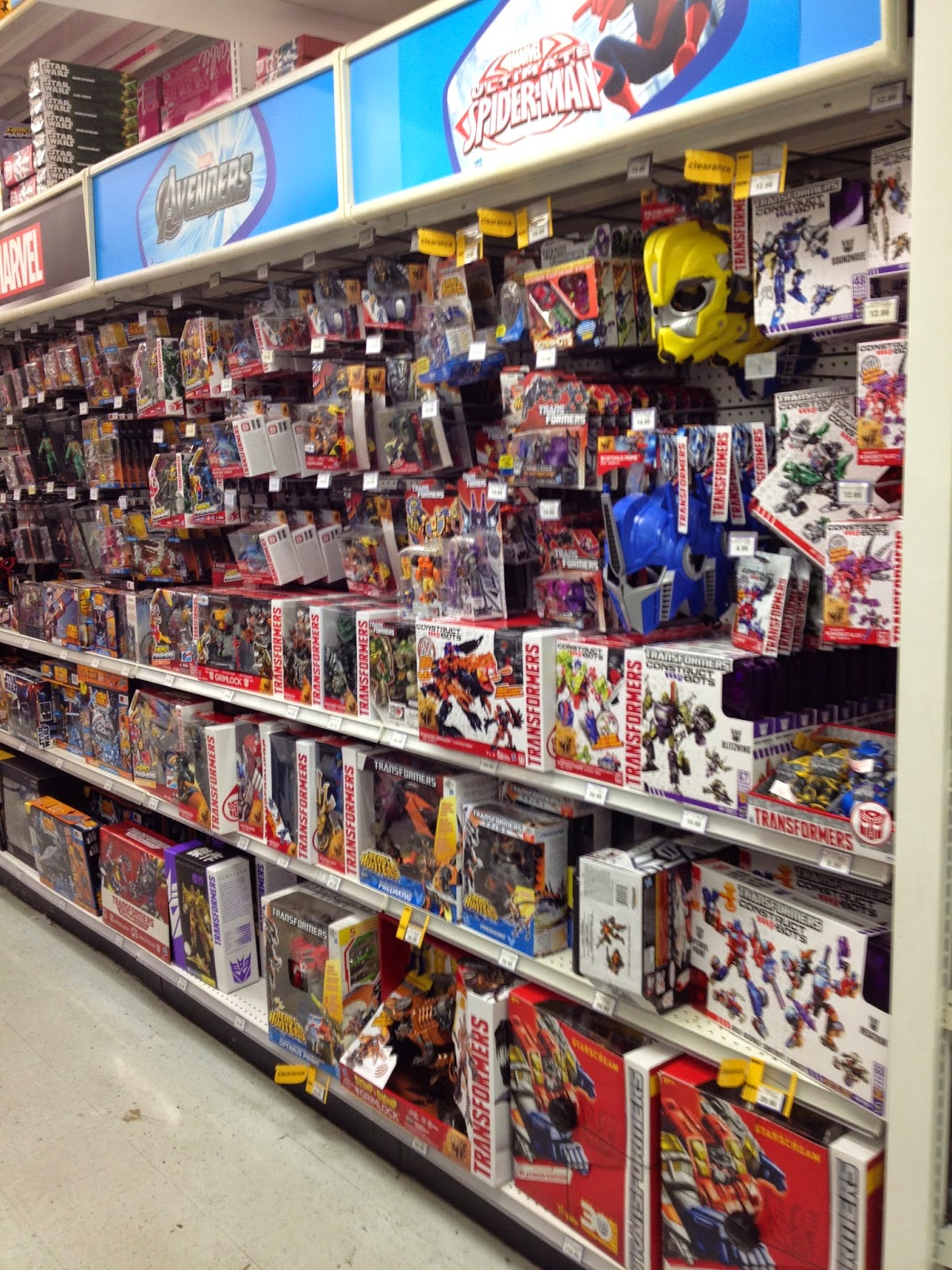 This is the entire section given by my TRU to TF's. 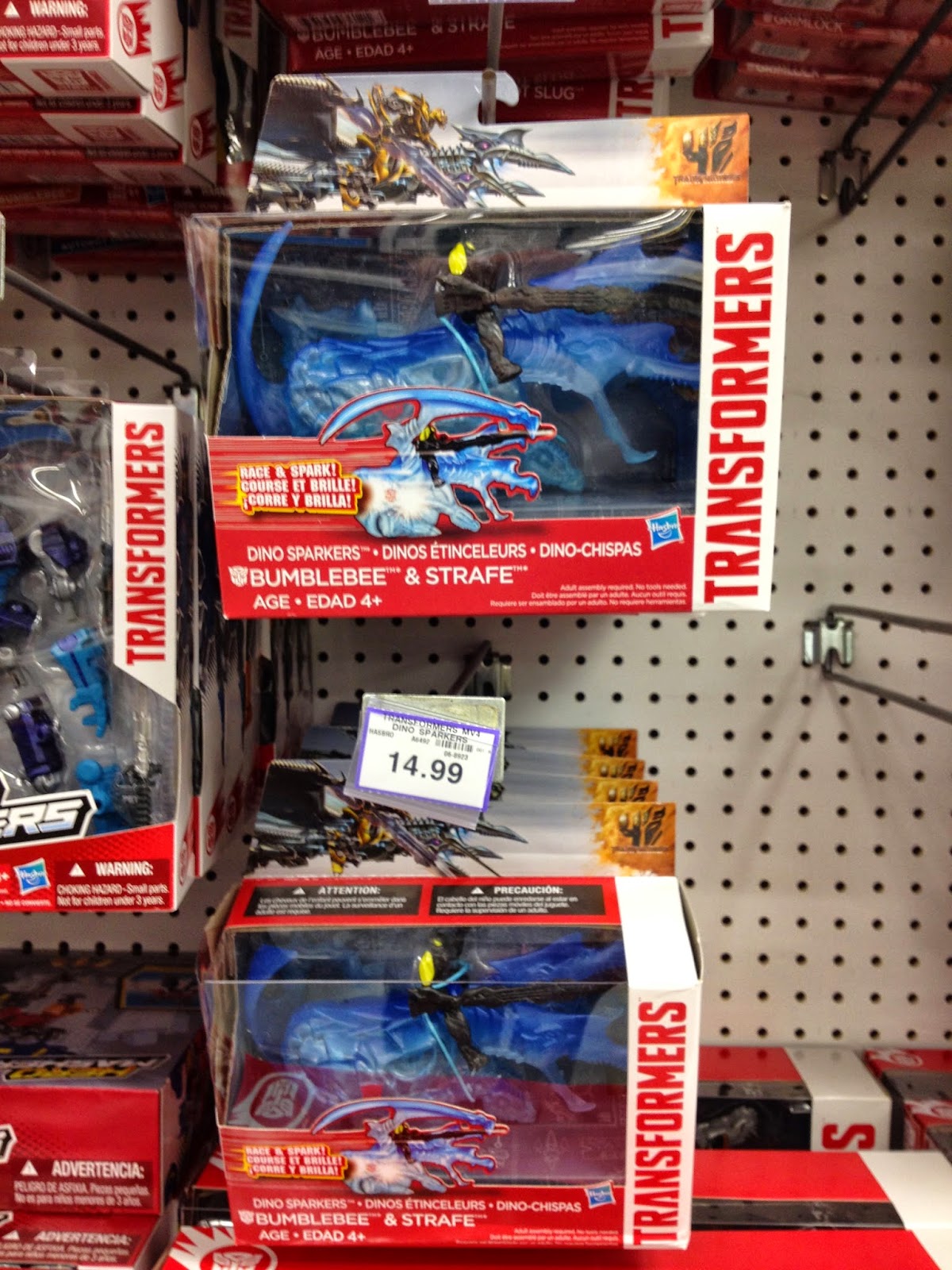 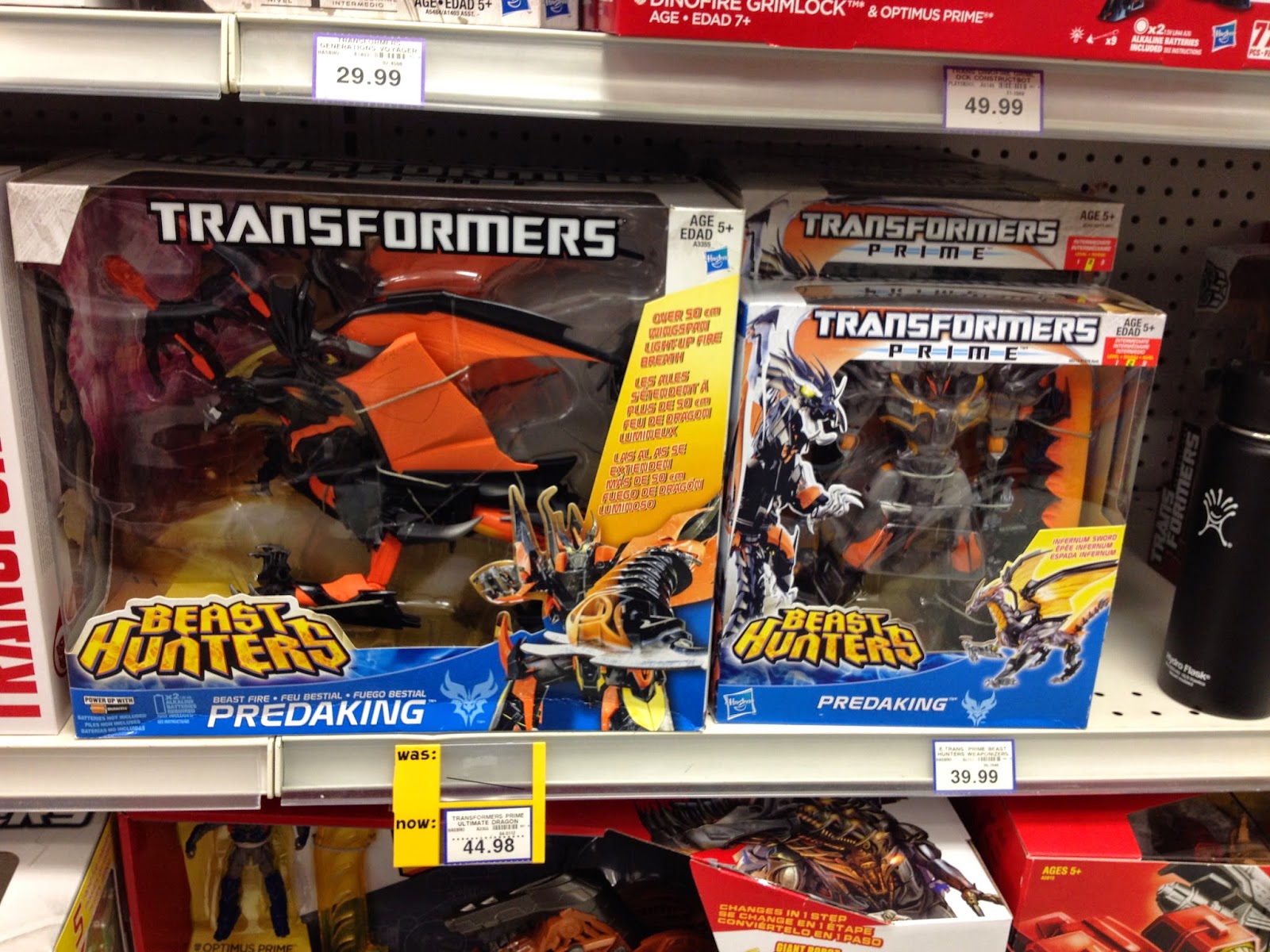 I loved the Prime series, but not its final death tolls in the Beast Hunters.  Should be in the discount bin by now. 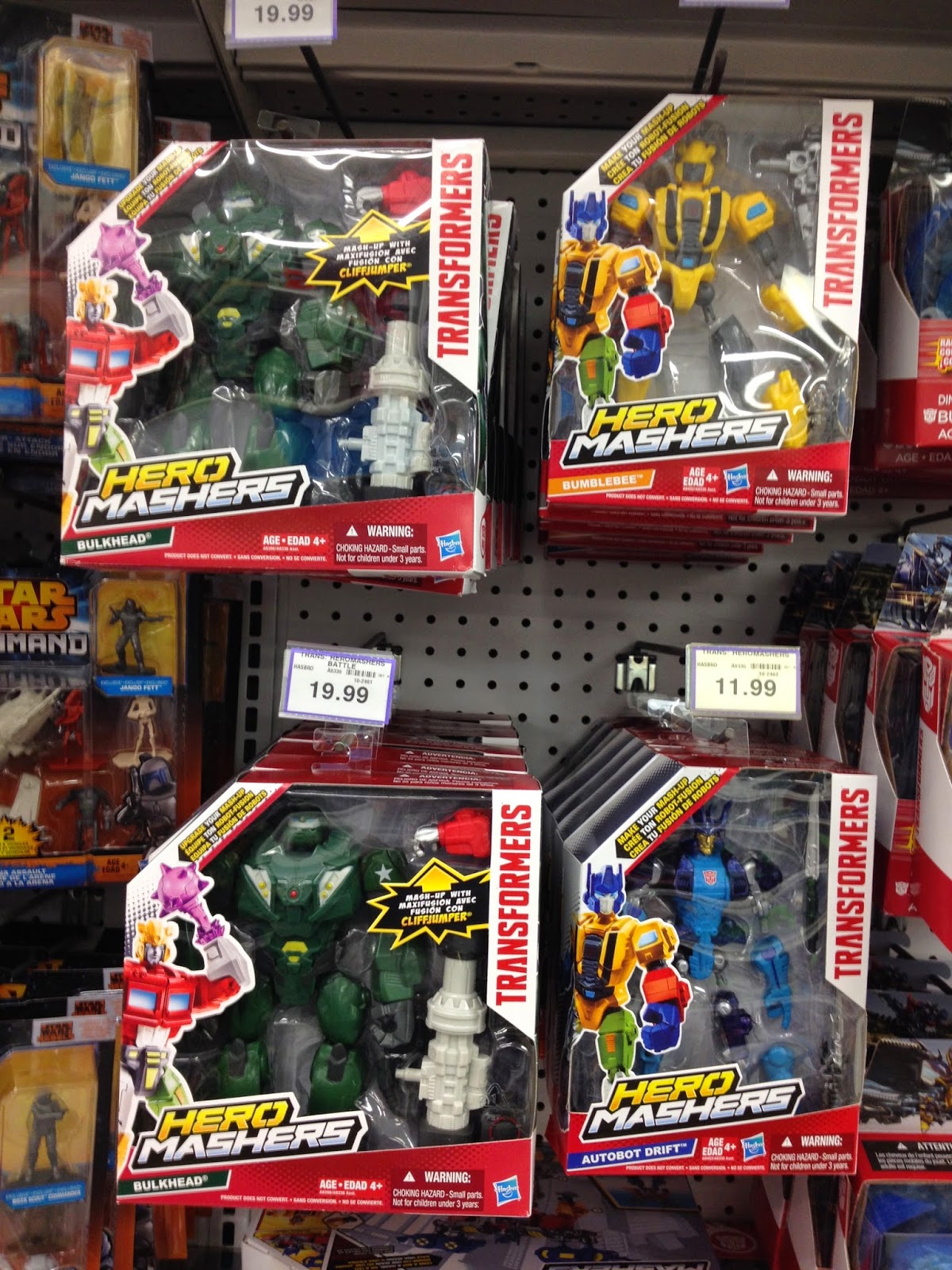 More TF's to build your freakshow with. 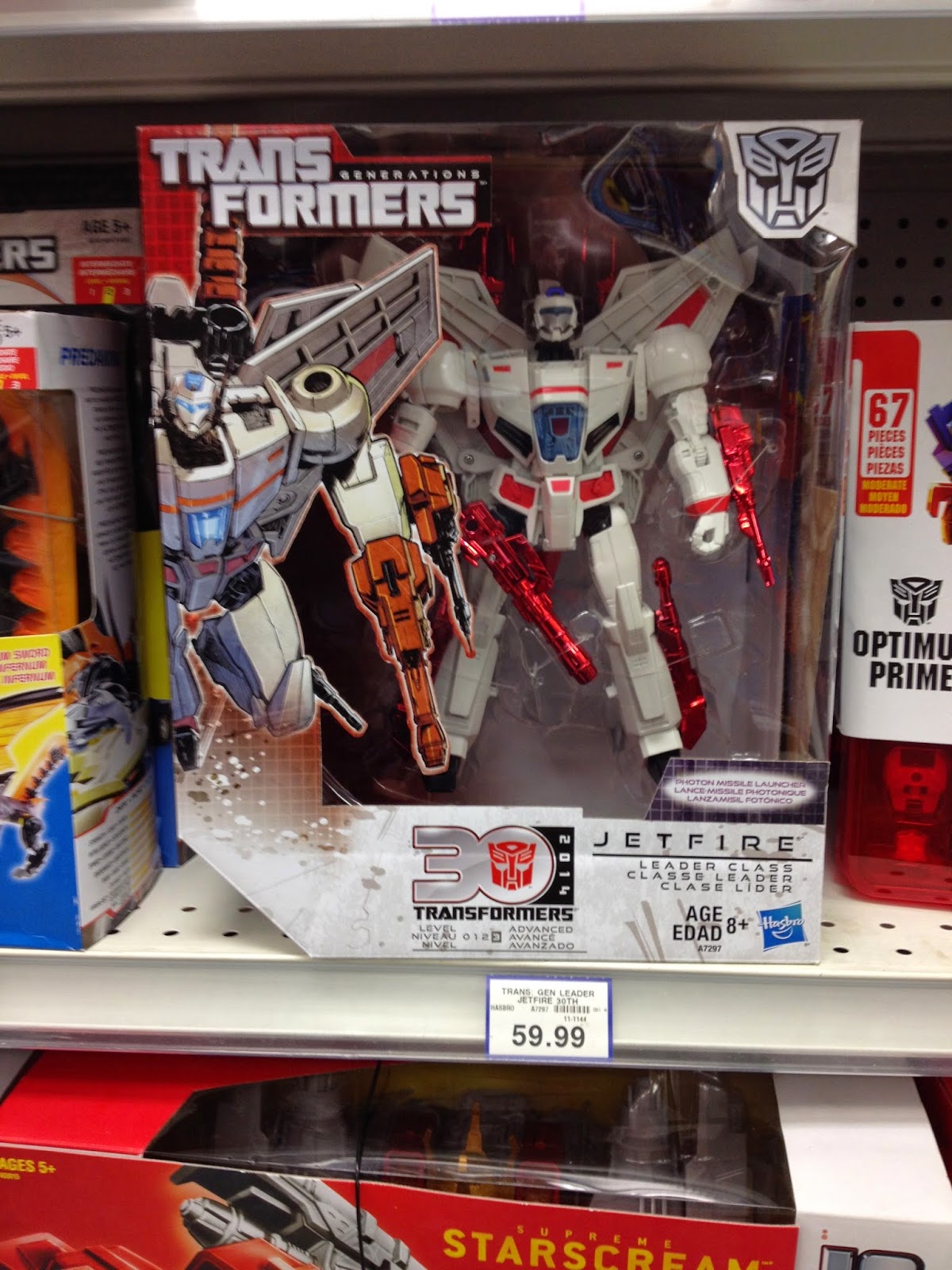 Now this guy I definitely came close to grabbing but at that price point I just couldn't justify it.  I think it's worth $39 so if it is still around and they ever go on sale I will try and get one. 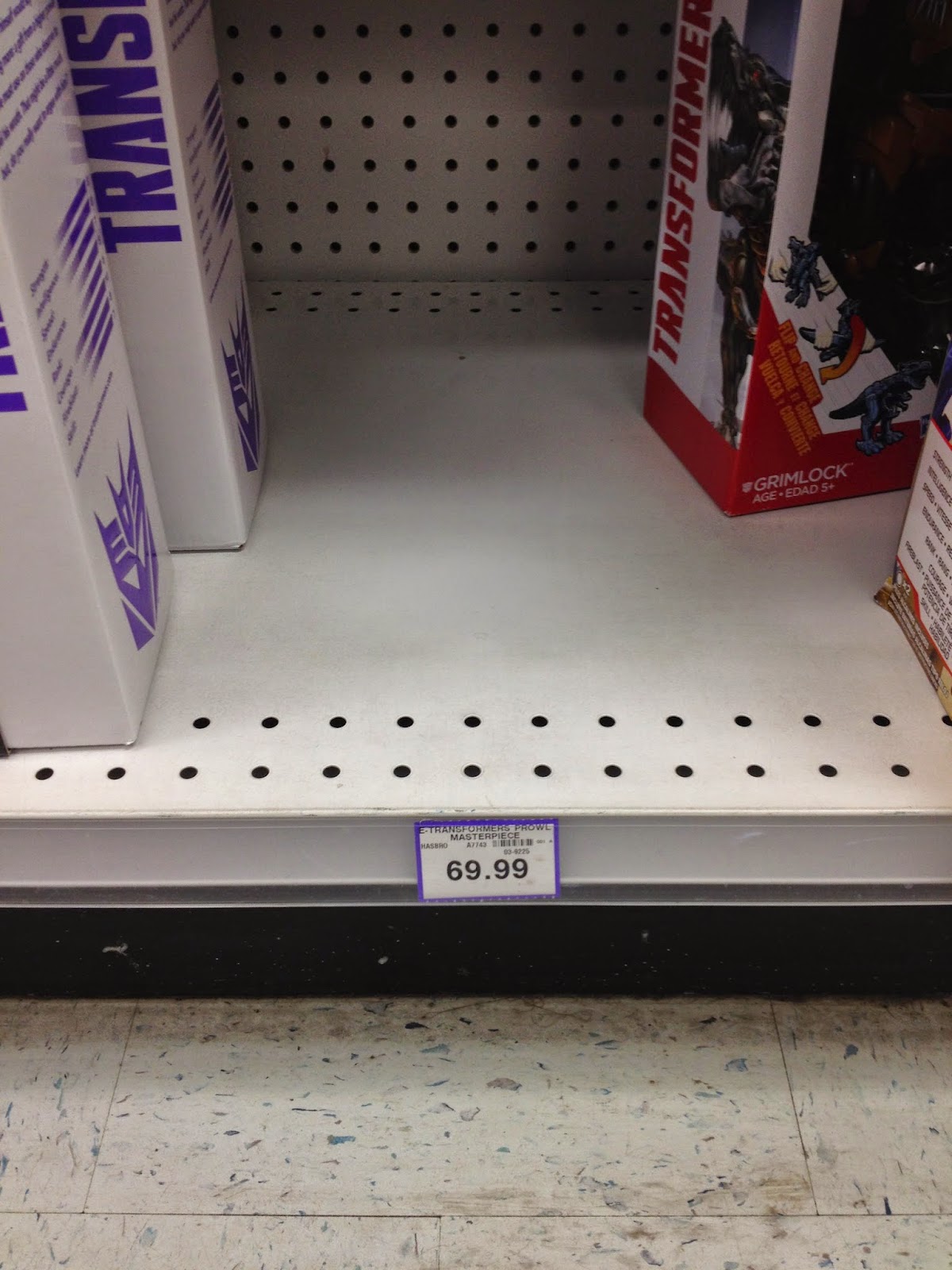 All out of Masterpiece Prowls unfortunately.


I think the above picture is an appropriate one to end this posting off with.  Yes, I know everyones collection isn't the same.  Some people prefer Diaclone, some like to have KO's mixed in with their G1's, and some are into the movie figures. And yes, there are those kids just starting out or who are too young to understand/appreciate the "older" TF's out there so sure, maybe these things are good starting point to bring them into our TF folds.

My trouble is when they start throwing out shit like the above either in an attempt to bring their quarterly-sales up, or as their idea of bringing new fans in.  Hasbro in my opinion is making a mistake by not reintroducing the older lines that we know of ('83 and up) back into the marketplace for the newer generation to find.  I've always said that if you build something good, yes it may cost more, but your buyers will appreciate it more, and all it can do is help to strengthen your brand even more.

The only positive I can take when I go into TRU nowadays is that 99% of the time I'll be walking out empty-handed with my wallet thanking me.