The Variables Pistol To Robot - aka Browning KO

I thought that this would be a excellent time for me to do a little review on this piece since my friend "M" and I should be receiving our blue and red Browning KO's in the mail shortly....providing there is no production issues. Here's the link for that posting.

This is a little piece that was part of a KO lot that I had purchased off of eBay back in 2012.  Total cost of the whole lot equally divided, I basically paid $25 for this figure with $4 shipping.

﻿
Here's a list of what was included in that lot:

I'll do a separate posting on this whole lot later as I have the various pieces all over in a few boxes.  Yes, some of the names may seem really simple or confusing (ex. Tractor Shovel is a KO version of the Constructicon Scavenger. Or the Tyuannosaurous – Ancient Animal (yes, this is the spelling they used, as there is a "u" and not a "r" after the "y"....never remember hearing about this exticnt animal in school); this is actually a KO Grimlock.

My friend "M" has this KO version, and I have to say that I like the cover art of this box much better.


Here's a comparison of them side by side.
The FN Browning M1900 is a single action, semi-automatic pistol designed ca. 1896 by John Browning for Fabrique Nationale de Herstal (FN) and produced inBelgium at the turn of the century.
﻿﻿

Other than missing two missles, it's all there.

This piece still has some nice spring action to it as well, as you can see in the picture on the right.  Still works too. The bullit only goes halfway into the opening (I don't know why I didn't take the picture) but it fires at least a couple of feet. 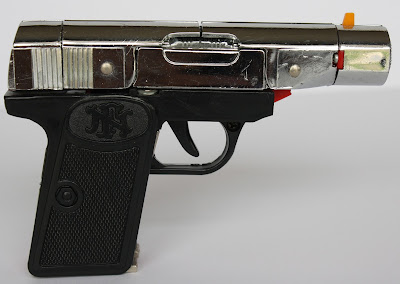 It may look like a big piece but if you were to compare it next to G1 Megs you would notice a considerable size and weight difference.  This doesn't make it any less impressive. 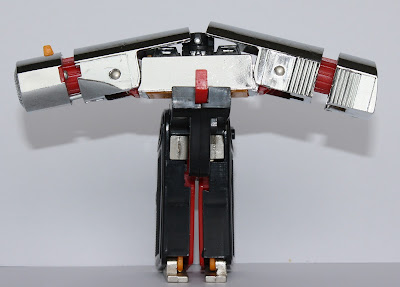 The start of the transformation. It's simple and smooth...obviously a lot less complicated than G1 Megatron.  The head is on a spring, so as soon as you pull the wrists out on each end the head pops up, pushing the arms down slightly. 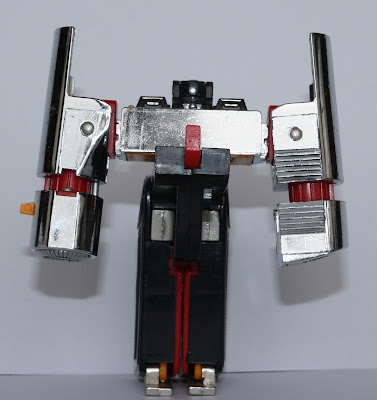 Great looking figure, lots of chrome with just the right amount of red and black.  It just comes off as an almost medeival robot figure with its simple, yet beefy shape shape (minus the two laser guns of course....which are really yellow as you will see two pics down, but for some reason turned out orange in these two pics). 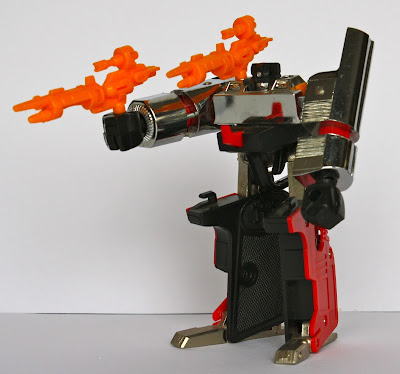 I have a KO version of Blaster whose weapon is a viscious moon bladed axe who would look fantastic beside this figure as they match the same time period. 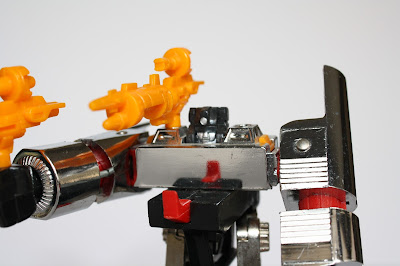 Posted by acdecepticon at 9:19 PM