I'm not sure what to say about these shelves so maybe I'll let the pics speak for themselves.  Hold on tight for this shit show of pics.... 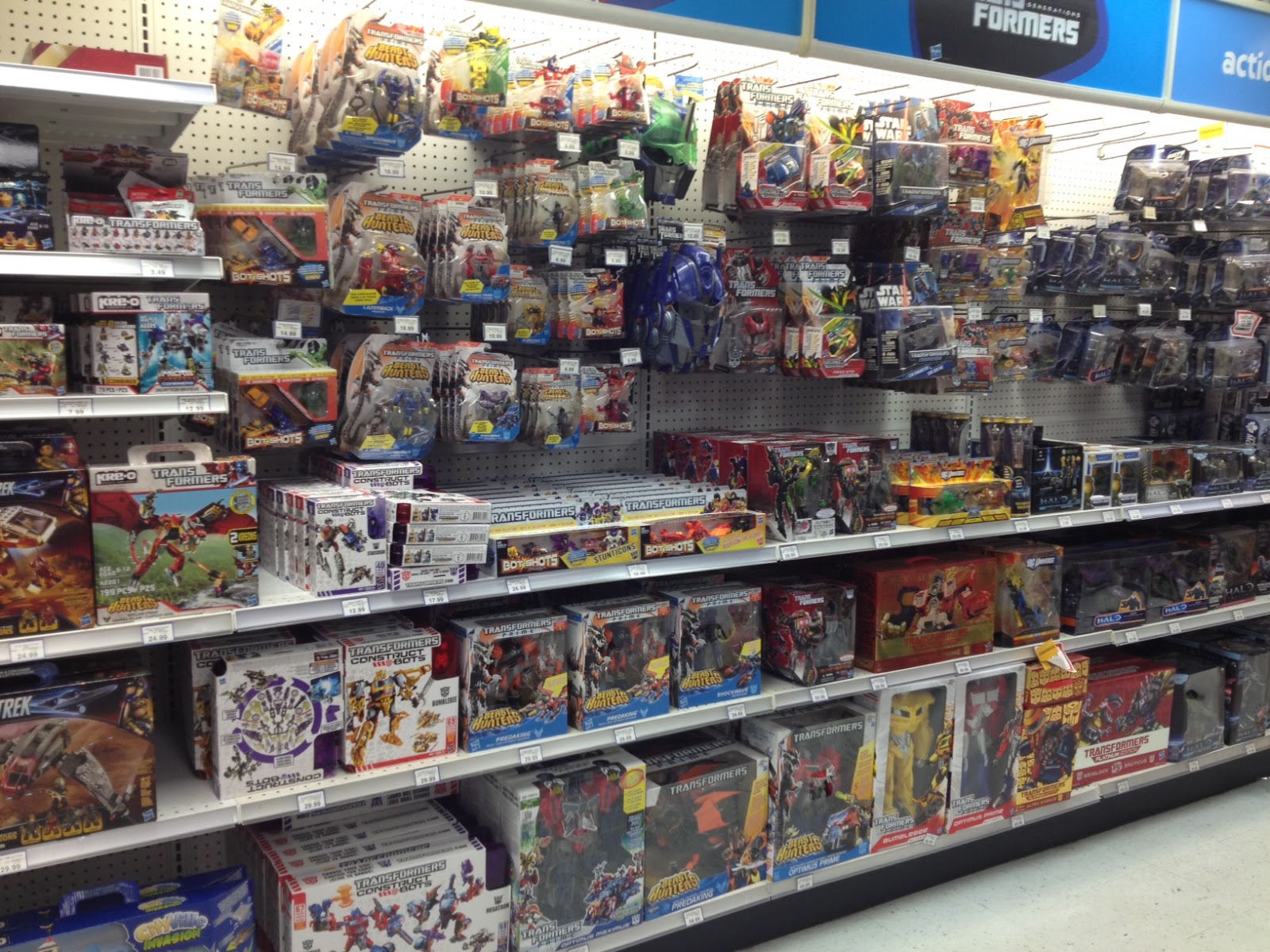 First off, here's the same shit that I see as soon as I walk down the aisle.  I always look at the bottom first since that's where they usually put the bigger boxes and the only good thing

coming out now it seems is the Masterpiece line....nope nothing. 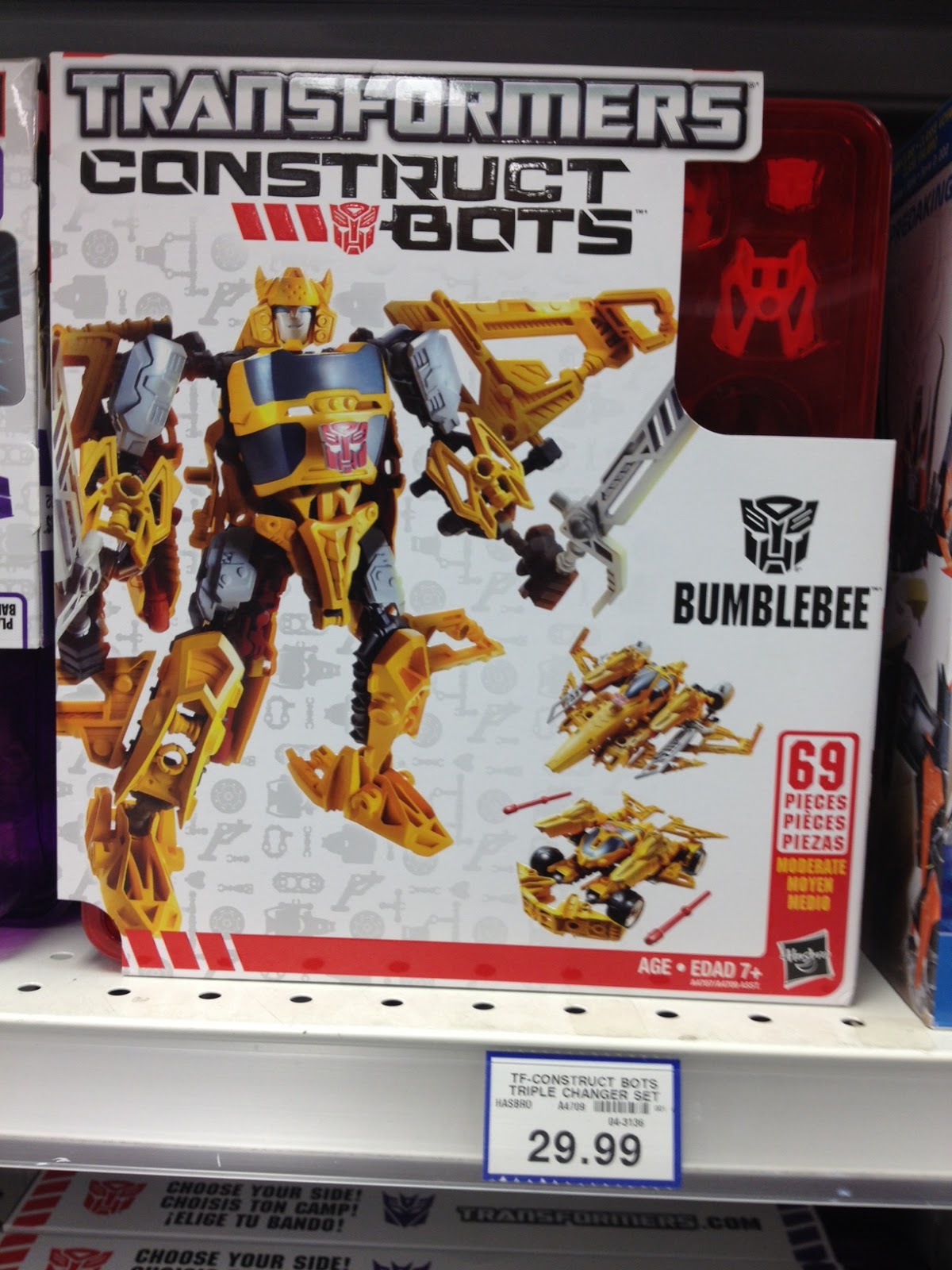 You know what I was just thinking the other day to myself.......we need some more Bumblebee's.  Well....we got some.....sprinkled with some shit on it.  I just don't understand it.   Why do they continually think that everyone's favourite is Bumblebee?  Even in the original when I was a kid I never really cared for him; one because he was so small,  two was he never had any firepower and three, he was a VW Beetle.  Now in this pic he also looks like you can put him into some kind of car and now a spaceship. 'F me Hasbro....'F me! 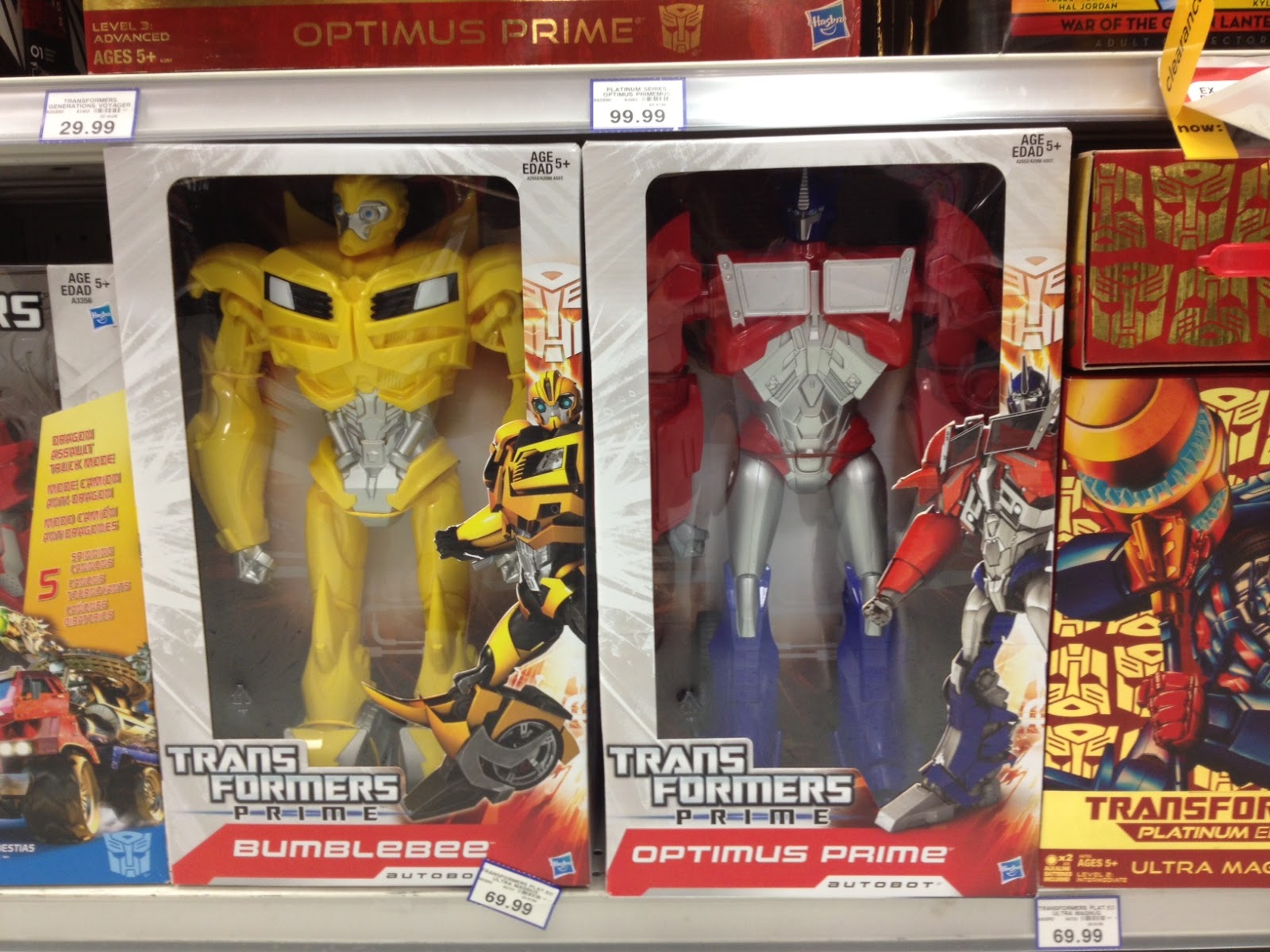 I was wrong...there were two new big boxes on the bottom shelves......TWO NEW BIG BOXES OF SHIT THAT IS!!!  Really Hasbro....have you completely given up on your original loyal base of Transformers fans.  I didn't even waste my time picking these things up to look at them but just from the pics they don't look like they Transform.   Great....lets give the fans two big dolls to play with.

I have the perfect ending to this posting.  After this usually disappointing display I had to use the TRU bathroom for a #2 (dump) so I walk into the first stall and someone had taken a massive shit and not even flushed the toilet.   I couldn't help but laugh to myself, and as I walked into the other stall I couldn't help but think how appropriate that was to what I had just seen on the shelves.

Posted by acdecepticon at 7:02 AM