For us who have already started, and for those who have not yet opened themselves to the fantastic new world of the IDW Transformers comics, I post this as a consideration on how to relive again, or start anew your love and appreciation for some old and new found characters.  (Thank you Maz for your inspiring post on the "Power of Fiction"). 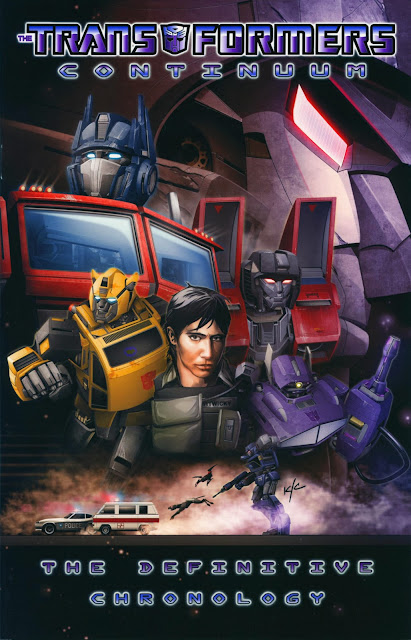 I've been a comic reader for as long as I can remember., mind you within that span of time, my interests have waned in and out.  I can't remember how or what made me initially pick
an issue up, but back then, (and I'm not that old), the internet barely existed for us, and it certainly wasn't the tool that we know of today, so I guess aside from playing outside, cartoons, movies, books and comics were all that I had in terms of entertainment to choose from.  I do remember that some of the first comics I did buy were Wolverine and Punisher mainly because of the darkness and seriousness of them.

So what does this all have to do with the Transformers?  Well, I'm not as up to date on all the timelines for TF comics that are out there as I would like to be….yet.  I was at the start, but like with some of my TV shows, I sometimes let them build up, this way I can do a marathon viewing instead of having to wait week to week for a new one to come out.

Since comics have a longer gaps between release dates, and with so many timelines (I'm not complaining; just means there is more to read) I can sometimes forget what's going on, so I tend to take  breaks, either intentionally or due to real life stepping in, and then do a massive read like I would a novel to get caught up. 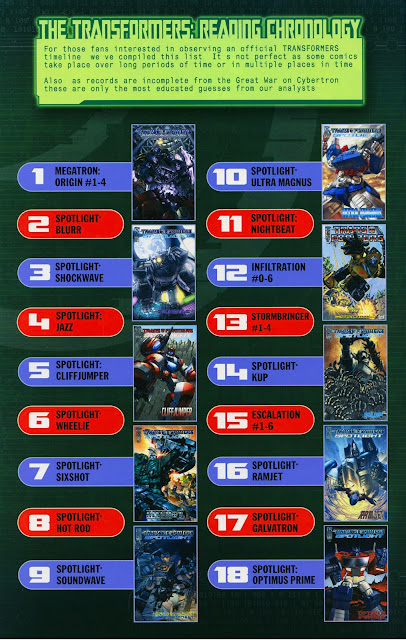 Much like Maz has done on his most recent post, "The Power of Fiction", commenting how he has, and has been himself, introduced to how great the line of IDW Transformer comics are, I've been trying to do the same to my friend "M".  He has decided to first finish his original reprint run of TF comics before coming over to this fantastic and fresh new take on some of our favourite characters. 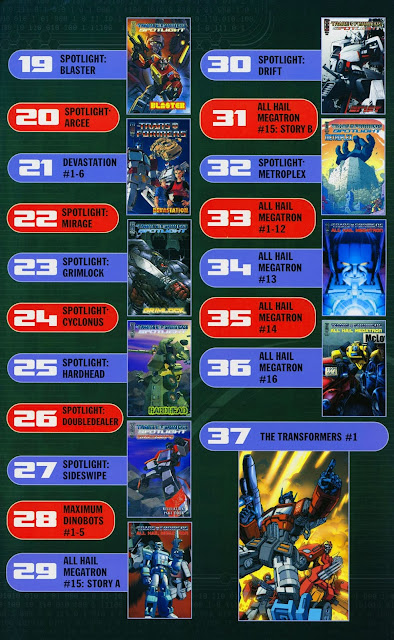 Even though I have already either started and completed, or half-completed some of these runs, I have tried this idea of going back and starting fresh by reading these runs in the recommended order of Transformers Continuum.  Though it took a little bit at the start to get used to the different artwork, once you get into it, you hardly notice the changes between issues, and the stories do mesh well into one another.

Continiuum itself is a good feeler if you have yet to pick up an issue and would like to see the new artwork and to grab snippets of different story arcs.

I know for myself, aside from the movies that have come out, these comics have done equal if not more in renewing my interest in the Transformers line, and for that, I am very appreciative.

Posted by acdecepticon at 5:32 PM