Here's a piece that's relevant to me since I have a son just about to turn two, and while he is a few years away from asking questions like this I'm sure it will come at some point.


SOUNDWAVE : "Ah ha!  Found them! Take a look at these things son!" 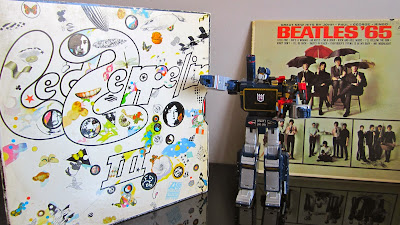 SOUNDWAVE : "Way back before there were cassette players, the humans used to listen to music on big things like these.  These are called records!" 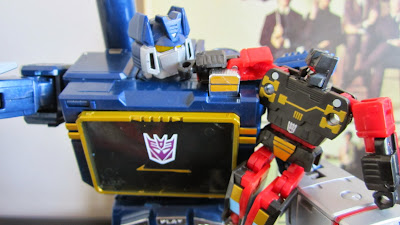 FRENZY : "Wow Daddy!  There so big!  Does that mean bigger is better?"
SOUNDWAVE : "No son.  I always told you mom it was how you used it that really matters." 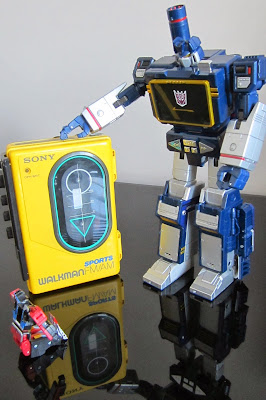 SOUNDWAVE : " Then, the humans switched to a portable device for listening to music
called a Walkman." 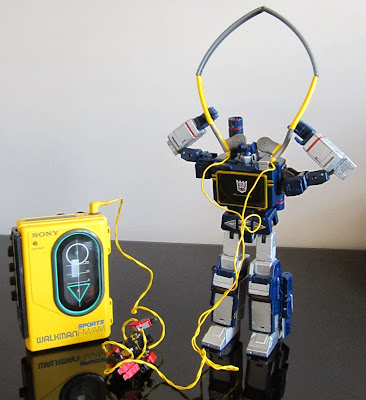 SOUNWAVE : "They would walk around like idiots with these silly things over their heads"
FRENZY : "Help, I'm all tangled up!" 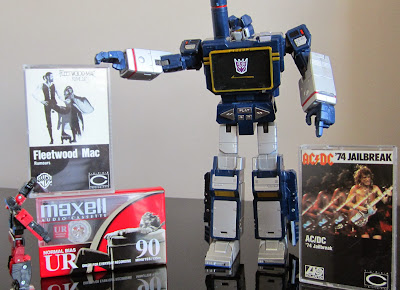 SOUNWAVE : "Someday son, maybe you'll record your own music and be a big star" 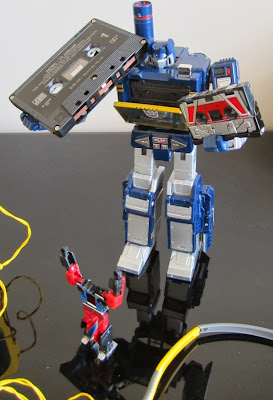 SOUNDWAVE : "Which one would you like to listen to son?"
FRENZY : "No, play me daddy! Play ME!" 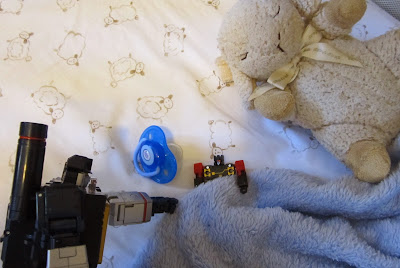 SOUNDWAVE : "That's enough for tonight son.  Get some sleep or you'll be tired for tomorrow's attack on the humans.  Sweet dreams. Daddy loves you!"
FRENZY : "I love you too daddy!" 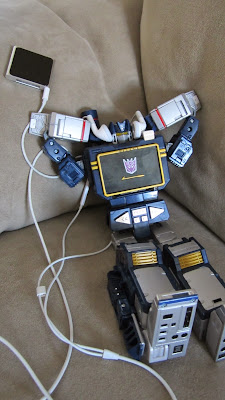 SOUNDWAVE :   *sigh*  "Sometimes I miss the way things were done in the old days…."

Posted by acdecepticon at 11:12 AM