I had received a call from a friend of mine regarding some questions about a Prime that he had picked up recently.  He had wanted to compare it to my '84 G1 version.  In going

through mine, we had decided to put together this quick little photoshoot of three "different" boxed Optimus'. 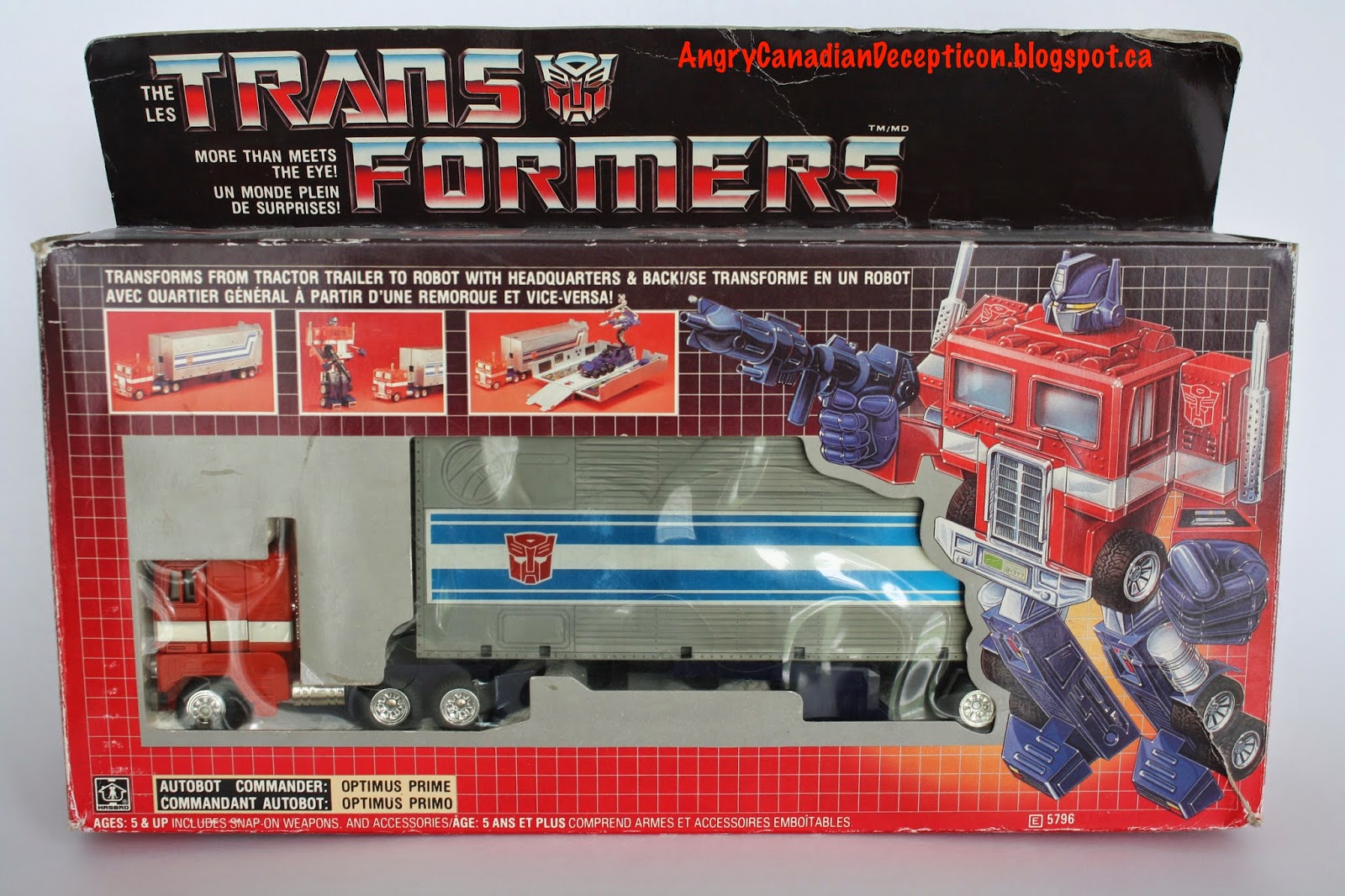 The original 1984 Optimus Prime toy was part of Takara's 1983 Diaclone toy line named "Battle Convoy". The toy's characteristics, such as the head design and the use of the cab front as the upper torso, have become design elements in nearly every incarnation and variant of Optimus Prime. This particular toy has been reissued multiple times, mostly to commemorate the anniversary of the Transformers franchise. 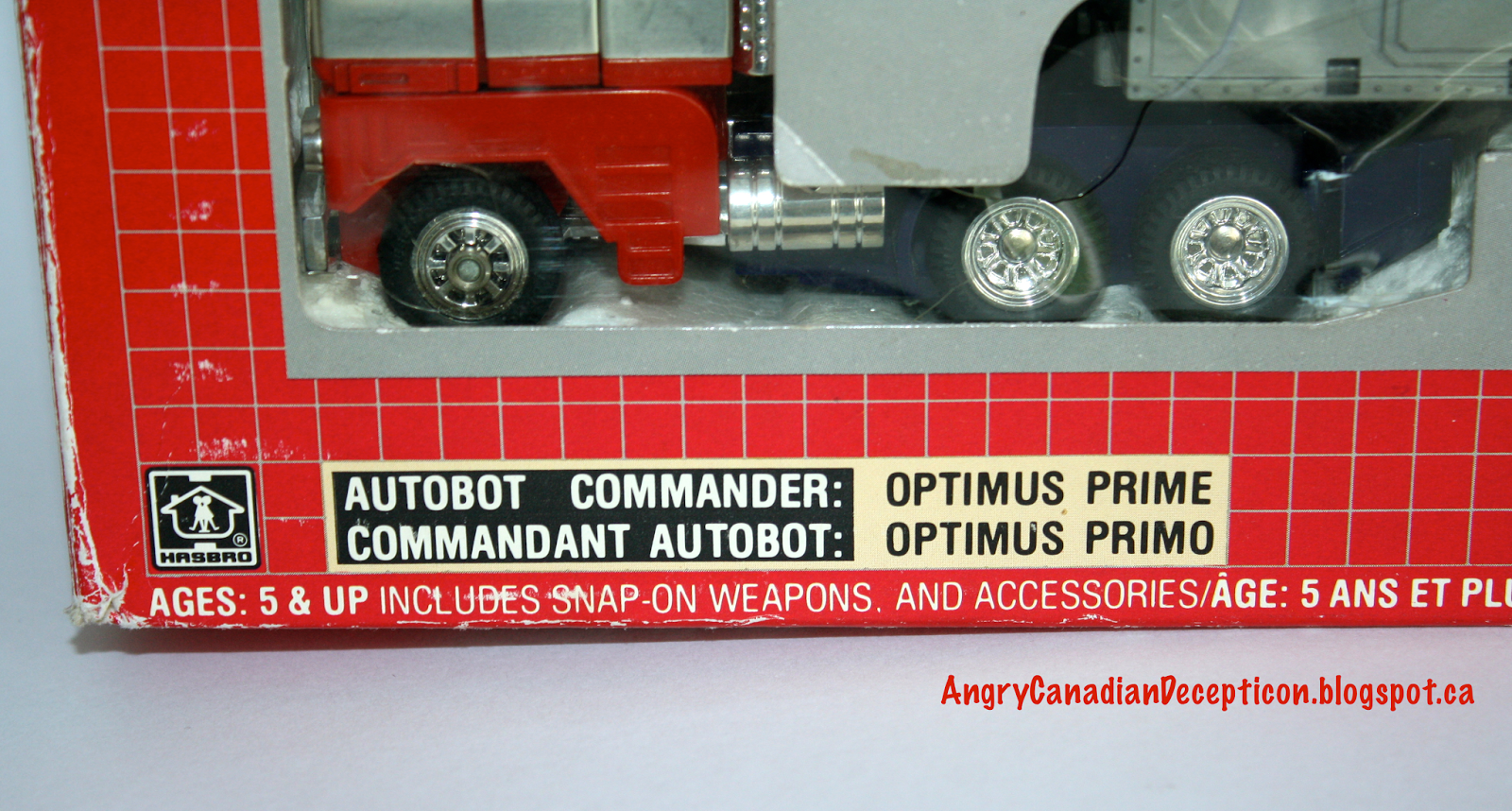 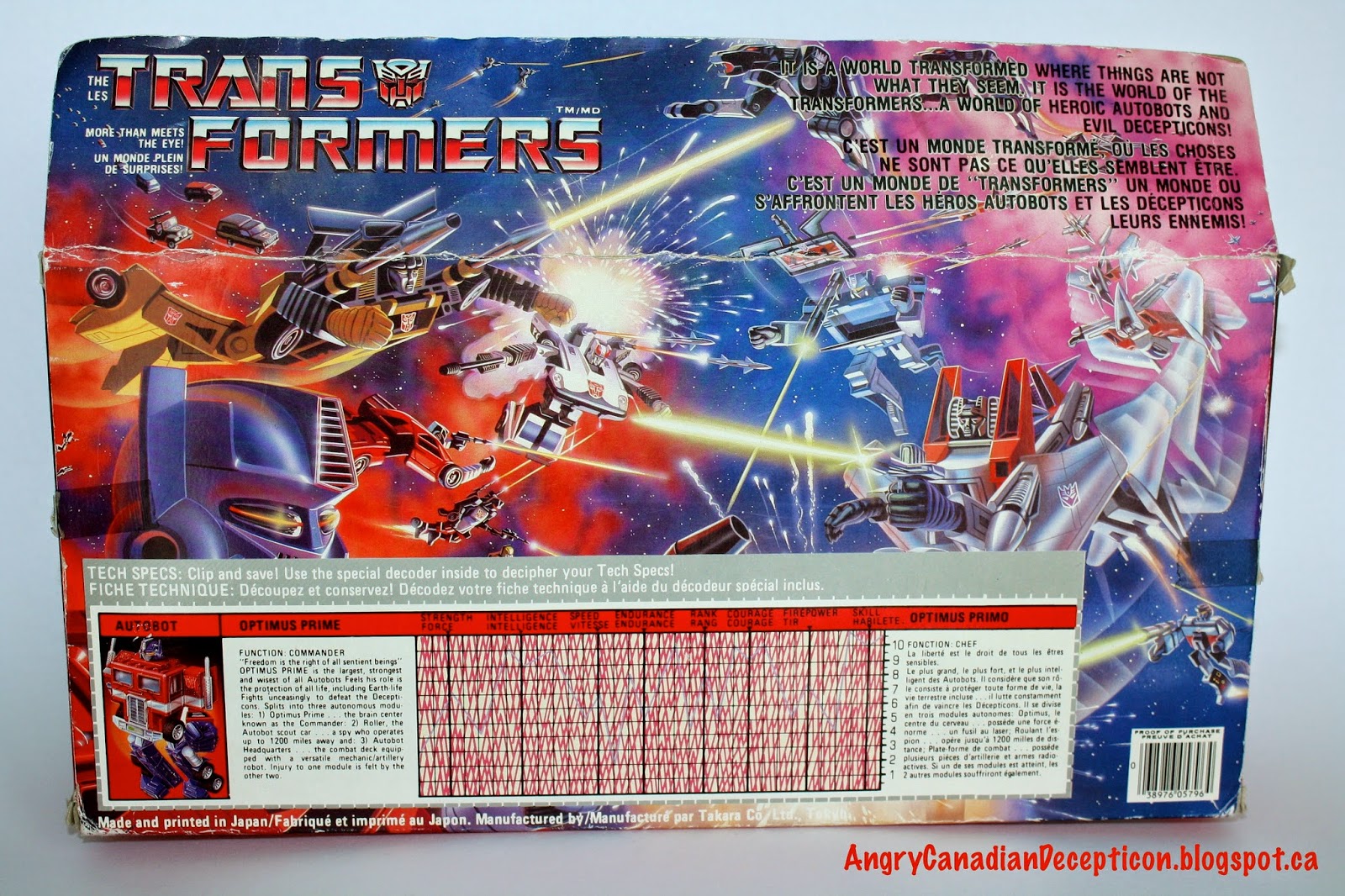 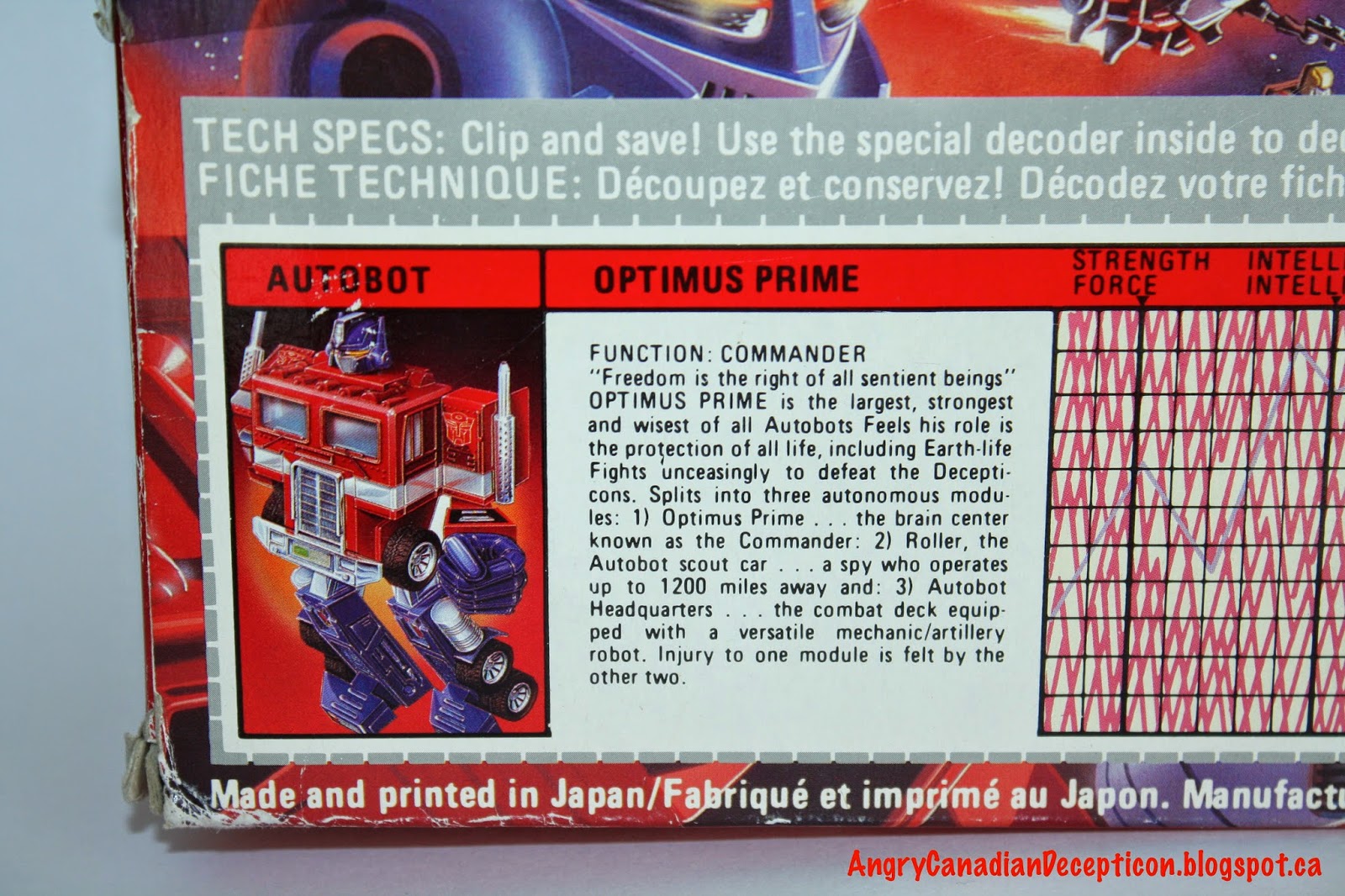 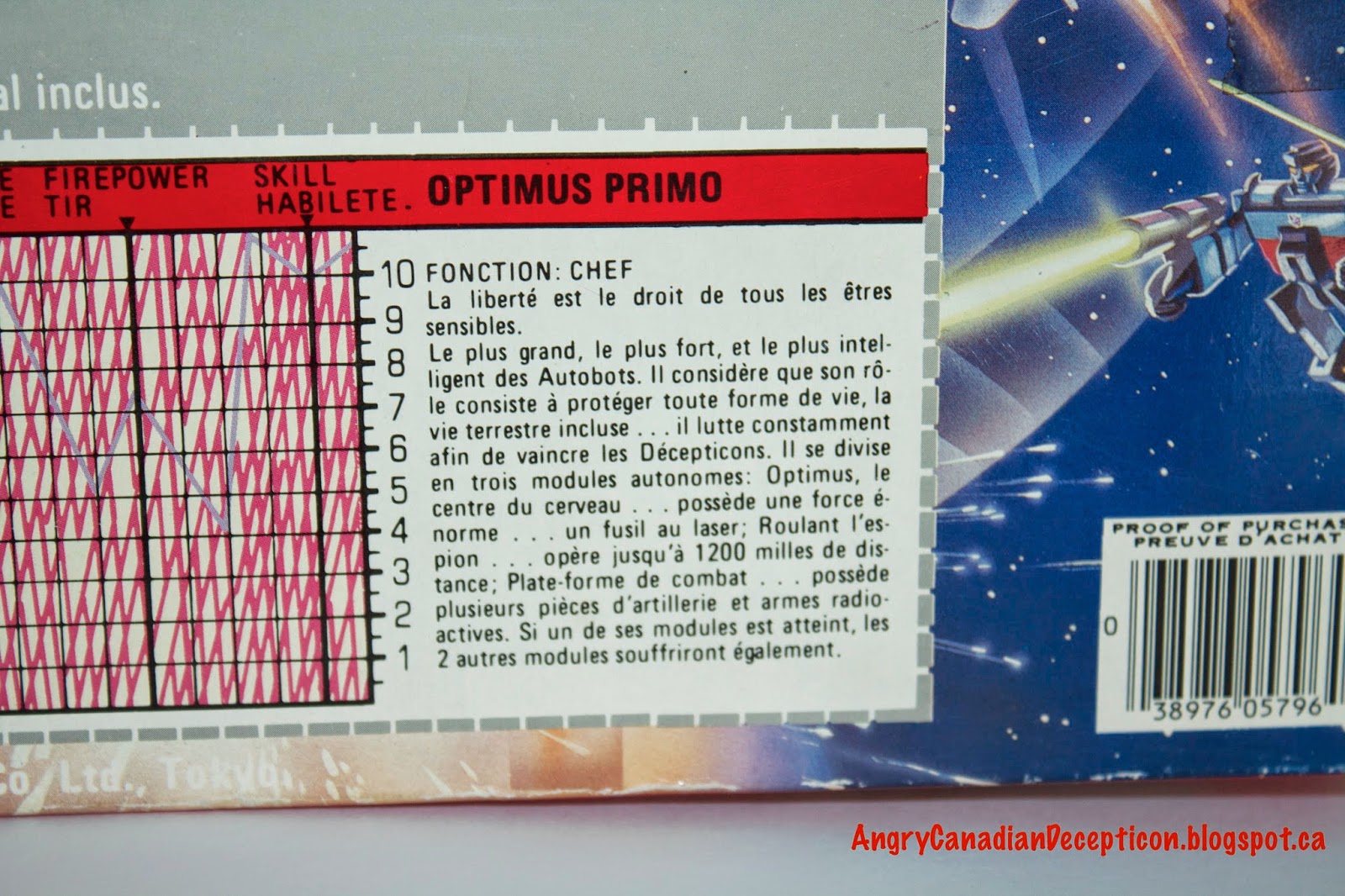 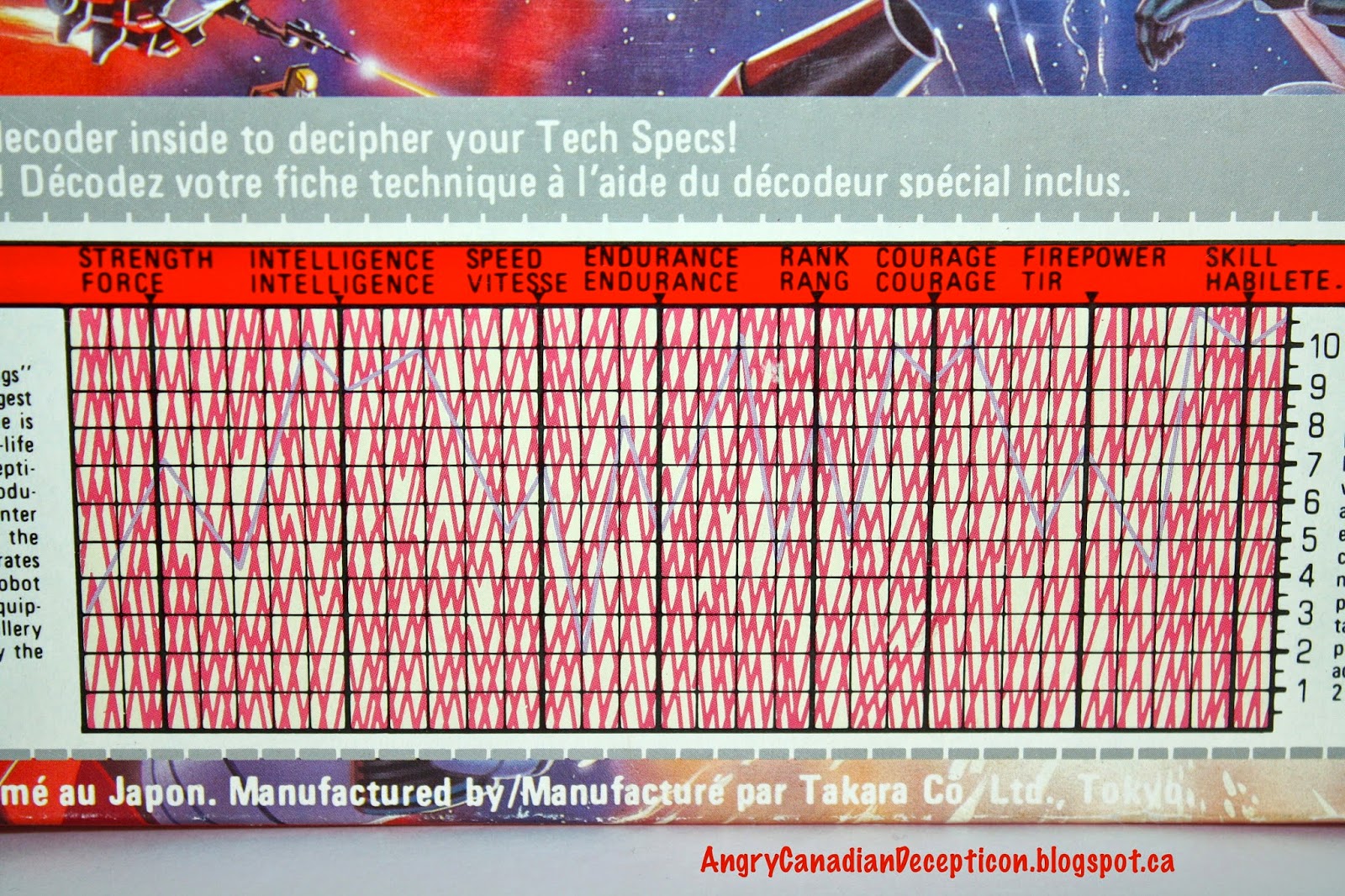 I always found that these Tech Spec stats made Prime out to be less impressive than he really is.  They certainly didn't follow these for the Euro release which are a lot more impressive.

This straight reissue of the original Optimus Prime figure was released in Hasbro's European markets in the early 1990s, 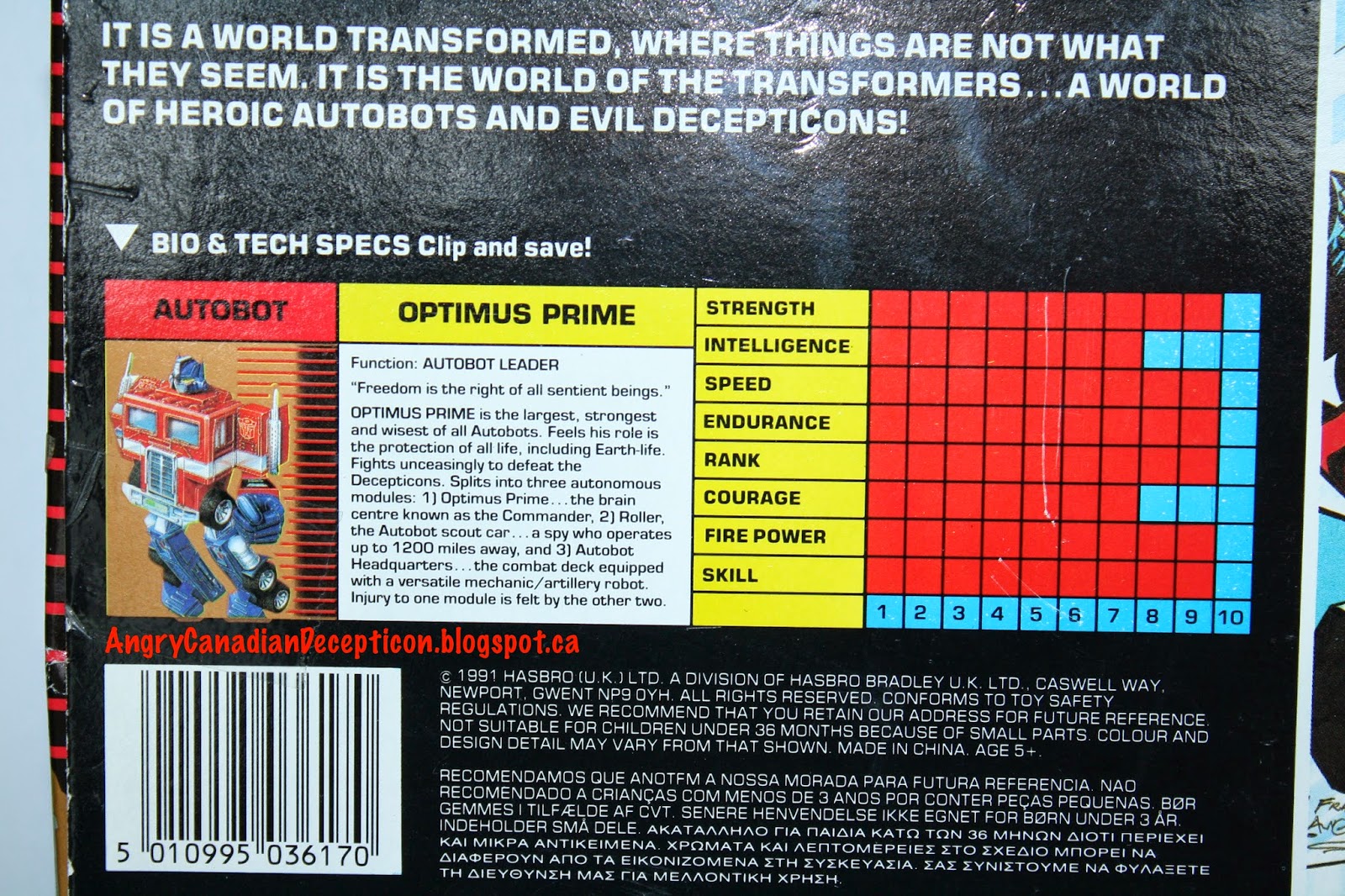 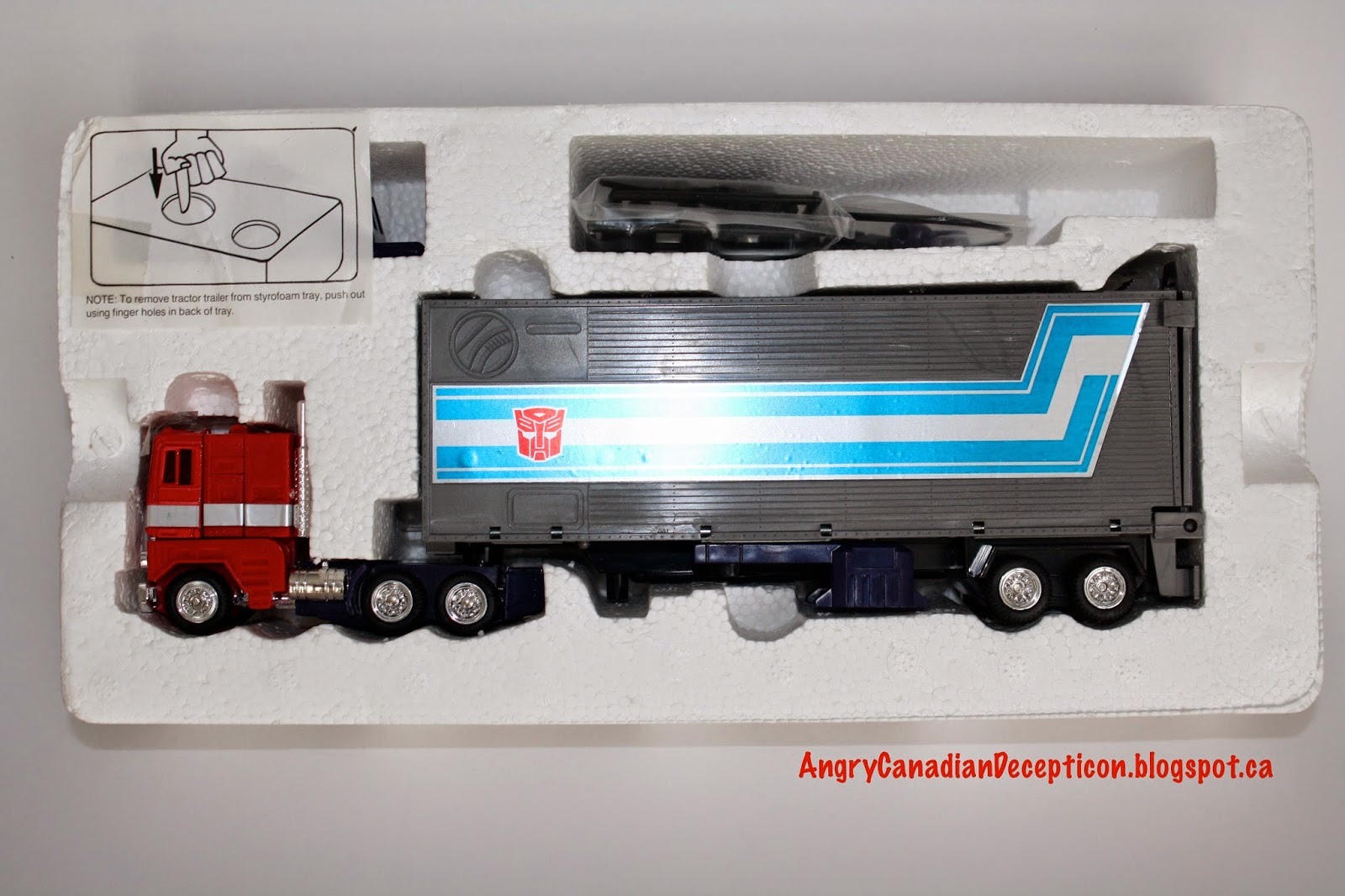 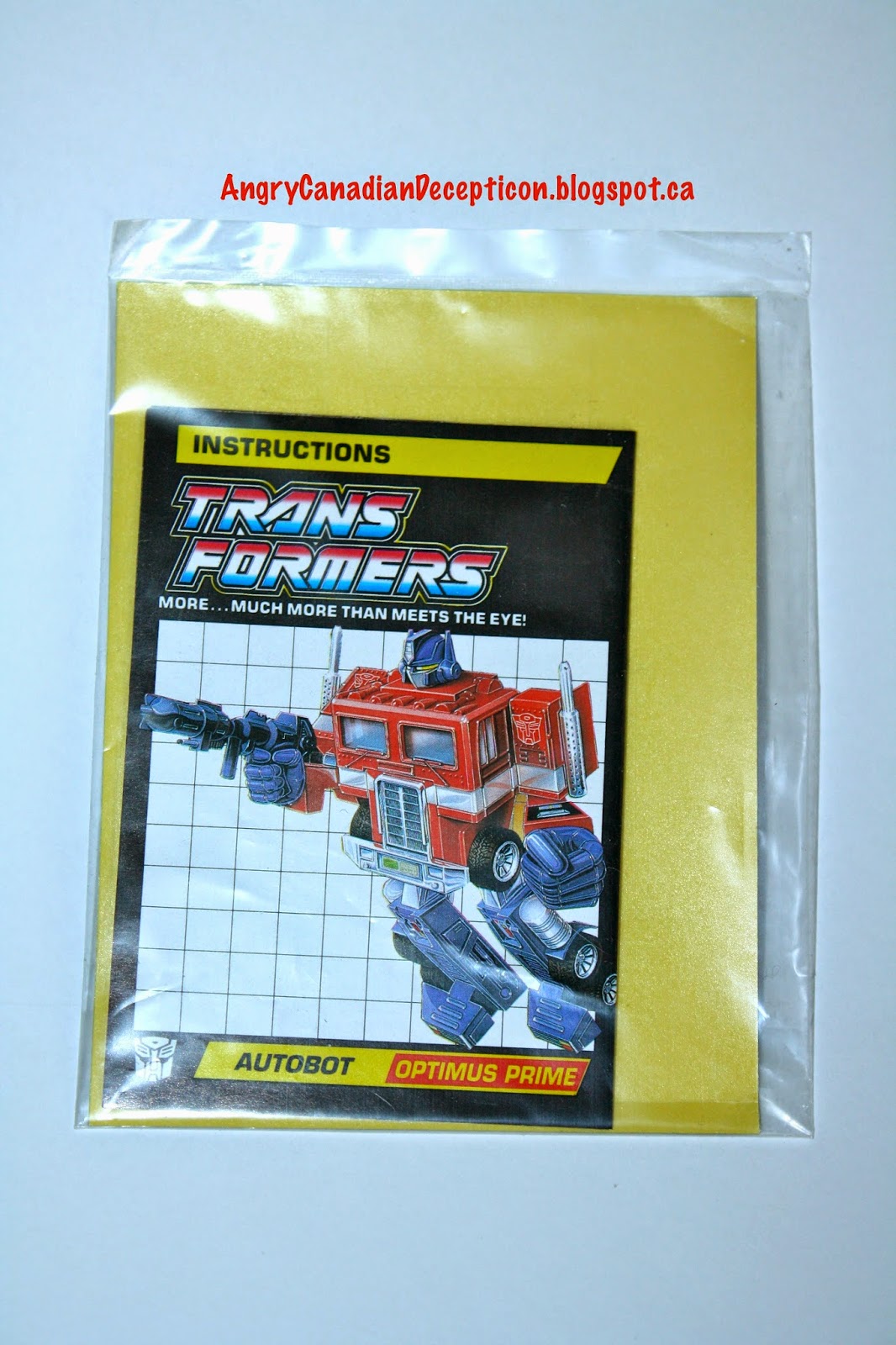 Optimus Prime was subject to several molding and color variations in his early days. The earliest release of the figure featured larger fists, a gun with a thick, round barrel, a slightly-differently shaped gas pump, grey rockets, a grey Roller, a grey launcher in his Combat Deck, and metal plates in the floor of the Combat Deck (a holdover from the Diaclone version of the toy, to which the magnetic feet of the pilots could cling). In short order, his fists were slimmed down, the gun's barrel was pared down to a more slender form, the gas pump's shape was altered, the rockets and launcher were recast in black plastic, the metal plates were removed from the Combat Deck, and Roller's color was changed to a light blue. Along with Roller's color change, however, the Combat Deck's drone pod also became light blue, and a third running change soon followed that saw it restored to its original darker blue, and Roller changed along with it. These modified components would become the default accessories used by subsequent reissues of the Prime toy would take, though Roller stills fluctuates back and forth between grey and dark blue, depending on how show-accurate each reissue wants to be. 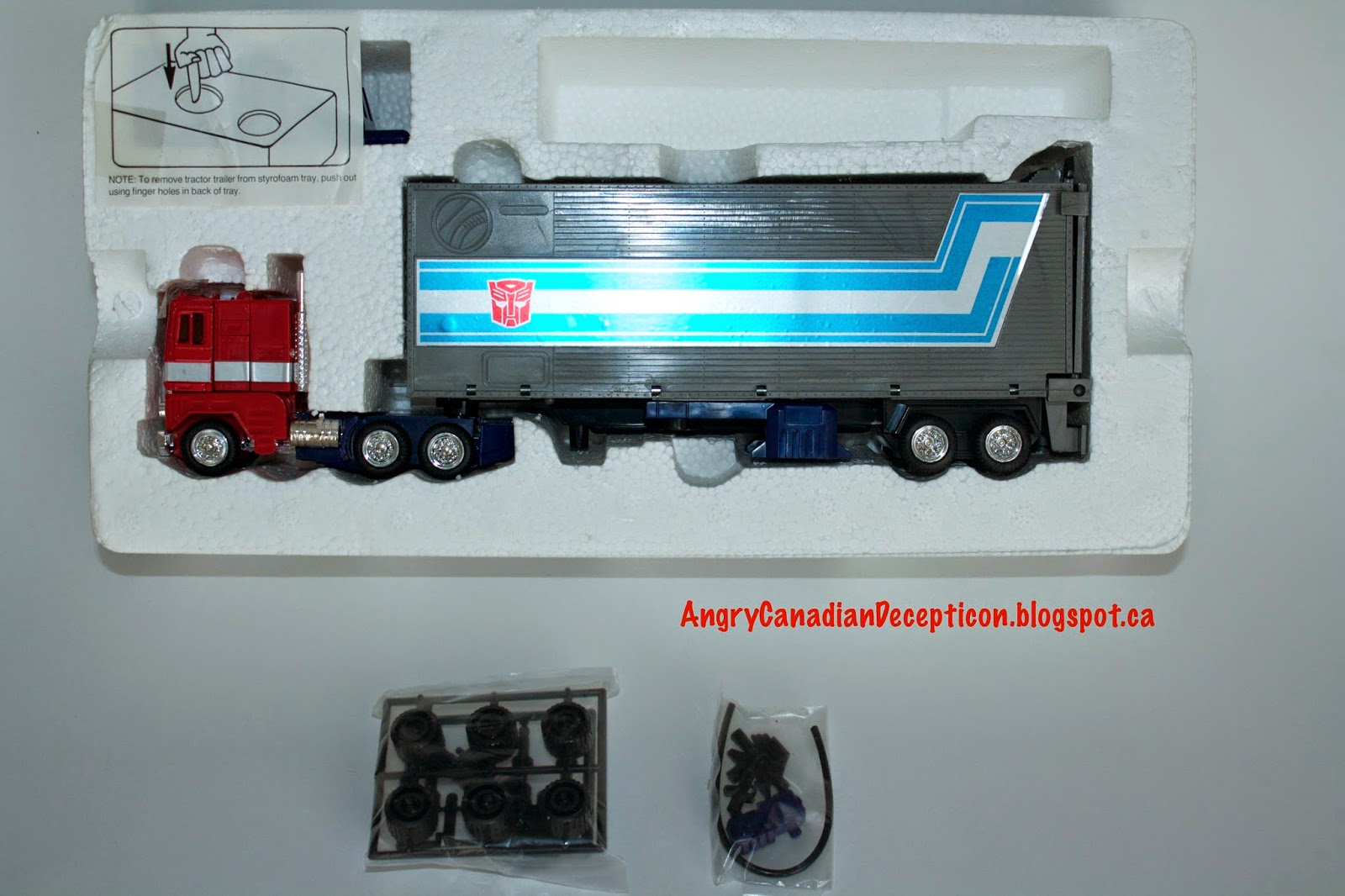 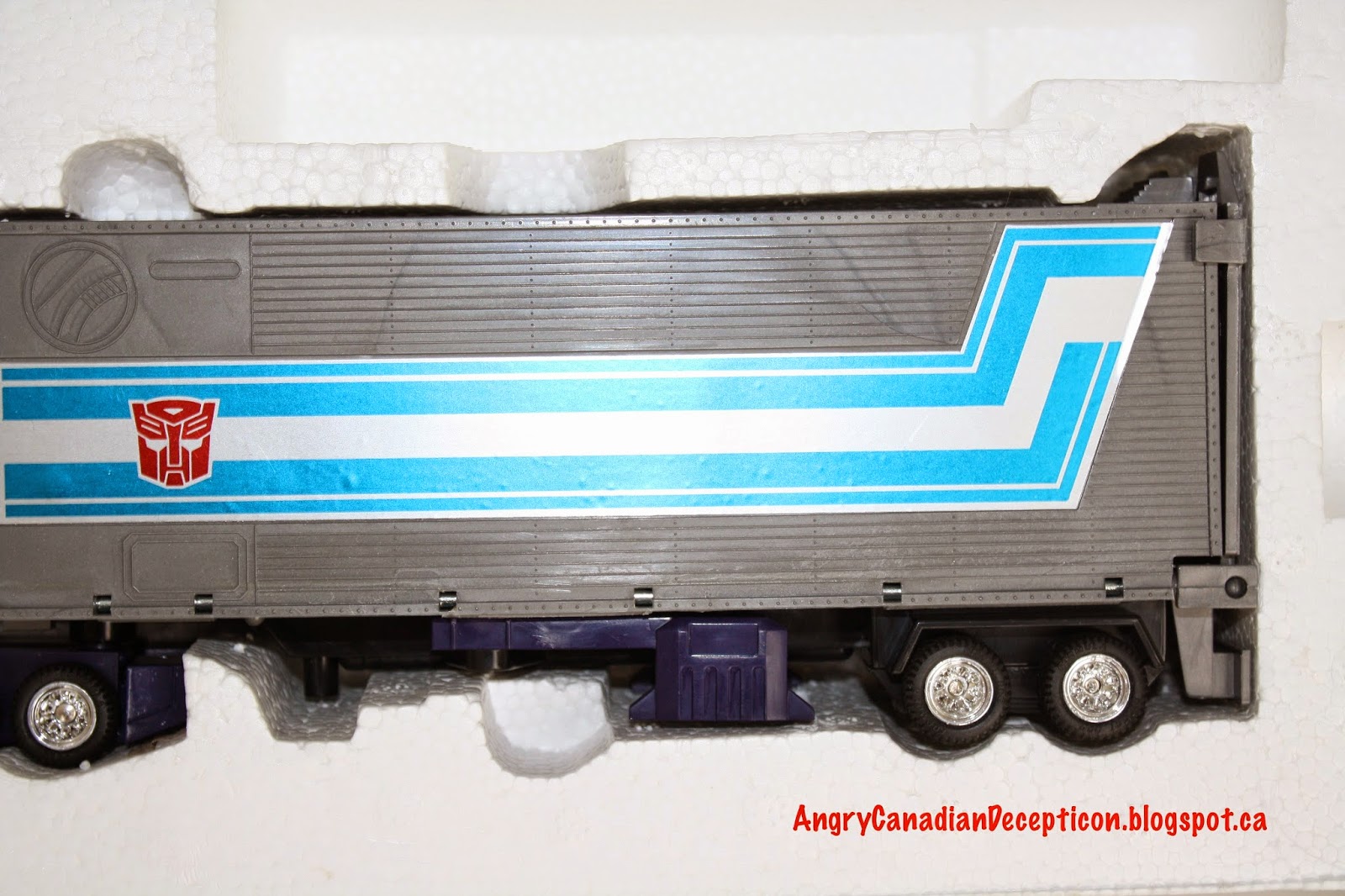 Easy to spot if you know what you're looking at, but this Optimus was now released with the stickers  on the inside of his battle trailer where the original version (below) has the extra holes in the middle of the trailer walls signifying the metal plated trailer floors.  This was carried over from the Diaclone line where the Diaclone drivers has magnets on their feet. 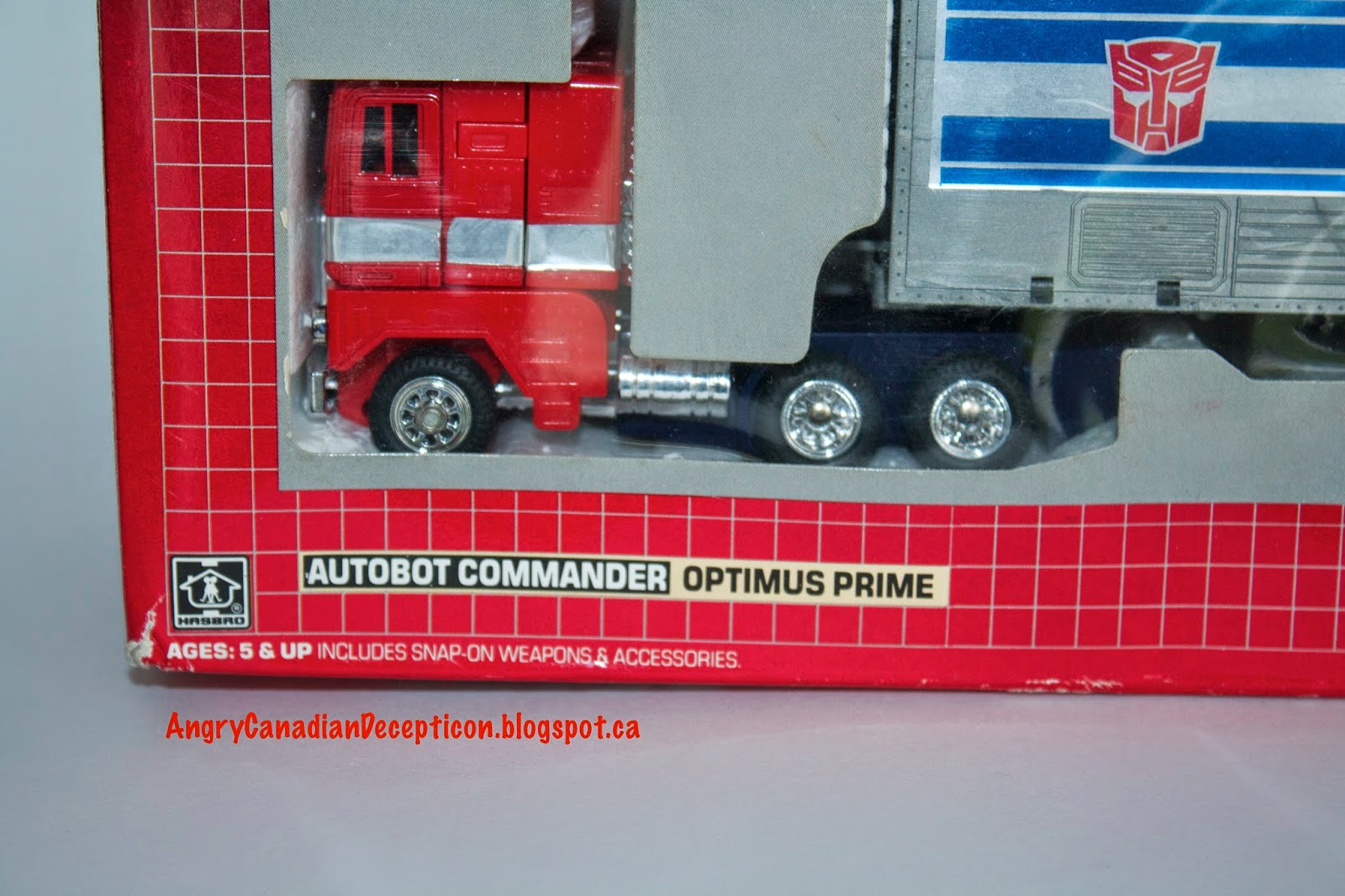 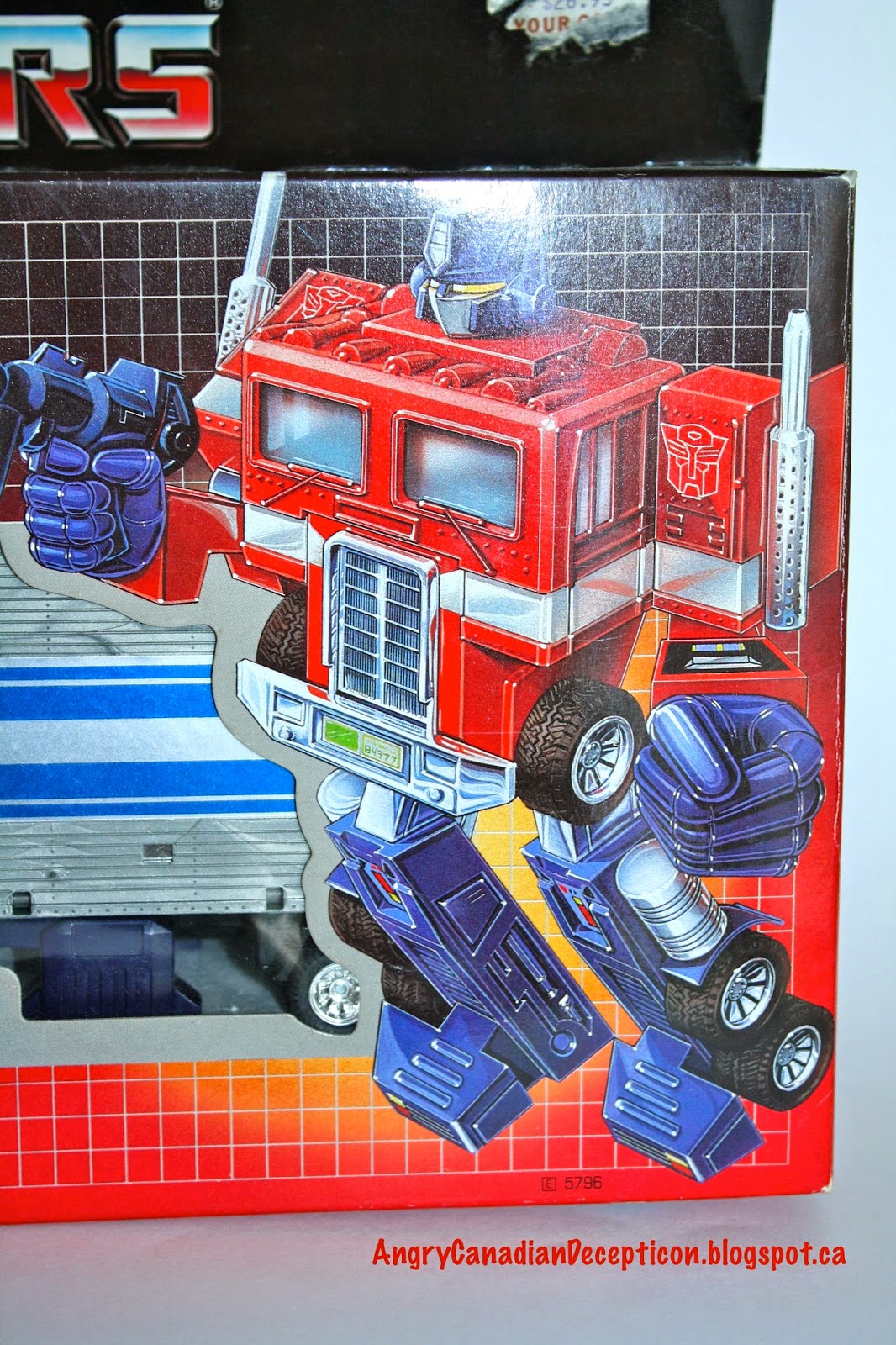 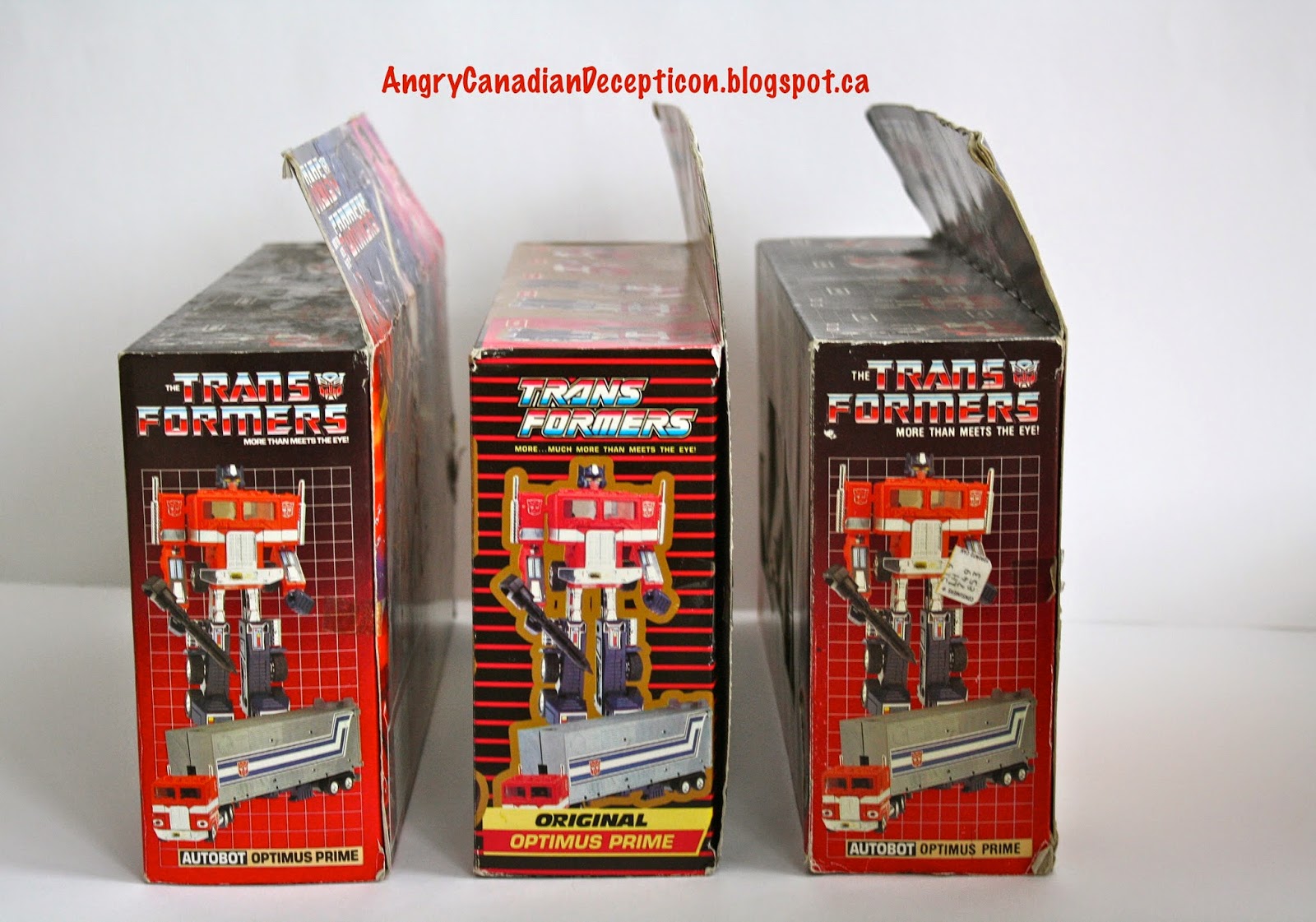 So this will be my last post until after TFCon this Saturday July 12.  Stay tuned for pictures from the show and if I get real lucky, I may come away with a few things.  Until then....

Thanks to "M" for his contributions.

Posted by acdecepticon at 9:44 AM