Digital Doom on the Highway to Destruction


This is another one of the small catalogs that I picked up in a lot.  Again, I would spend hours as a kid staring at these booklets deciding on which character I would buy next. 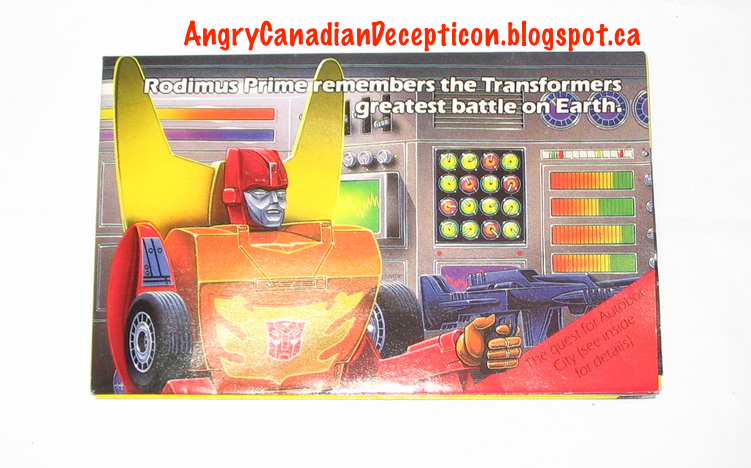 Digital Doom on the Highway to Destruction is a battle from the S.T.A.R.S. continuity portion of the G1 family. 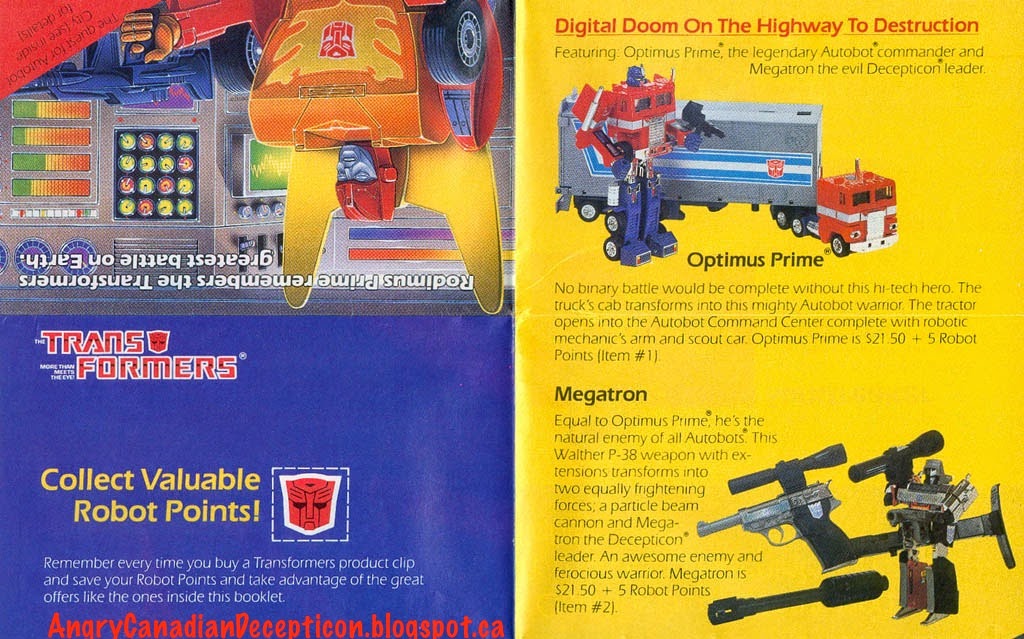 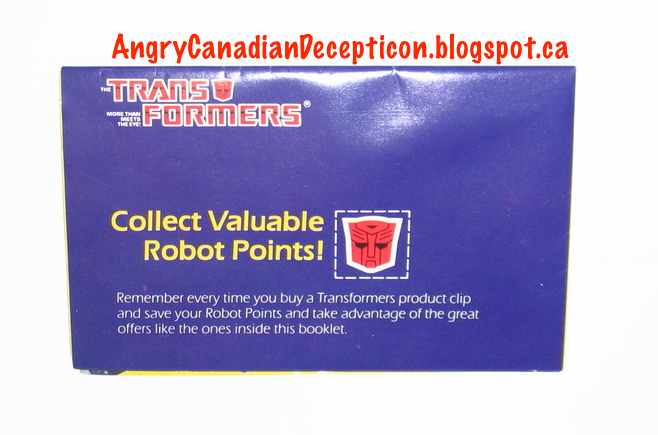 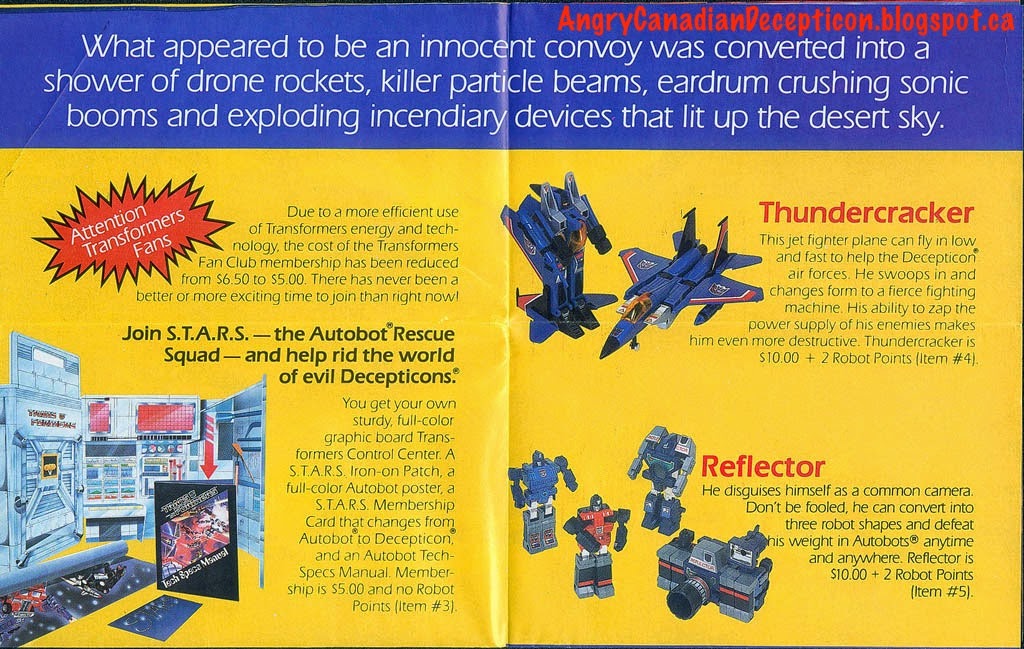 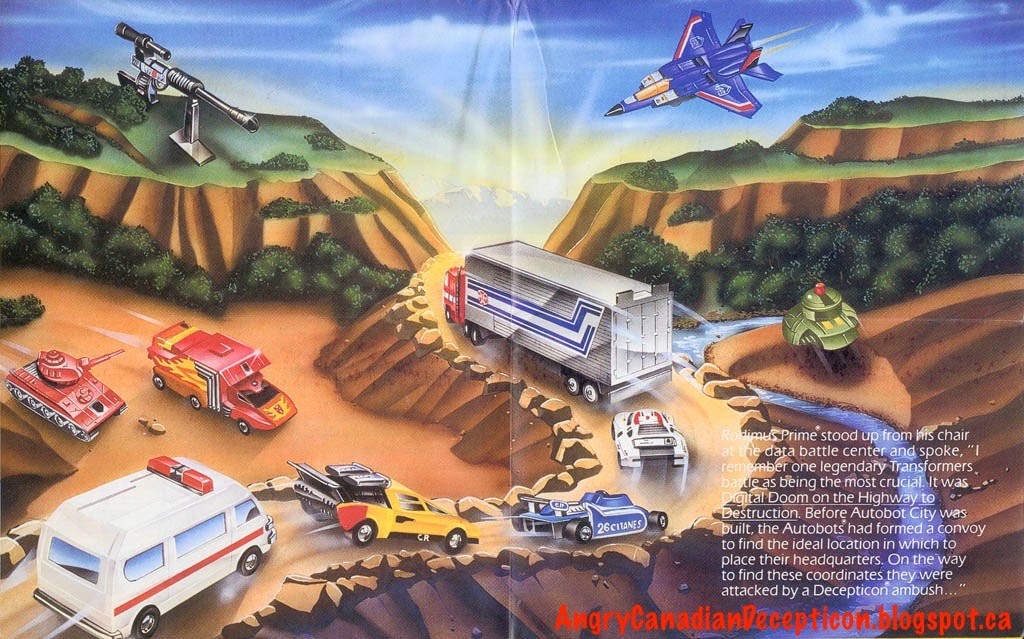 Deep within the data battle center, Rodimus Prime solemnly recounted the story of "the most crucial" Transformer battle for an unknown audience. This "legendary" conflict took place prior to the construction of Autobot City on Earth:
An Autobot convoy led by Optimus Prime set out to determine a building site for the city. They were ambushed en route by Megatron, the "death-dealing, menacing machine gun" and Thundercracker, "the energy-zapping fighter plane". 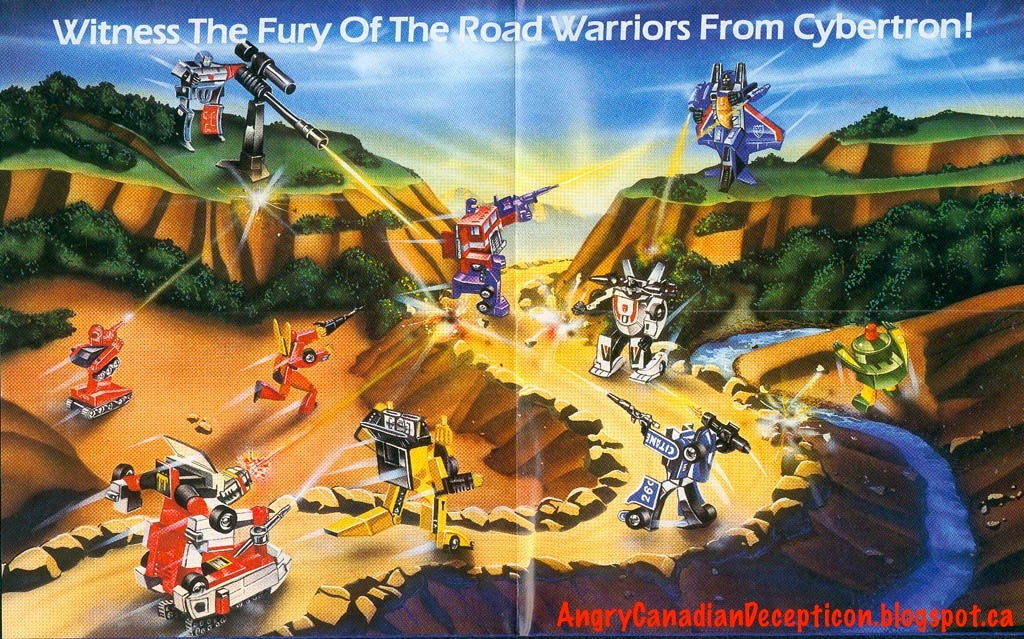 I could never understand as a kid why some of the characters looked so different than what they showed on TV.....or why Sunstreakers legs could never bend like that. 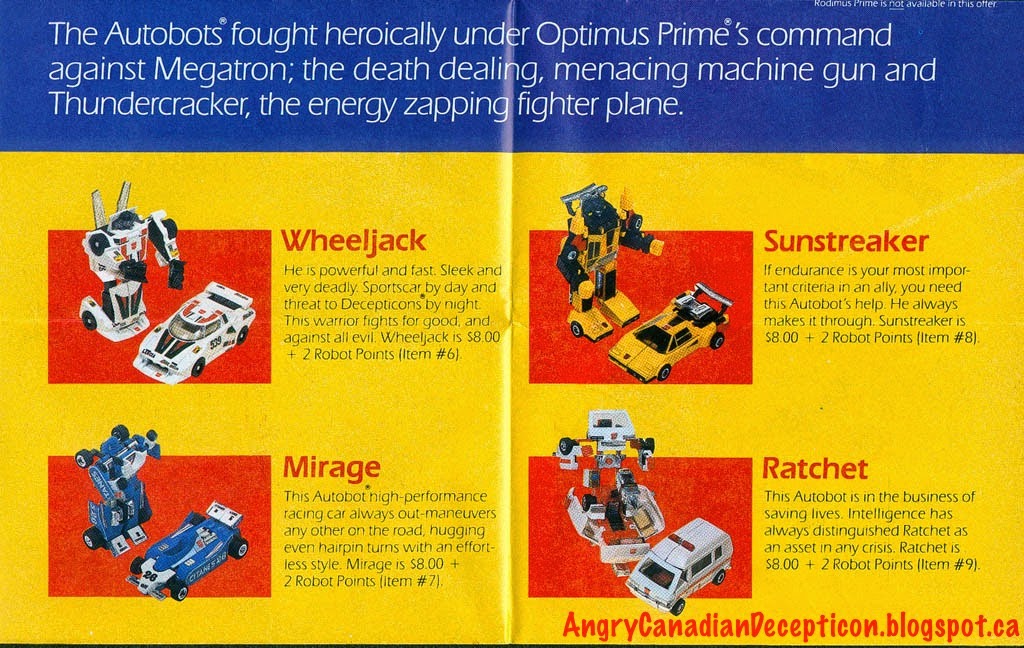 Thundercracker is described as being able to "zap the power supply of his enemies". This is the only continuity that gives him such an ability. 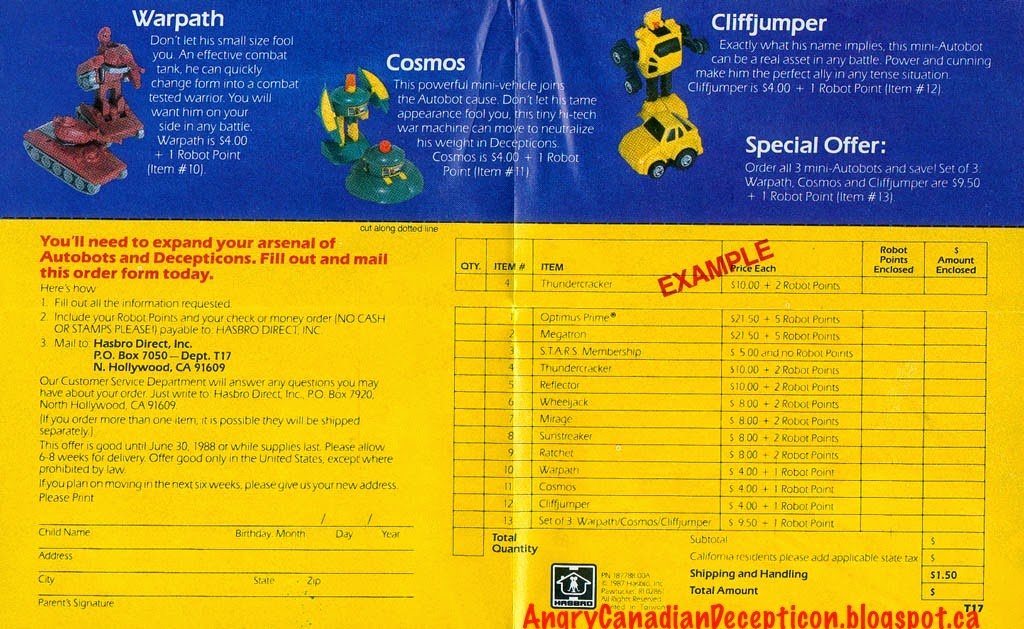 Posted by acdecepticon at 11:48 AM

Email ThisBlogThis!Share to TwitterShare to FacebookShare to Pinterest
Labels: Digital Doom on the Highway to Destruction, Rodimus Prime catalog