I was sitting on my couch tonight and my phone went off.  It was my buddy "M" who said he was at our local TRU and that they had finally received in a new shipment, albeit of figures that have been out in the States for some time now.  So he was asking if I wanted him to grab me an Autobot Springer since he was getting one for himself.  "Sure, why not"

Here's some pics he took for me while he was there today. 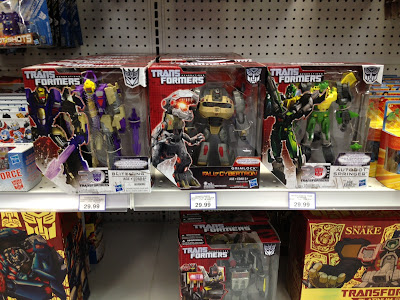 *sigh*  There's that horrible Bliztwing, and hollow-bodied Grimlock.  You know, I was really excited when I had heard they were finally doing any Bliztwing.....until this thing came out.  IF you want to see a small review on this figure check out HEROIC DECEPTICON's blog as he says enough about it and I will never buy it myself. 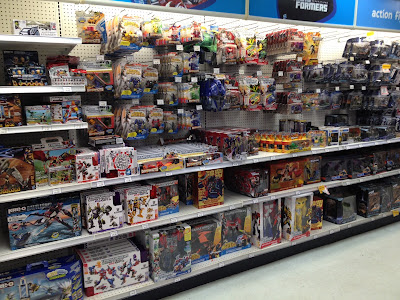 I've complained enough recently about my local TRU display shelving.  Today's Springer was the first nice surprise in a long time, but even with that, you can't put purfume on a piece of sh!t and tell me it isn't crap.  *sigh* I think I just need to resign myself to the fact that unless it's a Masterpiece figure coming from TRU, any good figures that they put out will be very few and very far inbetween.


Posted by acdecepticon at 5:24 PM