I have also included the list of all the previous Seeker molds that have come before Acid Storm. to date, I only have Takara's Coronation Starscream, and Hasbro's Thundercracker and Acid Storm. We'll see how things progress if I end up getting the other ones.  Anyway, enjoy the read and the pics.

MP-01 Acid Storm is a green and black redeco of the MP-11 Starscream and is sold as a Toys R Us Exclusive.  His designation of "MP-01" falls in under a new Masterpiece toy line designed for the international market.

The Transformers Masterpiece is a secondary branch of the Transformers line made by Hasbro/Takara Tomy.  They are recreations of specific characters, either famous or from key scenes.  The MP's are significantly larger than their originals, with more detail, more complex transformation processes, and with more posability, while maintaining the integrity of their original visage.

﻿
﻿
The first Seeker mold (MP-03) released back in 2006 was of course, Starscream.  He comes included with the following:

Starscream's colors resemble a McDonnell Douglas F-15 Eagle more than his cartoon/toy colors.  His head has a face switching gimmick to appear either straight-faced or with his iconic smirk that we all love so much.

MP-03 Starscream was again released in 2008 but this time it was given the moniker "USA Edition".  This was the cartoon-accurate version.  Takara's version of this model, though essentially the same as Hasbro's, used the original MP-03 unmodified mold while adding the Decepticon symbol to the nosecone along with a lighter color in the detailing.  The Takara version still used the same U.S. packing but had a Japanese sticker that translated into "U.S. Edition", instead of Hasbro's "Walmart Exclusive" sticker.

MP-03G: Ghost Starscream was released in 2010 and represents Starscream's ghost which appeared in two episodes in Season 3 of the televised cartoon series, and is made in a translucent mold. 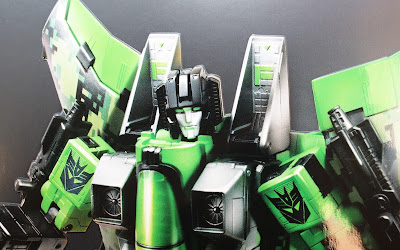 MP-06 : Skywarp was released in 2007.  This was a redeco on MP-03 and the only difference had to do with the alternate faces; this one now including a snarling expression.

MP-07 : Thundercracker was released in 2008.  This was a redeco of MP-03 and the only difference had to do with the alternate faces; this one now including a snarling expression. 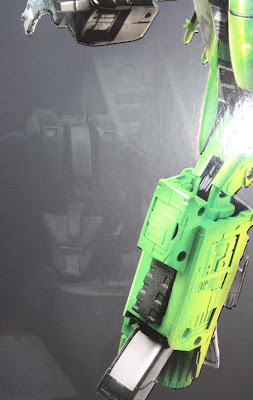 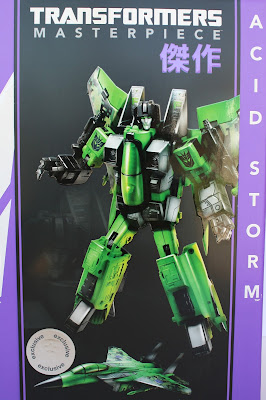 MP-11 : Starscream was an all new mold released in 2012 which restored the MP-03's original hip design, eliminating the extra kibble.  Also included : 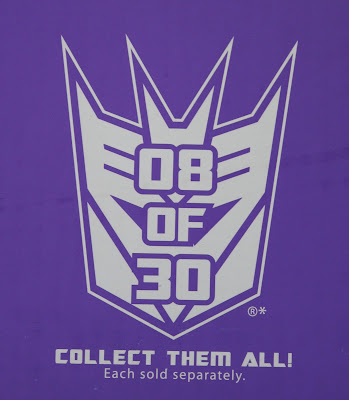 MP-11S : Sunstorm, releaed august 2012,  was an Amazon exclusive orange redeco of MP-11 Starscream.  This set had everything included except for the stand. 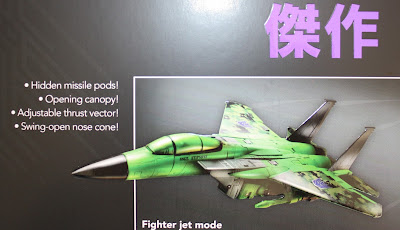 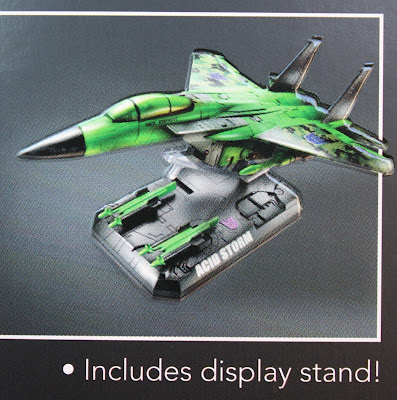 Posted by acdecepticon at 4:54 PM