I popped over to my friend's "M's" house on Friday and while he was showing me his TF shelf, he commented on how he was going to have to reorganize some things and put this or that away, so I figured this would be as good a time as any to take some quick pictures of some of his Predacons (yes, these are not all of them either).

So here is the overall display of what he had out. 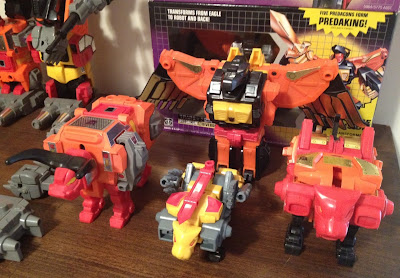 There's a small story here and I don't think "M" will mind me repeating it if it helps someone else from making the same mistake.
The reissues in these pictures were actually picked up by mistake by him from eBay.  As usual, anyone who gets soemthing OTHER than what they thought they were buying from a seller is always told "Buyer Beware" and that the buyer needs to do due diligence to make sure what they are getting is exactly that.
This particular seller answered "M's" questions as best as he could but "M" forgot to confirm whether the stamp on the figures said China or Japan; in this case it was China so that meant these were reissues.
Now, on top of what pics you see posted here, "M" still has a MIB 2004 giftset boxed Predaking (he did have a MISB version as well but he was gracious enough to sell it to me; I would have bought the MIB one off of him instead at a cheaper price and maybe actually enjoyed touching the figures but due to my OCD I had to get the MISB one).
Anyway, I had suggested to him that since he has way more patience than me and is good at searching and piecing together incomplete sets that he piece together the remaining figures and weapons to complete another Predaking, but like he said, "How many Predakings do I really need to have", so I think he's eventually planning on listing it on Kijiji for what he paid for it.
Lessoned learned as "M" said.....and as I'm sure that anyone reading this will agree, even the most seasoned collector will make a mistake every now and then.
﻿ 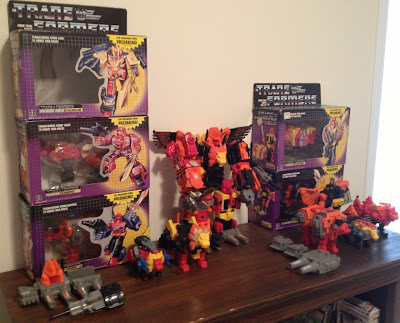 These next five G1 Predacon boxes "M" bought off of eBay recently.  The figures are very good along with the boxes and you don't really see all five together very often at a reasonable price.

I love seeing old price stickers on vintage boxes but it never ceases to amaze me what these things were selling for. 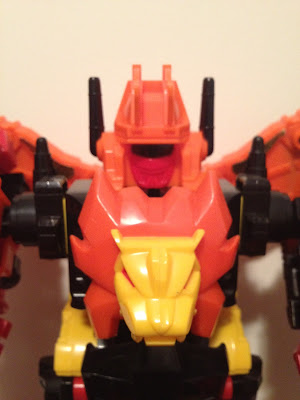 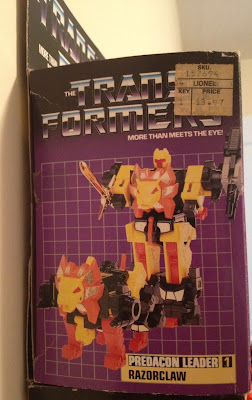 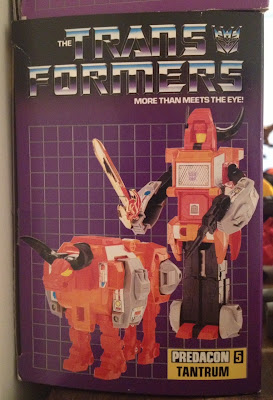 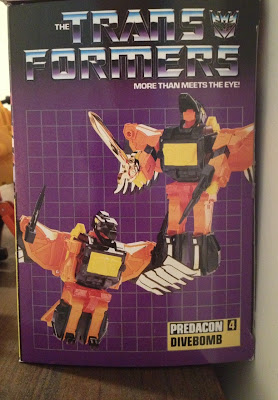 These KO's are another example of what I was saying before in that there are a lot of cool and well done ones made out there that are fun to play with and make a interesting display place next to the legit ones. 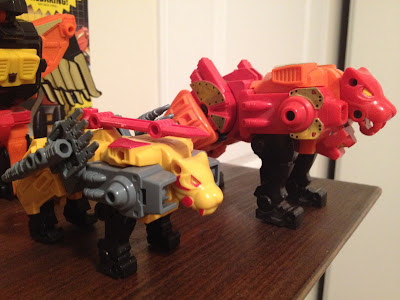 Here's all five mini Predacon KO's all together. Off of eBay at a really good price.
The seller is ghosthell1983_2.  Really good seller who just deals in KO's. Answers any questions and requests.
This is the link to his eBay link : http://www.ebay.ca/itm/TRANSFORMERS-G1-GESTALT-COMBINER-PREDAKING-COLOR-VARIANT-KO-NEW-MOSC-/161100359489?pt=US_Action_Figures&hash=item2582546741

Here's how the figures look in their original packaging (if you do order it, you must reuest to have it shipped this way otherwaise due to the overall size of it, ghosthell1983_2 will cut the circle into the figures respective card size). 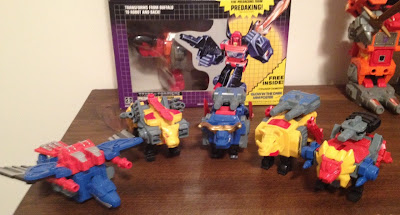 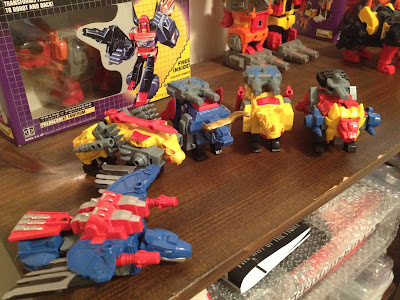 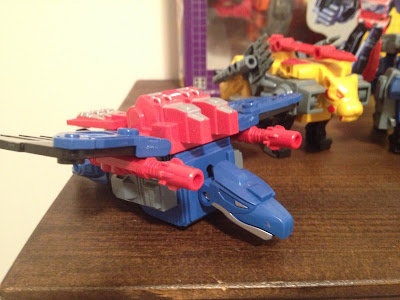 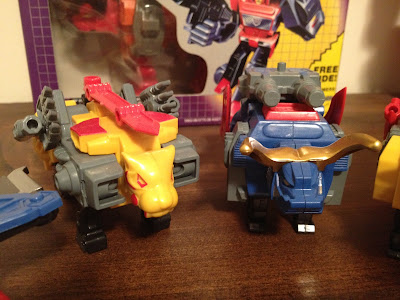 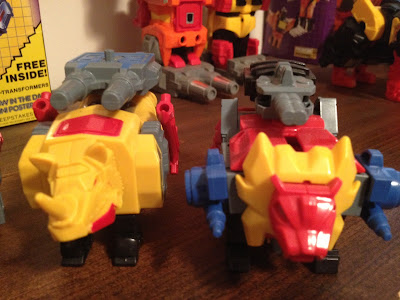 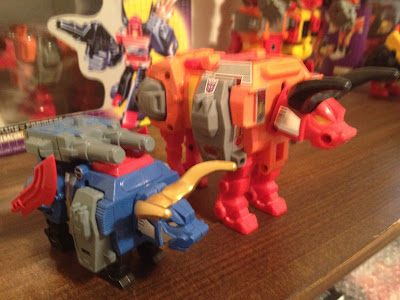 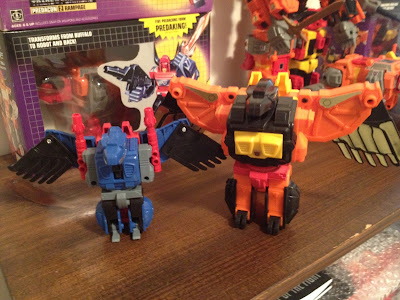 ﻿
One thing you will notice, other than the slightly different colouring, is that unlike the G1 figures, and excluding Predaking's feet which can be place on the backs of Headstrong and Tantrum, all the weapons for these mini KO's can be stored completely on all the figures.  It's the extra effort of little things like this that make KO's so appealing to me. 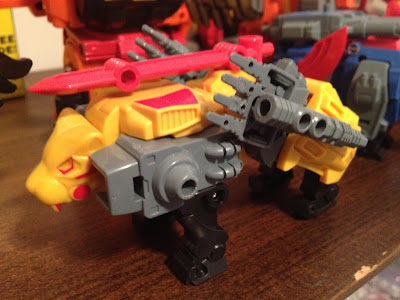 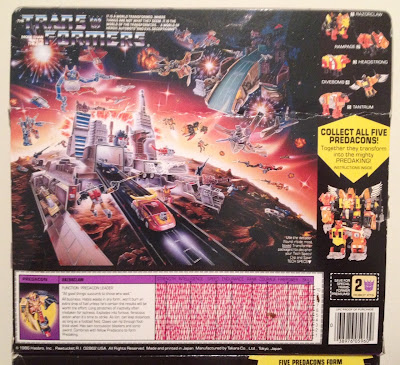 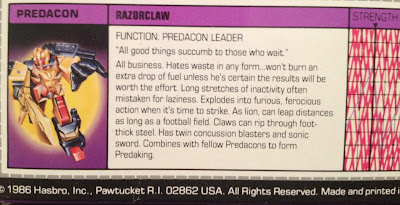 The only way I can think of ending this is by throwing this out to you....

"Is there really such a thing as too many Predakings?"