I picked this three box set up earlier this year from my dealer friend "E" for $20.

﻿
These are part of the Transformers candy toy series produced by the  Japanese confectionary company Kabaya.  Each individual toy is basically a snap together model kit with a sheet of stickers for detailing.

These three toys were brought out in 2012 and were part of the Wave 6 release.  Made from red, black and blue plastic, each can transform into robot, vehicle and base modes, and combine to form Big Powered. Dai Atlas's shield and "Powered Cutter" weapons are included as extra pieces with Sonic Bomber and Road Fire.

Big Powered is the combiner form of the three firgures Dai Atlas, sonic Bomber and Road Fire.  According to some info I found, Big Powered can travel at a maximum speed of "9999 Powered Knots" (whatever the conversion rate is for this, it sounds fast), and emits a rainbow when traveling through space....only in Japan!  Hell, is there any other way to travel?  When I'm driving on the highway butterflies fly out of my muffler so why not a rainbow...mind you, I do drive a Mazda). 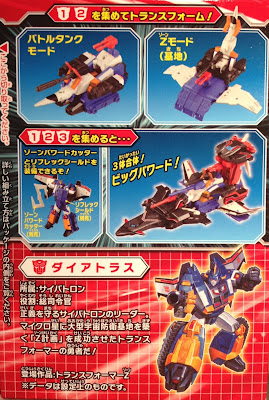 Dai Atlas took over after Star Saber as Supreme Commander of the Autobot forces. A skilled swordsman, his prowess with a blade is considered almost equal to that of his predecessor.  The word "Dai" is a Japanese word meaning "great" or "big", and can refer to physical size, rank or prestige. 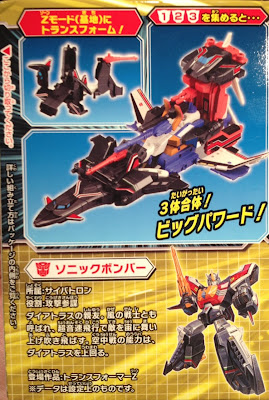 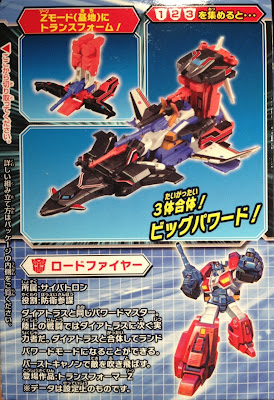 Road Fire is usually a gentle giant. Despite his enormous size, strength and skill, he remains friendly and good-natured to all around him. Until the fighting starts. Once battle breaks out, so does a much more hardened Roadfire, willing to go all-out to defeat any enemy and fight to the bitter end.
He combines with Dai Atlas to make Land Powered, or with Dai Atlas and Sonic Bomber to form Bog Powered.

Here's how they look individually.  Unfortunately I don't think I'll be putting these guys together myself so here's a pic I found.  My bud "M" has put together a few Kabaya kits himself and he seems to really enjoy it.   The last kit he grabbed I believe contained Hot Spot and the new versions of the Protectobots to form a new version of Defensor names "God Guardian". 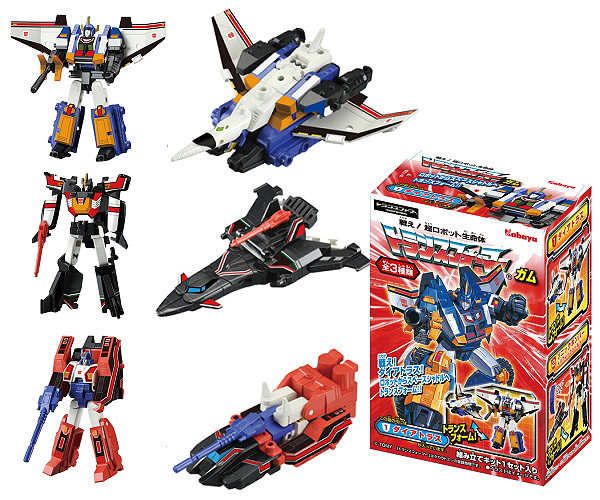 My only other Kabaya kit is the Fort Max DX Full Set.  This was the first set I grabbed, and I did open this one only to really see what the hell this stuff was all about.  To be honest, the last time I put model kits together was probably over 20 years ago and I had only bought it based upon "M's" recommendation.  I'll get around to putting the Metroplex together at some point.