Here's one more piece from "M's" collection.  I took this one at the same time I did the      MC-20 Micro Scope back in December and I finally had the time to put it out now.  This was a $199 "Buy It Now" purchase from eBay.  Again, as I've stated in the past, I only put out the prices to try and help people to calculate how much to pay for items.  I never say that I always pay the best prices because soemtimes you come across rare pieces or maybe its the final piece that you need to complete a portion of your collection so you end up paying more.  It is what it is. 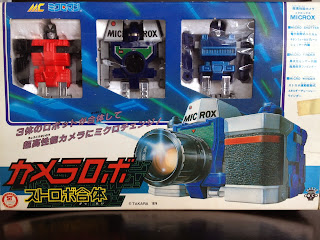 Microx transformed from a camera to three robots, called Micro Winder, Micro Finder and
Micro Shutter. The Transformer version was only sold as mail-order exclusive and was called Reflector.  Reflector was simply repackage of Microx with some new stickers. The "MICROX" sticker was change to "REFLECTOR" and the sticker on Micro Winder chest and Micro Shutter pelvic were removed since they had Microman reference on them. (Tiny "MC" logo badge).   Those individual robots were called Spectro, Spy Glass and Viewfinder.  Reflector was sold only as special premium mail-away figure for the US Transformer in 1986. The missile launcher feature on the flash was remove from the Transformers version.


A fake version of the Microx was sold in the US in a english version of the original Microman box. It's often mistaken for Reflector or Microx, so be careful when you buy one.
﻿﻿ 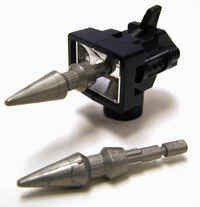 The set comes with two gray missiles which can be combined with the flash to turn into a secret missile launcher.

MC-05 Microx was released in 1983 as part of the early Micro Change Series. 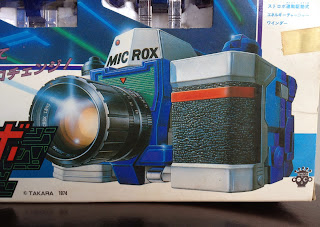 The design of MC-05 was most likely came from the New Microman - Micro Robot Series from the previous years.﻿ 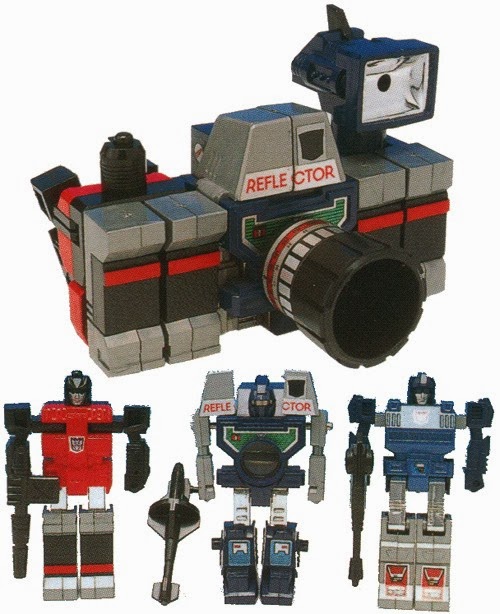 Reflector was first sold in Japan in 1985 as an ordinary retail item. However, Hasbro delayed selling him in the US until 1986, and only then via mail-order from a direct-mail flyer promoting The Transformers: The Movie. (This came just as the character was being fully phased out of the fiction.) The toy would be a common offering in pack-in flyers from then on, at a cost of $10 and two Robot Points.
﻿ 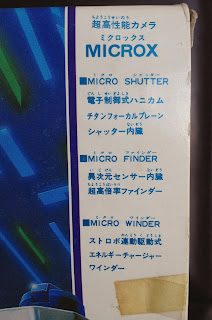 Like other Microman Micro Robot, each Camera Robot came with distinctive head designs that gave them unique personality.

Each Camera Robo was construct much like the Micro Robot with some die-cast parts. The figure had very limited articulation. The transformation was very simple and involved just folding up the legs and arms and than attach them together to form MICROX.
﻿ 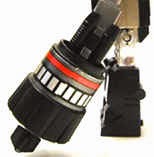 The "zoom lens" can be attach to Micro Finder gun to from a super gun. 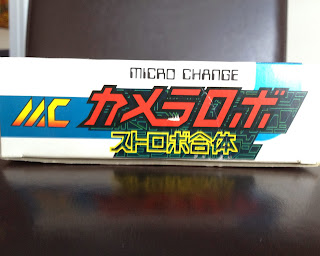 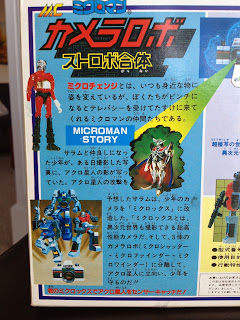 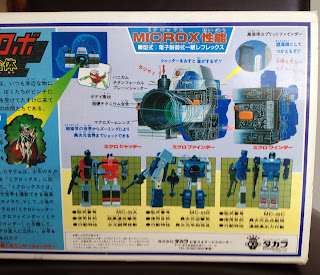 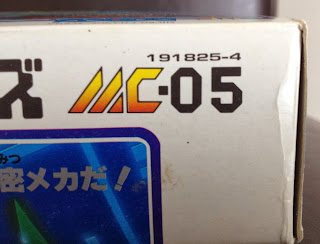 MC-05 was the only "combiner" robot in the Micro Change line which combined into a camera instead of a bigger robot. 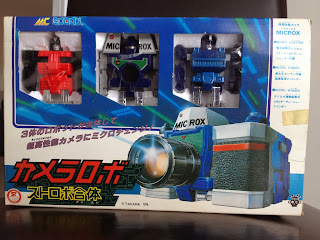 All in all, a very nice set to have in your collection!

Posted by acdecepticon at 12:13 AM